We're less than a month away from the greatest arms expo in Russia (if not in the world), I'm so incredibly hyped for this! We could potentially have the biggest influx of news since the May 9th parade! Let's hope we could hear new facts/news about Armata, Buk-M3, S-350, etc. It would be nice if we could see the BMPT model of Armata, IMO it would steal the show.


For people who are not aware how big of a deal RAE is, than just look no further than at RAE 2013 for an example:

So is it truly confirmed? The T-14, T-15, and the Coalition-SV will be apart of the public exhibition? Sweet! Can we finally see Armata BMPT PLZ???

Chances are they will available to the public eye, but will remain in static display...

Is the BMPT Armata even confirmed?
magnumcromagnon

Mike E wrote:Chances are they will available to the public eye, but will remain in static display...

Is the BMPT Armata even confirmed?

That's my question, technically speaking the BMPT would be classified as a T-15, a heavily modified IFV by that, so off chance we could potential see an actual BMPT Armata...but nothing is confirmed and or guaranteed. Honestly working out the kinks in the BMPT turret aside, we really need to see it in metal, even if not's finished, and or in a 'mock-up' turret state. I really would love to see the Gsh-6-23 in some form at RAE-2015...whether it's on a T-15 BMPT Armata, or on a UCGV...it's simply too beastly of a weapon to keep locked up!!!

I hope this year there will be more T-90 upgrade options like b3 and newer T-72B upgrades, something close to T-90AM level. Would be awesome!
Mike E

Chances are, we will see a T-72B3M with full Relikt.

I'm just hoping that the commander gets Hawkeye, or some kind of thermal sight.
GarryB

Ignore the BMP in the BMPT designation... the T-72/T-90 based BMPT is obviously based on a MBT chassis, and the Armata model will be T-14 based too, though the point is rather relevant because the real difference between the T-14 and T-15 is that the former has a rear mounted engine while the latter has a front mounted engine.

BMPT will have a rear mounted engine.

The BMPT is a tank support vehicle and has nothing to do with IFVs of any kind... and has no troop transport capacity either... the BTR-T is the tank based super heavy troop transport... in this case T-15.
magnumcromagnon

Interesting, according to GurKhan there will be a front-mounted engine version of the BMP-3 presented at RAE-2015 aka the BMP-3 'Dragoon', and it'll be slated explicitly for export. GurKhan believes it's targeting the UAE market:

Well there was a report a while back about a more drastic BMP-3M upgrade involving the UAE that was going to be a more radical upgrade... moving the engine would qualify I guess.

If it is for the UAE perhaps they are giving up the amphibious capability for a better positioned engine and improved entry exit arrangement.
magnumcromagnon

GarryB wrote:Well there was a report a while back about a more drastic BMP-3M upgrade involving the UAE that was going to be a more radical upgrade... moving the engine would qualify I guess.

If it is for the UAE perhaps they are giving up the amphibious capability for a better positioned engine and improved entry exit arrangement.

Suffice to say there isn't a lot of water in the UAE, they're about to face a water shortage some time down the road.

In your face Renault

Looks like Vann7's greatest wish has came true: At RAE-2015 they'll be discussing cooperation with branding agencies, public relations and marketing firms to help sell arms for export...let's just hope MOD spends the money wisely and not try to pay Activision to produce a non-Russophobic Modern Warfare™ game (which no doubt will still turn out shitty):

Fad or an element of the export policy?
Mike E

UVG already has a deal with Armored Warfare, who knows....

It was possible to see and get information on new machines created in the "Kurganmashzavod" (Corporation "Tractor Plants"). Unfortunately, I have no right to publish the fact that we managed to get, but I assure the right word, it is very impressive!
I generally like BMP-3, and I believe that its potential is far from being discovered. What CMH show exhibitions - one more proof of that.

And now briefly ... "Knight" - BMP-3 with a new MSAs are available, an appropriate name - "Hero". Some developments which, albeit on paper, but still have already been presented at the previous exhibition RAE-2013. Let me remind you of them: 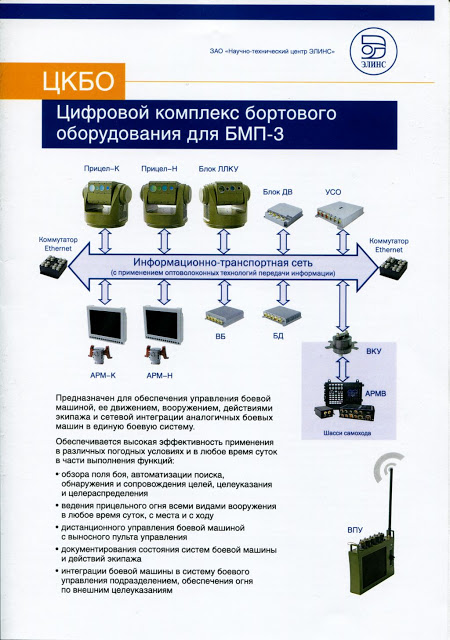 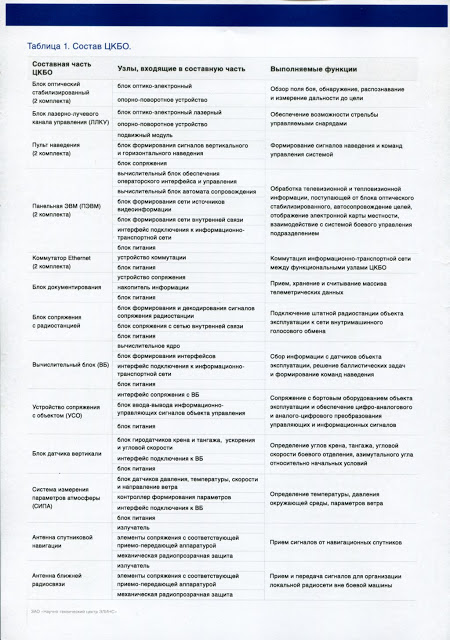 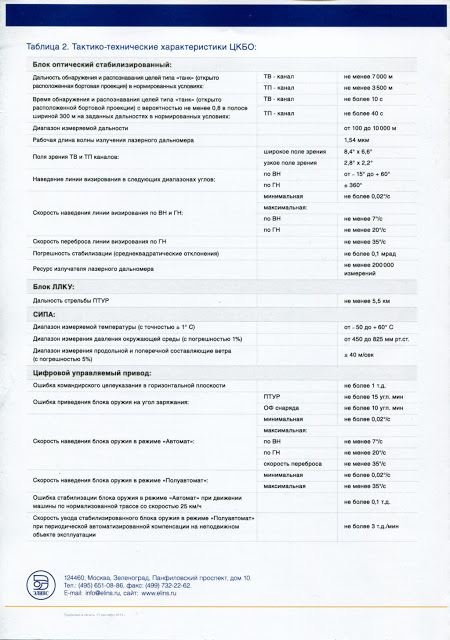 "Derivation" - a BMP-3 with remote-controlled weapon stations, equipped with 57mm automatic cannon SU-220M. Angles pumping vertical: -5 ... +60 degrees. The AZ 80 shots, and the total BC - 200. Ardent greetings UKBTMovtsam their BMPT! Personally, I whined and moaned about the need for 57mm machine with high elevation angles since 2002 - since the first show BMPT. And so it happened, but, unfortunately, not Tagil! There is clearly Kurgan machine builders are getting ahead. It should be said also about the JMA - a campaign to "derivation" is the same panorama as a "biathlon" T-72B4. Actually, personally I got the impression that if you give the task to design a forward-looking CMH tank, we get something better "Almaty was" in much more quickly. "Dragoon" - is generally pestnya! Nothing is going to talk about it right now, but as soon as I saw him, and proyachital TTX, the first question that arose in my mind: "If there is a" Dragoon ", the second tries ... then need a" Kurganets "?" Actually, if you remember the year my publications for the past two or three, where I have repeatedly criticized the "promising platform," make sure that I was right again! I would venture to suggest that native IO, "Dragoon" will not take - purely out of principle even if (they wanted a "Kurganets" - and they got it), but for export, "Dragoon" will fly away like hot cakes! Of course the car is still not quite ready to sample, but after a year or maximum two, it is quite possible to put on a series of sheikhs and ship - the latter will be very pleased to receive such a "toy" !!! 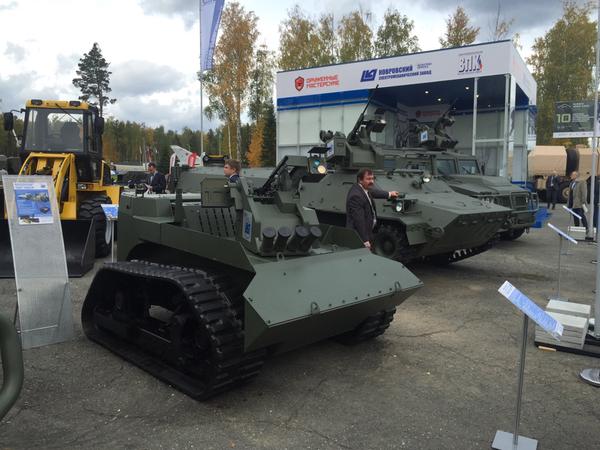 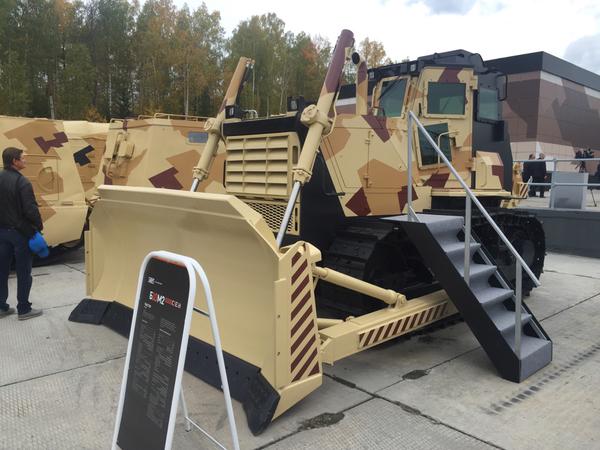 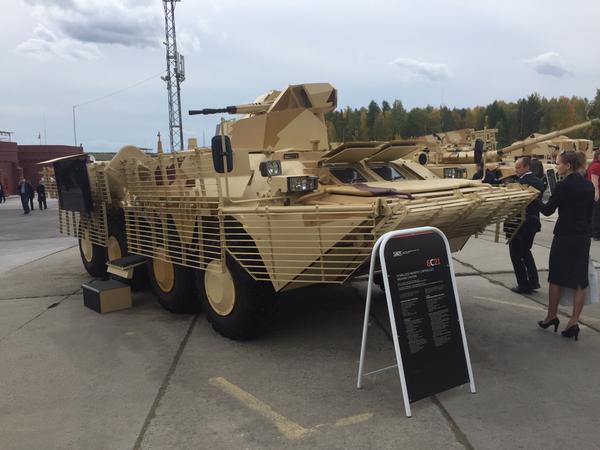 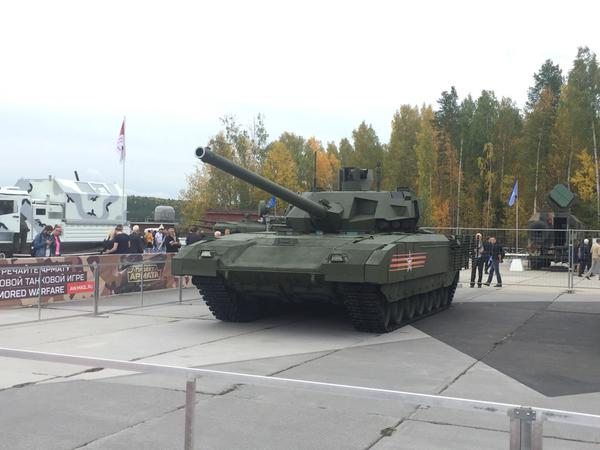 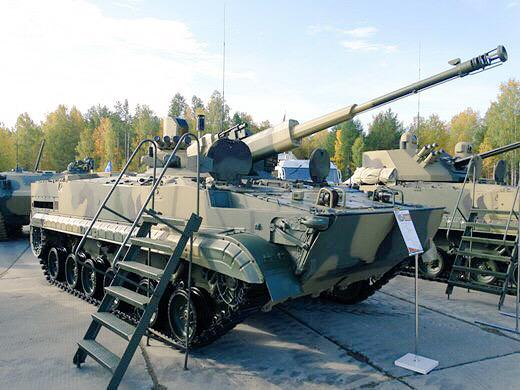 It looks bigger than a 30mm though. Can it be the 76 mm autocannon that everyone has been talking about ??
KoTeMoRe

It looks bigger than a 30mm though. Can it be the 76 mm autocannon that everyone has been talking about ??

The militarized version of the new Ural trucks?

Now I know why the U.S. State Dept. wants to put sanctions on Rosoboronexport...for 2015 it's order portfolio already exceeds $12 billion, which is a 10-fold increase over the past 15 years...hey Obama eat a dick!!!

"The portfolio of orders for Russian equipment exceeds $ 12 billion"

Interesting, i thougth they said no more BMP3s will be ordered, i dont mind it, just found it unusual. Well i guess than this is last BMP3 order for Russian MoD after this K25 will jump on the scene.
Sponsored content