Defense Minister Army Brigadier General Hatami: Khorramshahr IRBM ballistic missile can be guided until the "moment of destroying the target" and it can avoid and penetrate Anti-ballistic missile shield

Minister Says Iran’s New Ballistic Missile ‘Strategic Weapon’
Iran’s new homegrown ballistic missile that was unveiled on Friday can be guided through the final moments of engagement with the target, Defense Minister Brigadier General Amir Hatami said, describing it as a “strategic missile” at Iran’s disposal.
In comments on Saturday, General Hatami said that its remarkable operational range and unique features have made Khorramshahr a very agile missile.
The strategic missile can cross the enemy’s air defense zone and could be guided from the launch to the moment it hits the target, he added
http://tn.ai/1527647
yavar

The impact part is so fake...
yavar

Protecting against initial yank air assault  by conventional defences will be far from perfect . Impossible to stop every cruise missile and plane from hitting thousands of exposed civilian targets  . So in this initial phase , and before Iran pulls out of JCPOA , a show of offensive capability using ICBM , should be made .

After initial limited  conventional attack by yank , most probably after Iran withdraws from JCPOA , Iran should retaliate by conventional warhead attack by ICBM against yank target . A financial district . A port . A visible sign that will shut down a few cities .

I think this initial limited response    will by itself be so costly to the yanks , both politically  and economically , that they will stop any further attacks  .

This offensive action is by far the most effective response . If compared to hugely expensive and impracticality  of defensive regional responses . Closing the Hormuz will stop Iranian oil export also . And exporting through a northerly route is not practical yet . Not large volumes .

Hitting regional yank targets  will not cause extensive damage to their war effort . They will only start new bases and sell more guns to puppets . We must hit them where it hurts . In their home .

So before pulling out of JCPOA , show long range strike capability . And make it public . No more of this we only have missile with 2000 km range ! Or we can hit them in region . Or it's only a satellite launch . Show the big mamas!
GarryB

Escalating with violence probably wont help Iran... America will love it... bombing people is what they like doing... so much quicker and easier than negotiating or talking.

I would say based on past experience that a conventional cruise missile attack on US bases would be rather more profitable... certainly attacking economic targets in the region would be counter productive for Iran because the US will just retaliate in kind.

Personally if I was Iran, I would talk with both Russia and China, because you really don't want to go it alone... personally I would be talking to Russia about local licence production of Su-30 aircraft to replace the existing obsolete US types, but most importantly I would be looking at licence producing R-73s in their new digital version and the R-77 in the newest model too, and joint development of a new AESA radar complex for the aircraft.

The Su-30 is a good solid mature platform, with plenty of flight range, room for a good sized radar, and able to carry a lot of missiles, but most importantly, if it is locally produced they have control and they have a future with regard to future development of the type.

They will need to buy the engines from Russia no doubt because nobody gives that sort of technology away, but buy a lot of them and get a service centre for the engines built in Iran too... I am sure other countries in the region might consider Flankers if there is a local support network, or potential to set one up.

The Iranians might end up with 200-300 Flankers which makes service centres perfectly viable if not mandatory...

The way the US and Israel have behaved in Syria with S-300s and the IADS there I suspect if Iran spent some money on a decent level IADS too that they would have to show the same respect there too... especially if their air force is fully integrated into it too...

Lashing out at US forces nearby will only result in revenge attacks that might do some serious damage... and the western media will only report what they are told to report, so when US forces attack something that suits their interests to do economic rather than military damage to Iran no one will know except Iran.

For example... the only baby milk factory in the region... would mean you now have to import baby milk... ie a claimed chem or bio facility is attacked, but in reality it is actually an economic target...

You could also be really annoying and claim you believe terrorists are transporting illegal goods through the Persian gulf so all ships travelling through need thorough and time consuming searches... see what I mean?
yavar

Good to see . They said new sattelite will be built and relaunched . I suggested  that this time a dummy payload be tested first . Of the same weight as failed sattelite . So if rocket fails then no big loss . Also I suggest  to keep test launch and actual launch of new sattelite a secret , until after success confirmed . This is what the soviets used to do . Always report after successful  launch .

A conventional attack by ICBM against economic target in US mainland , after a prolonged attack by yank on Iranian cities , has no danger of escalating anything . War has already happened . It will have a disproportionate effect on their war effort . Crippling their cities and population . Will bring them to peace talks . Fighting against forces in region , will only fill the pockets of arms manufacturers in USA . Exactly what they want . If they persist with attack . Warheads will be changed .
GarryB

A few shipping crates fall off cargo ships in the middle of the atlantic and pacific just after the first US attack on Iran and then all of a sudden cruise missiles hit the Pentagon and White House... and one of Trumps Casinos in Vegas... perfectly legitimate in response to US attacks in my opinion...

Attacks on US bases in the ME would also be sensible and hurt the American position there and be perfectly justified by US aggression.

Threats to assist those who oppose the US including in Afghanistan and Syria in a more concerted way would also be useful threats and actions in response to US aggression...
yavar

The move was the latest show of military might by the country as it celebrates the 40th anniversary of the Islamic Revolution at a time of heightened tensions with the United States.

The link shows the missile, the vídeo an underground production facility and the missile.

1,000km is enough for sure.
Hannibal Barca

Hannibal Barca wrote:From Naft Shahr to Tel Avid it's 1027 km so the answer is that it is not enough

Better build undergound facility above flood area , or at least have entrances changed to above flood plain . There are examples on how to protect against water and natural cooling of facility .

The US walked out on the agreement regarding Iran and nuclear weapons... AFAIK Iran has never promised not to develop ballistic missiles or to want to defend itself from hostile US actions.
yavar


Iran Brigadier General Amir Ali Hajizadeh, the commander of the IRGC's Aerospace: US military vessels are within reach of our anti-ship ballistic missiles ( ASBM ) up to a radius of 2,000 kilometers, readiness of the forces to respond after shot down U.S MQ-4 drone in case of any U.S military retaliation

“In addition to US bases in the region, we have all their vessels, including aircraft carriers and warships, under fire of our missiles to a radius of 2,000 kilometers, and are constantly monitoring them,” the Iranian commander said.
He added, "They (Americans) thought that they could get out of our range of [missile] fire if they stand 400 kilometers away [from Iran's territorial waters]. However, no matter where they are, if a conflict is ignited, their warships will be first to be targeted by our fire."
https://www.presstv.com/Detail/2019/09/15/606255/missile-Iran-IRGC-Hajizadeh-Trump-strike
yavar 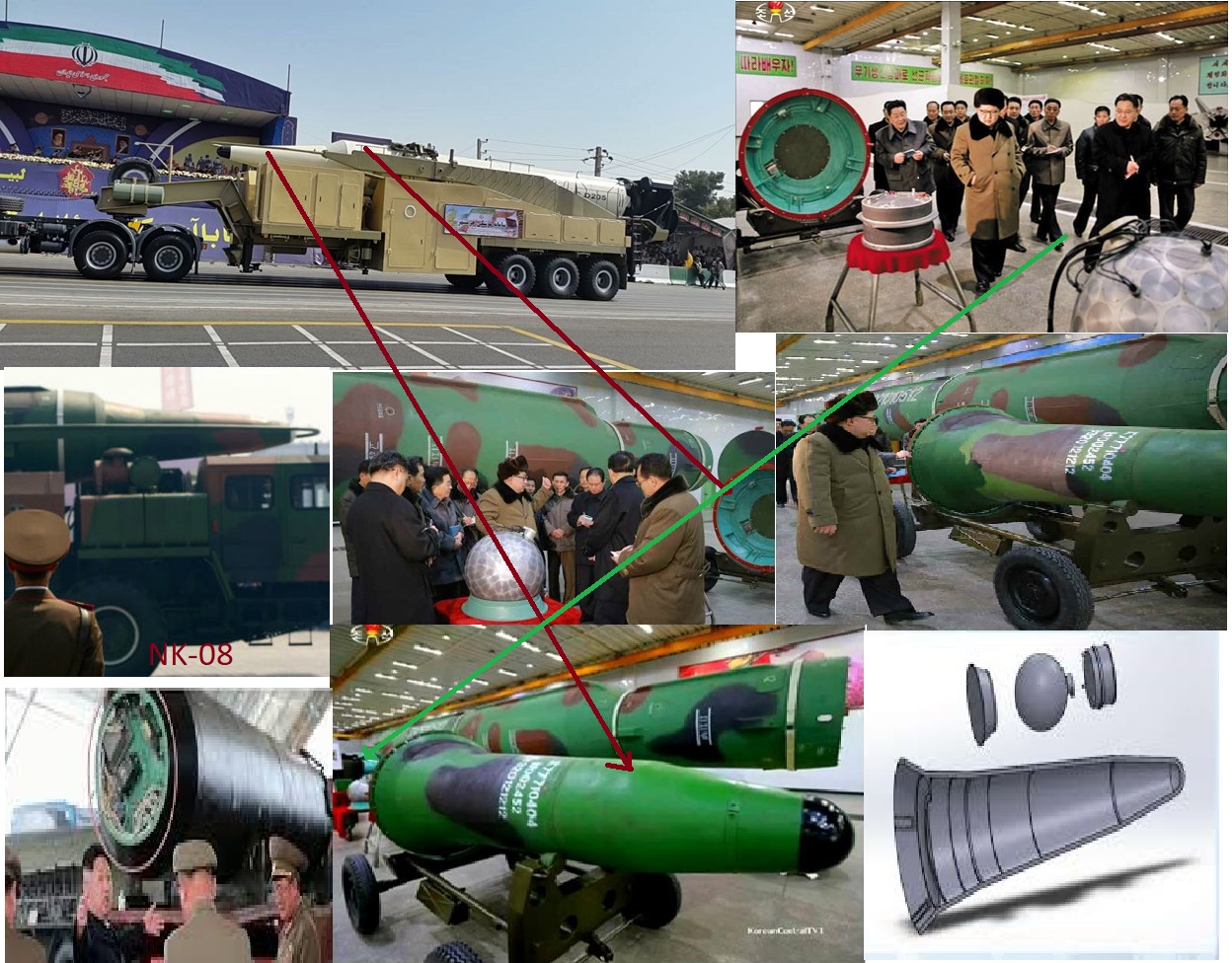 Beastly looking. Any vids or stills of them hitting targets? What is the guidance like on them re accuracy etc?
yavar

He added the weapon has passed laboratory tests and is now being manufactured in the assembly line.


The deputy minister also pointed to the latest advances in the country’s missile industry, saying the range and precision of ground-launched cruise missiles have been extended with a new digital mapping system whose testing stages will be over in the near future.
https://www.tasnimnews.com/en/news/2019/11/16/2141345/mass-production-of-laser-cannons-starts-in-iran