Details of each competitor are at the link below

The 4 P-75I submarine designs are from France, South Korea, Spain and Russia.

Challenges are likely to include the Indian Navy's requirements for AIP (Air Independent Power). And possibly a vertical launch system (VLS) for Brahmos missiles.

The Indian Navy's P-75I submarines will be larger and much more potent than the Kalvari Class now entering service. They will be the bedrock of India's submarine fleet at a time when the strategic focus is leaning towards China as well as the traditional adversary, Pakistan. There are 4 contenders.

There are four contenders for the Indian navy’s next-generation P75I submarine. They are currently submitting design proposals to the Indian Government. Whatever the outcome the boats are expected to all be built in India. So the deal will factor in political and industrial considerations as well as naval requirements.

The four contenders are the Barracuda from France, the S-80-Plus from Spain, DSME-3000 from South Korea and Amur design from Russia. Germany had also been a contender but recently said that they dropped out.

All of the contenders have their merits and it is likely to be a tough choice for the Indian Navy. Below we outline the different designs.

The Indian Navy’s detailed requirements have not been shared. Based on reports and analysis of their current capabilities, investments and threat focuses, two things seem sure. The first is that P75I will have AIP (air independent power). The second is that they would prefer a VLS to launch Brahmos anti-ship missiles. Taken together, the P75I will have to be much larger than previous Indian navy conventional submarines.

Both the AIP and VLS will present challenges and difficult decisions. Like all major submarine projects, trade-offs will have to get made. India has developed its own fuel cell AIP which it is planning to fit to the current French-designed Kalvari Class (Scorpene type). This is a logical choice for the P75I also, particularly from the perspective of indigenous industry. However the Indian Navy is likely to be very interested in the AIP already available with the designs. Incorporating the local AIP would increase development risks, and close off opportunities to access better AIP systems.

The VLS will be a challenge because all the contenders are relatively small boats. It is unclear how dependent the contract will be on a VLS, or whether alternative missile options will be considered. The Amur class is just an export version of the Lada class SSK.

Obviously if India wants an AIP then that is what the Russian sub will get, but I suspect for Russian Navy use they have already decided that AIPs lack the power necessary to be useful so extra Li ion batteries will likely be used instead.
Sujoy

Obviously if India wants an AIP then that is what the Russian sub will get, but I suspect for Russian Navy use they have already decided that AIPs lack the power necessary to be useful so extra Li ion batteries will likely be used instead.

India already has the eco system in place for Kilo class subs. Russia is constructing new Kilos. What Russia should do is quickly lease a few Kilos to India, say 3-4 from their own inventory, which India can then purchase over a period of time.
miketheterrible

AIP is just trying to give subs the ability of what Nuclear subs have - longevity under water. It is rather useless for Russia since their nuclear subs are the ones used for long endurance both in range and how long it can stay submerged while its diesel electric subs are meant for border patrol and doesn't require long time submerged.

I find it rather silly that they try to aim for that with these subs tbh. But I guess it makes sense for nations who cant afford a proper nuclear sub program but want some kind of capabilities as one that does.
Isos

It's better than all of the above with its small size. If they make it 2m wider and 30m longer to have the dimensions of the ones above it could be armed with 30 VLS and 12 torpedos easily. 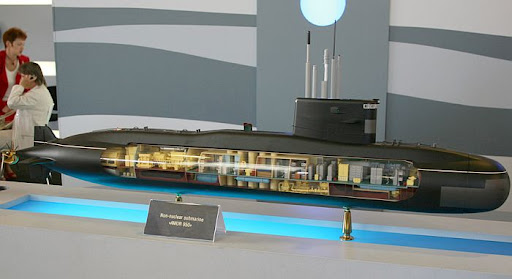 From what the Japanese said about AIP it sounds like the theory is much better than the practise... normally a diesel submarine will operate on batteries till they get low and then they will near the surface and run their diesels to charge up the batteries... it probably takes 4-8 hours depending on the type, but once fully charged it can then operate for a week or so on the batteries.

With AIP the problem is that AIP does not generate a large amount of electrical power all at once... so it would probably take days or even a week to recharge the batteries fully using only the AIP which means for days to weeks your sub is not very much use... it is well hidden, but not very effective as it will have to creep around at very low speeds and likely will have most systems turned off so the batteries get charged faster.

Essentially the Japanese have said that removing the AIP and replacing it in volume and weight with more lithium ion batteries greatly improves performance.

The lesson the Japanese have learned that if you take out the AIP system and fill that space with more Li ion batteries you get three weeks of electric running for the penalty of perhaps 4-6 hours of charging... which is perfectly acceptable because the real difference is that with batteries only you get a much higher percentage of the patrol period where you are ready for action.
Broski

GarryB wrote:The lesson the Japanese have learned that if you take out the AIP system and fill that space with more Li ion batteries you get three weeks of electric running for the penalty of perhaps 4-6 hours of charging... .

What's the endurance of most diesel-electric subs?
Isos

They should add a pantsir system so that the sub can sail on the surface. Ships will be detected far away and they can hide bellow the waves on time.

Main issue is helicopters and patrol aircraft but they use very short range torpedos and dumb deapth charges. A new pantsir can shoot them down from 20-40km away both.

A kilo class has 12000km range on surface but only some 300km when submerged.
GarryB

A kilo class has 12000km range on surface but only some 300km when submerged.

Obviously the distance the sub can travel depends on how much distance it needs to cover and if it is transferring from one area to another then using diesel engines and snorkelling all the way makes more sense because you can do near top speed, whereas running on batteries and submerged you might be doing a few knots speed...

AIP wont improve your transit speeds and you would still need some diesel generators anyway...


What's the endurance of most diesel-electric subs?

Each sub is different and of course depends on size and weight and crew size as well as the weight of batteries and amount of fuel carried etc etc.

The Improved Kilo (636) is a good sub, but by design the Lada is about 800 tons lighter and with a much smaller crew and similar armament and much better sensors.

Regarding missiles on subs the new Redut SAM system is interesting because the 9M100 missile is a short range IIR guided missile with a two way data link that can be launched without a lock on target... some sort of IRST with a 360 degree FOV could be released to float to the surface and look for aerial targets with perhaps an IR thermal imaging system to then zoom in on any targets for ID... the location can be calculated and a 9M100 missile launched to attack that target on its own without surfacing at all.

The full Redut system could be fitted with AESA arrays on the sides of the island on the sub so it could engage targets up to 150km away or more with ARH missiles of the 9M96 family.

Would be a very new and very different use of SSKs though.
Kiko

Since 2019, India’s opposition parties have been trying to get parliament to investigate the controversial €7.8 billion ($8.7 billion) Rafale fighter jet deal between the Indian government and Dassault Aviation. The government claims no wrong was committed in making the agreement, even after several media reports indicating the contrary.

French online portal Mediapart made a report on Monday, citing documents it had obtained, that Dassault Aviation, the manufacturer of the Rafale fighter, paid more than €7.5 million to an intermediary in an attempt to win a multi-billion Indian fighter jet contract.

The investigative website said that the kickbacks had been paid to the influential defence middleman Sushen Gupta between 2007 and 2012.

Mediapart has also made serious allegations against India’s Central Bureau of Investigation - which is subject to inquiry in a separate defence deal - saying the agency did not take action despite having “proof” against Gupta.

“It involves offshore companies, dubious contracts, and ‘false’ invoices. Mediapart can reveal that detectives from India’s federal police force, the Central Bureau of Investigations (CBI), and colleagues from the Enforcement Directorate (ED), which fights money laundering, have had proof since October 2018 that Dassault paid at least €7.5 million in secret commissions to middleman Sushen Gupta,” said the report.

In November 2019, the Supreme Court of India declined to order a criminal investigation into the deal despite an official complaint by lawyer, Prashant Bhushan, and former BJP ministers, Yashwant Sinha and Arun Shourie.

In September 2016, India signed a deal with France to buy 36 Rafale fighter aircraft in a deal worth more than €7.8 billion.

The original contract signed in 2014 was for 126 jets; however, the Narendra Modi government revised the deal to reduce the number of jets to 36 fully loaded aircraft.

The opposition Congress party has alleged that the Modi government bought the jets at an inflated price.

"Rosoboronexport with the Sprut-SDM1 lightweight amphibious tank will take part in India’s tender for the delivery of light tanks and will offer the technology transfer and, quite probably, the arrangement of local production of separate units and assemblies," Alexander Mikheyev said.

Many suspicions around the fact that Indian Chief of Defence Staff died in a helicopter crash just after the agreement to deepen military ties was signed with Russia...
Isos

LMFS wrote:Many suspicions around the fact that Indian Chief of Defence Staff died in a helicopter crash just after the agreement to deepen military ties was signed with Russia...

Well it's not a decision that he took alone. Neither his death would change it.

Indian and maintenance of their flying stuff is, how to say that, shitty.

Isos wrote:Well it's not a decision that he took alone. Neither his death would change it.

Indian and maintenance of their flying stuff is, how to say that, shitty.

There are different people with different interests in the Indian establishment and indeed there will be people more in favour of a sovereign policy and others very happy to remain clients of the West and eager to prevent their privilege from being removed. So we don't know for sure what was the real reason for the crash, but the motive for a sabotage is indeed present