With new tank Armata and maybe other new hardware to be presented in the parade, i made a seperate thread for this year's victory day parade which is going to be very interesting.
George1

"On February 25, a mechanized column consisting of three Yars intercontinental ballistic missile systems left their permanent base in the town of Teykovo in Ivanovo Region and is now on its way to the village of Alabino in Moscow region. The Yars mobile systems will cover more than 400 kilometers of the route, including federal highways with high traffic intensity," Russian Strategic Missile Forces spokesman Igor Yegorov said.

Teykovo's Strategic Missile Forces unit has been taking part in Victory Day parades in Moscow since 2008.

The RS-24 Yars is a solid fuel-based thermonuclear intercontinental ballistic missile equipped with a multiple independently targetable reentry vehicle. It was first tested on May 29, 2007.

The 2015 Moscow Victory Day Parade is due to commemorate the 70th anniversary of the capitulation of Nazi Germany in 1945, which formally ended hostilities in the Second World War in Europe.

According to the publicly available information from the zakupki.gov.ru website there are a number of orders for Victory Day parade:

They have a night rehersal tonight, friday, perhaps some photos or videos of T-14 will emerge.

Honestly given the recent revelations I am more interested in more details of the Coalition.

If everything goes as written, it will be a huge capability leap. More so than Armata over T-90 IMO.
mack8

So have these rehearsals taken place this morning? Anything filtered out? Or have they been postponed?
TR1

I can only guess Armata was shown and the shockwaves broke the site.
Cpt Caz

I can only guess Armata was shown and the shockwaves broke the site.

Yeah, it was down earlier but I didn't think anything of it. Now I'm practically tearing my hair out waiting for it to come back online. Damn you TR1!

I can only guess Armata was shown and the shockwaves broke the site.

Yeah, it was down earlier but I didn't think anything of it. Now I'm practically tearing my hair out waiting for it to come back online. Damn you TR1!

Haha, it is still down

Weakness spotted T-14 is a bad design due to the fact that it is not being shown, This means that it is not a good tank. Abrams fan boys were right...

VladimirSahin wrote:Weakness spotted T-14 is a bad design due to the fact that it is not being shown, This means that it is not a good tank. Abrams fan boys were right...

It has the same cloaking device Russia is testing in Novorussia.

Russia strong crew responds that T-14 has been revealed multiple times... it is just stealthy and you can't see it...
Big_Gazza

Armata is protected by a synthetic version of the Jedi mind-trick.  Weak minds are prevented from seeing it, and their eyes simply slide off its magnificence.

In that case, the US Army tank gorillaz are REALLY gonna be screwed....
zg18

Something being transported for Moscow V-day parade 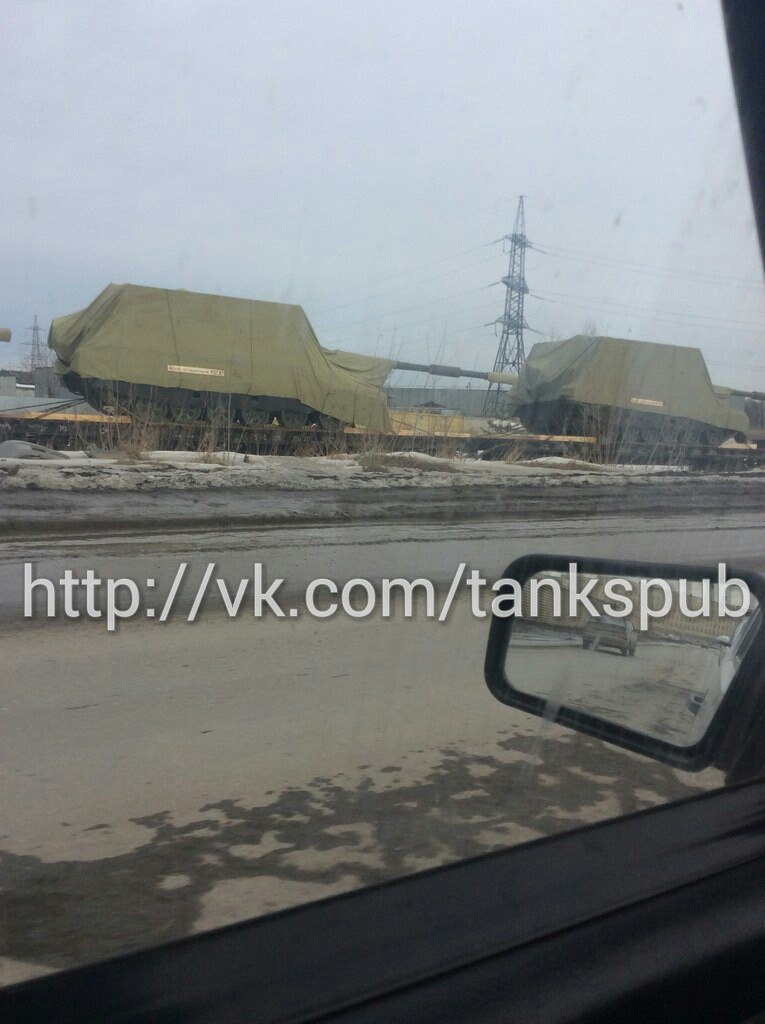 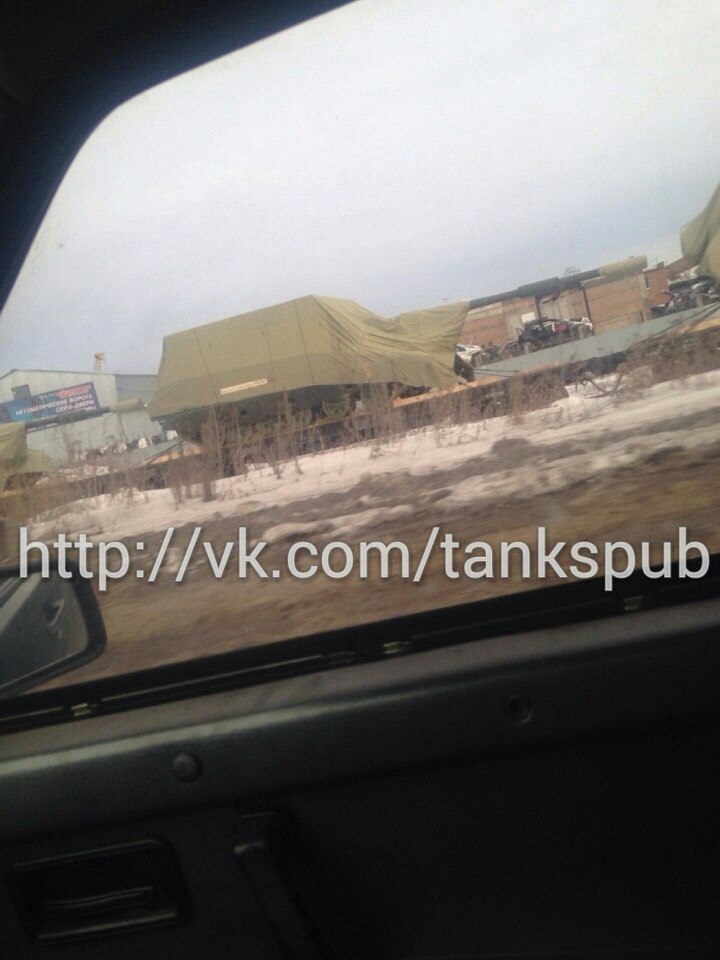 prolly koalition on heavily modded t-90 chassis. it wont have that much uneven spacing of rollers comparable to MSTA in T-80 chassis if the front of the hull is as armored as armata's.
George1

Angela Merkel not to attend Victory Day parade in Moscow

good, no one needs that fat swine in moscow, period. Let's hope new greece's governement will attend, and any other euro country that so far rejected the sanctions on russia and the global hate campain.

France played both ways since the begining, let's see if hollande will attend, france was one of the big winner of WW2 and france-russia friendship during the war ties both nations no matter what bullshit US and their dogs try to put in our heads in these dark days.

If US brag about sending someone (surely not obama) I hope russia will publicly sate "no, thanks" and say that they don't need a representative from a country engaged in a multifaceted war against russia, russian people and russia's interests.

US can have their own parade about how they won single-handedly the WW2 if they want. About how they suffered to liberate the world... Total US civilian + military casualities don't even come close to a half of the victims of the siege of Leningrad ALONE.

It's so funny how US often states "countries with a military parade are dictatures, outdated" etc.. but them having no similar event in their own yard, doesn't prevent them from being the worst, most insidious and most virulent warmonger criminal state the world have ever seen so far.

Let those fool pile up abrams and bradleys in baltic states as if there were no tomorrow, US tax payers will enjoy.
George1 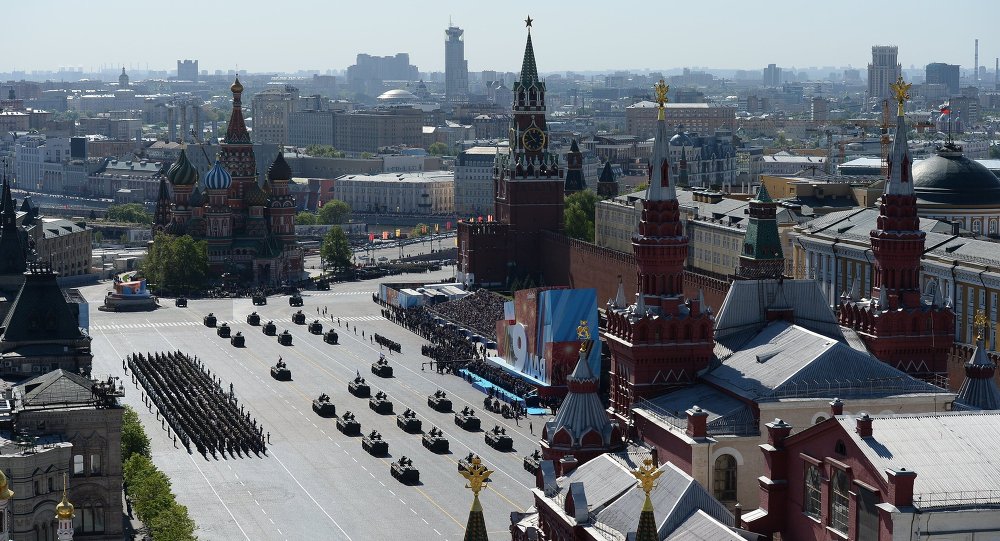 30 leaders confirmed their participation in the Victory Day celebrations and military parade in Moscow.

MOSCOW (Sputnik) — Over 30 leaders confirmed their arrival in Moscow for a Victory Day parade on May 9 to commemorate the 70th anniversary of the Soviet victory over Nazi Germany, the Russian Izvestia newspaper reported Tuesday.

“Invitations were extended to many heads of state and chiefs of various organizations. By the end of January 2015, 20 leaders confirmed their participation in the celebration on Red Square. By the beginning of March, there were over 30 [countries],” Izvestia reported, citing a source in Russian Foreign Ministry.

According to the newspaper, more details on high-ranking guests will be revealed by April, however, it is known that the leaders of Asian, Middle Eastern countries, members of the Commonwealth of Independent States (CIS), Shanghai Cooperation Organization (SCO) and BRICS (Brazil, Russia, India, China and South Africa) are more likely to accept the invitation rather than the leaders of the EU countries.

The move reflects the recent tensions between the West and Russia amid the conflict in eastern Ukraine and Moscow's alleged involvement in the region's affairs.

No Merkel, Tusk or Cameron?  I don't think the Kremlin is going to start crying into the vodka if they don't have the Three Stooges on board...
GarryB

To absent... frienemies? (Make mine a double)...
magnumcromagnon

Ferkel Merkel (my German speakers understands what that means) not intending? That sow still but hurt over the results of WW2 lmao? Crimea a river!
George1

The leaders of 26 countries have confirmed that they will take part in Moscow’s Victory Day celebrations on May 9, Russia’s Foreign Minister Sergei Lavrov said Tuesday.

"We have invited for example our American colleagues to participate in [the] parade on 9th of May… Up to them to decide," Antonov said in an interview with RT news channel.

Over 15,000 servicemen from more than 10 countries will march on Moscow's main Red Square on Victory Day, according to Russian Defense Minister Sergei Shoigu.

Earlier, US President Barack Obama declined Moscow's invitation to attend the Victory Parade, commemorating the 70th anniversary of Nazi Germany surrender, because of a busy schedule.

On Tuesday, Russia's Foreign Minister Sergei Lavrov said the leaders of 26 countries confirmed that they will attend the May 9 celebrations in Moscow.

OFFTOPIC AND OLD NEWS : Nearly 5,000 new emergency bomb shelters will be built in Moscow by 2012 to save people in case of potential attacks.