US Air Force: Discussion and News

March 12th, 23:34
The U.S. Air Force reported that the first built new Boeing F-15EX (military number 20-0001, serial number EX-1) arrived at Eglin Air Force Base in Florida on March 11, 2021, and was officially transferred to the U.S. Air Force the day before. Boeing's St. Louis facility after completion of factory flight tests. This aircraft, which is the first flight prototype of the latest modification of the famous fourth-generation fighter F-15 Eagle, made its first flight in St. Louis on February 2, 2021.

The aircraft entered Eglin Air Force Base with the 40th Flight Test Squadron of the 96th US Air Force Test Wing and will be used for testing. By the end of March, the second F-15EX aircraft is to be transferred to the 40th ekadrilya.

Recall that on July 13, 2020, the US Department of the Air Force issued Boeing a contract worth $ 1.192 billion for the production and delivery of the US Air Force's first eight new fighters of the new F-15EX modification, the so-called Low Rate Initial Production (LRIP). Their purchase was previously authorized in the US defense budget for fiscal 2020.

Thus, the US Air Force returned to purchasing fourth-generation fighters 15 years after the termination of their supply - the last F-15E fighter was delivered to the US Air Force in 2001, and the last Lockheed Martin F-16 fighters in 2005.

The US military budget for fiscal 2021 has allocated funds for the purchase of the next 12 F-15EX fighters, with an additional 72 aircraft planned for the next four fiscal years. In general, the framework contract issued by Boeing on July 13, 2020 is set at $ 22.89 billion, and apparently covers the cost of 144 F-15EX aircraft, which the US Air Force previously intended to purchase in total, with the continuation of the F-15EX purchases for at least Fiscal year 2030. Later, there were reports that the US Air Force was planning to purchase a total of 200 F-15EX fighters.

Of the eight first F-15EX fighters ordered, the first two are due to be handed over to the US Air Force by the end of the first quarter of 2021 (and the first was delivered on time), and the remaining six by FY2023. All eight of these aircraft will be delivered to Eglin AFB as part of the 40th Test Squadron and will be used for testing. Delivery of production F-15EX aircraft is due to begin in fiscal 2023, with the 123rd Fighter Squadron of the 142nd Fighter Wing of the Oregon Air Force, based at Portland AFB, the first to receive them.

The US Air Force plans to replace some of the Boeing F-15C / D Eagle fighters with F-15EX fighters. The F-15EX is a two-seat fighter (contrary to Boeing's original single-seat F-15X) and should be equipped with modern avionics based on the digital highway concept and Open Mission Systems (OMS) architecture, including the Raytheon AN / APG-82 series radar. with AFAR. The F-15EX is said to be capable of carrying up to 22 air-to-air guided missiles or "hypersonic weapons up to 22 feet long and weighing up to 7,000 pounds." The aircraft will be equipped with conformal tanks.

On February 28, 2021, the US government officially authorized Boeing to offer the F-15EX fighter jet as a candidate for an endless tender for the purchase of 144 new fighters for the Indian Air Force. It is reported that a number of countries are showing interest in acquiring the F-15EX. 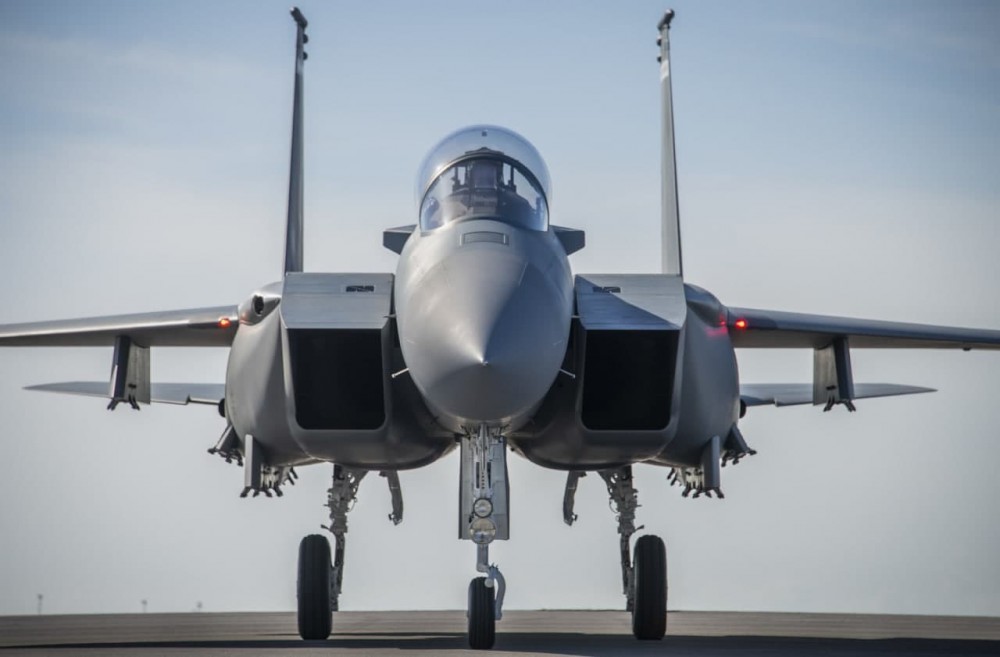 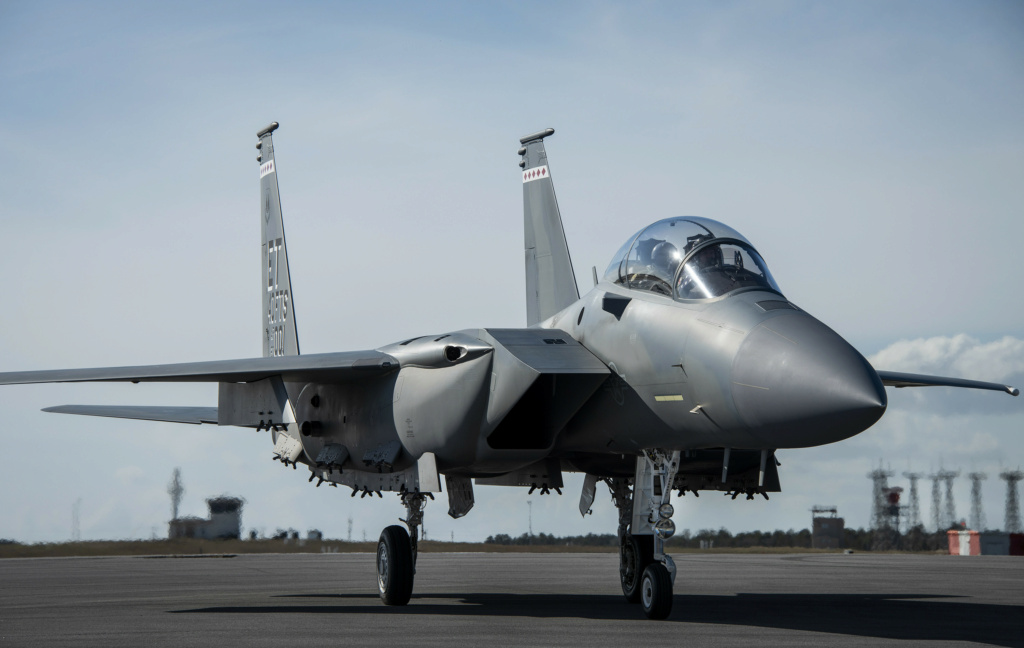 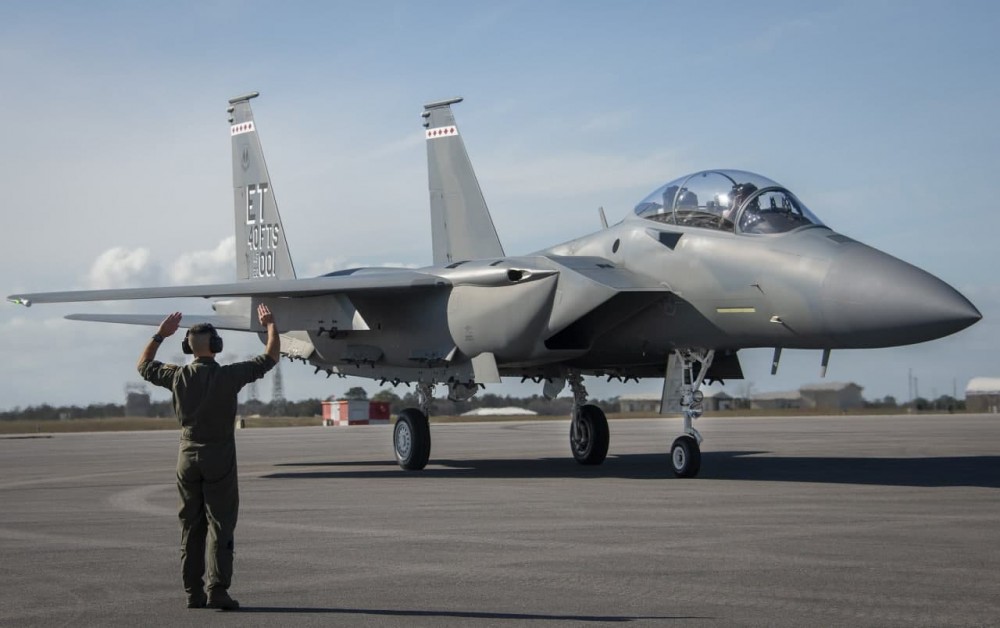 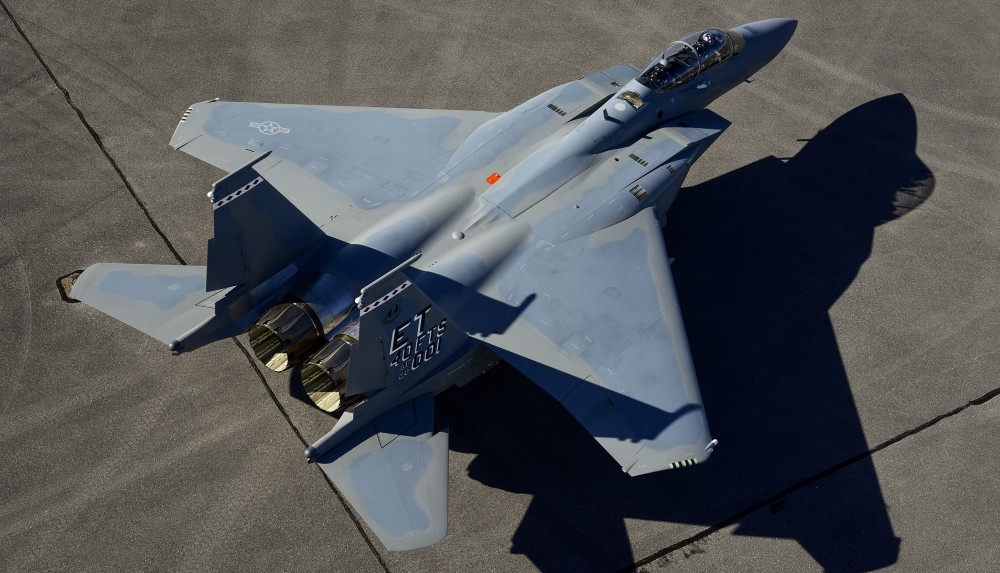 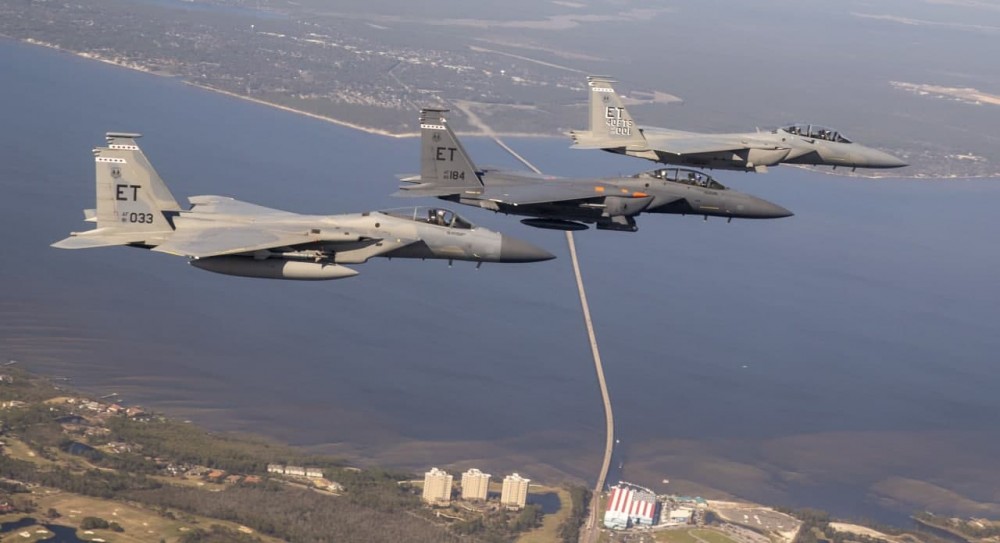 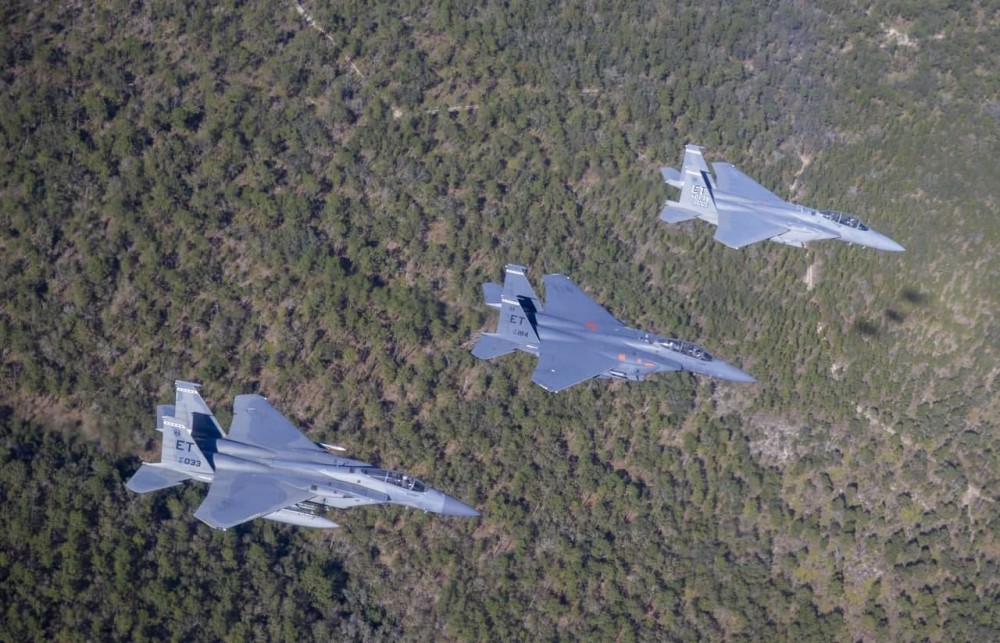 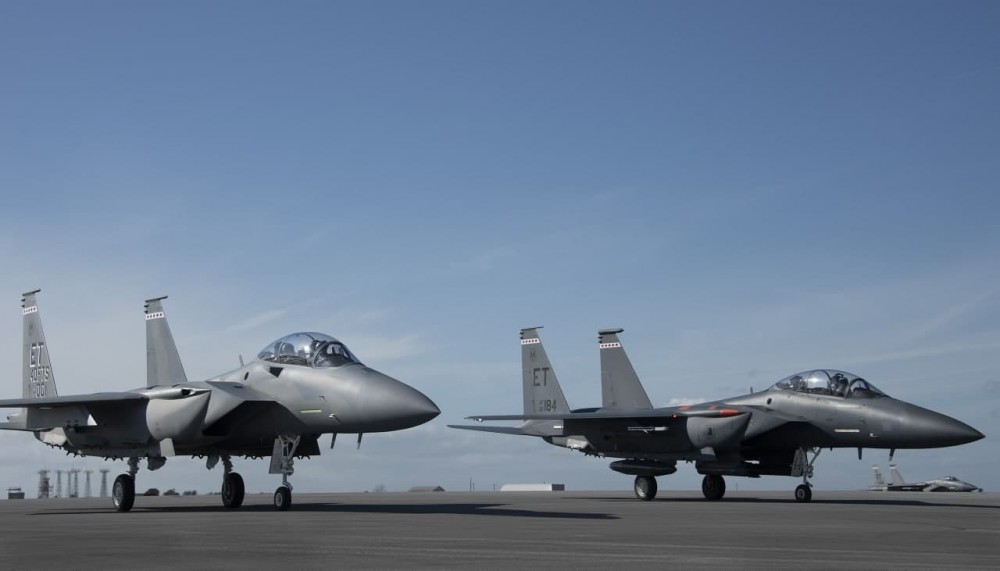 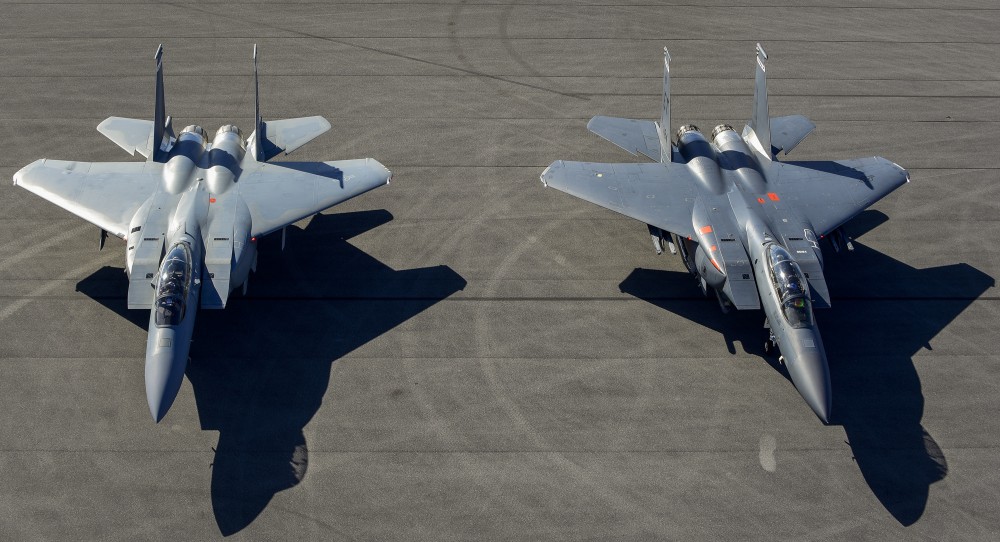 The only time that thing will carry 22 AAM´s is for PR stunts.
Backman

This Is the F-36 Kingsnake. It Could Be the Air Force's Next Fighter Jet.

Meet the new, "non-stealthy" fighter that may replace the F-16.

The U.S. Air Force has expressed interest in a new, non-stealthy fighter jet to replace the F-16.

Several aviation experts have banded together and invented a new jet out of thin air.

The result, the F-36 Kingsnake, would use the F-22’s engines, place less of an emphasis on stealth, and use digital engineering.

The Kingsnake is equipped with an AN/APG-83 advanced electronically scanned array radar— the same one used in the latest version of the F-16—and an infrared sensor system derived from the Legion electro-optical targeting pod.

A “Luddite Czar” would prevent new technologies from creeping into the jet, drawing out the jet’s development time and increasing the likelihood Kingsnake would fall behind. Like the F-16 it would replace, the Kingsnake would be a multi-role fighter jet capable of air-to-air and air-to-ground missions. The jet would carry missiles and guided bombs in internal bays, but as a non-stealthy plane, it would pack both on wing-mounted external hard points. The Kingsnake would also a gun, making it capable of strafing attacks against enemy ground forces. 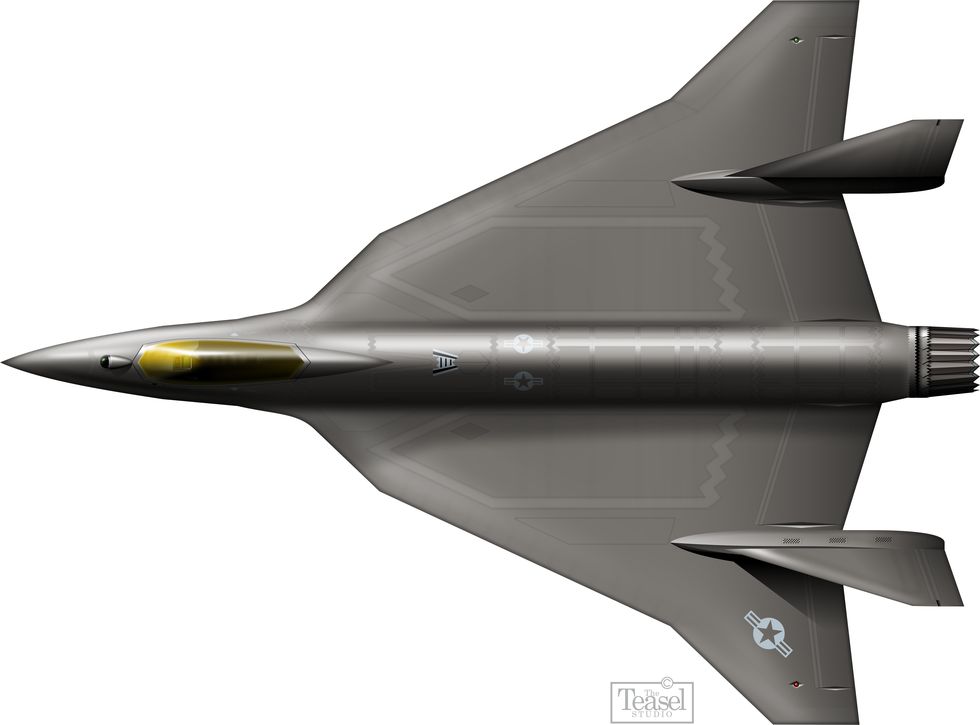 They designed it at Hush-kit, sadly they don't give many technical parameters and worst, they don't have a good engine for it. I would thing a F-16 with a reduced size F135 (or increased BPR F119 with axis-symmetrical nozzle) and bigger wing would be the easiest, safest way, if there is any truth at all in what Brown said (which I doubt). The biggest problem of the original F-16 for modern requirements both aero and RCS-wise is the single tail, the model would be even more valid today than what it still is, if the selected configuration would have been a twin tailed one: 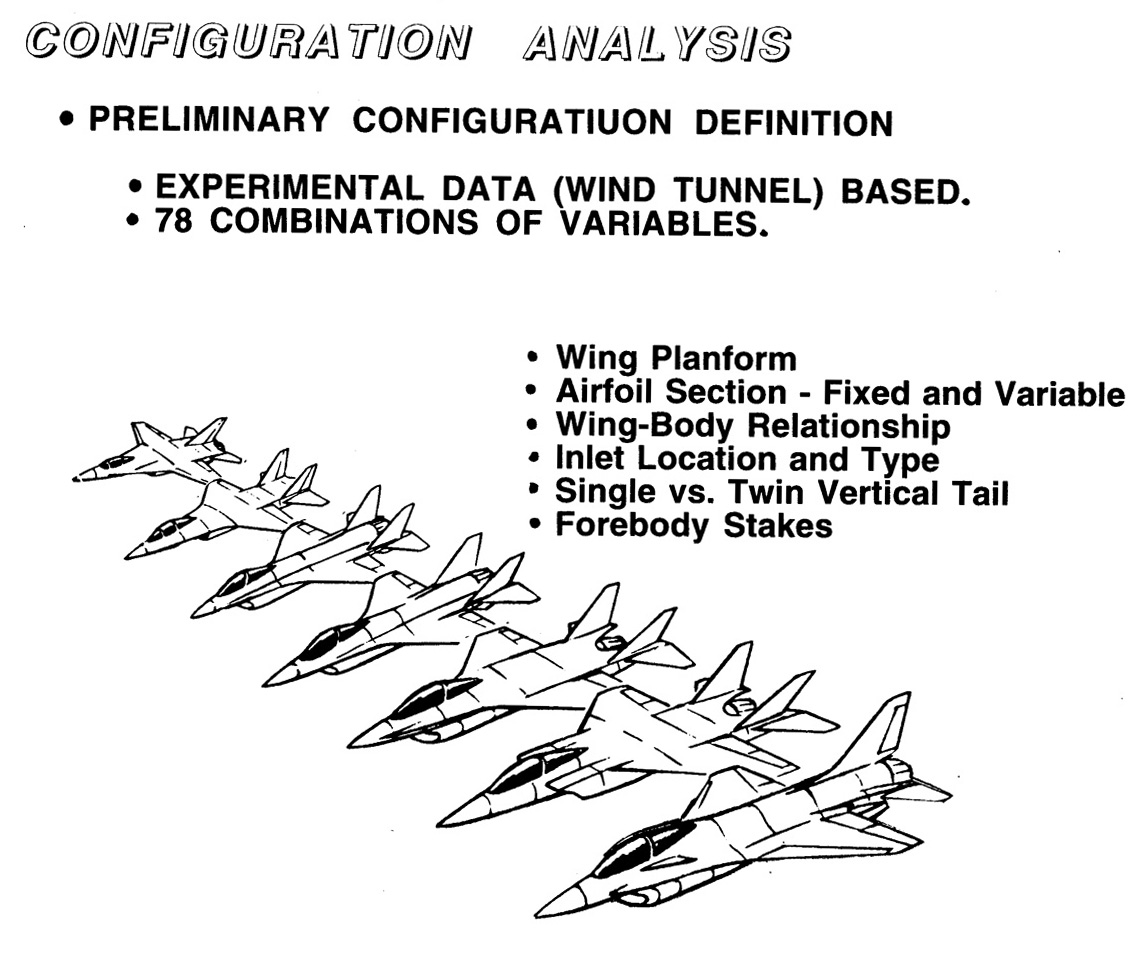 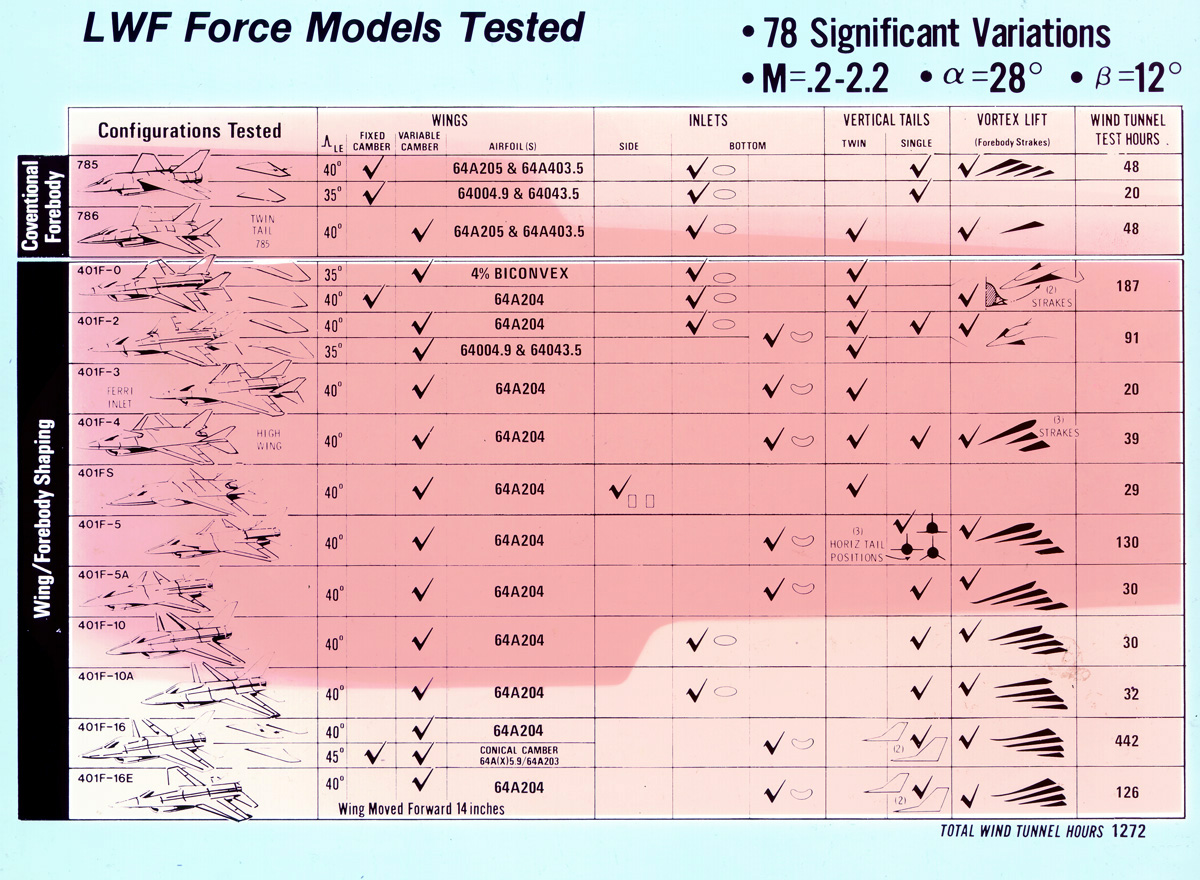 BTW, this link and specially the included pictures from a presentation by Harry J. Hillaker is an absolute must for anyone liking the F-16 or wanting to learn about combat aircraft in general:

On April 7, 2021, at the American Eglin Air Force Base in Florida, the US Air Force held an official presentation of the first new Boeing F-15EX multifunctional fighter they received (military number 20-0001, serial number EX-1). It was announced at the ceremony that the F-15EX was officially named the Eagle II. 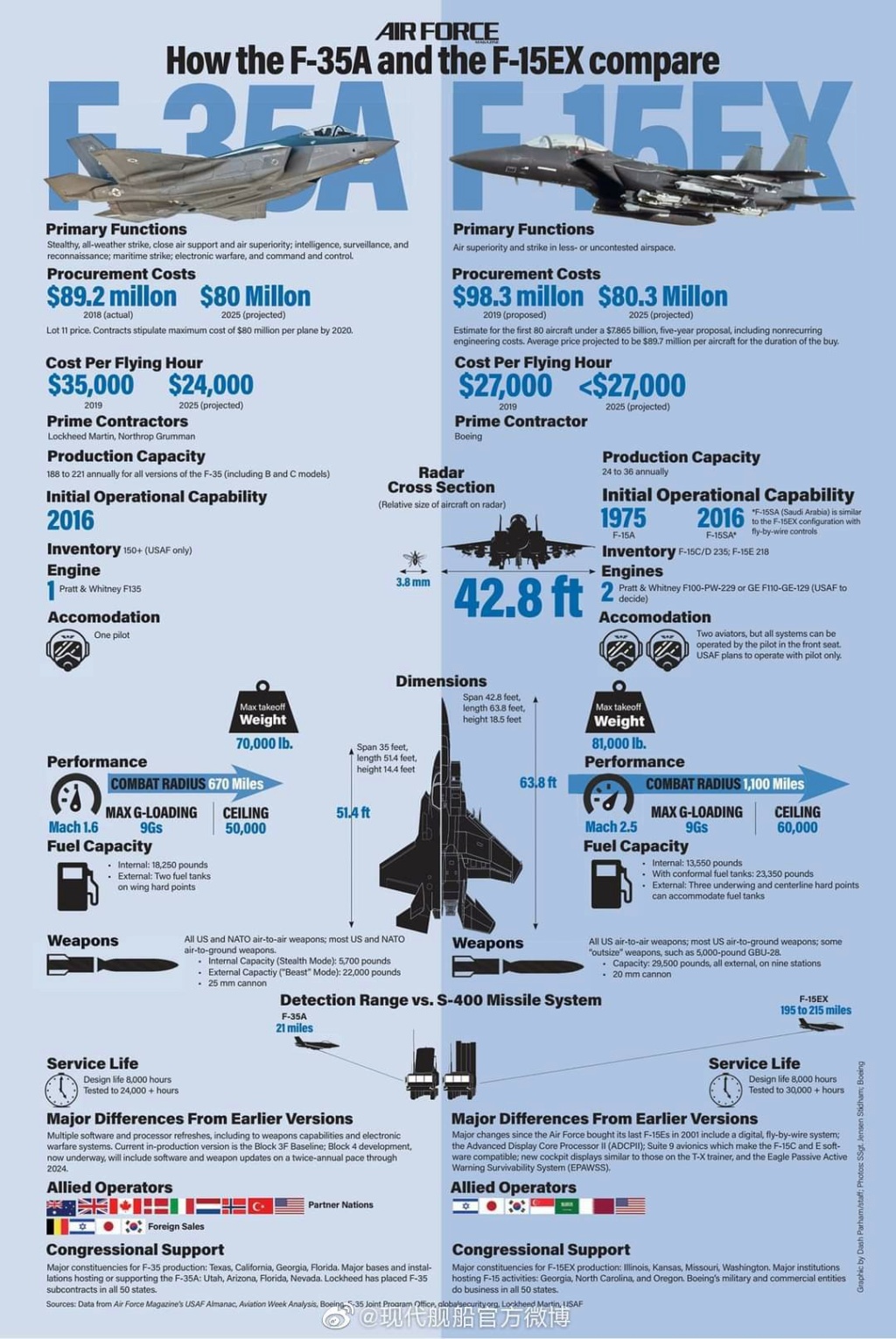 The Korean KF-21 would fit good into the US air force to close the gap left by the over reliance on the F-35. It is packed with off the shelf parts , nothing too fancy. So it would be relatively cheap. The US should co produce it.
GarryB

If you wait long enough what goes around comes around.... so they are talking about an F-16XL with two vertical tails...

@LMFS, that top image looks like a family tree when you get an F-16 and Yak-141 to have babies...
Tsavo Lion