15 years ago, those optronic heads used to be so expensive, that only extremely costly attack helos were the right application.
Now, one can put them on toys, and single-use platforms ...
Amazing.

Not just the price going down, but the quality of the video and thermal imagers, and of course the advanced stabilisation systems are impressive too.
Russian_Patriot_ 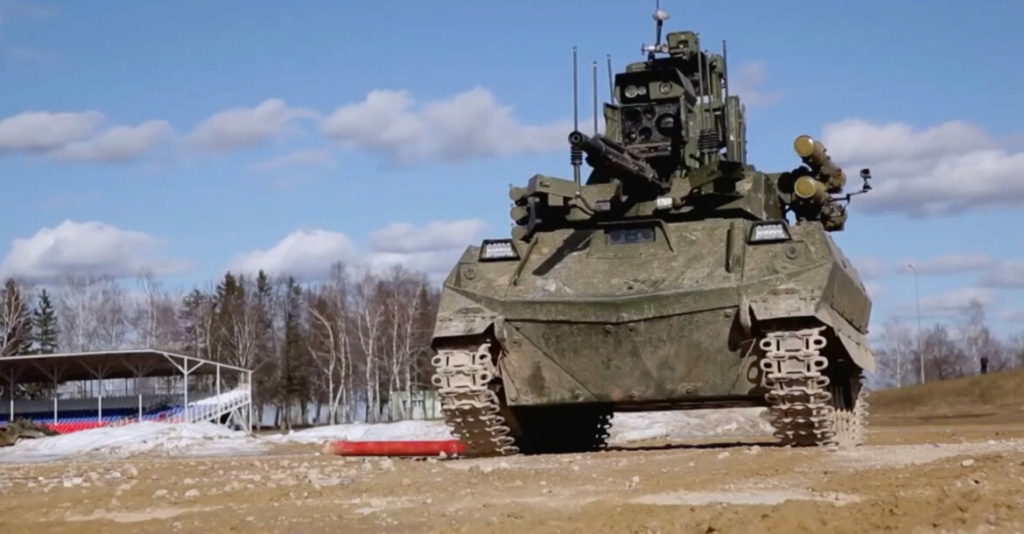 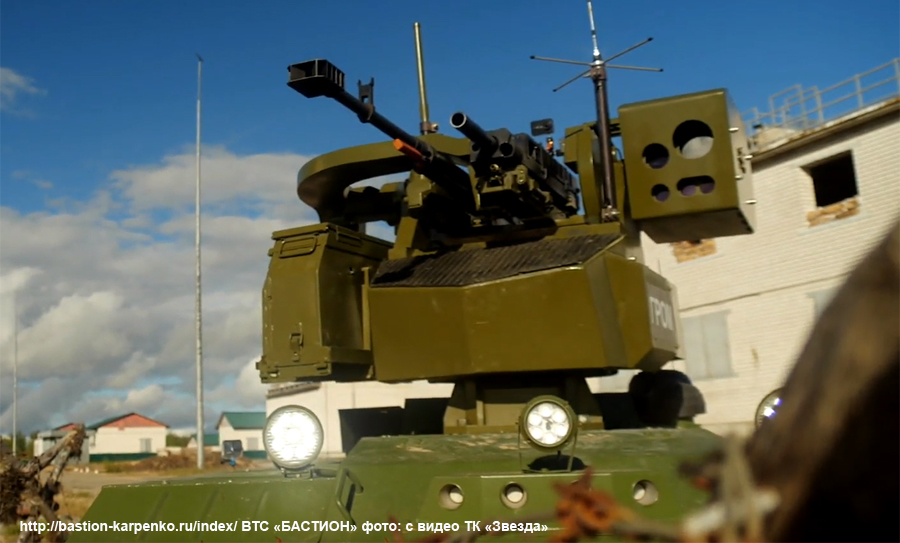 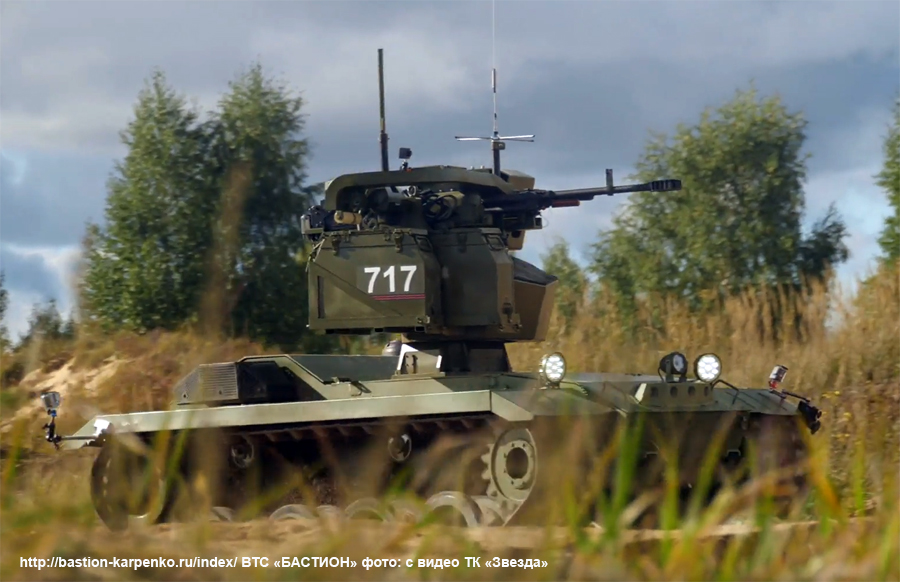 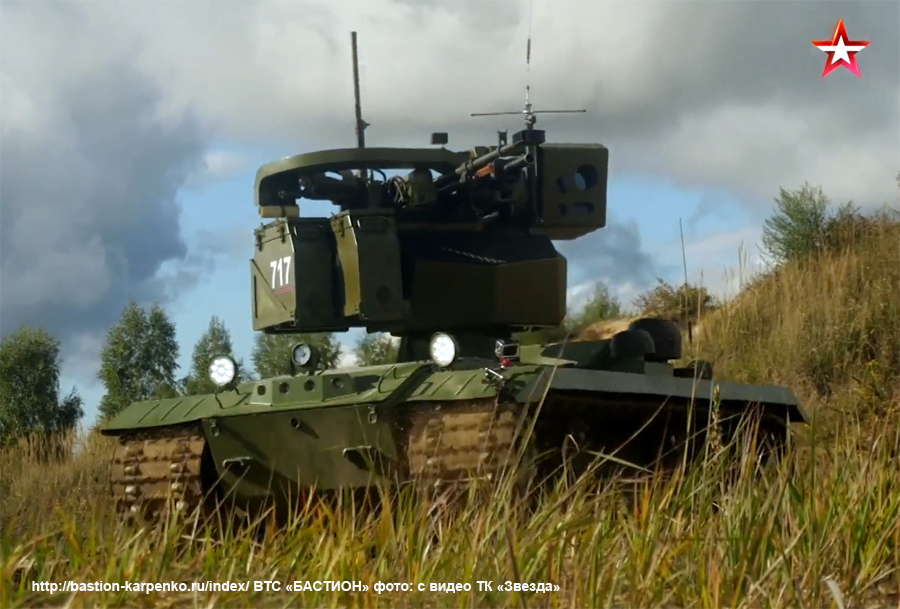 Also instead of the pop up camera it would be better with fibre optic cameras pointing in all directions at once continuously... with that raise-able periscope type camera it loses its cover as soon as it starts to look around and its whole point should be to look around all the time.

Hoping this is a distraction and that the real thing is orders of magnitude better than this...
calripson

Also instead of the pop up camera it would be better with fibre optic cameras pointing in all directions at once continuously... with that raise-able periscope type camera it loses its cover as soon as it starts to look around and its whole point should be to look around all the time.

Hoping this is a distraction and that the real thing is orders of magnitude better than this...

Looks like something I built in my garage with an old RC car.

Being a pretend rock mobility is probably of little value really because nothing draws attention like a rock that moves... if you just want to see what is happening in an area then a non moving rock with 360 degree views makes more sense... and make it out of rock... bore it out and fill it with batteries and cameras and transmitters... it would make more sense to have a small unmanned remote control vehicle like a tip truck to deliver and recover the rock than to enable the rock to move itself.

Making it out of actual rock means if someone picks it up they might not even realise it is not a rock... that thing they will know right away.

A clever rock design could include quartz veins that could have fibre optic cameras looking through them so you couldn't tell it had cameras in it.

I think this rock robot is a work of students.

Rocks are heavy to be used on such small drones Garry.

The idea is good. They won't move it but rather send it on a fix position to watch the enemy.

I guess it can be use as a suicide drone near roads. Go under vehicles and boom. Destroy ttacks and wheels before ambushes.

medo wrote:I think this rock robot is a work of students.

Cadets from the Air Force Academy...

medo wrote:I think this rock robot is a work of students.

Cadets from the Air Force Academy...

... and uses commercially available parts bought at Aliexpress. It is called a "robotic tank" or something like that.

Rocks are heavy to be used on such small drones Garry.

I agree, but I think the poor camouflage and terrible mobility and loud noise of operation means it wont work effectively as pretending to be a rock... especially with that periscope camera making it very obvious what it is.

If it can only provide a view around itself by raising that then it is bloody useless and to reveal itself to be a drone the instant it started to look around.

In comparison a rock based device with fibre optic cameras that were not obvious could give a 360 degree view of the area and even with close inspection would appear to be a rock. The problem of moving it from place to place could be solved with another drone that can fly that can pick it up and move it or recover it, or an agent on the ground can move it or plant it or recover it.

It becomes much less mobile but also less likely to be found out and therefore more likely to gather useful information.


I guess it can be use as a suicide drone near roads. Go under vehicles and boom. Destroy ttacks and wheels before ambushes.

It is so obviously not a rock and as soon as it moves or looks around it will be spotted and likely shot at.

It is not convincing enough as a rock to be useful.

An interesting school project, but not very practical... I hope the armed forces is working on much more sophisticated models than this.
Isos

That's just a prototype. You can improve the design pretty easily to look like a rock.

If you have tanks and AFV operating nearby you won't hear anything. They are way louder than any other ground system.

In suicide mode it will move only few meters when the vehicle get very close and couldn't even be spotted at that distance nor shoot at because vehicle mounted guns can't shoot at targets close to it because of limit in gun despression.

In desertic countries it will be perfect against Abrams and Bradleys.
ALAMO

It is a toy.
Not a "prototype", not "anything".
My daughters are building just similar at robotic classes.
Kid's play. Cadets are kids, you know?

When I was 12, I was busy gluing plastic models with electric motors coming from the USSR, and any kid brilliant enough to connect a few wires could have obtained a remote-controlled, self-propelled ISU-152 model. Or IS-2.

But it´s much more advanced then the legendary british fake stone.

State tests of combat robots "Uran-9" and "Kungas" have been completed. The robotic systems were used during the West-2021 joint strategic exercises (SSU) between Russia and Belarus. The Commander-in-Chief of the Ground Forces, General of the Army Oleg Salyukov, spoke about this in an interview with the Krasnaya Zvezda newspaper.

Uran-9 and Kungas combat robots finnished state tests and will go to the army. 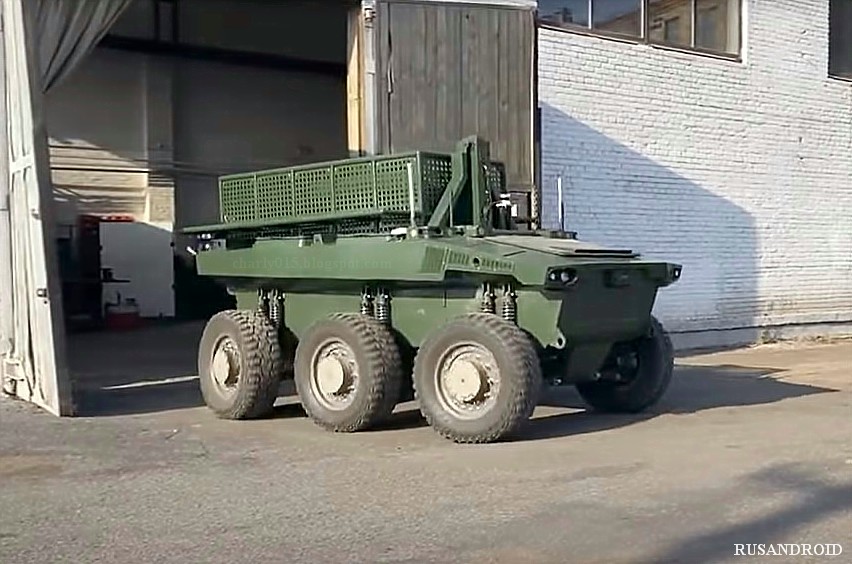 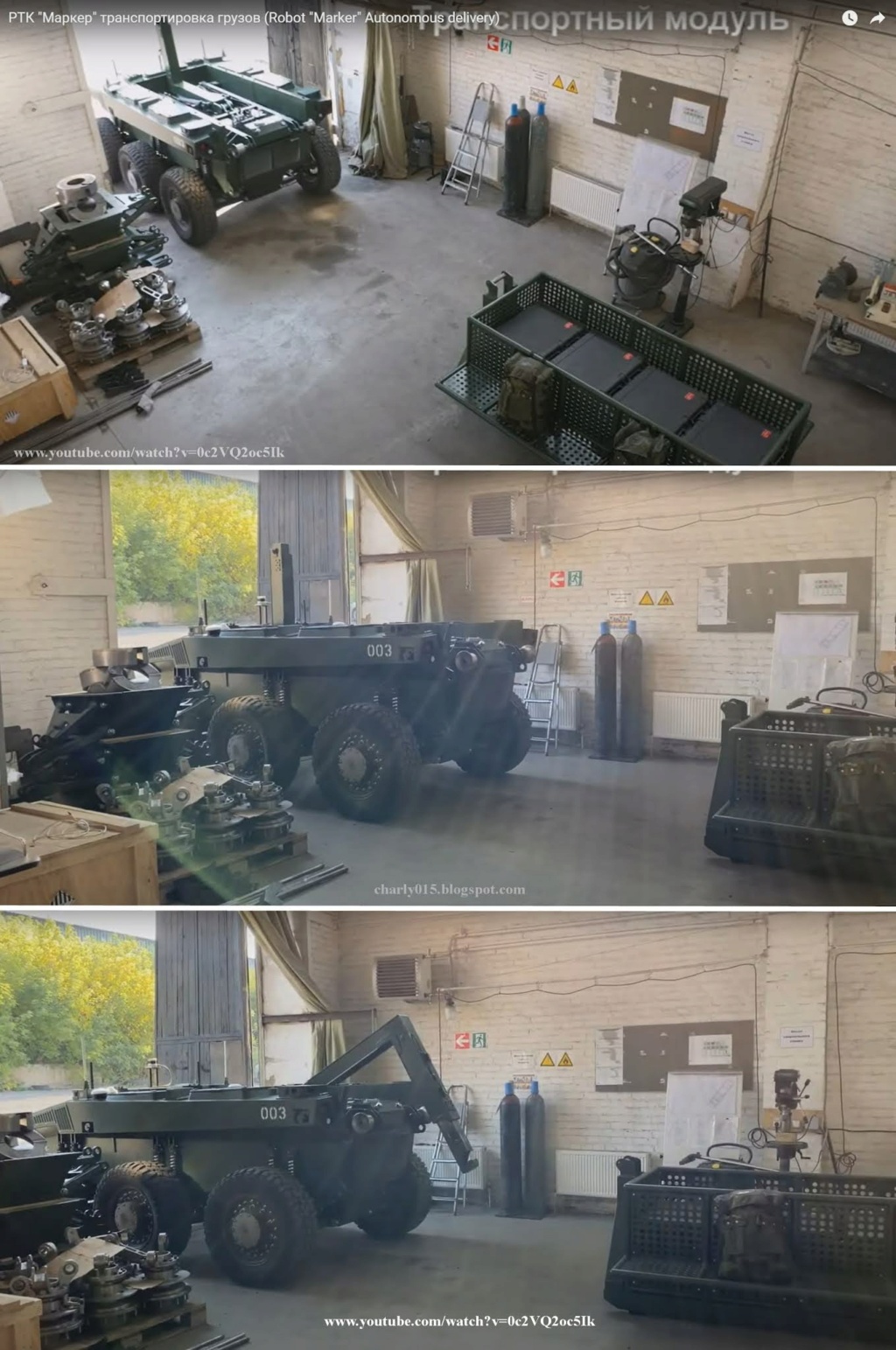 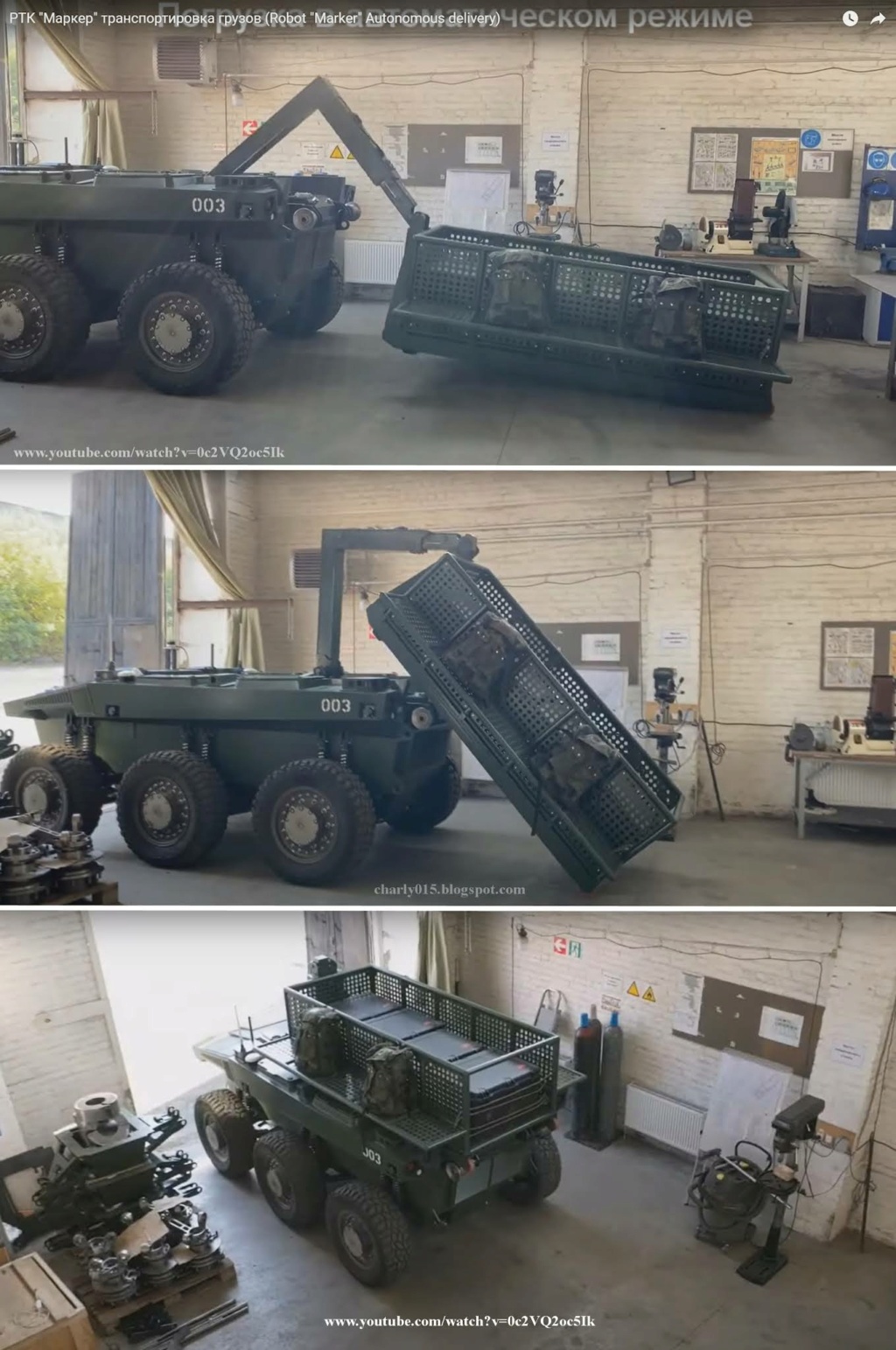 Video of recon-kamikaze and logistics UGVs being tested by razvedchiki in Alabino. The lead UGV is used to scout ahead and deal with IEDs while the logistics variant is designed to carry ammunition. https://t.co/c6ntbL4acI pic.twitter.com/DXZvUTN6tK 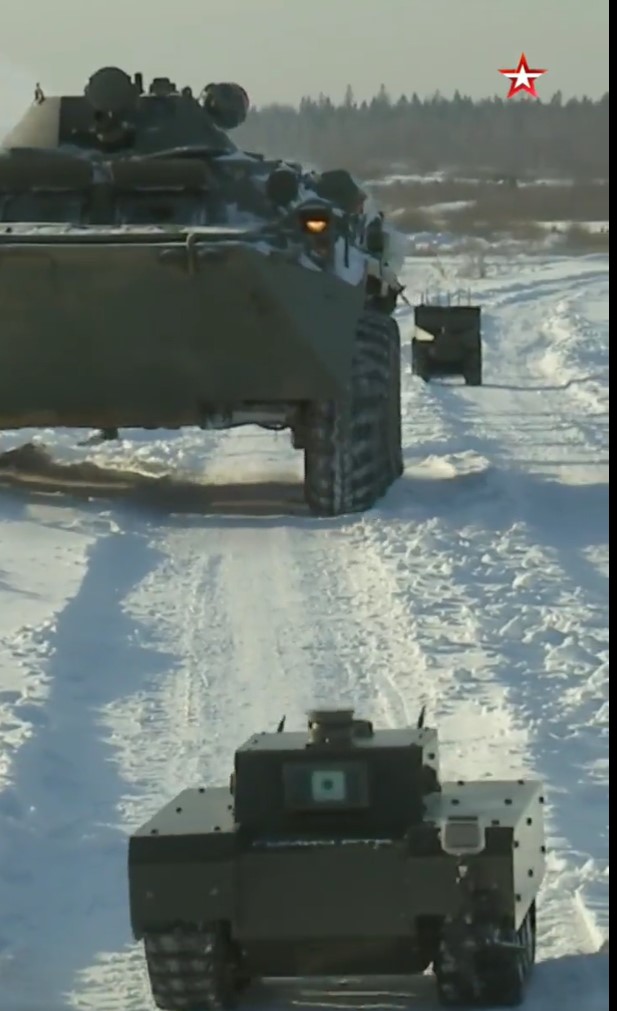 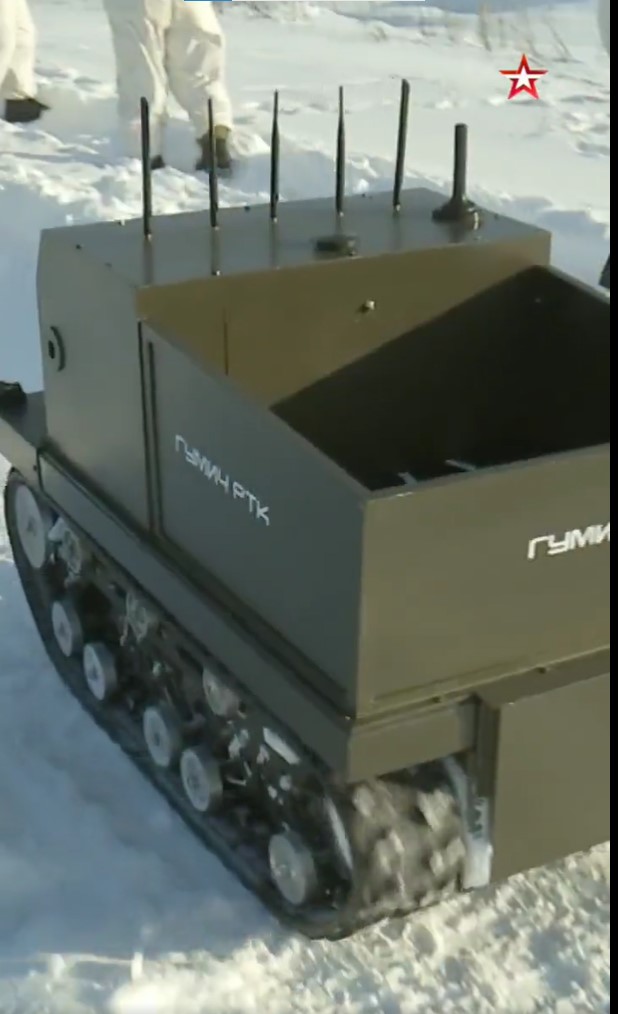 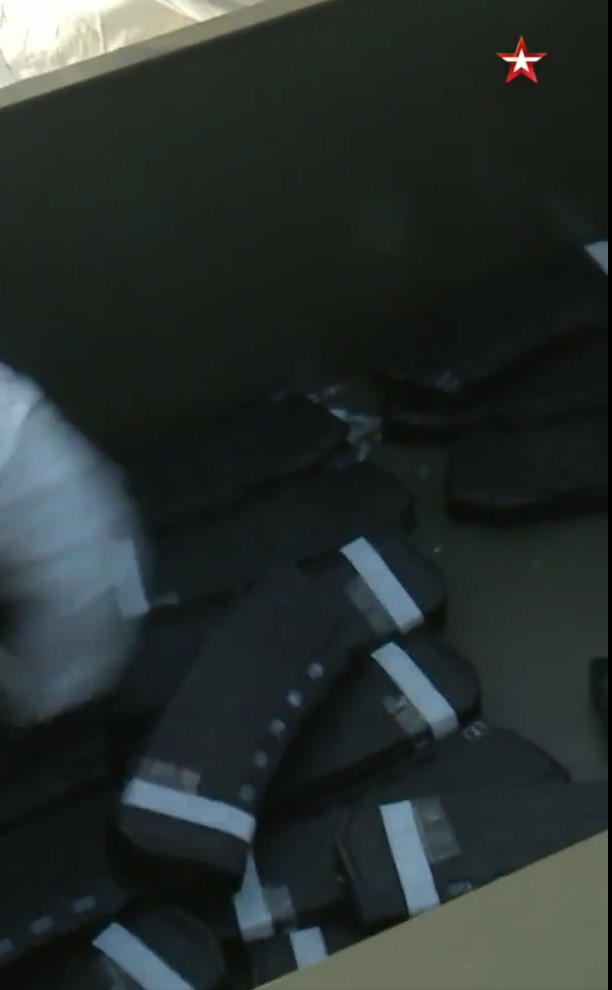 You got to admit those 'fun-sized' UGV's are kind of cute, I also think think they need to make a dedicated 'Mother Ship' vehicle that could carry 20 UGV's of that size, and maybe pair that with 1 or 2 vehicles with 10 personnel each to control those UGV's.
Hole 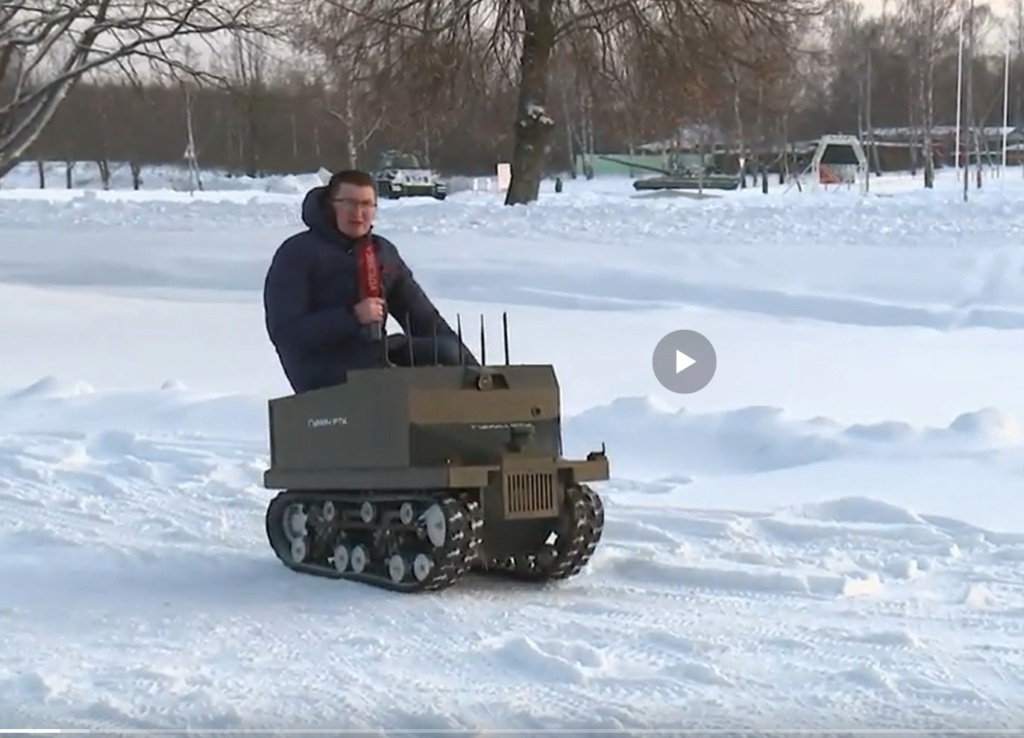 Too small IMO, the Marker version is more practical.

Add a 125mm gun and it's perfect.
magnumcromagnon

Isos wrote:Add a 125mm gun and it's perfect.

*cough, cough* The only proper caliber for those mini ugv's are 203mm obviously!

No need for tactical airlift, the recoil alone will get it anywhere it needs to be on God's green Earth!