18 August 2009 | 16:03 | Source: FoNet
BELGRADE -- Ahead of his trip to China this week, President Boris Tadić says that relations between Belgrade and Beijing "are at the highest level in history".

Tadić told FoNet news agency in an interview in Belgrade on Tuesday that this will be made official with the signing of a strategic partnership agreement between the two countries.

Tadić said that his upcoming visit to Beijing will be the third time in the past four years that he has visited China, will further confirm the excellent relations between Serbia and China with an umbrella cooperation agreement.

The president also stated that he believes ties with China should represent "the fourth pillar" of Serbia's foreign policy.

“There are many countries waiting in line to sign such an agreement with China, but it will not have its full meaning unless economic cooperation follows. This is why businesspeople and members of the Serbian government who are in the delegation have a very specific job to do,” he said.

The president said that concrete issues, such as Kosovo, economic cooperation, years of friendship and the principle stance of Serbia regarding one China all helped build a strategic partnership.

“There is no dilemma that in the next 20-25 years, China will take over a dominant role in some sectors of the economy, and therefore in international policies. This can be useful for Serbia,” Tadić continued.

The president added that he will be speaking to China officials about possibilities of cooperation in the sectors of infrastructure, IT, pharmaceutical and metal, "and perhaps agriculture".

13:39 BEIJING, Aug 20 (Tanjug) - Serbian President Boris Tadic and his Chinese counterpart Hu Jintao agreed in Beijing on Thursday that the deepening of traditionally friendly relations and the establishment of strategic partnership represented a joint goal of the two nations and one of their top interests.

A joint statement issued after the talks specifies that the two presidents reached broad consensus on the further boosting of different fields of cooperation between Serbia and China, as well as on various international and regional issues of mutual importance.

Serbia, as it was pointed out, will not establish official relations or have any other kind of official ties with the authorities in Taiwan. Belgrade shall continue to oppose any possible form of Taiwan's independence and it will continue to back the reuniting of China by way of peaceful means.

China, on the other hand, holds that the best way to resolve the issue of Kosovo status would be to draft a plan which would be acceptable for both parties and which would be achieved through dialogue and negotiations between the Serbian government and the temporary authority in Kosovo, all in keeping with international law and the objectives and the principles of the UN Charter and the resolutions of the Security Council.

The Chinese party also supports the endeavors the people in Serbia are making on the country's development pathway and it fully understands the problems they are faced with in that respect, it understands the efforts Serbia is making to be admitted into the European family and it appreciates the policy of Serbia that is aimed at the establishment of friendly relations with the neighbouring countries, its efforts to help improve the stability and development of the Balkan region and the cooperation that exists between those countries, it was stated after the meeting.

Special attention was paid to the possibility of improving further the economic cooperation between the two countries, including the field of trade and investments. An intensification of cooperation was also agreed upon in the domain of culture, education, sports, science, technology, army and the police, as well in the field of tourism, civil aircrafts, health care, media and non-government organisations.

President Tadic will stay in China from August 20-25, and during the visit he will meet with the top officials of one of the world's biggest economic powers and discuss various

aspects of bilateral cooperation, with the focus on economic issues.

Who cares about Serbia on the global scene?
Jelena

Who cares about Serbia on the global scene?

Same ones who care for Turkey on a global scene

BTW, you're not presuming to be only member on this board? Right

This has made China one of the four pillars of Serbia's foreign policy, he said.

Serbia is very interested in intensifying and fostering its economic relations with China, Tadic said, pointing to two important agreements signed recently in China - the agreement on economic and technical cooperation in infrastructure projects and the memorandum on approved tourism destinations.

Tadic also emphasized his support to the intentification of military and police cooperation and of cooperation in the judiciary, culture, education, sport, science and technology sectors.

He also congratulated the Chinese defense minister on the 60th anniversary of the founding of the People's Republic of China.

2010 will mark the 55th anniversary of the establishment of bilateral diplomatic relations, Tadic said quoted by a release from his office.

Possibly, what does Serbia have that China wants? Russia would make sense for oil pipelines through the Balkans and into Europe, as well as having strategic position in Europe. But what about China?
Jelena

sepheronx wrote:Possibly, what does Serbia have that China wants? Russia would make sense for oil pipelines through the Balkans and into Europe, as well as having strategic position in Europe. But what about China?

Military cooperation according to the article in Chinese press:

BELGRADE, Sept. 7 (Xinhua) -- The defense ministers of Serbia and China said here on Monday that there are big prospects for expanding military cooperation between the two countries.

Sutanovac said this is the first time in 25 years that a Chinese defense minister has made an official visit to Belgrade. The visit has strategic importance following the signing of an agreement of strategic partnership between the two countries during a state visit by Serbian President Boris Tadic to China in August.

Sutanovac called defense cooperation the best example of all the cooperation between the two countries, which covers cooperation in the areas of military medicine, military training, military economics, military science, as well as peacekeeping operations.

"We expressed our mutual desire to cooperate in combating these threats and exchanging information," said Sutanovac.

Liang said that he and Sutanovac discussed bilateral ties, military cooperation and international relations, and reached wide consensus on issues of mutual concern.

Liang, who is also a state councillor, said traditional friendship of the two countries are deeply rooted in the hearts of the two peoples. The mutual understanding and support between the two nations are constant no matter how the international situation changes. The Chinese side is willing to work with the Serbian side to further push forward bilateral relations.

He said relations between the two military forces have developed smoothly in recent years and there were frequent high-level visits and fruitful cooperation in profession exchanges and training. With joint efforts of the two sides, the friendship was bound to be further pushed forward.

Liang visited Serbia this September, which marked the first official visit to Belgrade paid by a Chinese defense minister in 25 years.

Jovicic said Serbia's military force attaches great importance to developing ties with its Chinese counterpart, and is willing to make continuous efforts to uplift the bilateral military relations to a new height.

wow thats a bad combination serbs and military since most of the wars theyve lost
solo.13mmfmj

Maybe the chinese want an economic outpost in Europe.Serbia could make money
out of this.

The decision to make and accept transactions in yuan was taken on December 25 during a meeting of the Executive Committee of the National Bank of Serbia.

"In making this decision, the National Bank of Serbia was driven by the increasing share of trade with China out of all international trade with the Republic of Serbia, as well as by the significant degree of economic cooperation between the two countries," the Serbian Bank said in a statement on December 25.

Moreover, the Serbian central bank noted that "the yuan has gained a more important role in international economic relations and financial flows."

Economic relations between China and Serbia have been on the rise recently. In December, Chinese Prime Minister Li Keqiang and his Serbian counterpart Aleksandar Vucic met at the third China-Central and Eastern European (CEE) summit in Belgrade, Serbia. They praised the improving economic cooperation between the states and agreed to further enhance it.
Kazaak

Only reason for China to invest in Serbia is steel industry that they will inport in Serbia and then sell it around Europe, as in EU i think is not alowed to buy steel from anywhere if its not produced in Europe(not EU but Europe). Military or diplomaticlly China have not single interest in Serbia, as serbia is just some fu*kboy of Germany.
Not sure how correct i am but for now i roll with this opinion.
Слободан човек

There has been a lot of meetings of our Army and PLA official concerning some cooperation id mutual military equipment development. I don’t know what specifically yet, but I think that something will come out of it.

As reported in an interview with the Serbian portal Tango Six, acting Deputy Minister of Defense for Material Resources Nenad Miloradovich, Serbia purchased reconnaissance and strike UAVs CH-92A from China State Aerospace Corporation China Aerospace Science and Technology Corporation (CASC). As I understand it, the article also notes that it was this drone that the Serbs chose so that China could help them finalize and make a strike version of the Pegasus Serbian reconnaissance UAV, which is similar in size. At the exhibition in 2019, the Serbs once again demonstrated a promising version of the Pegasus with the Chinese air-to-ground missile FT-8D. 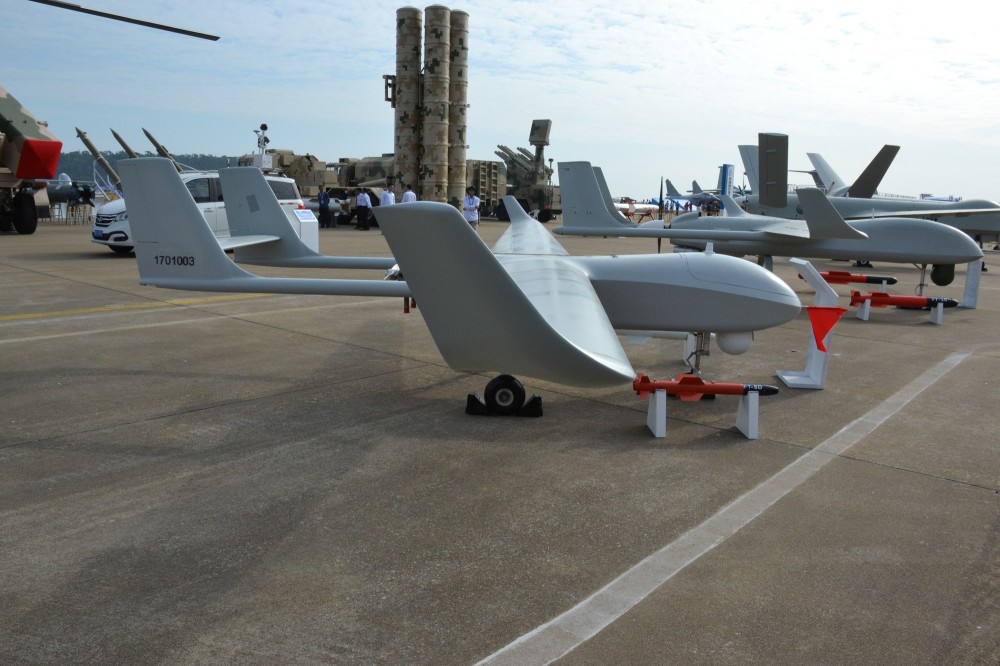 Wang made the remarks during a phone conversation with Serbian Foreign Minister Nikola Selakovic, in which he stressed that China will support Serbia in safeguarding national sovereignty, territorial integrity and national dignity.

China will also support Serbia in pursuing an independent foreign policy, and in making judgments and decisions in accordance with the fundamental interests of the country and the nation, he added.

Wang voiced opposition to political pressure exerted by external forces, calling for the rejection of moves to coerce countries to choose sides.

The foreign minister said China is willing to continue to support Serbia in international and multilateral platforms, including resisting attempts to politicize and instrumentalize human rights affairs.

He also urged the two sides to step up the implementation of the important consensus of the two heads of state and sign a bilateral free trade agreement as soon as possible, so as to inject strong impetus into cooperation and also help Serbia to further enhance its competitiveness.