You are not connected. Please login or register
+4
Werewolf
Khepesh
Cyberspec
Pyrrus
8 posters

Exercise Zapad-81 (West-81) was the largest military exercise ever to be carried out by the Soviet Union, according to NATO and US sources.[1] It was conducted from September 4, 1981 and lasted approximately 8 days. It was a joint operation including elements from all Soviet service branches and introduced several new "complexes" such as the RSD-10 medium-range strategic missile (known often to the West as the SS-20 Saber) and the "Kiev" Project 1143 aircraft carrier.[2]

The exercise was first and foremost a show of force. Propaganda tapes were made of the large scale offensives concluding in a large victory parade. Apart from being a show of force to the NATO countries, the exercise was a large-scale demonstration of military capability in Poland. After the failure of reform communism in Poland during the seventies the People's Republic of Poland was in a state of crisis and civil unrest (Solidarność). Exercise Zapad included amphibious landings in Poland near Gdańsk, reminding Poles that the Soviet Union could resort to military force if that was deemed necessary.

that channel has a fairly large collection of clips....I haven;t had the time to check it out properly yet
Sanctus Ferri

I was reading an old CIA document in which Soviet wargames for fighting in Europe were discussed, in which it was said that the Soviet General Staff assigned numerical quality ratings to various nations in the game, and gave three, with West Germans 1.00, Americans 0.80 and Italians 0.25.  The document did not list the values given for other NATO troops, or mention if similar graduation was made of different Warsaw Pact members states.  A second document gave a value for the British as 1.3, and indicated that Soviet and US troops were held to be equal.

Does anyone have knowledge of the values used for the other NATO forces?  Were similar grades used for Warsaw Pact forces?  What were the values? Were different values given for different readiness categories?

Is there any documentation of these old war games available?

What kind of rules did the Soviet armed forces use?  Were they free kriegspiel type, where officers simply used their knowledge to adjudicate results, or were they more formally 'games' with mechanisms for probability and uncertain outcomes, such as dice?
George1

Participants in the combat groups of the working class (the armed paramilitary organization of the GDR) from Dresden during field training; 1978 year

Participants in the combat groups of the working class (the armed paramilitary organization of the GDR) from Dresden during field training; 1978 year 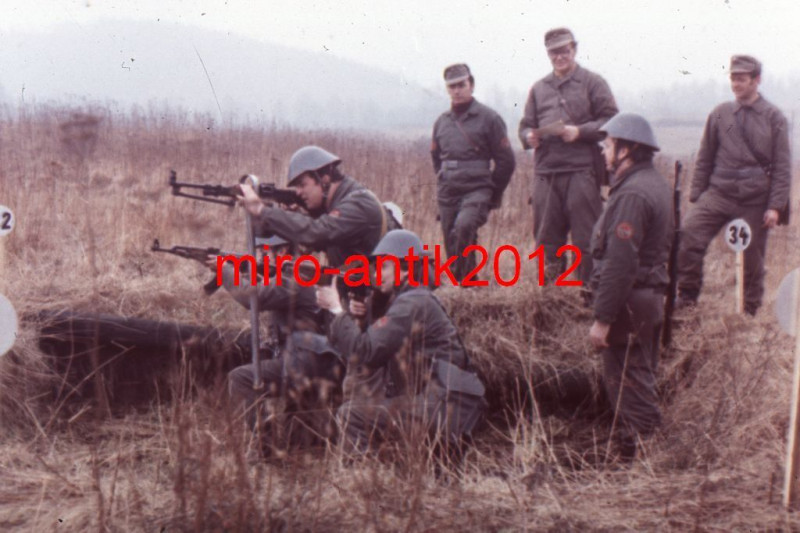 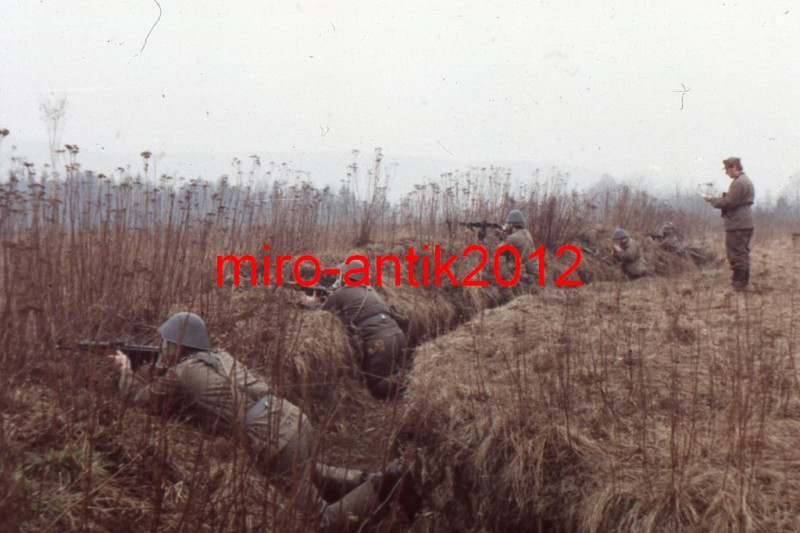 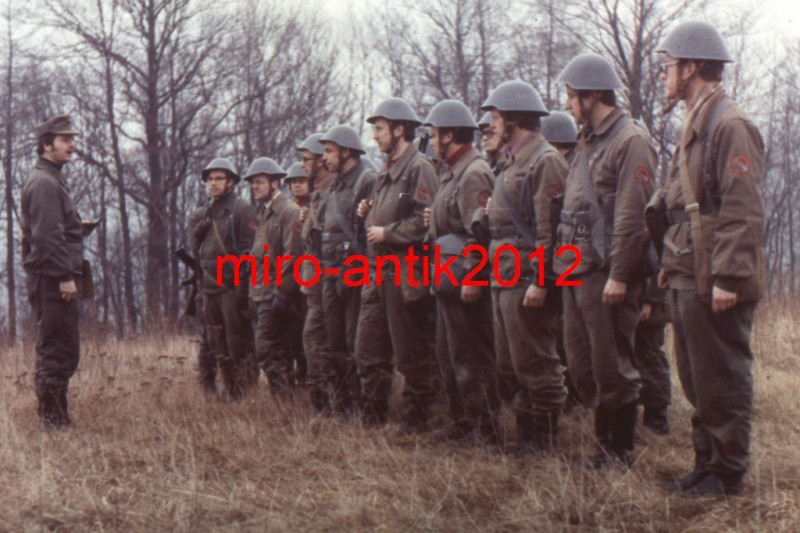 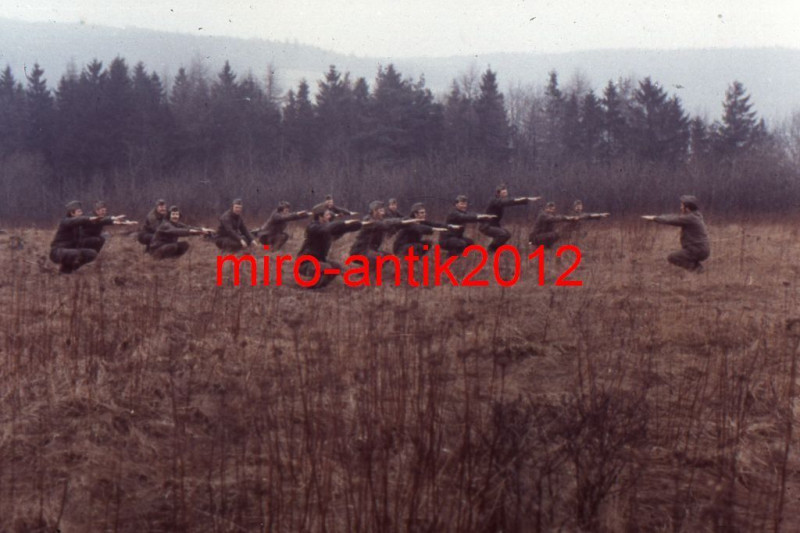 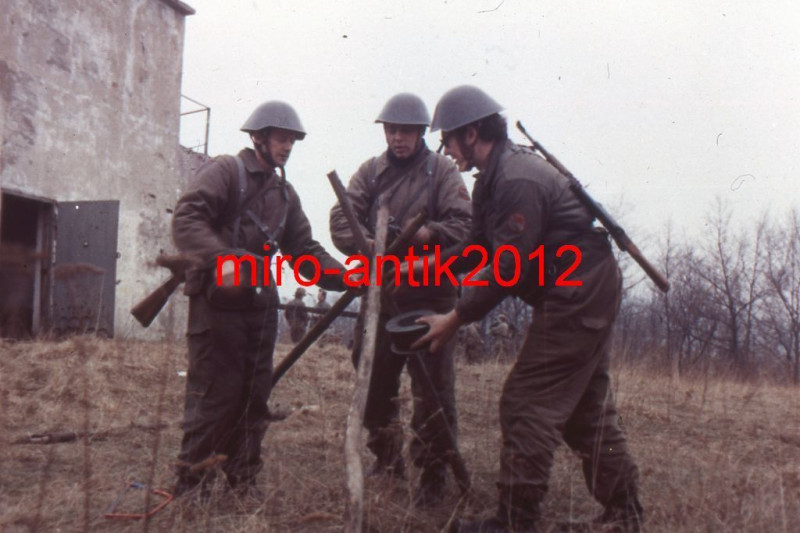 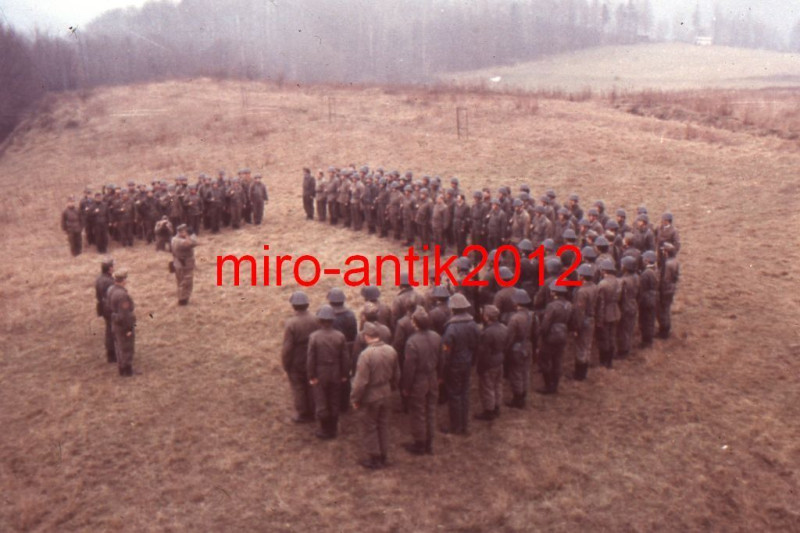 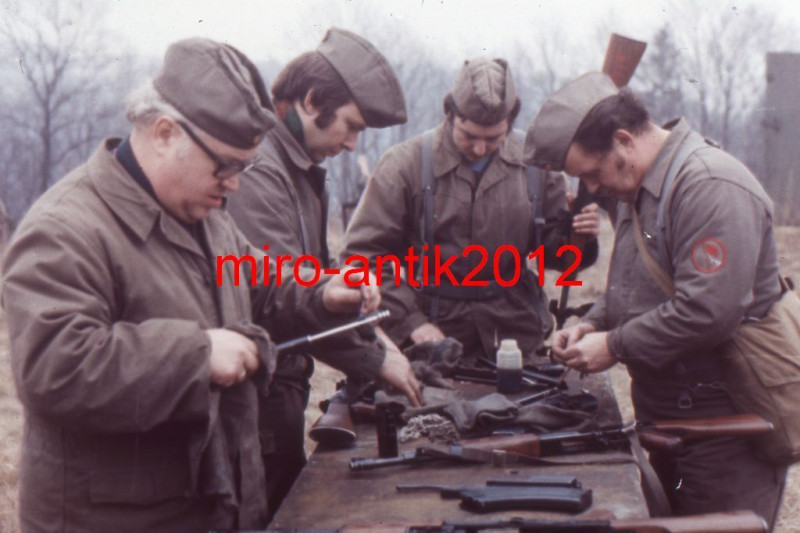 The East Germany was without doubt the best trained from all the WP armies. Their doctrine and equipment was tailored for defense and deception and their expertise was sought after throughout much of the "socialist world" - including Vietnam. Much of the military and political tactics used by the NVA and the VC was due to the training their NVA brothers in East Germany provided. The GDR had a very strong political and military influence over North Vietnam but they also played a leading role in the anti-Vietnam War campaigns.

East German advisors were heavily used in almost all liberation conflicts in the 3rd world. In the South African Border War many insurgents were not only trained by East Germans but much of the specialized equipment they used were of East German origin. Quite a bit of this stuff fell into South African hands as well!

A major conflict against the US would have been a conventional one (for a while at least). In such a war the GDR's would have given a good account of themselves initially, but much of their equipment was obsolete compared to what the US and NATO had at the time. Their T-72's were not much better than the Iraqi one's and they had very few Mig-29's in service.

All this would be on the assumption that the GDR became isolated from the USSR and the rest of the WP countries and that the USSR has withdrawn it's forces from the GDR and other WP countries.
Sponsored content