Environment and Nature of Russia

Like a coal fire or a big tree that catches fire and its roots continue to burn for years.... in this case I would guess peat bog, that is dry because of the very low temperatures and methane might have created the conditions for a fire to start and it has just kept smouldering...
kvs

The comment to the article is inane. Sea ice extent is a basically worthless measure since it is a satellite product based
on some fraction of ice in a surface image pixel. The volume of the sea ice and its contiguity are not measured. So you
could have slush and that would be called the same as ice on which you could drive a tank. The Arctic Ocean sea ice
volume has been systematically declining for the last 40+ years. 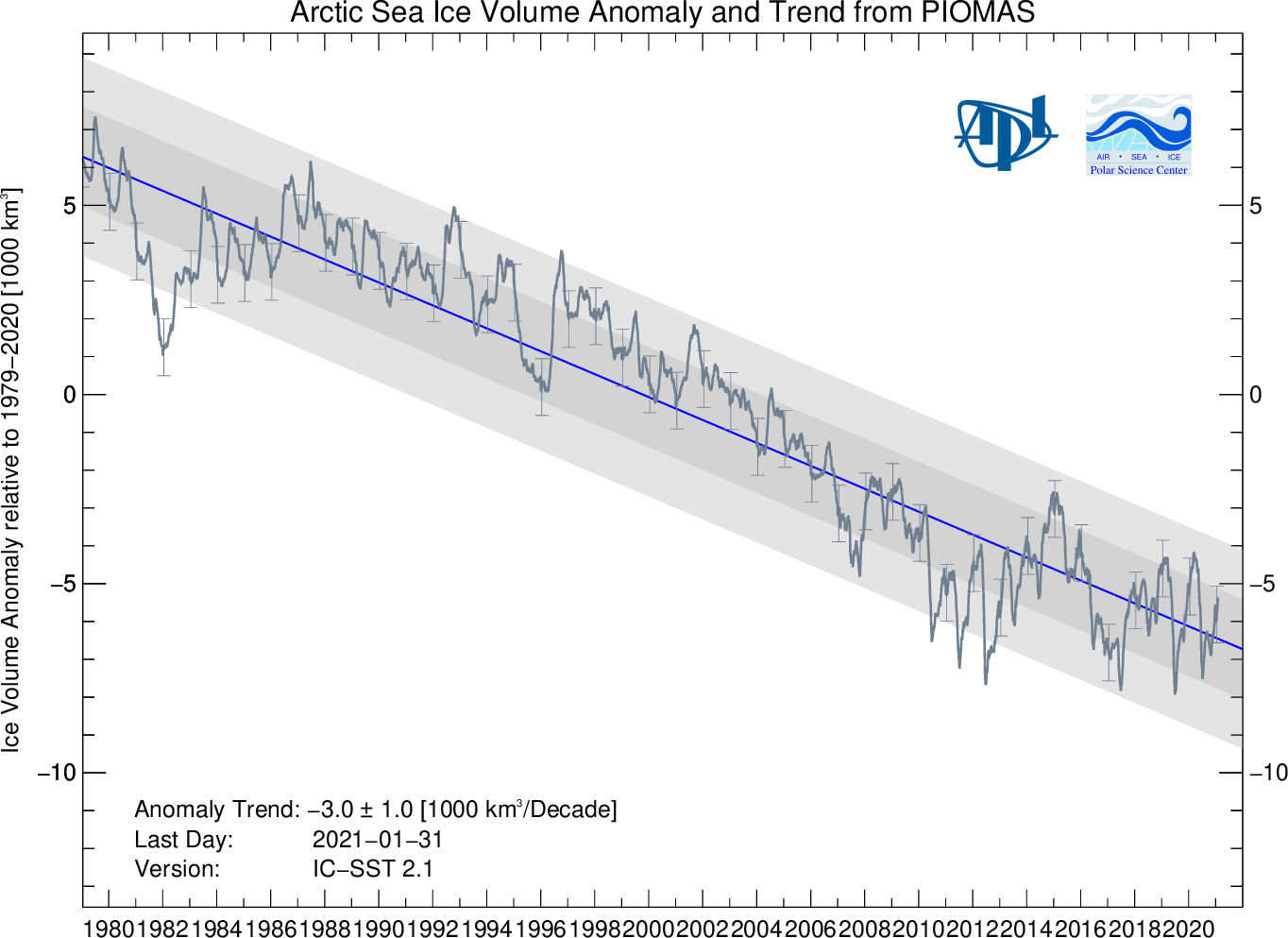 Sure, its an assimilation product, but it is not fiction. Naval submarines have been tracking a decrease of the sea ice thickness as
well and it has gone from over 3 meters (average) in the 1970s to around 1.5 meters by the 2000s.

Disappearance of thick land ice is a clear indication of long term warming. There is a melt lag with glaciers and they do not fluctuate
in volume on short timescales. Any systematic melt is due to persistent warming.

It really is tiresome seeing people invoke weather variations and irrelevant metrics to pimp their pet agendas. That global warming
is all a big commie conspiracy. GTFO.

Climate change is a historical fact... the temperatures were much warmer when the dinosaurs were wandering around and of course we have also had several ice ages too where the average global temperature was much lower.

Neither was the responsibility of humans because we simply didn't have the capacity or numbers to effect the temperatures very much, though our use of hydrocarbons has meant we now can.

Stopping the emission of carbon into the atmosphere is a good thing, but if we are not careful we could push climate in the other direction and have the ice age we are supposed to be moving in to now...

Geological temperatures are not effected by the hottest day in the week or month, they are average temperatures over tens of thousands of years... we haven't been around long enough to physically record geologically significant samples of temperatures and have to rely on tree rings and arctic ice cores going back tens of millions of years.
Sponsored content