Not really... the word Metre is French because the Metric system is French.

The Americans misspelling it is just ignorance, which is why the language they speak has to be called American English.

It is just like in the west they call it the periodic table because they don't want to give credit for something so fundamental to modern science to a Russian.

Honestly I am surprised Americans don't prefer to call the unit Metre because it makes it sound foreign and strange which is what the metric system is to most Americans.

I remember one time NASA lost a rocket because the numbers for the plans got mixed up... the engineers were working with the metric system but the PR department converted everything to Imperial measures for the general public to understand. It seems those conversions got mixed up and a rocket was built to mixed measures and it failed.

Of course it is the difference between precision and accuracy... imperial... with its fractions is very precise but not necessarily accurate.

ie 1/3rd of an inch is very precise but no measuring device has that level of precision.

Fractions measure to an accuracy that is not attainable, which is why metric is better.... instead of ungodly fractions that quickly become meaningless at very small sizes, you just go for a different unit multiplier... you can't measure much that is smaller than nano metres.

How vulnerable currently are the stationary OTH radars to be destroyed by NATO special forces in a war, or sabotaged by liberast sleeper agents on US state dpt payroll?
Big_Gazza

limb wrote:How vulnerable currently are the stationary OTH radars to be destroyed by NATO special forces in a war, or sabotaged by liberast sleeper agents on US state dpt payroll?

Much less vulnerable than many other important facilities and industries. Its a military installation so subject to multiple fence lines and strict access control. No need to be paranoid, but need to ensure securoty remians adequate.

Would be counted as critical infrastructure so an attack on your early warning system suggests a full nuclear attack... which warrants a fully nuclear strike.

Wonder if they are that stupid to risk that...

"Documentation approved": Construction of the "Voronezh-M" radar station will begin in Crimea 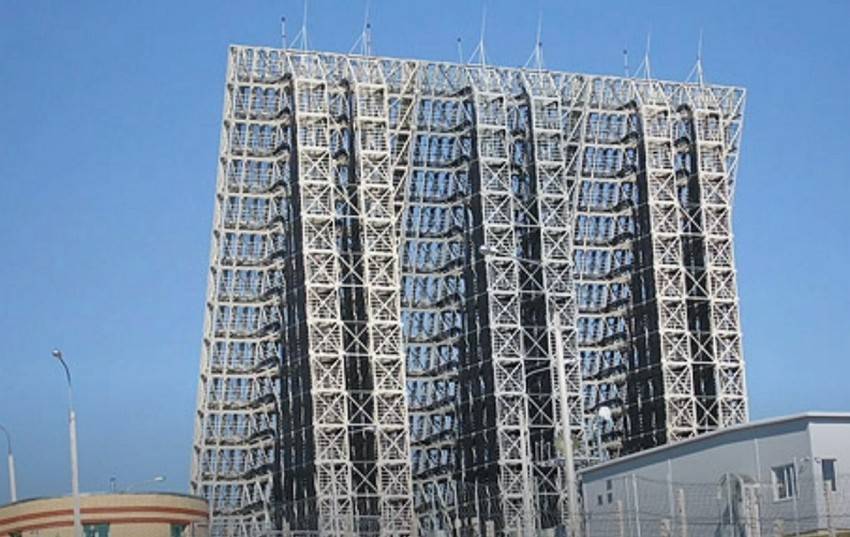 The construction of a new radar station "Voronezh-M" in Crimea will start in the near future, the documentation for the station has been tested and approved. It is reported by "Interfax" with reference to the press service of the PJSC IAC "Vympel" corporation, which is the developer of the early warning system.

As stated, the construction of the station's foundation will begin soon, the exact dates for the start of work have not been named. According to available information, the introduction of the radar is scheduled for 2024. Thus, by covering the southern direction, Russia will increase the radar field, which completely covers the territory of our country. The new station will become part of the missile attack system (SPRN).

The site for the construction of the station was determined in advance; Voronezh will be built on the site of the old Dnepr radar station near Sevastopol. The new radar is significantly superior in its capabilities to the old one; it has a viewing range of up to 4200 kilometers.

The Ministry of Defense announced the location of the new station back in 2017 after work was carried out to determine the location of the future deployment of the radar. Despite various proposals, it was decided to build a new station on the site of the old Dnepr radar station, which after the collapse of the USSR went to Ukraine and became unusable as a result of non-use.

The Voronezh-M radar is a Russian early warning radar designed to detect and track ballistic and cruise missiles and other aerodynamic objects. A feature of Voronezh-type stations is a high factory readiness. No more than 18-24 months are allotted for the turnkey construction of the station, in contrast to the old-type stations being built from five to nine years.

Construction of the Voronezh-SM radar station

Construction of the Voronezh-SM radar station from the composition of the product 111ZH6 near the settlement of Vorgashor as of July 20, 2020 and July 21, 2021. The antennas at the technical position No.1 have acquired a finished look, heavy equipment is not visible on the construction site, the completion of the building to accommodate the control facilities, the computer complex and the calculation of the station is continuing. 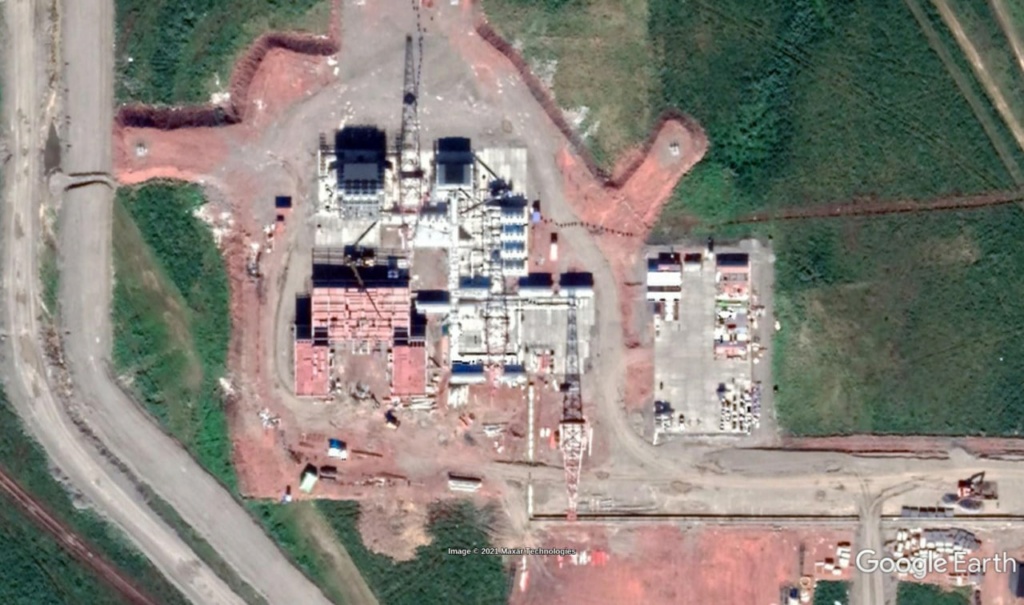 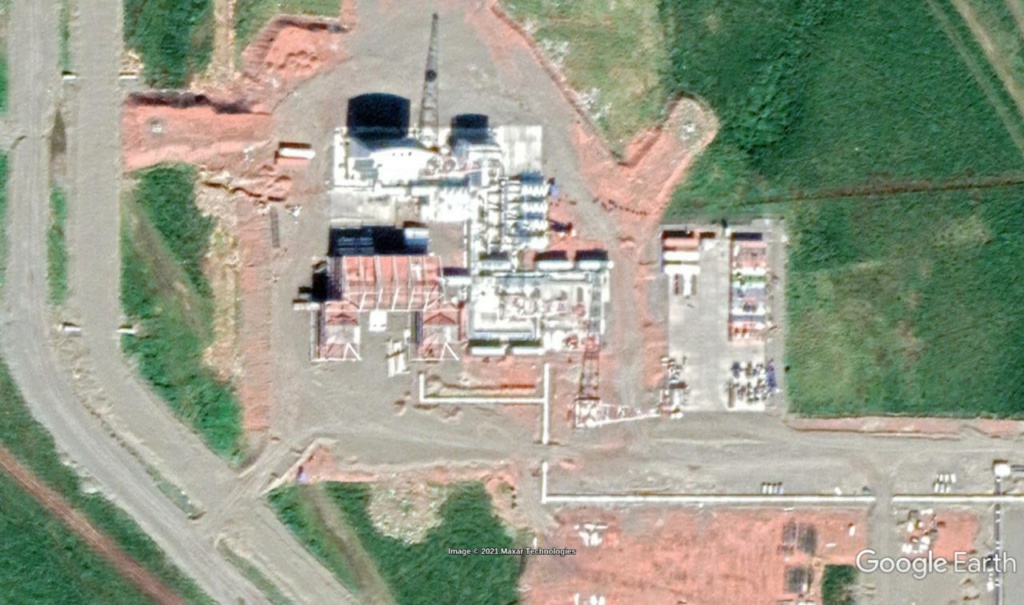 "Three stations are to be modernized in the short-term perspective, in 2025-2028: the Voronezh-M station in Lekhtus (Leningrad Region in northwestern Russia), Voronezh-DM in Armavir (Central Russia) and Voronezh-M in Ussolye-Sibirskoye (Siberia’s Irkutsk Region)," the corporation said.

In accordance with the modernization plan, jamming resistance and power supply systems will be improved on a first-priority basis. 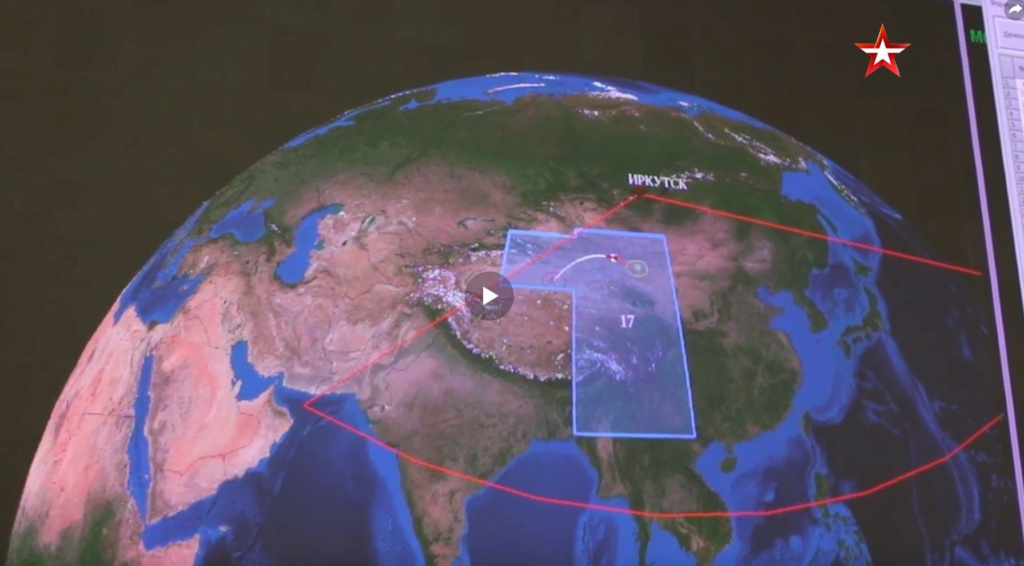 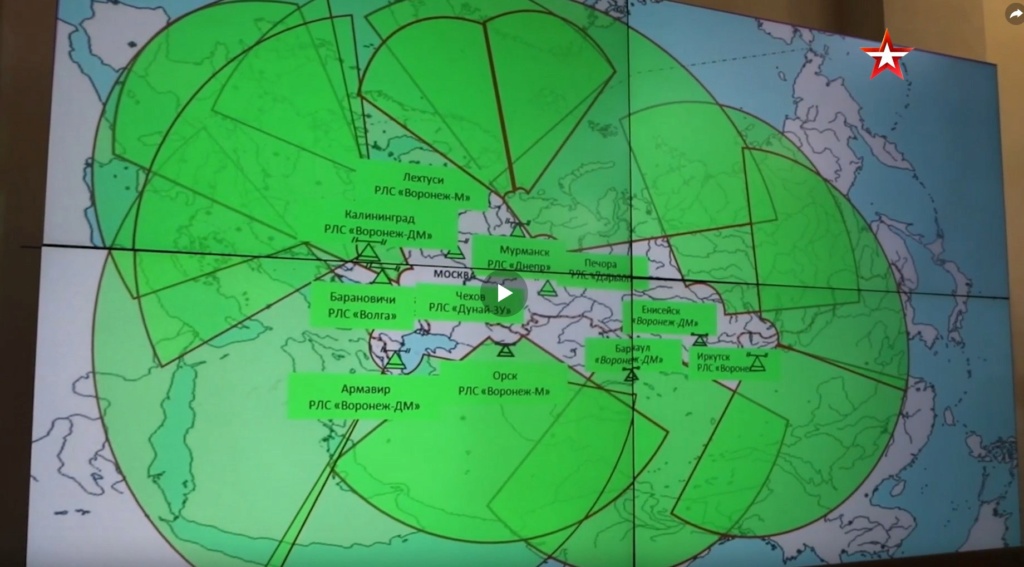 Screenshots from a video about the Russian Space Forces.

They could do with some in the far east and sakhalin island that look north in the arctic ocean and down into the pacific ocean and across into Alaskan territory...

A few looking inside Russian territory would also be useful for ABM management uses too I would think...

Can they use these radars to track enemy ships and aircraft?

Yes, but they are limited by the horizon. Beyond the horizon, ships and planes can track OTH radars. Voronezh can track ballistic missile and satellite warheads at long distances.
Hole

In English a meter is a device for measurement... like a light meter or a water meter, or a parking meter.

Using meter for a unit of distance would be like using the word heat as a unit measure of temperature... it was 15 heats today... the sun will come out tomorrow and it will get up to 25 heats... 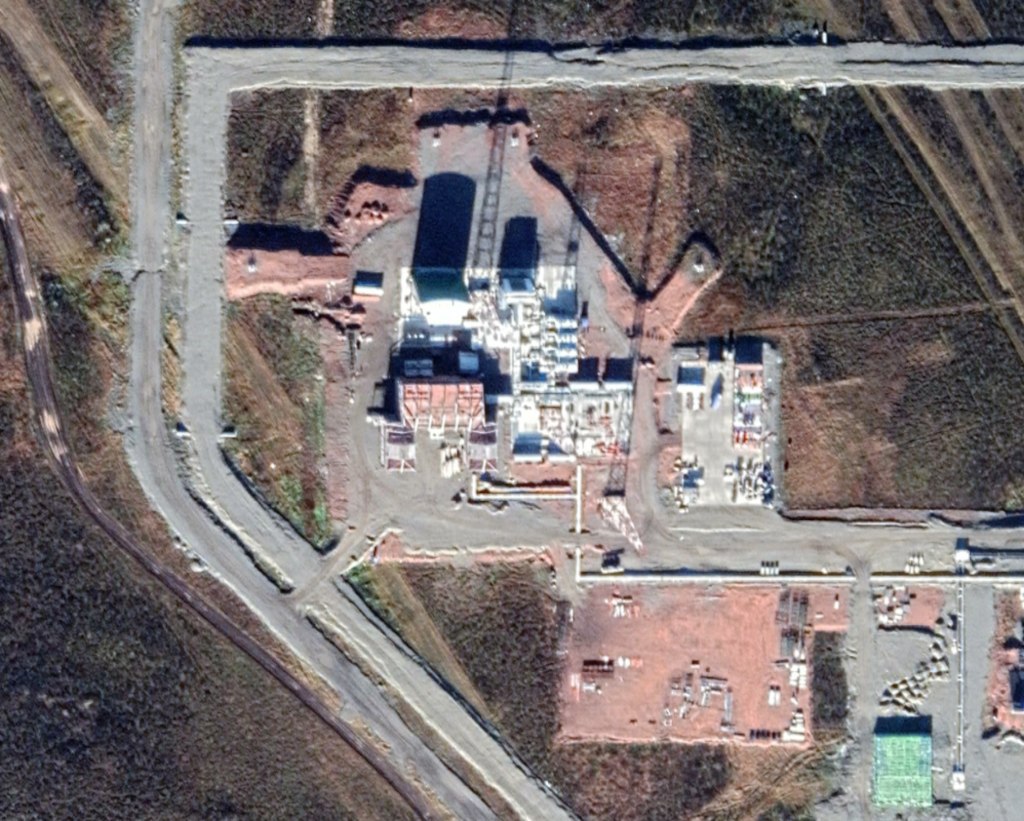 To be fair Meter is actually how it is pronounced, but then the word for words that are spelt the way they sound is Phonetic, which is ironic because it should be spelt fonetic if it was itself spelt phonetically.

It comes originally from the greek word to measure apparently.
Sponsored content