Koreans tested something twice recently, I hope it was a solid motor and we could see a proper solid fueled ICBM in the coming months.

I am very glad that the Academy of Defence Science has recently registered great successes in bolstering up the defence capabilities while successfully conducting tests of great significance one after another.

The priceless data, experience and new technologies gained in the recent tests of defense science research will be fully applied to the development of another strategic weapon of the DPRK for definitely and reliably restraining and overpowering the nuclear threat of the U.S.

Genuine peace can be safeguarded and our development and future be guaranteed only when the balance of power is completely ensured.

We have stored up tremendous power.

We should be ready to cope with political and military provocations of the hostile forces and be familiar with both dialogue and confrontation.

Our army is fully ready to thoroughly carry out any decision of the Supreme Leader with action.

It is free to evaluate the entity of our power, but it will be necessary to see it clearly before judgment.

In the situation of the acute confrontation, the U.S. and other hostile forces will spend the year-end in peace only when they hold off any words and deeds rattling us. -0-


Spokesman for Academy of Defence Science of DPRK Issues Statement

Our defence scientists were greatly honored to receive warm congratulations from the Central Committee of the Workers' Party of Korea on the spot.

The research successes being registered by us in defence science one after another recently will be applied to further bolstering up the reliable strategic nuclear war deterrent of the Democratic People's Republic of Korea. -0-

Would love to see those canistered solid fueled ICBMs. Slightly bored seeing only the Russian Topol-M TELs. Chinese ICBM TELs doesn't look cool enough, where as those displayed by DPR Korea during parade was much better. 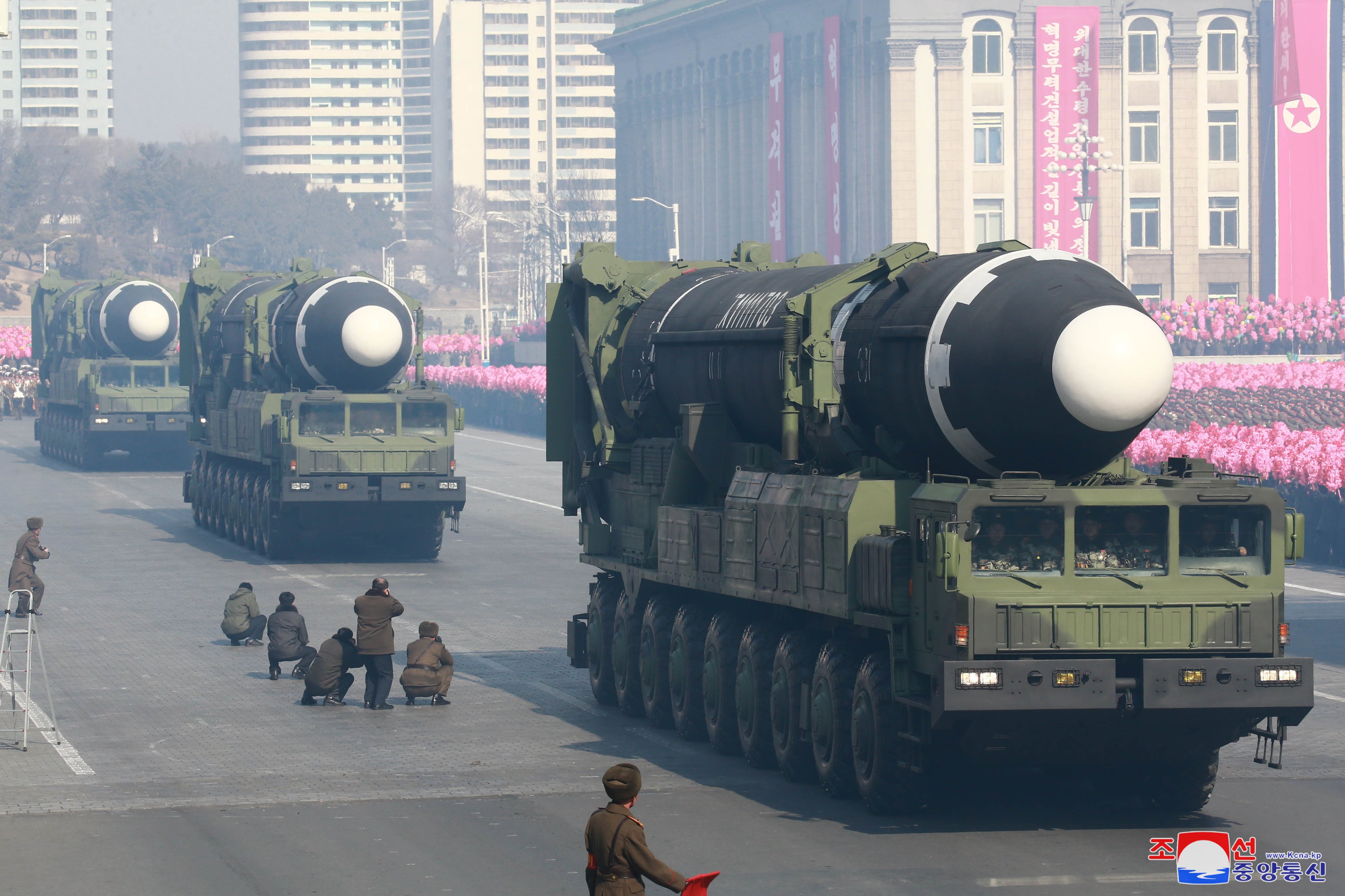