The total number of launching systems does not increase though because Yars ICBMs are replacing Topol missile systems, according to the commander

"The enterprises of the [defense] industry are keeping up the pace of delivering parts of the Yars missile system in its stationary silo-based and road-mobile versions to the troops. By now, the troops have received more than 150 launchers of the new system and started to operate them," the commander reported.

Speaking about mobile missile systems, the general noted that Russia’s Strategic Missile Force operated about 200 such launchers that included Topol and Yars ICBMs.

During the rearmament, the total number of launching systems does not increase because Yars ICBMs are replacing Topol missile systems that have used up their warranty life, the commander stated.

Russia is currently withdrawing the last Soviet-made missile systems from the combat structure of its Strategic Missile Force, the commander informed.

The RS-24 Yars is a Russian strategic missile system comprising a mobile or silo-based solid-propellant intercontinental ballistic missile with MIRVed (multiple independently targetable vehicle) warheads. The ICBM was developed by the Moscow Institute of Thermal Technology under the supervision of academician at the Russian Academy of Sciences Yuri Solomonov. The Yars is a modification of the Topol-M missile system.

Russia is currently rearming the 35th missile division with the mobile Yars-S missile system, which is an upgraded version of the Yars ICBM, Division Commander Colonel Alexander Prokopenkov said on the Single Military Output Acceptance Day in mid-October.

"I believe everything is moving towards the situation that the old grouping will be fully rearmed with Yars missile systems by 2024," the chief designer said.

The RS-24 Yars is a Russian strategic missile system comprising a mobile or silo-based solid-propellant intercontinental ballistic missile with MIRVed (multiple independently targetable vehicle) warheads. The ICBM has been developed by the Moscow Institute of Thermal Technology under the supervision of Academician of the Russian Academy of Sciences Yuri Solomonov. The Yars is a modification of the Topol-M missile system. 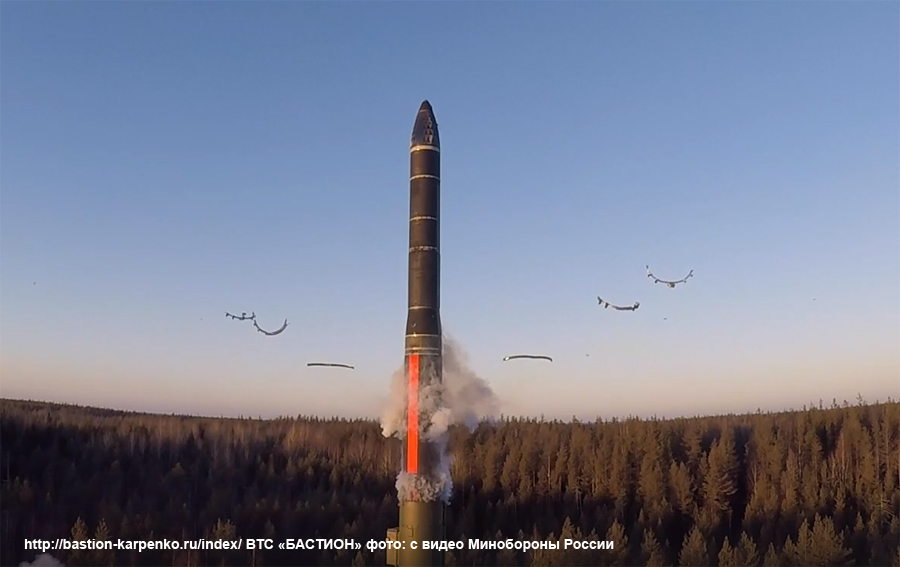 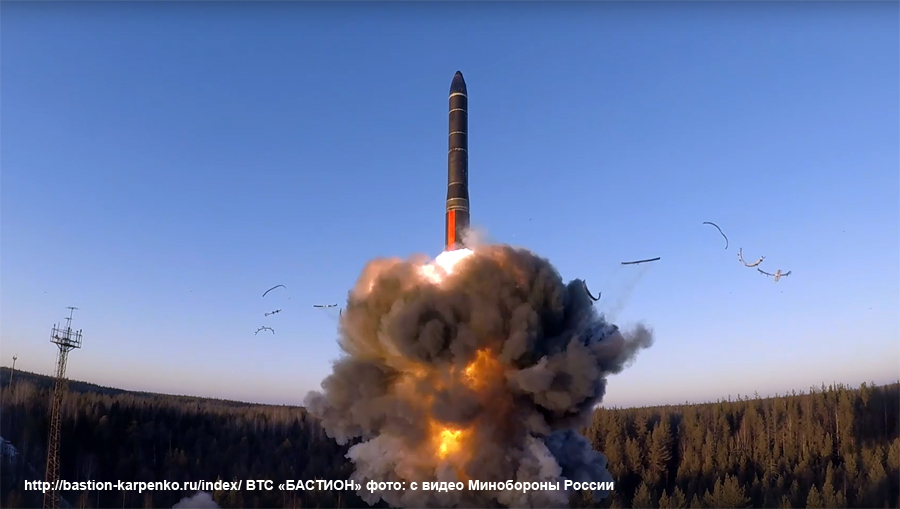 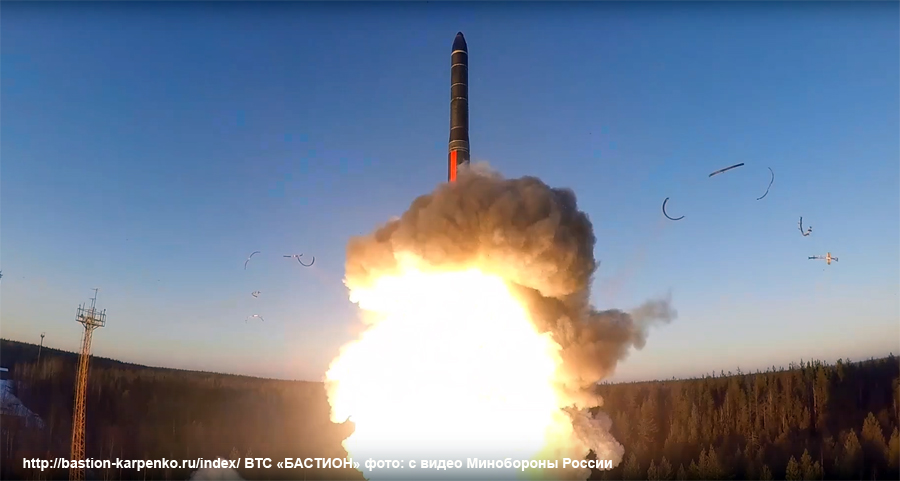 Loading an intercontinental ballistic missile "Yars" into a silo launcher

Unique footage of the Yars ICBM loading into a silo launcher in Kozelsk missile formation.

The Kozelsk missile formation in the Kaluga region is the first to be re-equipped with the stationary-based Yars missile system. 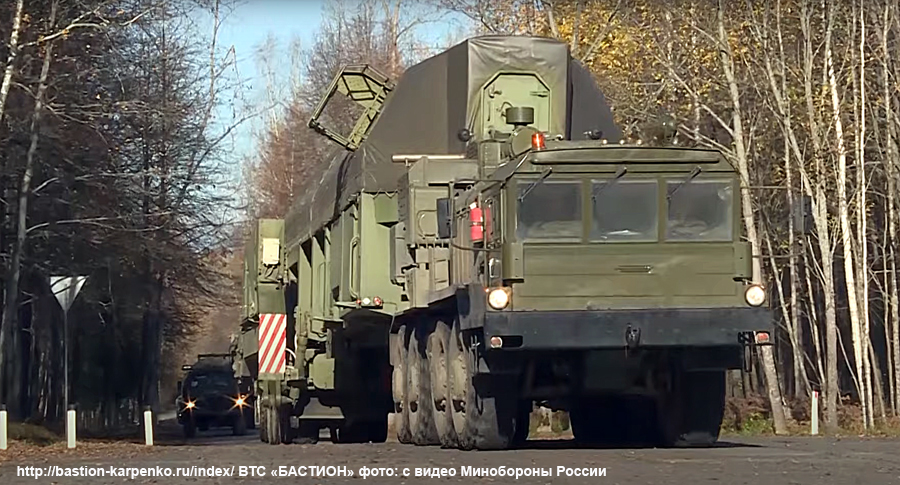 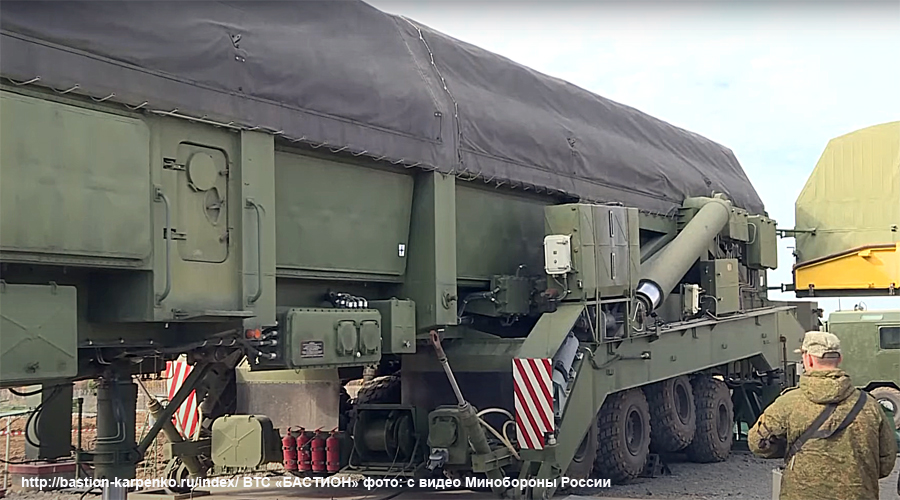 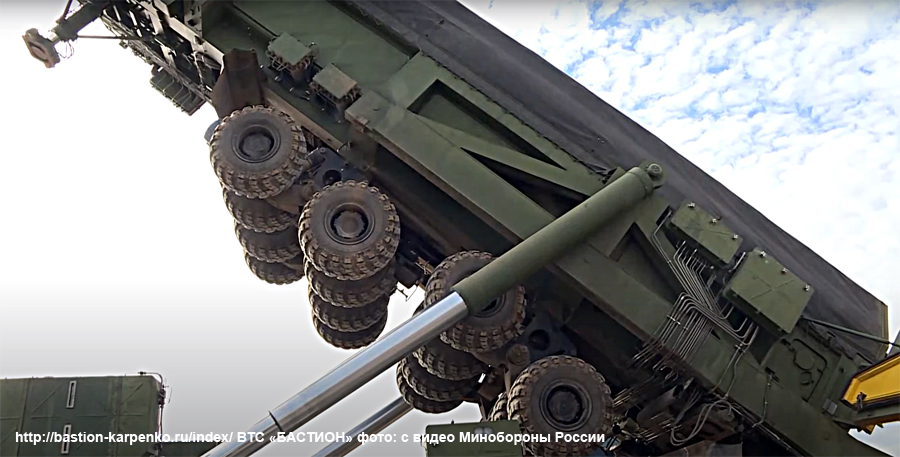 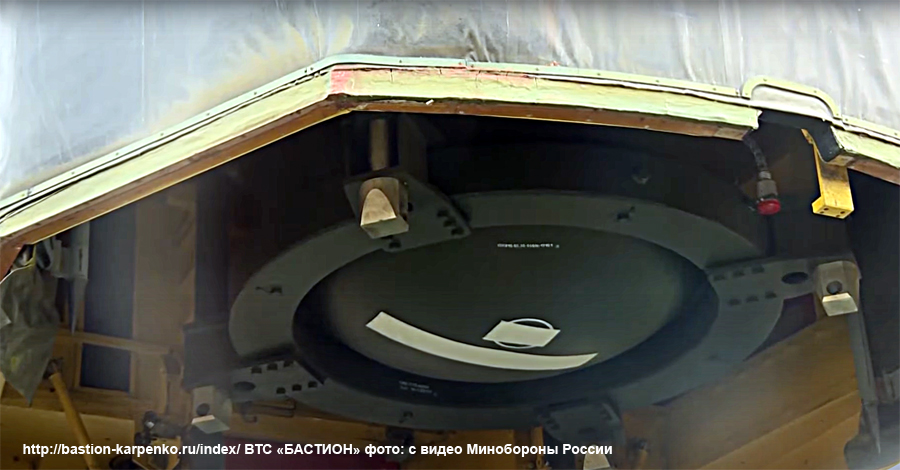 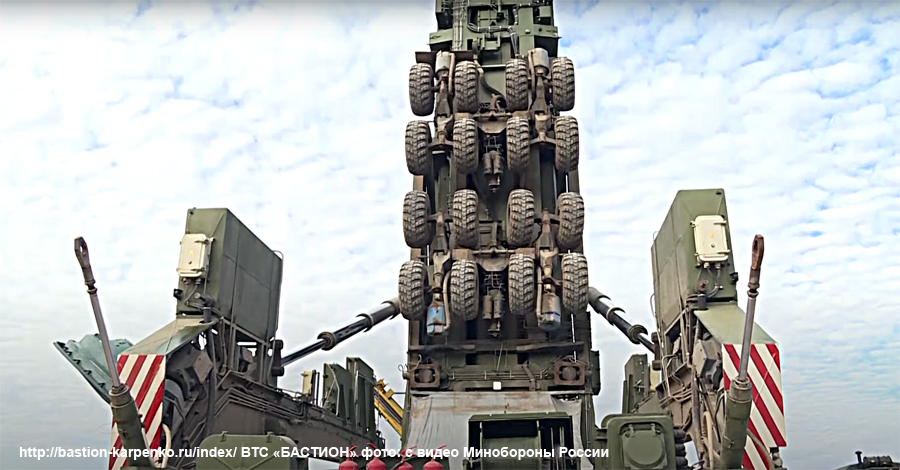 For the first time, the Russian Ministry of Defense spoke about the characteristics of the strategic complex with the Yars-S intercontinental ballistic missile. More information about the equipment was obtained within the framework of the Single Day of Acceptance of Military Products, which was held on January 29 at the National Defense Control Center of the Russian Federation.

It became known that the Yars-S mobile ground missile system is designed to engage all types of strategic targets with the ability to maneuver.

During the last single day of acceptance of military equipment, the commander of the Barnaul missile division, Major General Alexander Prokopenkov, said that the division was on combat duty as part of three regiments with mobile missile systems "Yars-S". Until the end of 2021, another regiment with Yars-S complexes is expected to take over on duty.

Yars-S is a strategic missile system with a solid-propellant intercontinental ballistic missile, mobile and stationary, with a multiple warhead.

NOTE: apparently the Bolgovskaya division is not to be eliminated like one time discussed.

I dont want to be an ass, but whats so hard about posting a URL source? https://iz.ru/1118017/2021-01-29/minoborony-raskrylo-kharakteristiki-raketnogo-kompleksa-iars-s

thegopnik wrote:I dont want to be an ass, but whats so hard about posting a URL source? https://iz.ru/1118017/2021-01-29/minoborony-raskrylo-kharakteristiki-raketnogo-kompleksa-iars-s

My bad however I have a large number of sites set up on auto translators which changes the URL completely hence my not attaching.

Generally it is pretty easy to find any source simply by searching for the articles title.

Sometimes you will get a repeat of a story but they generally provide source lists to find the original...
George1

Yars intercontinental ballistic missile (ICBM) being loaded into a silo at the Kozelsk missile formation in the Kaluga Region in central Russia.

The Kozelsk missile formation in the Kaluga Region is the first unit in Russia that is being rearmed with advanced silo-based Yars ICBMs.

In 2022, the re-equipment of the missile division in Bologoye to the Yars complex will begin


MOSCOW, December 16. / TASS /. The re-equipment of the missile division of the Bologovsky missile formation to the Yars strategic complex will begin in 2022. This was stated in an interview with the newspaper " Nezavisimoye Voennoye Obozreniye " by Major General Oleg Glazunov, commander of the Vladimir missile formation.

"In the Bologovsky missile formation, preparatory work has been carried out to re-equip the missile division. From February 2022, we will start re-equipping it with the mobile-based Yars missile complex," he said.

As Glazunov specified, the Bologovskoe unit is on alert on the Topol mobile ground-based missile system.

Glazunov said that the new missile regiment, armed with the Yars missile system, will take up combat duty as part of the Kozelsk missile formation in the Kaluga region in December this year. According to him, the rearmament of the Kozelsk missile formation, stationed in the Kaluga region, is nearing completion; work on placing the Yars silo-based missile system on alert is continuing in stages.

"In December of this year, another missile regiment armed with the new Yars missile system will take up combat duty as part of the formation," said Glazunov.

Earlier, the Ministry of Defense of the Russian Federation showed footage of the process of loading the Yars intercontinental ballistic missile in the Kozelsk missile formation into the silo.

The PC-24 Yars is a Russian strategic missile system with a mobile and silo-based solid-propellant intercontinental ballistic missile with a multiple warhead. Developed by the Moscow Institute of Heat Engineering under the leadership of Academician Yuri Solomonov of the Russian Academy of Sciences. It is a modification of the Topol-M missile.

NOTE: The Bologovsky missile formation or 7th Guards Rocket division would be the last unit scheduled to convert to the Yars ICBM.

MOSCOW, January 20. /TASS/. The regiment of the Barnaul Missile Division of the Strategic Missile Forces will take up combat duty in full strength in April 2022, the division will be fully re-equipped with the Yars strategic missile system, division commander Dmitry Shiryaev said on Thursday.

And then there will be just 1 Topol unit left.
Hole

Use them before they expire.

Big_Gazza Yesterday at 1:24 am

Hole wrote:Use them before they expire.

..as space launchers or targets for ABM tests.  At least thats what I hope you are suggesting

On 2nd thoughts, fit them will conventional warheads and drop them on Kiev?

That would be a complete waist of rocket propellant! Let them roam free!

Meanwhile hyperpower America which has infinite wealth hasn't changed its ICBMs since the 1970s. Refurbishment does not count.

Trading credit default swaps on some virtual exchange may give you a lot of funny (mostly virutal) money but it doesn´t help you developing/building stuff. Even more so if the few bright mines that are left work at Wall Street and not in the tech sector (and I don´t mean the advertising companies like Google or Facebook).

kvs wrote:Meanwhile hyperpower America which has infinite wealth hasn't changed its ICBMs since the 1970s.   Refurbishment does not count.

I think you mean hype-power...