The Soviets had the Mach 5 Kh-15 in service in the mid 1980s, this weapon is set to enter service in 2026, which means it might never actually get in to service and is certainly not certain to actually work.

The article is strange in its extensive talk of special warheads to penetrate aircraft carrier decks... for a weapon moving at faster than 5 times the speed of sound penetrating the deck of an aircraft carrier is pretty straight forward.. a solid lump of steel weighing more than 10kgs would do the job fine...

Talk of exotic penetrators like self forging fragment warheads is stupid... why waste time using soft metals accelerated by explosive when the weapon itself is already moving that fast?
Tsavo Lion

W/o a warhead, the damage may be repairable or salvageable. So having it ensures complete destruction & also aids in penetrating buried targets.
If the target is missed, it may have proximity fuses to explode & still cause substantial damage.
George1

Planned supply of another 105 F-35 fighters to Japan

On July 9, 2020, the US Department of Defense Agency for Defense Cooperation (DSCA) sent a notification to the US Congress about the planned upcoming sale of Japan by the US program of intergovernmental foreign military sales (FMS) 105 fifth-generation fighter Lockheed Martin F- 35 Lightning II - including 63 F-35A fighters and 42 F-35B short take-off and vertical landing fighters. This shipment is approved by the US Department of State. The total cost of the proposed delivery will be a record $ 23.11 billion, including training and technical support packages. Armament is not included in the supply.

This notice is in line with previously announced plans by the Japanese government to intend to acquire a total of 105 F-35A fighters and 42 F-35B fighters — the latter for ship-based operations.

Recall that earlier in December 2011, the Japanese government entered into an agreement with the United States to acquire the first 42 F-35A fighters through the US FMS intergovernmental military sales program, the total cost of the agreement is about $ 10 billion. The first four F-35A for Japan under this agreement were built in the USA by Lockheed Martin Corporation in a Fort Worth facility in Texas, where the first one (serial number AX-01, Japanese number 69-8701) was transferredthe Japanese side on September 23, 2016, and the remaining 38 (starting with AX-05) are assembled in Japan at the specially created Komaki South F-35 Final Assembly and Check Out (FACO) facility of the Japanese Mitsubishi Heavy Industries corporation in Nagoya, where the first assembled aircraft was deflated on June 5, 2017. Apparently, all F-35A / B aircraft planned for purchase by a new DSCA notification should also be assembled at FACO. Japanese industry is actively involved in subcontracting work on their production.

To date, Japan Air Self-Defense Force received 18 aircraft F-35A, one of which (the first aircraft of the Japanese assembly, the serial number of the AX-05, the Japanese registration number 79-8705) suffered a crash April 9, 2019.

The first 42 F-35A aircraft in the Air Force of the Self-Defense Forces of Japan go into service with the 302nd and 301st tactical fighter squadrons, replacing F-4EJ-Kai fighters, while both squadrons are transferred from the 7th wing to rearmament Hyakuri to the 3rd wing in Misawa.

The DCS agreement, announced by Boeing on 28 July, lays the foundation for a wider USD4.5 billion modernisation programme for the Japan Air Self-Defense Force (JASDF) F-15J fleet into the Japanese Super Interceptor (JSI) configuration that was disclosed by the US government in October 2019.
https://www.janes.com/defence-news/news-detail/mhi-boeing-sign-dcs-agreement-to-upgrade-japanese-f-15j-fleet

On July 28, 2020, Boeing Corporation announced that it had signed an agreement with the Japanese corporation Mitsubishi Heavy Industries (MHI) under the American Direct Commercial Sale (DCS) system to upgrade 98 Boeing F-15J Eagle fighters of the Japanese Air Defense Forces into a variant Japan Super Interceptor (JSI). Image of a Boeing F-15J Eagle of the Japanese Self-Defense Forces, upgraded to the Japan Super Interceptor (JSI) variant. A suspended cruise missile AGM-158 JASSM is shown under the fuselage, demonstrating that the upgraded aircraft will also receive the strike capabilities (c) of Boeing


The contract is part of an overall $ 4.5 billion modernization program under the U.S. Foreign Military Sales (FMS) program, announced by the U.S. government in October 2019.

In accordance with the agreement, Boeing will assist MHI in upgrading the first two F-15J aircraft to JSI level, while the remaining 96 aircraft MHI will upgrade independently using American supplies. Modernization works will start in 2022.

From the bmpd side, recallthat the Defense Security Cooperation Agency (DSCA) in October 2019 sent a notice to the United States Congress of the planned upcoming sale to Japan under the American FMS program at the request of the Japanese government of equipment to modernize 98 Boeing F-15J Eagle Air Force fighters self-defense of Japan into a new modification of the Japanese Super Interceptor (JSI) with a total estimated cost of $ 4.5 billion.

The Japanese Air Force currently has 156 single-seat F-15Js and 45 two-seat F-15DJs, which were built by MHI under license from 1980 to 2000. Only 98 single-seat F-15J aircraft, which have already been upgraded according to the 1st and 2nd stages of the J-MSIP (Japan-Multi-Stage Improvement Program) program, are subject to upgrades to the Japanese Super Interceptor (JSI) variant.

Mitsubishi Heavy Industries has been picked as the lead developer for Japan's next-generation F-X stealth fighter that will enter service in the 2030s.

I wonder what they'll do with them. sell them to US to be converted to target drones or other friendly operators?
George1 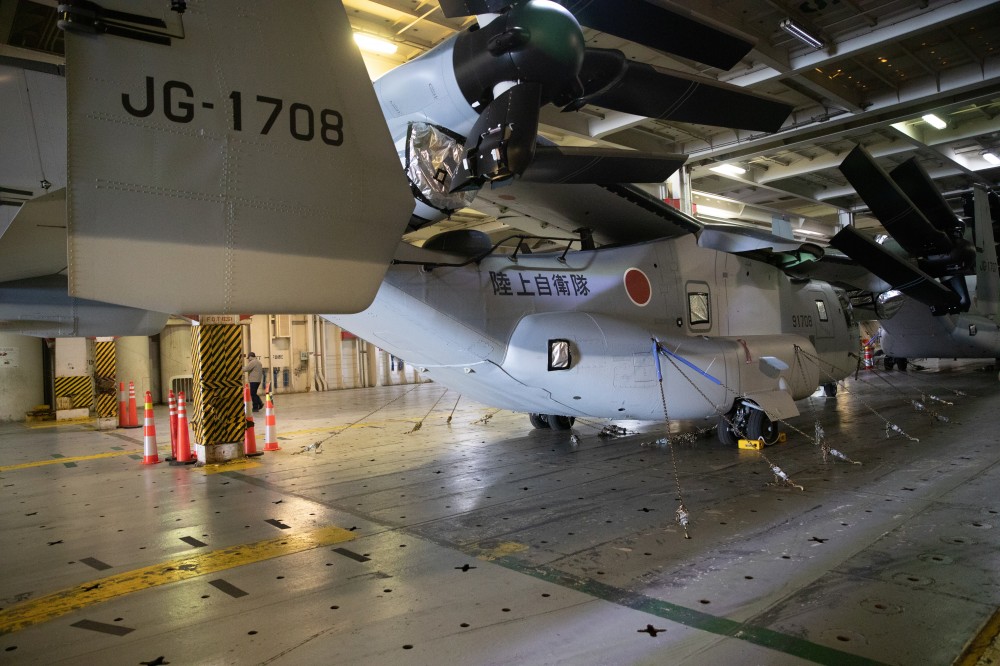 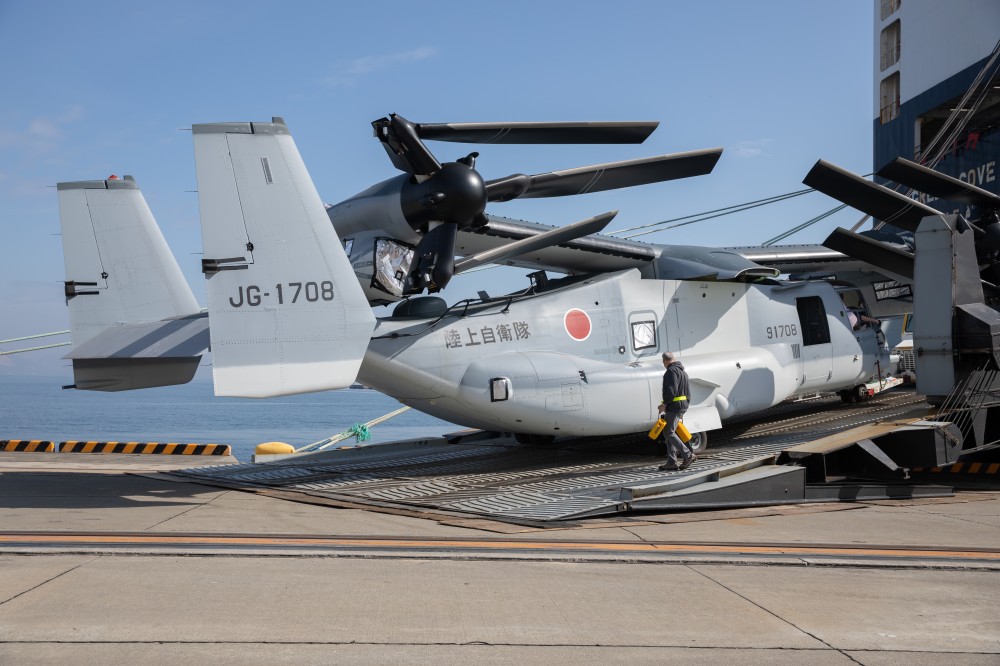 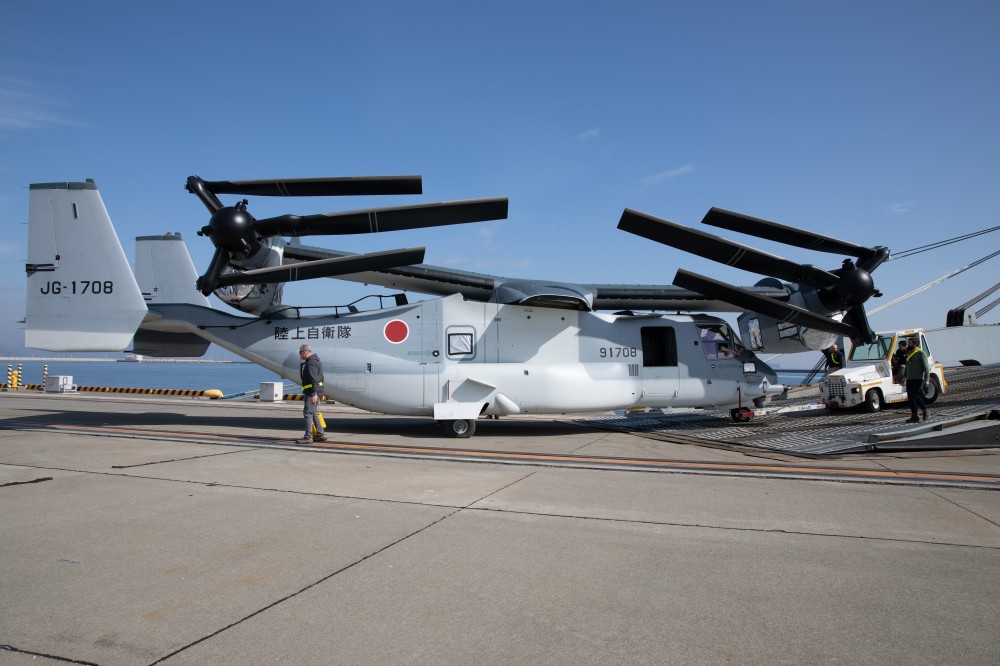