Interesting that they are still working on Tor-M2 - considering that Pantsir is available - I guess Almaz-Antei is cooking something in that field too. Possibly as part of Morphei system as well... or maybe a Tor-M3 ?
GarryB

AFAIK Morfei is a small compact short range missile with an IIR seeker using a QWIP based sensor chip able to see in several IR and visible wavelengths that make up an actual picture of the target. The missile can be launched without being locked on to a target and as it launches is looks for targets itself in a lock on after launch type mode. In a sense it is like an ARH missile in that it is launched and directed to fly in a specific direction that will allow it to see its target... the main difference is that the IIR seeker is passive and can continuously scan for targets... which suggests a small compact sensor for Morfei could also be useful on much larger and much heavier missiles in a dual seeker arrangement. The missile itself will have a library of 3D IR images of targets of all types and when it detects a target it will compare it with its library and determine which target it was sent after, though of course if it spots a more important target it might send that image back to the launch platform as an alternative target...

For instance at long range an enemy AWACS aircraft is detected so an R-37M is fired equipped with a dual ARH and IIR seeker... on its 300km flight to the target it flys past an IR signature that identifies the target as an F-22... too far away for the IR sensors on the launch aircraft to detect, but up close it is detected and the information is passed back to the launch platform and the new target is engaged and another missile is launched to deal with the AWACS.

So IIR sensor... 2 way datalink... 3D thrust vector rocket motor... and the resulting missile becomes AAM, SHORAD missile for the Army, and CIWS for the Navy.

And potentially the small anti missile missile from Firefox...

Will these S-400 fall under the arms sanctions on Iran, if not then i believe they'll be very interested in this systems.

S-400 Triumph- frightening the bejesus out of the imperialist pig-dogs since 2007.

mack8 wrote:S-400 Triumph-  frightening the bejesus out of the imperialist pig-dogs since 2007.

Viktor wrote:West most hated company is increasing its production capacity by another 138 000 m2 by 2016

Excellent. This will be the second new Almaz-Antey factory. 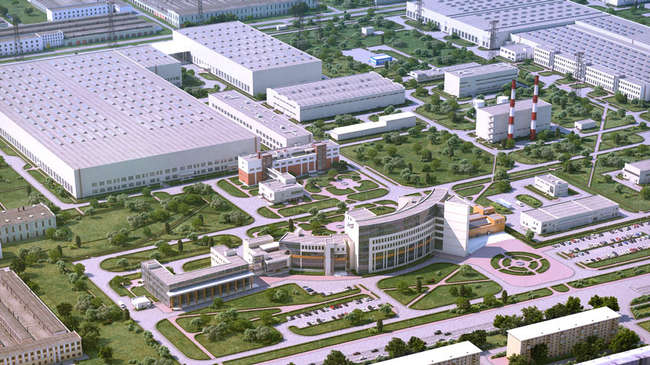 Excellent book, although not everything is inside. I find interesting Veresk and Veresk-M optoelectronic stations, which could be or are used in optical observation posts network in IADS.
TR1

Thanks Viktor , Thats a lot of information
Sujoy

"Almaz-Antey" can shift production from Ukraine to Russia
Viktor

Money is pouring in

"Almaz-Antey" for the year increased its profit nearly tripled
Viktor

Nice to see that everything goes according to plan 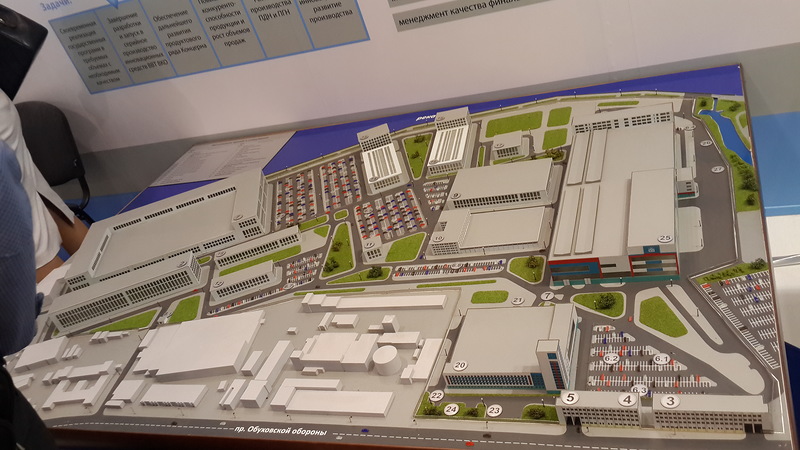 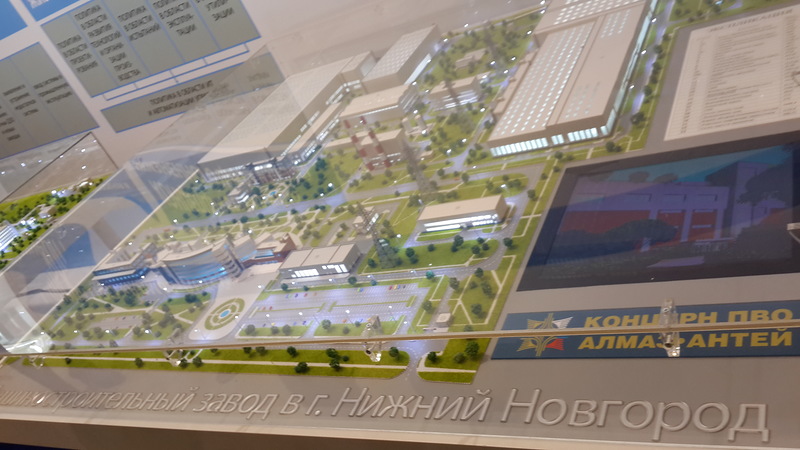 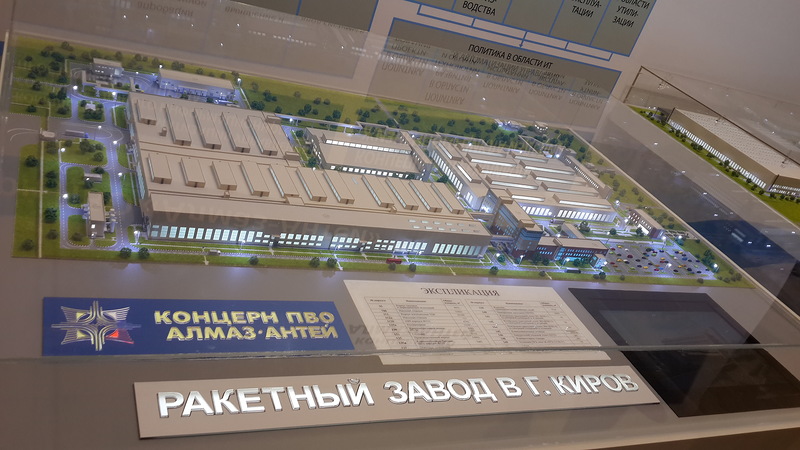 Now they need to do the same.. with their Combat Planes production facilities and expand them 10x fold.. Is amazing that Syria ordered and Paid for 12 Migs-29smt back in 2008 and that Russia recently told will take up to 2018 (10 years!!!) to deliver them. according to latest reports.  This is no wonder why India prefer to buy from Europe than to die waiting for Russia deliver them Combat Planes. If there was a word to describe the state of Russia Industry ,its performance in delivering combat jets to clients ,it will be Catastrophic . Russia really needs to modernize its Industry completely because such kind of poor performance will make them to lose many billions in sales. Perhaps thats why Brazil went for the Saab contract instead of the Su-35 when Russia offered it.
Viktor

Lots of news from Almaz-Antey report from 2013


military-technical cooperation.
Works Company in 2013. MTC carried out in the interests of 14 foreign customers. This, along with the work carried out under previously signed contracts (agreements), in 2013 launched a full-scale deployment of new works on the 6-signed contracts (JSC "Concern PVO" Almaz-Antey "- 2, of" Rosoboronexport "- 3, of "Tactical Missiles Corporation" - 1). Program of export contracts in 2013 has been fully implemented.
MTC with foreign countries carried out to develop (training materials) complex improvement projects (creation) defense based on automated control systems (ACS) and automation means (KSA).


Prospects of development of the Company.
- holding modernization funds previously supplied S-300PMU1 to the level of performance of S-300PMU2 (SPVO "Favorite"), complex "Calm" to "Calm 1" complex "Mosquito-E" to "Mosquito-MBE," complex " Kashmir "into a complex" Calm 1 ";
- stepping up the promotion of the international market ASU "Baikal 1ME" KSA "Structural-ME", "Structural-MAE";
- intensification of work on the development of export documentation on promising means of defense including SAM "polyment-Redoute", "bending",
- R & D to create a system developed in order to improve the efficiency of command and control aircraft and air defense, the main focus of work is to conduct preliminary tests (PI), a prototype area, updating the RKD , the implementation of the comments and recommendations of the PI, the yield on state tests and their implementation.
- participation in the creation of the system of air and space defense of the Russian Federation in order to enhance the capabilities to fight aerospace adversary.
- continuation of work related to the organization of the Federal Target program "Development of the military-industrial complex of the Russian Federation for 2011-2020" in part "Modernisation to create a basic simulation and modeling complex to test and debug network-centric control methods in complex technical systems", which should enable us to raise to a new qualitative level of development a number of important trends in the development of ACS and CSA military.

Proceeds from the sale of goods, works and services in 2013 increased by 77.6% as compared with 2012. Sales volume of "NMP" in 2013 under the state defense order amounted to 46.8%, through the special products - 47.2%, in line civil products - 6.0%.
Development work
general extent of development work ( OCD) in 2013 compared with 2012 increased by 12%. The following works:
• qualification tests conducted and the mass production of products "Niobium" [radar 55ZH6U];
• documentation and developed a conceptual model sample collector is made ​​with fiber optic rotary joint for the modernization of defense products;
• Completed development of CD products defense export options;
• the work is done on the survey antenna systems such as MSW under contract with "Corporation" Comet ";
• development of an explanatory note on the theme: "Development proposals for the production of slewing devices such as TNA and THA-57-9, as well as mirror systems to them for create a stationary antenna complexes based, including marine (ship);
• developed CD on power system BOT-NN.

Special products (export)
The main directions of foreign economic activity of the enterprise, according to the following types of products: the export of defense contracts with JSC "Concern PVO" Almaz-Antey "ZIPov to ed. "2A70" under contract with JSC "Kurganmashzavod."
In 2013, the main work of the plant, in the interests of exports carried by JSC "Concern" PVO "Almaz-Antey" the two major contracts for the benefit of foreign customers for the supply of products and components. In the interests of a foreign customer property shipped in full. Also in 2013, have been concluded and implemented export contracts. Delivery directly contracts with JSC "Rosoboronexport" did not materialize.
in 2013. had contracts with JSC "Kurganmashzavod" to supply ZIPov to "2A70". In term of "NMP" plans to participate in the execution of contracts for the supply of air defense products "2A70" in finalizing ed. "2A70" to ZIPov ed. "2A70" for foreign customers.


military-technical cooperation
in 2013, military-technical cooperation of the Company carried out in several ways:
- completion and delivery of products to prisoners with JSC "Rosoboronexport" commission agreements;
- works on contracts for the manufacture of products for export to the JSC " Concern PVO "Almaz - Antey";
- perform under the ROC to establish a wheeled version SAM "Buk-M2E."


And two other most interesting links


Well so many things to analyze and so little time ...

So BUK-M3 is gone into production in 2013 interesting.

Also improving 40N6 Anti-Missile system wonder what it could be ?

RTC 181M is the A-235 Samolet-M, according to other forum sites.
Sponsored content