If we find out it was mechanical failure or system failure, do you guys think it will end the Tu-154 overall to make way of something new like Tu-204 for military use?

Seems that 9 have already crashed in how many years for this relatively new state of the art aircraft...

Seems like a lot to me... were they all from Russian airlines?

Very true, new planes do crash. But as said before, the Tu-154 has a somewhat notorious history. Even heard that the government was warned by ministry of transportation to remove those Tu-154's from service. So that is why I was thinking the Tu-204 is a good replacement.
JohninMK

Divers have found one of the black boxes of the crashed Russian Defense Ministry's Tu-154 aircraft in the Black Sea, a source in law enforcement agencies told TASS on Tuesday.

"During search operations, one of the black boxes was found under the aircraft's cabin. It will be taken out of the water soon," the source said.

The condition of the black box is yet unknown, the source added.

"Two other two boxes were in the tail section of the aircraft. They have not been found yet," the source said.
miketheterrible

In other words, ministry of transportation stated it is wrong to call cancellation of use for Tu-154M. Although, other countries decided to remove it from service due to bad past, Russia still wants to use it. Don't know how that will fly with passengers who may not feel safe flying in it.
franco

In other words, ministry of transportation stated it is wrong to call cancellation of use for Tu-154M. Although, other countries decided to remove it from service due to bad past, Russia still wants to use it. Don't know how that will fly with passengers who may not feel safe flying in it.

The Tu-154 and Tu-154M aircraft are a different thing. In fact the production of the Tu-154M just ceased around 2010 or so. I agree that the Tu-154 is certainly getting long in the tooth and needs phasing out.
TheArmenian

The tragically crashed aircraft was one of the last few Tu-154B2 aircraft still flying. This particular plane was built in 1983.
Most Tu-154 aircraft in service now are the much improved Tu-154M model. The last one was built in 2013. The M-models have different engines, avionics and even some structural changes.

Over 1000 Tu-154 airliners were built over the years and they were the most extensively aircraft used by Aeroflot and many other airlines for decades.

There is nothing fundamentally wrong with the aircraft. Most of the incidents this type was involved in were caused either by factors unrelated to the aircraft, or by its extensive use in extremely demanding conditions. Including mid air collision, shoot down by Ukrainian missile etc.
JohninMK

Seems like it was the main flight recorder that was found on Monday and is now being analysed in Moscow. The other two are also found but still underwater.

A security source earlier told RIA Novosti that rescuers located on Tuesday the remaining voice and auxiliary flight recorders of the crashed Tu-154 plane, but have not yet brought them to surface.

Russian authorities have disclosed that the Tupolev Tu-154 which crashed in the Black Sea had originally been due to refuel in Mozdok, in North Ossetia, rather than Sochi.

The aircraft had departed Chkalovsky airfield, north-east of Moscow, on 25 December, bound for Latakia in Syria.

It had been scheduled to refuel in Mozdok but the Russian federal security service FSB says the plan was changed as a result of difficult weather conditions.

FSB says the aircraft, having departed Sochi at 05:25, flew for about 1min over the Black Sea and, at a distance of 6.25km from the end of the runway, lost contact and subsequently disappeared from radar surveillance.

It had taken off with a “normal” speed of 186kt (345km/h), says the security service. Wreckage has been located just 1.5km from the coastal district of Khosta.

The Tu-154 was transporting about 150kg of cargo – including food and medicine – and was not transporting pyrotechnic freight or military goods.

After it arrived at Sochi, it was “taken under protection” by FSB and defence ministry personnel, says the service adds, with only two authorised individuals boarding the jet during refuelling.

FSB says there is no immediate evidence pointing to an act of sabotage. The service states that engine ingestion, substandard fuel, or some sort of technical failure or crew problem remain valid potential explanations.

This is for all the people saying that, US aircraft and helicopters, don't crash, they crash, as often as Russia's but it is not reported.

par far wrote:This is for all the people saying that, US aircraft and helicopters, don't crash, they crash, as often as Russia's but it is not reported.

That is not true, every single crash is being listed in crash notifications by US MoD. When its about such accidents they are very open. They even release public document at the end of reach year (or so) with list of all mishaps and accidents that matter.
GarryB

Yes, it is the US military that democratically and peacefully posts all information on accidents and mishaps... it is the US Media that brushes it all under the carpet except to suggest production of new equipment is needed...
Guest

GarryB wrote:Yes, it is the US military that democratically and peacefully posts all information on accidents and mishaps... it is the US Media that brushes it all under the carpet except to suggest production of new equipment is needed...

Depends. There were even rumors that US Air Force caused certain non-lethal accidents though years on purpose to try and obtain higher funds from Senate for new equipment. When its about how open they are about accidents that happen, they are really open, suprisingly open actually, unlike some of their allies like Japan for an example or South Korea.

Military.com is lately very keen on reporting on all accidents no matter how minor in USAF and USN... more funds cryouts being prepared probably.
hoom

I love listening to Red Army Choir songs, normally very uplifting but not so much today 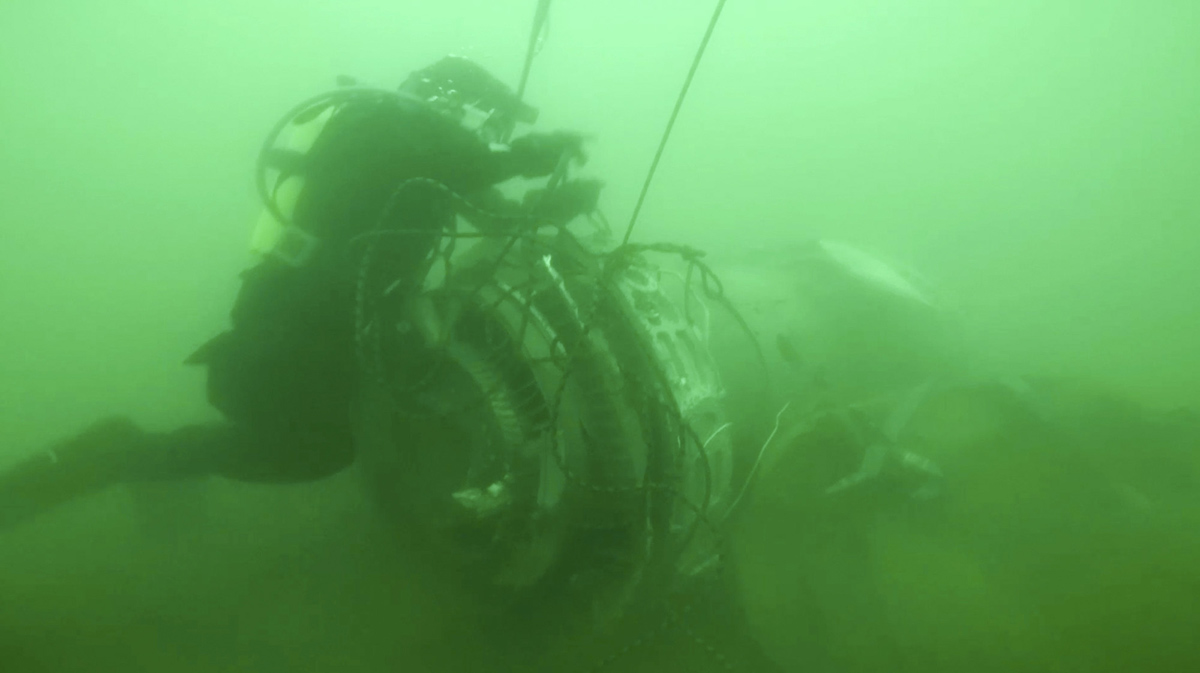 In this still image from video, a Russian Emergency Situations Ministry diver adjusts a rope on a fragment of a plane engine, to lift it outside in Sochi, Russia, on December 28, 2016. The Defense Ministry says search teams have recovered another flight recorder from a military plane that crashed in the Black Sea, killing all 92 aboard

Preliminary cause of the Tu154 crash... human error.

"The findings presented by the Commission, say that the collapse of the board was due to the fact that the co-pilot Alexander Rivne on takeoff made a fatal mistake, confusing the levers control the flaps and landing gear. In addition, the aircraft was overloaded, which did not allow the crew to gain the desired height and speed to continue the flight."
Benya

MOSCOW, April 26. /TASS/. A MiG-31 interceptor jet crashed near the Telemba proving ground in Buryatia during a training flight on Wednesday, the Defense Ministry said. Both pilots reportedly ejected themselves.
"A MiG-31 interceptor jet of the Eastern Military District crashed during a training flight near the Telemba proving ground, the Republic of Buryatia, at 12:05 Moscow time. Both crewmembers reportedly ejected themselves," the Defense Ministry said. "A search and rescue service helicopter was dispatched to the site of the incident."
"The plane crashed at a proving ground in an unpopulated area. Both pilots ejected themselves. They were promptly evacuated. Their life is not in danger," the Defense Ministry said.
Earlier, a source in local emergency services said the crash occurred 120 kilometers away from the city of Chita.

Seems that no matter how much effort one puts into updating older jets, still more prone to crashes than new built.

Seems that no matter how much effort one puts into updating older jets, still more prone to crashes than new built.

Old Yelizovo Mig-31 in this case

Some details about this Tu-22M crash 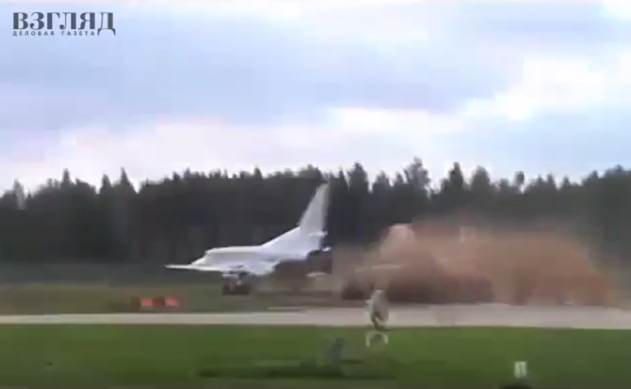 A new video has been published of the crash of a Russian Tupolev Tu-22M3 “Backfire” on Sept. 15, 2017. The heavy bomber, said to be near maximum take-off weight at the time of the accident according to Russian language reports, ran off the end of the runway at Shaikavka Airbase during Zapad 2017 exercise. The video was released today by the media outlet “Vzglyad”, a Russian-language online news source. The aircraft is attributed to the 52nd Guards Heavy Bomber Aviation Regiment.

One Russian language news outlet quoted a “high-ranking source” as saying, “The cause of the accident was the failure of speed sensors during the take-off, resulting in the crew decided to stop taking off.” There have been no official statements released about the cause of the accident. The four crew members on board the large supersonic strategic bomber were not injured in the accident.

This is the third similar incident reported in Russian media during take-off of a Tu-22M3 bomber. The first two incidents were less serious since the aircraft involved were at lower take-off weights and could stop short of the end of the runway. 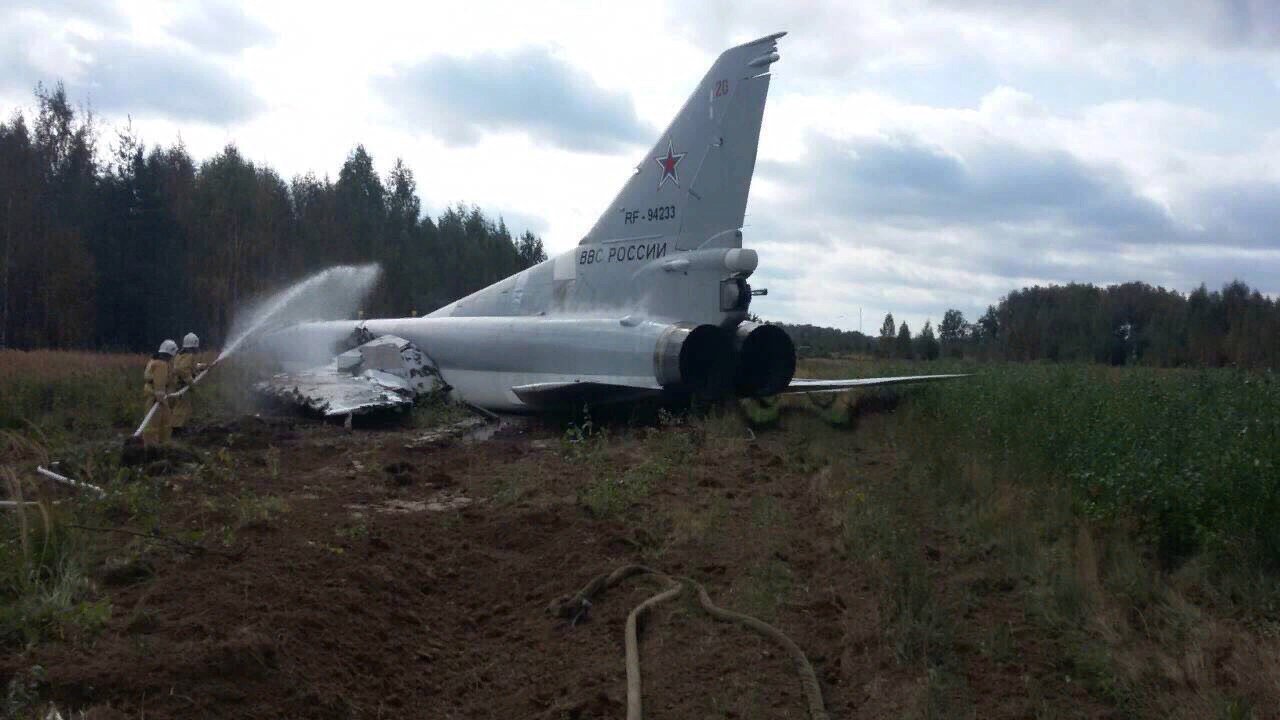 Tu-22M3 RF-94233 in the grass after running off the runway at an airbase in western Russia. (Image credit: RuAF)
The Russian Tupolev Tu-22M3 can be compared to the U.S. B-1B heavy bomber. Both aircraft are supersonic and use variable geometry swept wings. The Tu-22M3 however, is a twin-engine aircraft compared to the four engines on the B-1B of the U.S. Air Force. The two aircraft are of roughly similar size with the Tu-22M3 being slightly smaller than it’s U.S. counterpart, the B-1B.

The Tu-22M3 and M3M variants are in wide service in Russia, with over 80 reported in flying with the Russian Air Force and more than 40 in use with Russian Naval Aviation as long-range maritime patrol, surveillance and attack aircraft. The naval variant of the aircraft became famous in the West following the 1991 release of the fictional best-seller The Sum of All Fears by late author Tom Clancy. It was followed by a feature film of the same name in 2002. In the fictional story a group of Tu-22M3s launch a cruise missile attack on a U.S. aircraft carrier in the Atlantic during an international crisis between the former Soviet Union and the United States.

Take off? Take off with parachutes on? :3
gaurav

Initially the pilots planned to take off but due to sensor mal -function , decision taken to apply the breaks ("in a fully loaded aircraft") ..
I think the parachutes were released in the process of applying the brakes .. and teh aircraft skidded off the runaway into the fields..
Benya

MOSCOW, March 7. / TASS /. At least three people were killed in the crash of the Mi-8 helicopter in the Itum-Kalinsky district of the Chechen Republic. A source in law enforcement agencies of the North Caucasus Federal District said this on Wednesday.

Russian Su-30SM has crashed into the sea off the coast of Syrian town of Jabla in Latakia. Both pilot & co-pilot/weapon systems officer(WSO) have died in the crash. Rus MoD:may have been caused by a bird hitting the engine. 1st in Rus service Su-30SM crash. 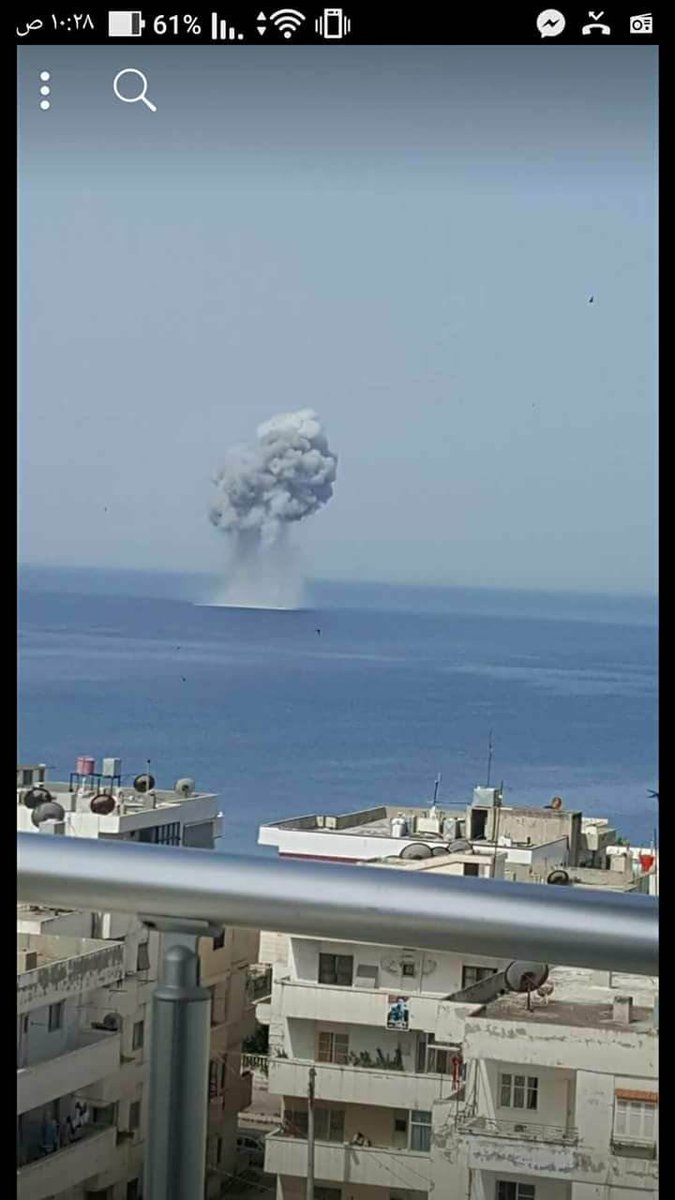