miketheterrible wrote:Argentina probably waS to purchase these Jets due to being dirt cheap and semi decent.  Argentina multiple times promised to buy various different weapons
They end up not buying anything or a token number that sit idle.

China already reversed engineered S-400 and claims it's better than it. Then their copies lost in Turkish bid. Then they themselves ended up buying S-400.  They can't reverse engineer it cause there isn't anything secret about what Russia sold them. It's the typical monkey model.

As per what we have read - China's drones being sent back to China from UAE for being garbage, Syria's quantum radar not working as intended or barely functions, Peru MBT 2000 tank showing turret falls off, etc... I don't think China will steal much market other than dirt poor nations looking for Chinese handouts and China forcing them to buy (on credit) Chinese military goods in exchange for assistance.  And they learned this from the US.

Quality has been an issue with many Chinese arms but i am most surprised at Argentine buying JF 17 in lieu of MIG 35....lol this is not even apple n oranges comparison its like comparing apples with poppy seeds
GarryB

Even at the peak of the Cold War when the U.S was apparently fighting the communist the U.S government and the public considered China to be a friend and India to be any adversary. A sentiment captured perfectly in the book Scratches on Our Minds.

The ridiculous thing is that if they can suck up to China in order to destroy the Soviets then why not suck up to the Soviets and save a lot of money on weapons you will no longer need.

China was a basket case... like a North Korea but without the blockade... they built them up to be their problem.

More importantly it just shows you that with investment any country can grow and develop... they wont necessarily become a regional super power, but they can grow and develop and raise their standard of living... which is good news for North Korea and Afghanistan and Libya... when the west is destroyed or comes to its senses and stops being a bunch of

stifling growth everywhere except for the rich in the west then more countries could get a change at decent growth and development.

Anyone catch the Chinese arms expo? its funny how much of the crap they showed off was clearly reversed engineered russian gear. I find it funny the russians sell them stuff and china rips it off and sells it for cheaper.
PapaDragon

SeigSoloyvov wrote:Anyone catch the Chinese arms expo? its funny how much of the crap they showed off was clearly reversed engineered russian gear. I find it funny the russians sell them stuff and china rips it off and sells it for cheaper.

I've been glancing at it, pretty much why they stopped selling big ticket items to them

SeigSoloyvov wrote:Anyone catch the Chinese arms expo? its funny how much of the crap they showed off was clearly reversed engineered russian gear. I find it funny the russians sell them stuff and china rips it off and sells it for cheaper.

They don't really sell russian copies or should I say no one buys them.

And no one really knows what they are capable of because it is easy to create a S-400 launcher but what matters is what's inside.

Moreover they don't wait to buy russian weapons to copy them. As soon as there is an image on internet of a new hardware they tell of of their design bureau to copy it. And that's true for even western stuff.

Even the chibese army don't buy all of their products. They have thousands of differents missiles, drones, vehicles and other hardware that are exposed every year but most are not even in service and never bought.

Everybody copies everyone else... the brand new state of the art Thermal Imagers the Russians are busy putting in everything are essentially evolutions of French and Swedish thermal imagers they previously bought or tested...

Most of the time they will get a licence for production but when that is not possible... you make what you can.

The Russian plan was for step one to be upgrade all ex Soviet stuff as far as possible to eliminate as many problems and issues as possible while also starting work on a new generation replacement designed from scratch to be better based on what you have learned from use and upgrading of the older stuff.

Isn't that just what everyone does?

More a planning issue than a design issue. 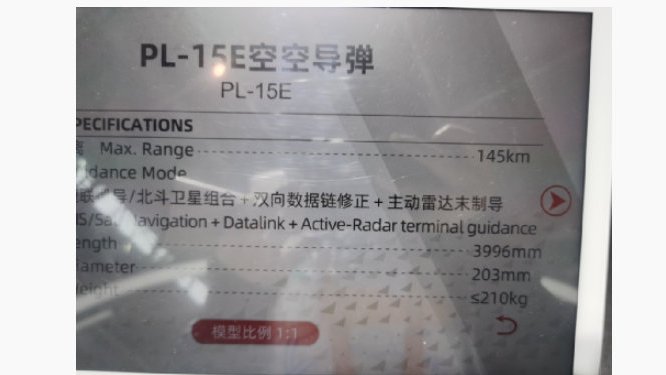 The Chinese equivalent of the R-37M, or more precisely the RVV-BD...

This one is in the medium range missile class. Main weapon of j-21.
Sponsored content