On December 6, 2019, in Toulon, a ceremony took place by the French shipbuilding association Naval Group to the Argentine fleet of the L'Adroit Gowind type patrol ship, formerly part of the French Navy. The ship received the traditional name for the Argentinean fleet Bouchard in honor of the famous Argentine captain of French descent Hipolito de Bouchard (1780 - 1837), and is due to arrive in Argentina on or about December 23.

This contract was the first order Argentina new warships in more than 30 years. The contract is financed through a credit line provided to the Argentine government by a consortium of banks consisting of Credit Agricole, Natixis and Banco Santander.

The first patrol ship L'Adroit, now received by Argentina, was built in 2010-2011 in the arsenal in Loriana at its own expense by the French shipbuilding association DCNS (current Naval Group) as the lead demonstrator ship of the Gowind type in the OPV 90 design variant (in construction and on tests had the temporary name Hermes). In 2012, L'Adroit was leased to DCNS by the French Navy for a three-year term for use as a patrol ship; since 2015, the lease term was extended on the basis of annual agreements, but in 2018 the ship was withdrawn from the French Navy and returned to the Naval Group. In the past few years, the Naval Group has been actively looking for a buyer abroad for this ship and eventually sold it to Argentina.

April 16th, 1:07
On April 13, 2021, at the shipyard of the French shipbuilding company Piriou in Concarneau (on the Atlantic coast of France), the completed patrol ship P 52 Piedrabuena was handed over to the Argentine naval forces - the lead of the three ordered by Argentina in 2018 under the Gowind OPV87 project under a contract with the French shipyard the merger of the Naval Group. The construction of the ships under this contract is carried out by Kership, a joint venture between Piriou and the Naval Group, the latter being the designer, integrator and prime contractor for the construction and delivery of these ships.

Recall that in November 2018, the Argentine Ministry of Defense signed a contract worth 319.02468 million euros for the purchase of four Gowind-class patrol ships in France. According to the contract, Argentina acquired for its Navy the P 725 L'Adroit patrol ship of the Gowind type, which was previously part of the French fleet , and also ordered the construction of three more almost identical patrol ships of the Gowind OPV 87 type (also used the designation of the OPV 90 project) of the Kership company (joint the Naval Group and Piriou).

This contract was the first order by Argentina of newly built warships in more than 30 years. The contract is financed through a line of credit provided to the Argentine government by a consortium of banks comprising Credit Agricole, Natixis and Banco Santander.

In accordance with the contract, on December 6, 2019 in Toulon, the L'Adroit patrol ship was transferred to Argentina , which entered the Argentine Navy as P 51 Bouchard and arrived in Argentina at the end of December 2019. It was originally builtin 2010-2011 in the arsenal in Loriana for its own funds by the French shipbuilding association DCNS (the current Naval Group) as the lead demonstration ship of the Gowind type in the OPV 90 project version, and had the temporary name Hermes during construction and testing . In 2012, she was leased to DCNS by the French Navy for a three-year lease for use as a patrol ship called P 725 L'Adroit , since 2015 the lease has been renewed on the basis of annual agreements, but in 2018 the ship was withdrawn from the French Navy. and returned to the Naval Group, which actively sought a buyer abroad for this ship and eventually sold it to Argentina.

The construction of three new 87-meter patrol ships of the Gowind OPV 87 type for the Argentine Navy is being contracted by the Piriou shipbuilding company in Concarneau. The lead ship P 52 Piedrabuena was laid down there in 2019 and officially launched on October 1, 2020 (the first technical launch took place on July 4). Factory sea trials of the ship began on February 25, 2021, and now it has been handed over to an Argentine customer. It is reported that the second ship under construction there P 53 Almirante Storni should be delivered to Argentina by the end of 2021, and the third P 54 Bartolomé Cordero - in 2022. 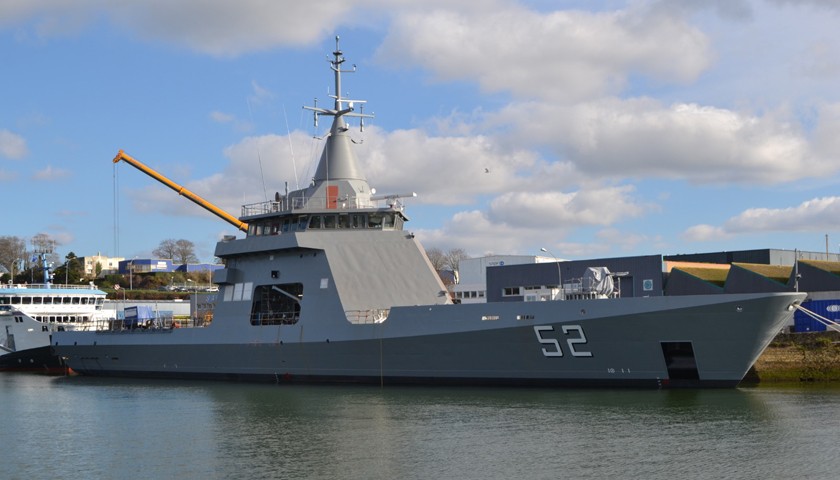 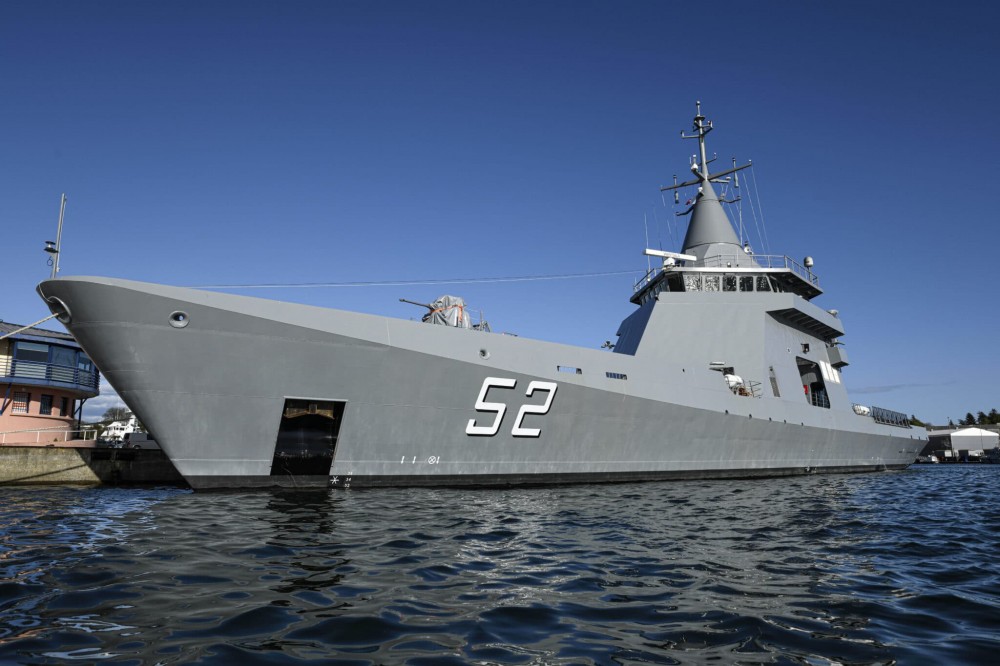 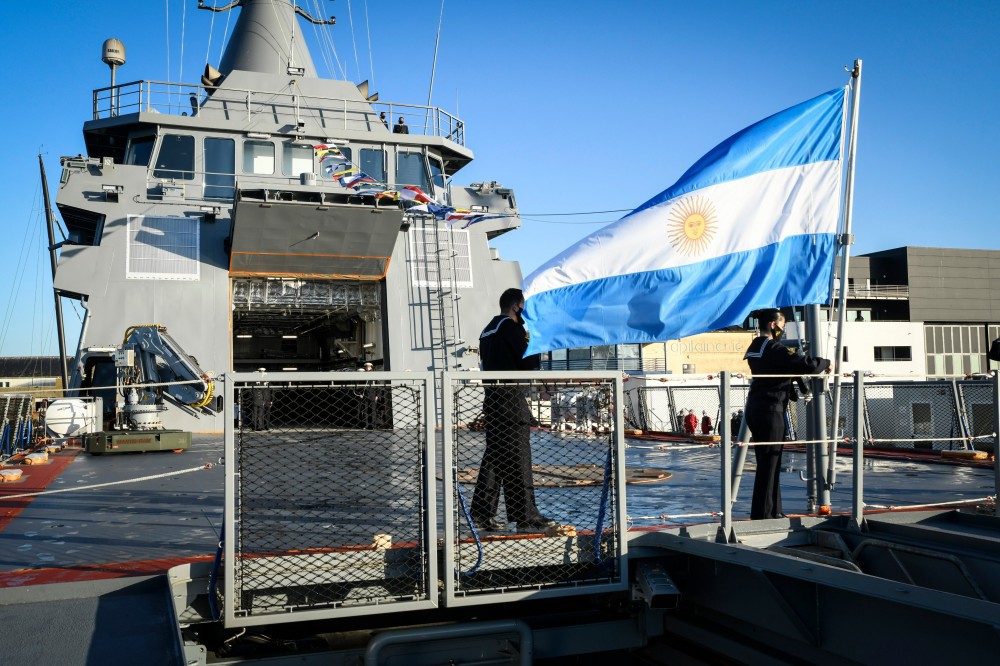 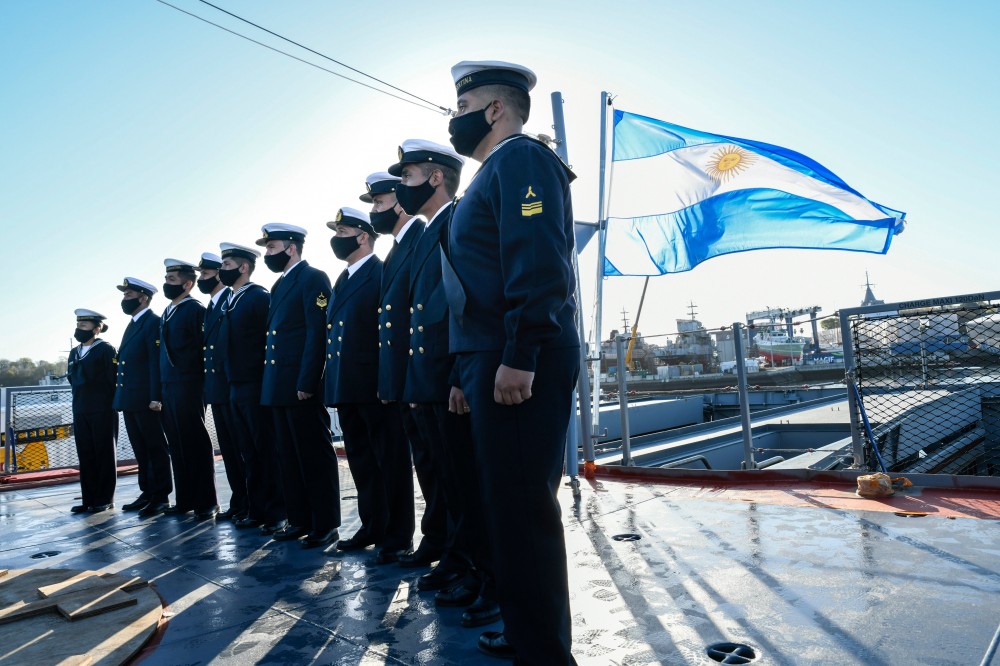