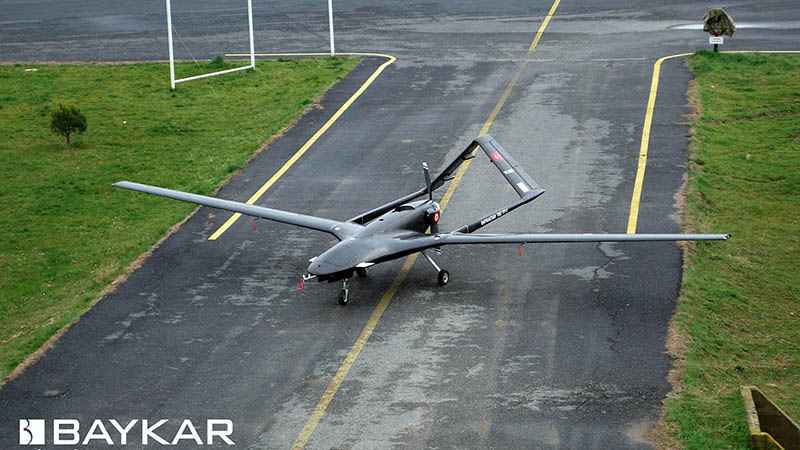 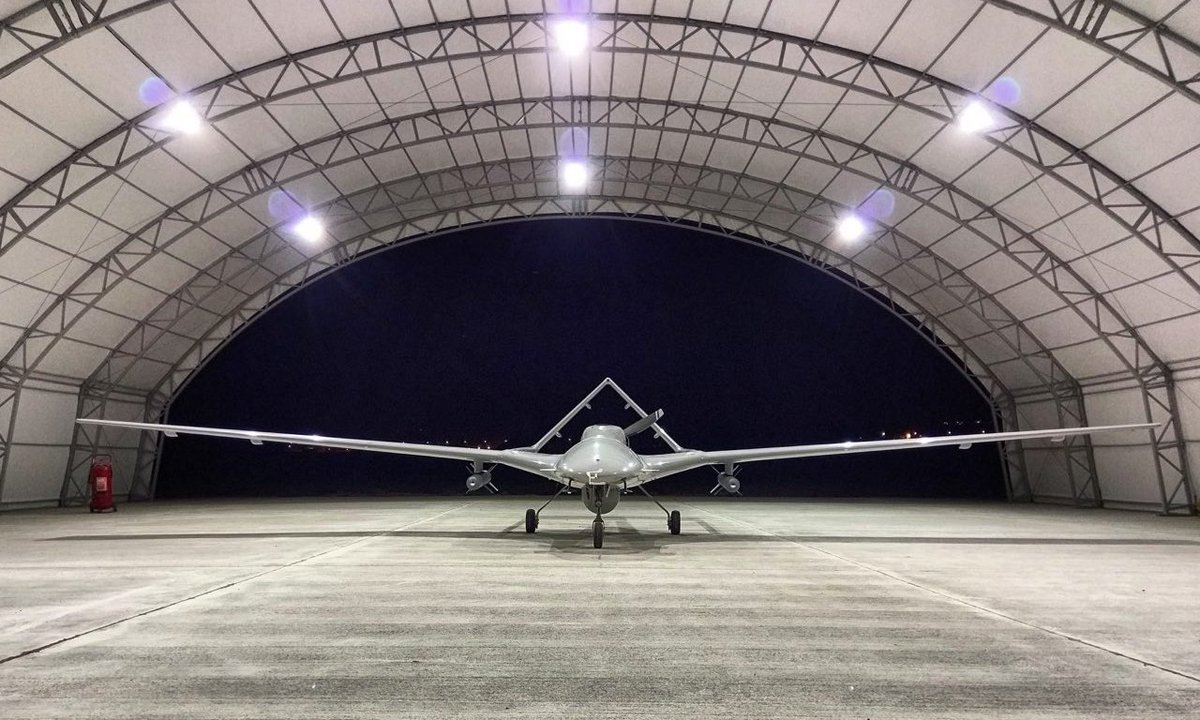 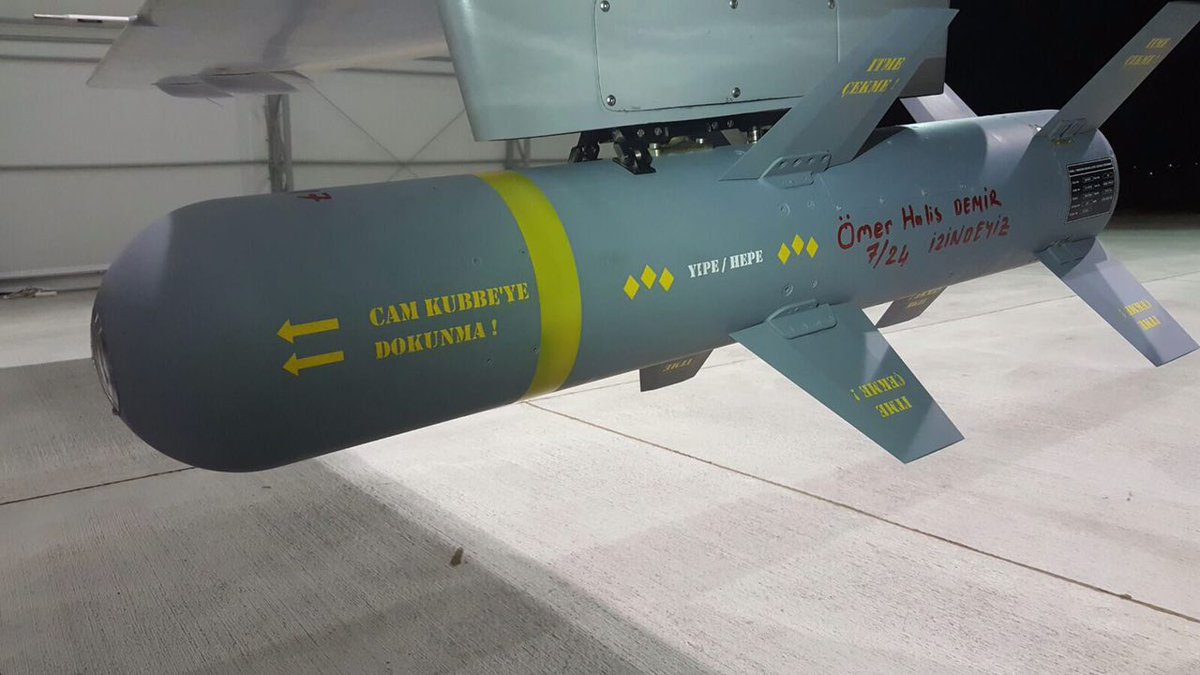 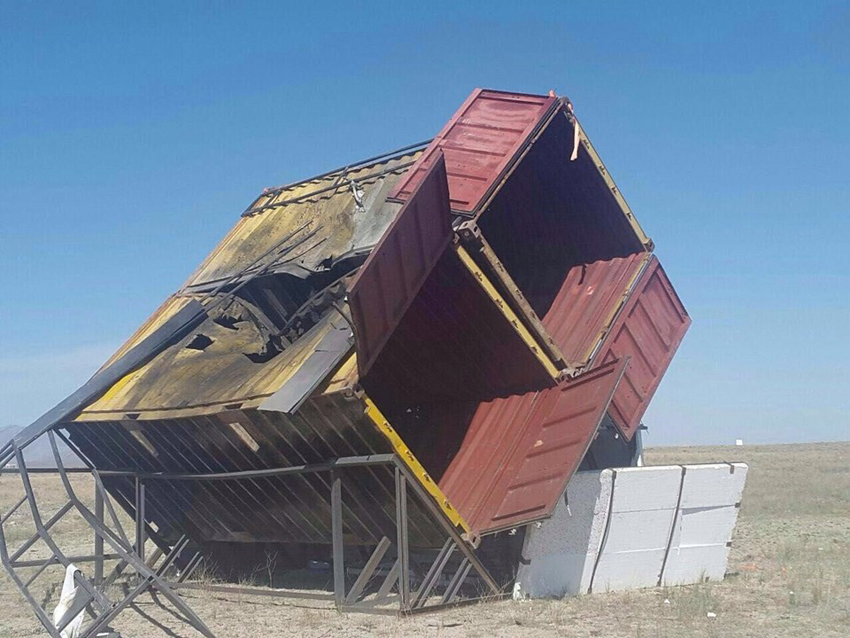 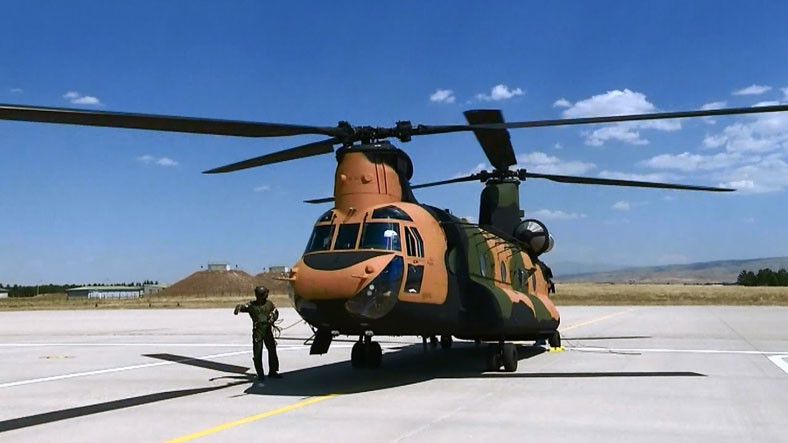 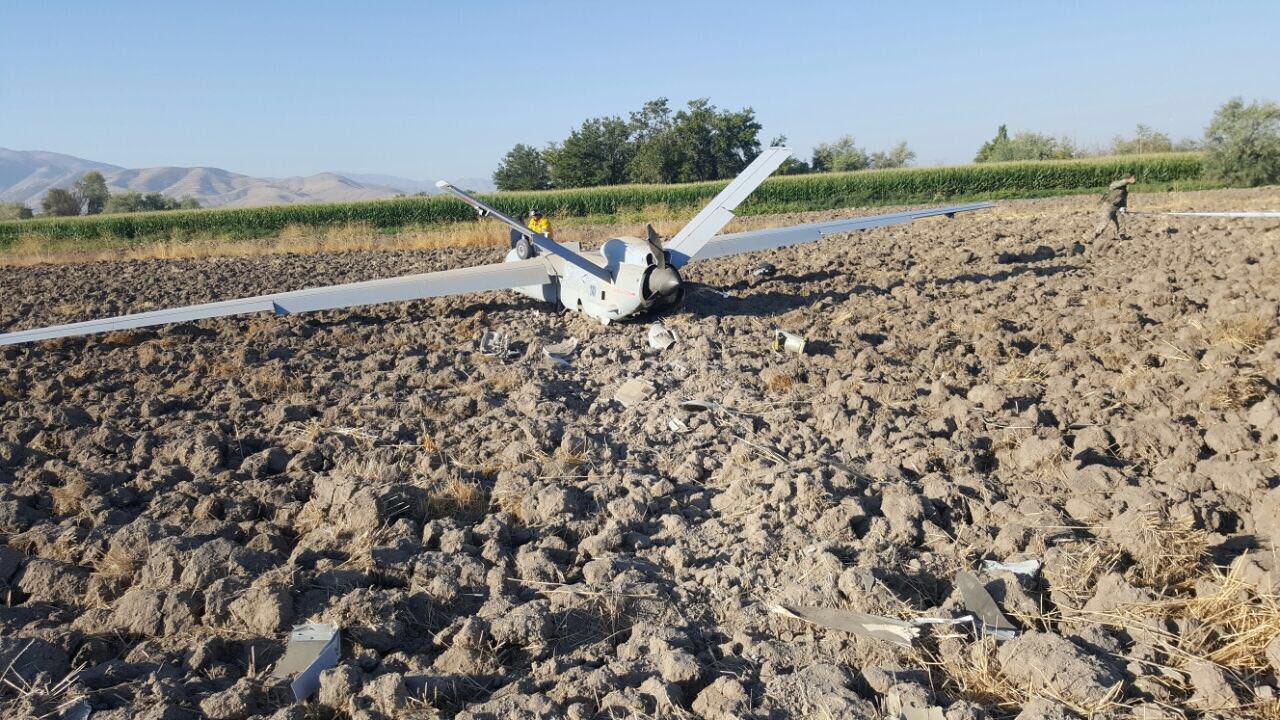 Anka A UAV prototype made an emergency landing
Airman

Anka A UAV prototype made an emergency landing

This happened 10 days ago.

Anka made emergency landing because engine failure happened in the flight. Turkish Aerospace Industries said ''The aircraft will be repaired in a short time''.
Airman

Within the framework of the program; two aircraft configurations are being developed.

- HÜRKUŞ-A: Basic version which is to be certified with EASA (European Aviation Safety Agency) according to CS-23 requirements.
- HÜRKUŞ-B: Advanced version with integrated avionics (including HUD, MFDs, and Mission Computer).

Following the completion of taxi tests, the first aircraft of HÜRKUŞ-A Configuration successfully performed its first flight on August 29, 2013 at TAI's facilities. Consequent to the flight permission of SHGM (Turkish Civil Aviation General Directorate) and EASA the first flight, which lasted 33 minutes, was performed with open landing gear position at a height of 9500 ft. During the flight, the first checks were performed on control surfaces and a successful landing was realized.

The second aircraft has performed its first flight on September 10, 2014.

545 documents have been produced and approved by EASA and SHGM. Also maintenance documents are ready for usage.

The type certificate from EASA and SHGM has been taken on 11 July 2016.

The acceptance phase of the aircraft is ongoing with SSM.

As a resolution of SSIK's meeting, held on Sept. 26, 2013, in order to meet the 15 new-generation trainer aircraft requirement of TurAF, contract regarding the serial production of HÜRKUŞ was signed with TAI. The production and assembly of the serial aircraft are ongoing. 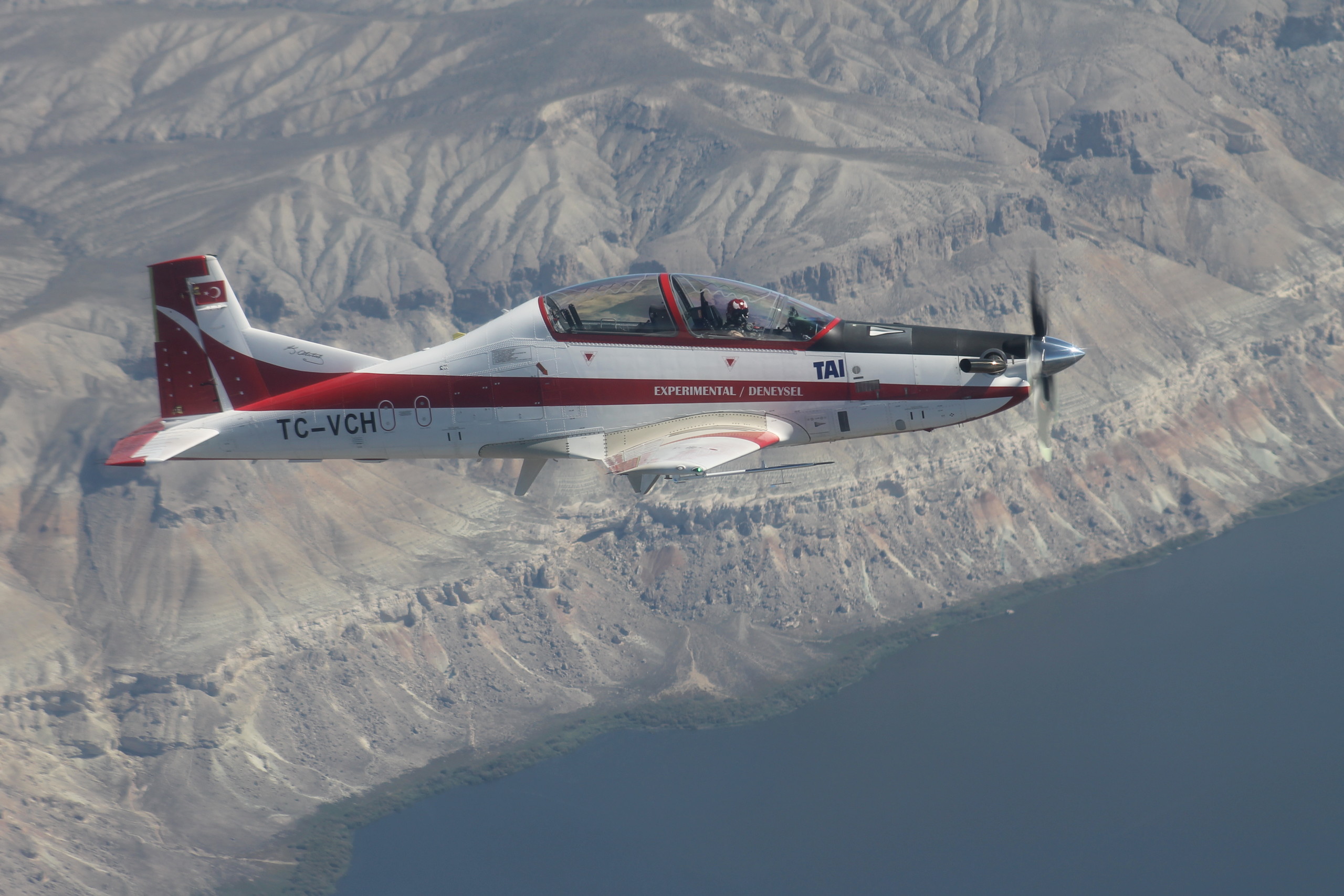 *Values given in the table are calculated under International Standard Atmospheric (ISA) conditions. 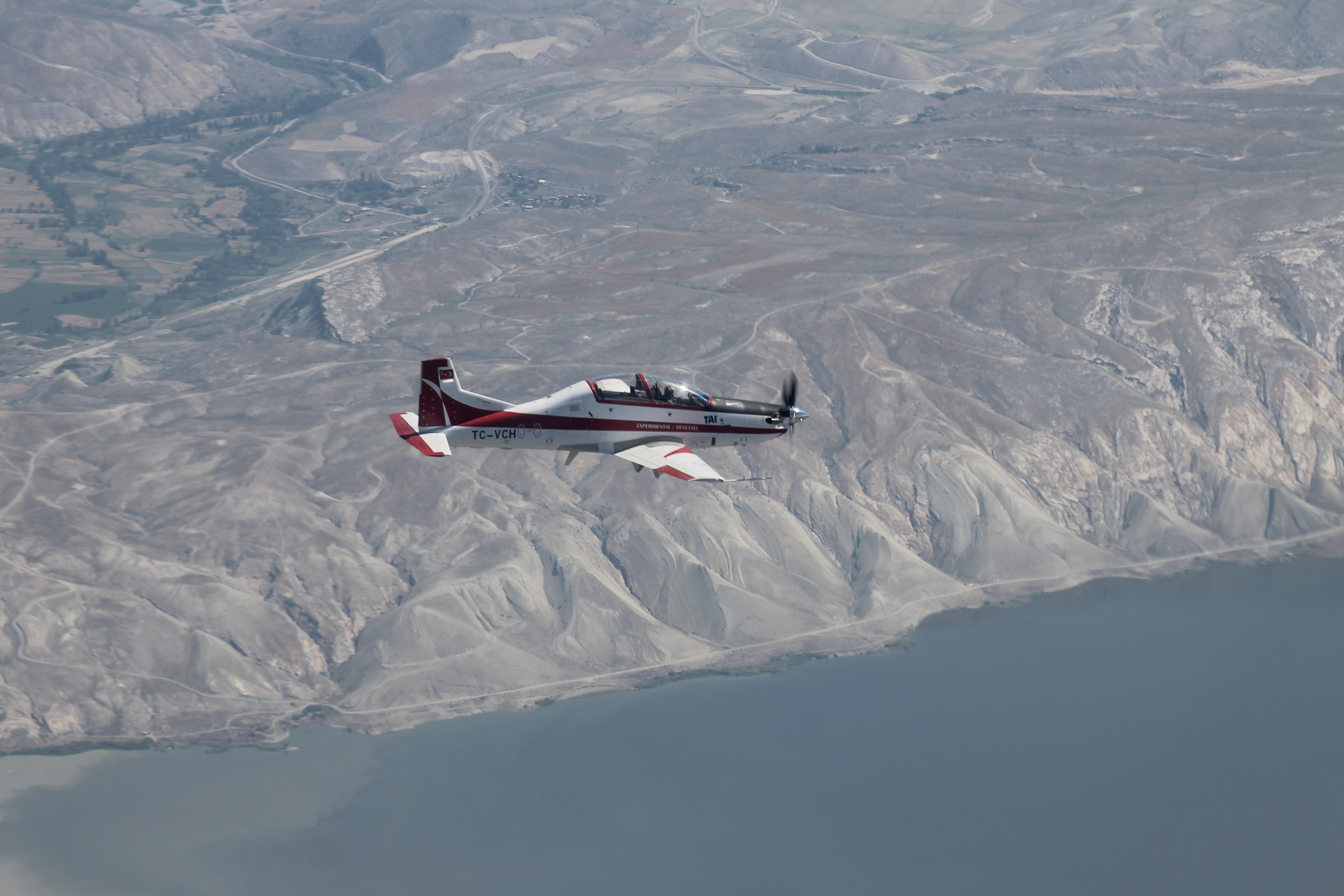 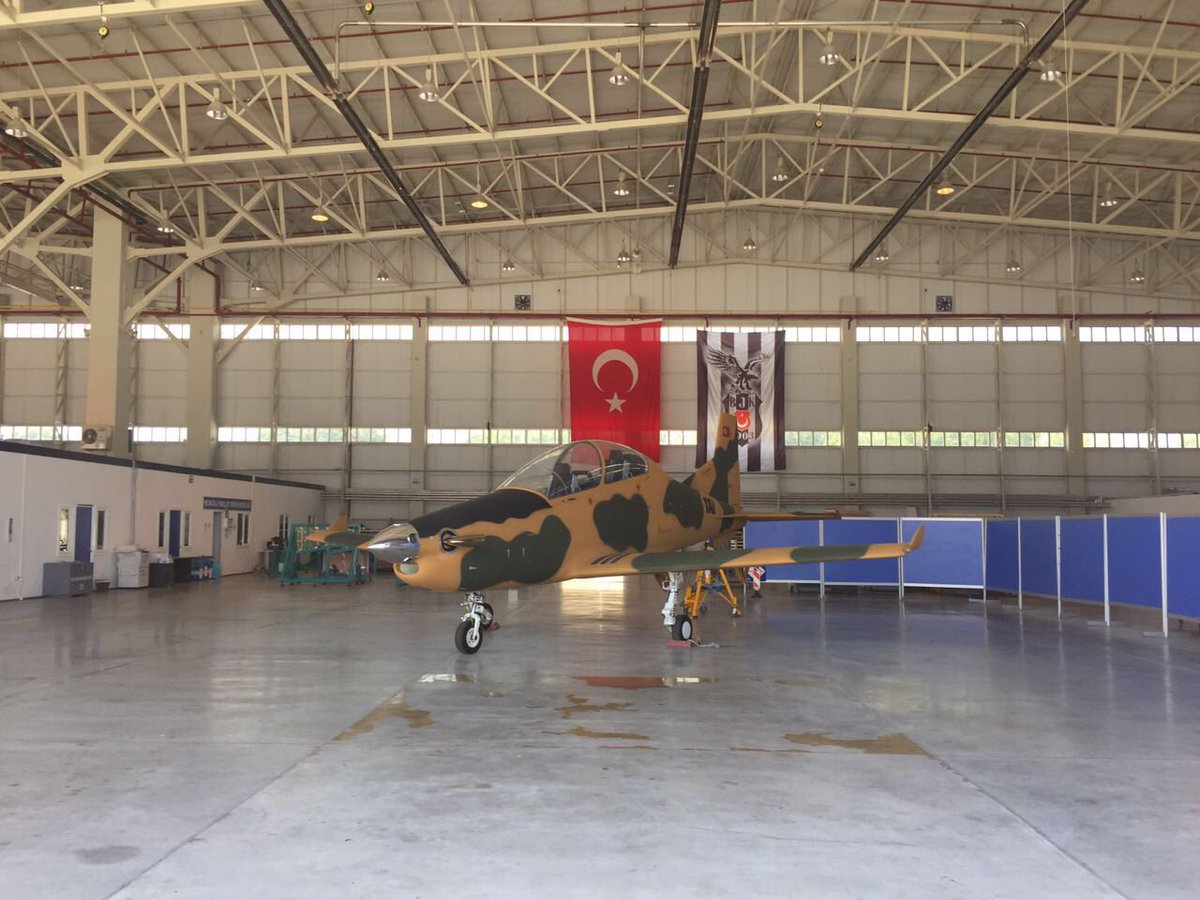 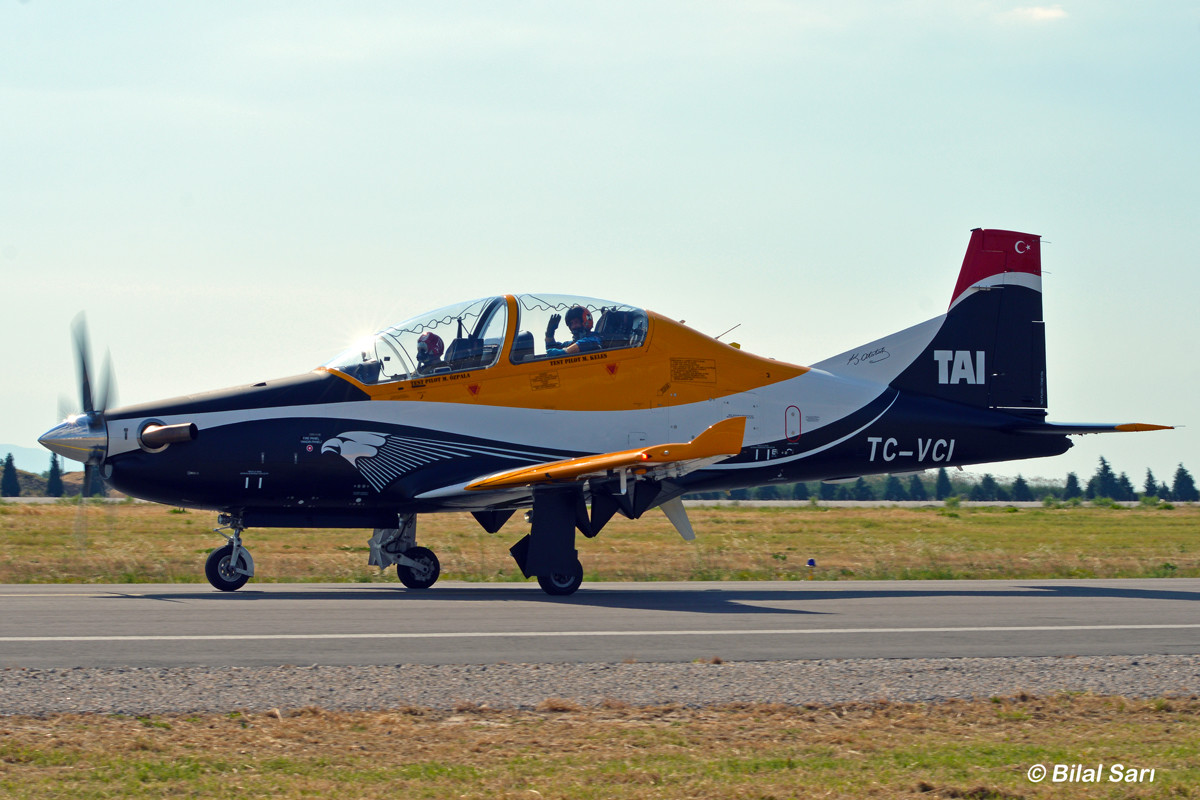 National Defense Minister Fikri Işık has informed the Parliamentary Planning and Budget Committee on Thursday that an additional 30 F-35 Joint Strike Fighter (JSF) jets have been ordered in the scope of counterterrorism operations, amid Turkey's determined efforts against all means of terrorism including the PKK, Daesh, the Gülenist Terror Group (FETÖ) and the Revolutionary People's Liberation Party (DHKP-C).Speaking during budget talks with the Parliamentary Planning and Budget Committee, Minister Işık reaffirmed the government's determination on counterterrorısm operations saying, "The bloody terror organization [referring to the PKK] has suffered more casualties recently than in the past 35 years. Turkey has become one of the leading countries in its fight against terrorism. We will continue our counterterrorism efforts until the end."

In that respect, Minister Işık advised the deputies during the committee's talks that Turkey is part of the international co-development program for the procurement of F-35 JSF jets in which a total of 30 have been ordered. "Six jets have been ordered and the first two will be received by 2018. An additional order for 24 F-35 jets has been agreed upon and eight jets will be received per year for the next three years," Işık added. Furthermore, as part of the ongoing operations against FETÖ members in the military Işık said that over 20,000 military personnel have been dismissed from the Turkish Armed Forces (TSK) so far. While stating that those dismissed include 3,665 army personnel and 16,423 military students, Işık said the probes into 2,885 personnel are continuing.

Touching upon the Mosul operation against Daesh, the Turkish defense minister stressed that, "The political environment which was poisoned by foreign interventions is continuing to be affected by sectarian policies, causing inexplicable suffering and various conflicts with our brotherly nation of Iraq. Iraqi polarization on the basis of ethnicity, religion and sects is the major obstacle ahead of the country's stability." Işık further underlined that the ongoing instability in Iraq - like that in Syria - is increasing the threat caused by terror groups like Daesh and the PKK, thus, leading Turkey to take necessary measures. However, he stressed that the measures Turkey has taken to establish its own national security has been taken in respect to Iraq's territorial integrity, unity and stability.

Pakistan on Tuesday signed a Memorandum of Understanding (MoU) with Turkey for the provision of 52 Super Mushshak training aircrafts.

Defence Production Minister Rana Tanveer Hussain confirmed the deal at the 9th International Defence Exhibition and Seminar in Karachi, adding that all MoUs being signed with states contain a clause that guarantees a transfer of technology will be a part of the deal.

The Super Mushshak is an advanced variant of the Mushshak basic trainer, and is produced at the Pakistan Aeronautical Complex.

The aircraft has a service ceiling of 22,000 feet, and a maximum speed of 268km/h. Range of the aircraft is reported at 814 kilometres.

The aircraft is already in service with Saudi Arabia, Oman, Iran and South Africa. Nigeria bought the aircraft in early 2016 and Qatar bought the trainers in June this year.

Basic flight training is provided on the aircraft for aspiring pilots. 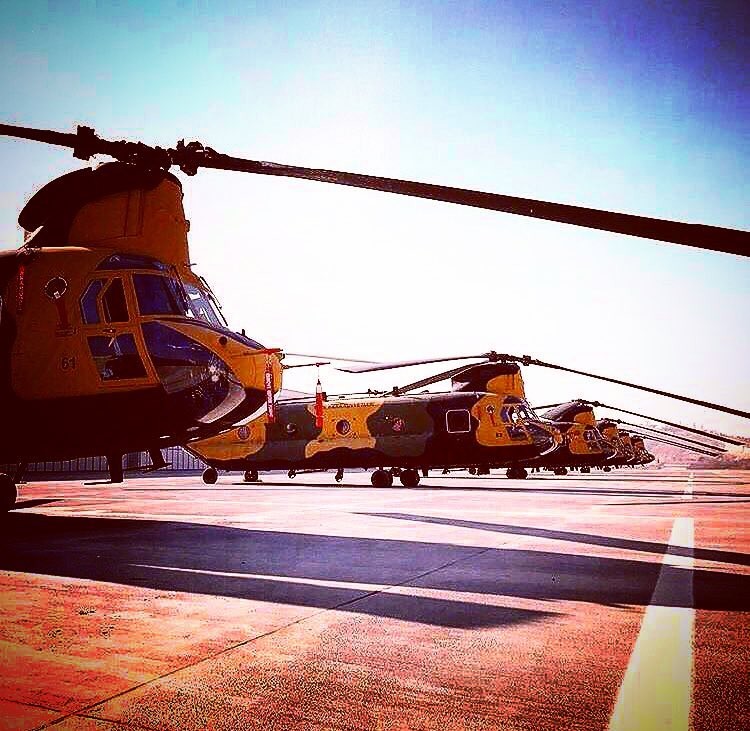 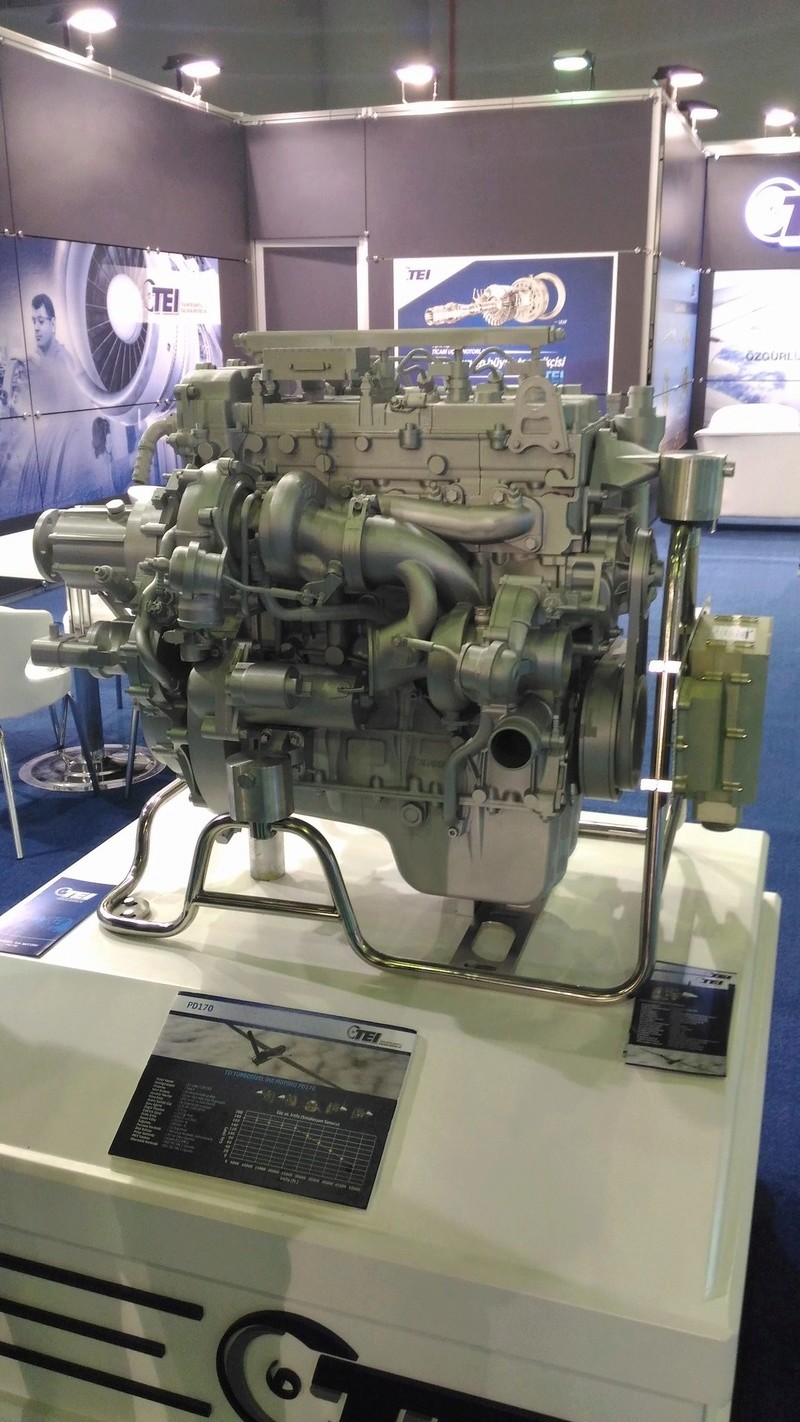 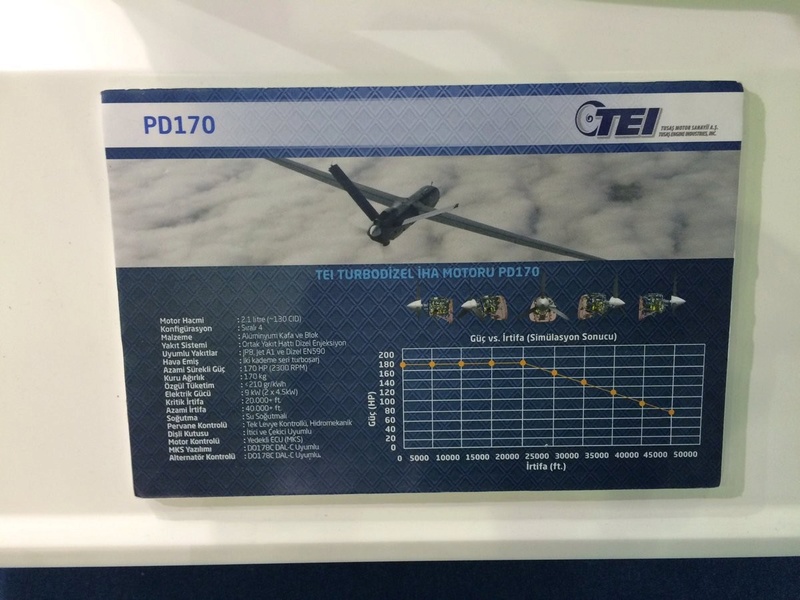 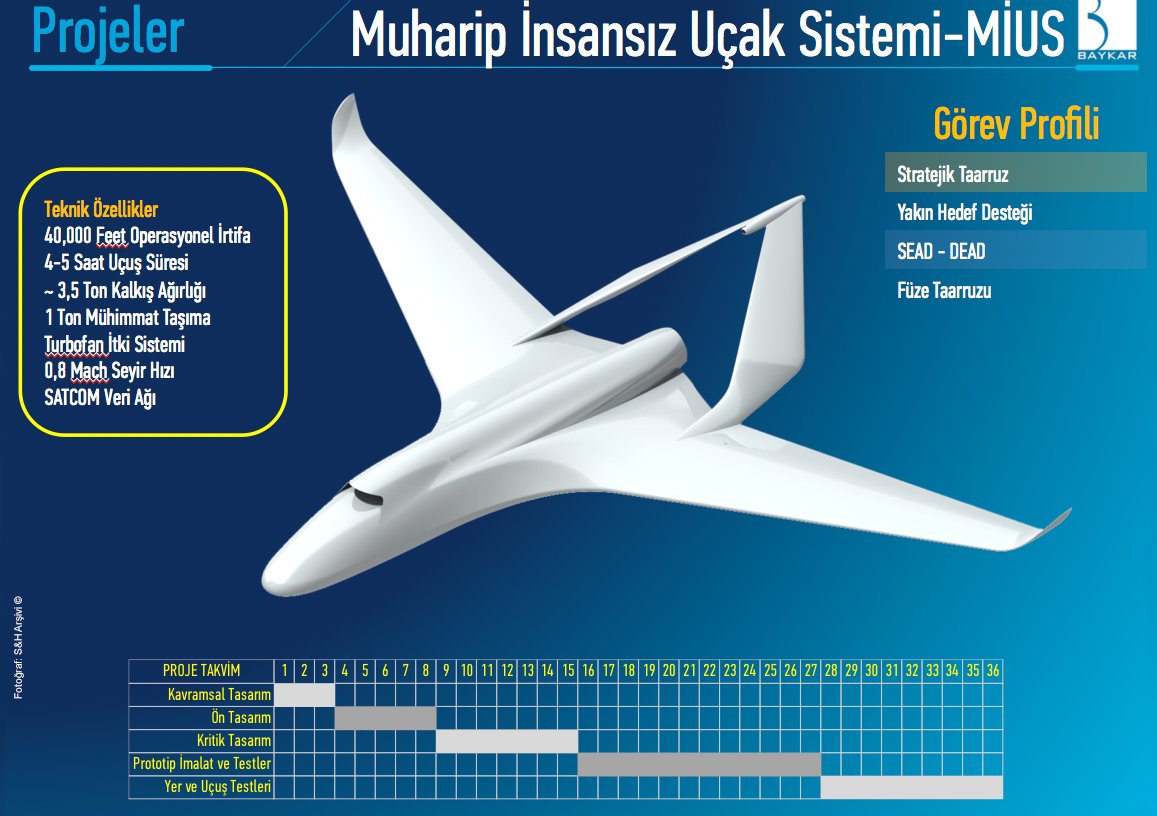 I would also add that russian fighters could be proposed but I don't really see Erdogan going that much in Russia's harms. I don't know if russians would allow that but Mig-35 with turkish stuff could be offered so that it saves the mig-35 program that needs a first export client.


Babak Taghvaee - Μπάπακ Τακβαίε - بابک تقوایی (B)
·
9 sept.
#BREAKING:According to a former #THK F-16 pilot, modernisation of #Turkish Air Force's F-16s with a new AESA radar is stopped because of sanctions on ASELSAN! ASELSAN can't receive #US made parts of the radars.#US has also stopped several companies from selling F-16 parts to #TAI

Babak Taghvaee - Μπάπακ Τακβαίε - بابک تقوایی (B)
·
9 sept.
Unable to get its F-35s, having its F-16s upgraded & start its indigenous 5th Generation fighter jet program, the #Turkey under rule of #Erdogan is going to have an ill-fated Air Power. Their only hope is under license production of JF-17 Block 3 with #Turkish avionic!
The Ottoman

Turkey could buy both MiG-35 and SU-57 to boost their aging fleet untill there is a indigenious fighter.

It would secure Turkey against French Rafales purchased by Greece and it would give Russia oxygen and financial support to finish both projects.
GarryB

The Su-57 is essentially finished, but I would think there would be a few Turkish systems that could be fitted to the MiG-35 and the Su-57 that would make it more useful to Turkey and more attractive to some international customers of either aircraft.

India demands all sorts of foreign stuff to be added to their Russian aircraft, yet does not make the same demands of French or other aircraft they buy... perhaps the Russians are more accommodating.... I would think having to integrate the electronics of what is essentially a competitor into your own systems is a bit of a serious risk because you can be sure they wont accept blame if something goes wrong...
Sponsored content