That is a really long article in Russian. Any chance of a Russian speaker around here doing a little summary?
dino00

That is a really long article in Russian. Any chance of a Russian speaker around here doing a little summary?

I don`t understand a word of Russian...If you can try use a tranlator

Since those tanks have all now taken part in combat vs enemies with modern ATGMs showing the Western tanks to be just as vulnerable as Iraqi T-72s, Abrams actually coming out worst while T-90 has shown itself able to survive hits that others haven't, those articles pretty much stopped.

Couple of interesting bits about T-90: in a comparison test T-90 hit 7 targets 1.5-2.5km range in 54secs while moving at 35km/h beating previous best Leopard2 which was shooting while stopped & couldn't have matched the RoF while moving due to manual loading, Russians estimate in 10 Abrams vs 10 T-90s the T-90s would kill 5 or 6 Abrams with ATGMs before the Abrams could even get into firing range.
GarryB

Copy and paste this link into the address bar of a new open tab on your browser:

Across the top of the page there will be a link saying Tekct, which is for translating separate bits of text (ie paragraphs you want translated), the next link says CANT but the N is back to front and has a ~ over it... that pretty much means site... make sure that is selected and next to it is a dialog box.

Copy and paste the link to the website above into the box and click on the button next to it.

The lower half of the screen has two tabs, the left shows the original site and the right hand one shows the english translation (a small percentage to the right of the translation tab shows it translating... it just does the visible bit at a time so as you scroll down it keeps translating)
Ives

Couple of interesting bits about T-90: in a comparison test T-90 hit 7 targets 1.5-2.5km range in 54secs while moving at 35km/h beating previous best Leopard2 which was shooting while stopped & couldn't have matched the RoF while moving due to manual loading, Russians estimate in 10 Abrams vs 10 T-90s the T-90s would kill 5 or 6 Abrams with ATGMs before the Abrams could even get into firing range.

Yeah, Andrey Tarasenko used to mention something like that on his BTVT website. He wrote like it would require 2-3 Reflex ATGMs to destroy any modern tank from front. I sorta doubt it, since Abrams and Challenger 2 are generally said to have superior front armour than T-90 versions. And that's considering, that T-90 servived TOW-2 without any ptoblem in Syria...
GarryB

Even if a reflex does not destroy a western tank it could do serious damage to the optics or hull front... Abrams tanks can be destroyed from the side by Konkurs... at 5km+ range would the western tanks know the direction of the attack or would they be operating with turrets covering all attack directions?

If you have your turret facing sideways or backwards then a hit from the front will either hit the hull front armour or the side or rear of the turret armour....

With all 10 Russian vehicles carrying missiles all ten could fire on the enemy tanks at once, and the speed western tanks can move at suggests perhaps two shots before they started firing back...

Currently the makers of the Kornet are suggesting a top attack capability by directing the missile up and commanding a dive at the last second to effect an attack on the upper armour of the target... the Kornet is a laser beam riding missile... just like the tank gun launched missiles Russia uses... it would be a software issue... a diving top attack gun launched missile would be devastating to all western tanks whose top armour is just as weak as Soviet and Russian top armour...
George1

TEL AVIV, June 5. /TASS/. Israel’s latest Trophy active protection system supplied for the armor of the Israeli and US armies is poorly suited for fighting modern Russian anti-tank weapons, a source in the Israeli defense industry told TASS at the 10th ISDEF 2019 international arms show in Tel Aviv on Wednesday.

The Trophy system proved its high effectiveness in repelling single launches of anti-tank missiles and rocket grenades, including launches from different directions. However, the active protection system still can’t sustain fighting two or three anti-tank munitions launched at a minimum interval. This technology is used in Russia’s latest systems, for example, the upgraded Kornet system and single-use grenade launchers," the source said.

Specifically, these are the Russian-made Kornet-EM self-propelled anti-tank system and the RPG-30 single-use grenade launcher. The Kornet-EM is capable of firing two missiles in one beam with a minimum interval while the RPG-30 is furnished with a decoy rocket fired immediately before launching the main rocket. The Trophy active protection system still needs to work on effectively fighting anti-tank weapons based on this principle, the source noted.

The Trophy active protection system is operational in the Israeli and US armies. According to the data of the Israeli defense technology company Rafael, the system has logged 500,000 hours of its continuous operation on various types of armor. This past March, a new contract to the tune of $79.6 million for the delivery of Trophy active protection systems for US M1A2 Abrams tanks was signed.

Russians have definitly the advantage 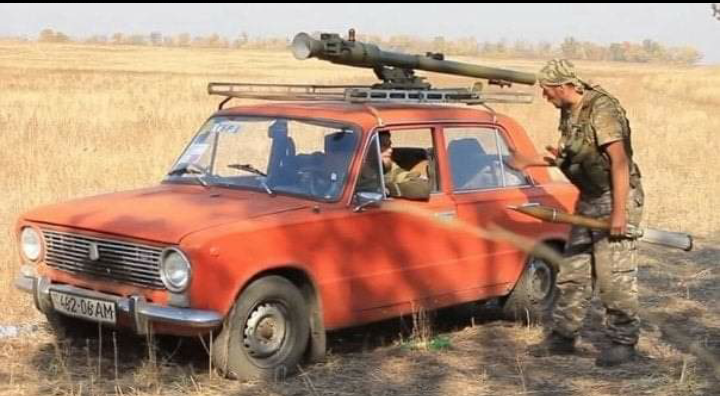