Having said that, the 1,000km range super guns are delusional but the 100-200km range guns suggest the ability to hit targets for a fraction of the price of a missile... which is clearly a good thing on land or at sea.

If you replaced that 1,000 mile range gun with a rail launching assembly that accelerated bullet shaped projectiles to say 3-4km/s at an angle of 40-60 degrees, with a rocket booster to counter drag on the way up through the atmosphere so it left the atmosphere at about that speed then delivering that round to very long range targets would become rather interesting.

Remember all that talk about replacing current ICBM warheads with long narrow DU rods that come down at enormous speeds to hit precise targets.... the so called rods of god where precision together with pure kinetic energy made them useful.... that would apply here too.

Moving the whole thing to the moon where there is no atmosphere to slow it down you could relax the angle to maybe 20-30 degrees and make it half a kilometre long and launch payloads back to earth orbit super cheap just using electricity... save the water on the moon for air recycling etc....
The-thing-next-door

GarryB wrote:
Remember all that talk about replacing current ICBM warheads with long narrow DU rods that come down at enormous speeds to hit precise targets.... the so called rods of god where precision together with pure kinetic energy made them useful.... that would apply here too.
.

Well the problems with that would be getting all of thoes big heavy DU rods into space and then trying to somehow alter thier course during reentry, changing the course of heavy, fast moving objects is not easy.
George1

US Army Operations Test Command has begun military testing of the upgraded M2A4 Bradley infantry fighting vehicle. Tests are taking place at the location of the 3rd Cavalry Regiment of the 1st Cavalry Division of the US Army at the Fort Hood military base in Texas.

The A4 modification for Bradley combat vehicles involves the installation of a new 8-cylinder Cummins VTA903E-T675 675 horsepower diesel engine, a new HMPT-800-3ECB hydraulic transmission, which will allow the M2A4 Bradley to install the Iron Fist Light Decoupled (IFLD) active protection system for armored vehicles developed Israeli company Elbit Systems. The upgraded BMP also received lightweight tracks, new shock absorbers and suspension, and stiffer torsion bars. This increased the ground clearance from 380 to 510 millimeters, which increased not only the mobility, but also the protection of the vehicle from anti-tank mines. The vehicle is built into the networked command and control structures, equipped with a satellite communications and navigation system, and equipped with third-generation thermal imaging sights.

The crew of the infantry fighting vehicle consists of 3 people, and the airborne compartment has space for 7 infantrymen. Armament is represented by a 25 mm M242 automatic cannon, 2 TOW ATGMs, and a 7.62 mm M240C machine gun.

The BMP is equipped with a set of reactive armor BRAT II (Bradley Reactive Armor Tiles). 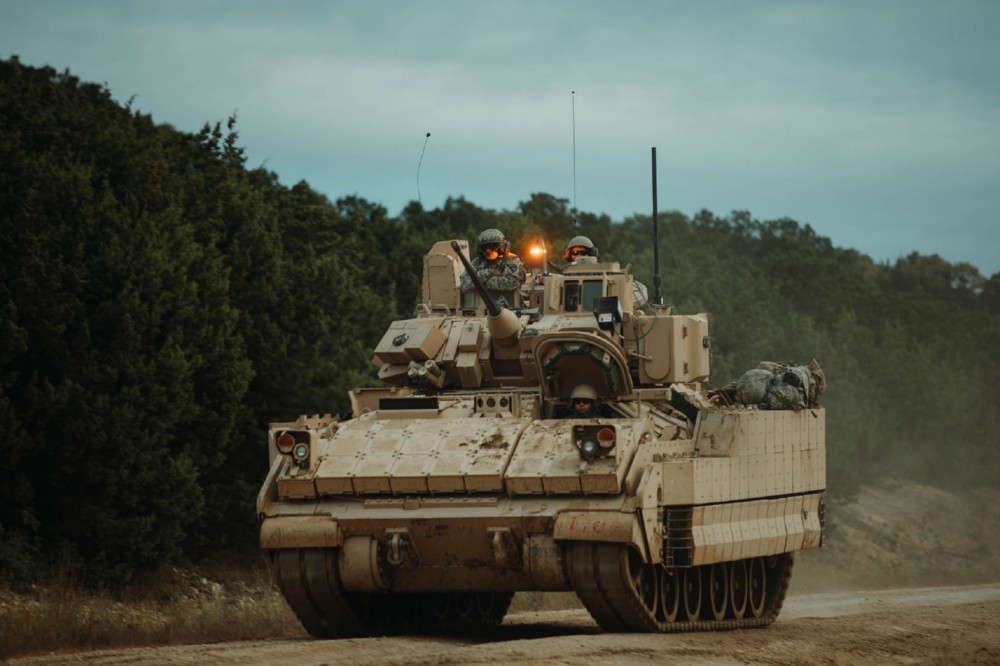 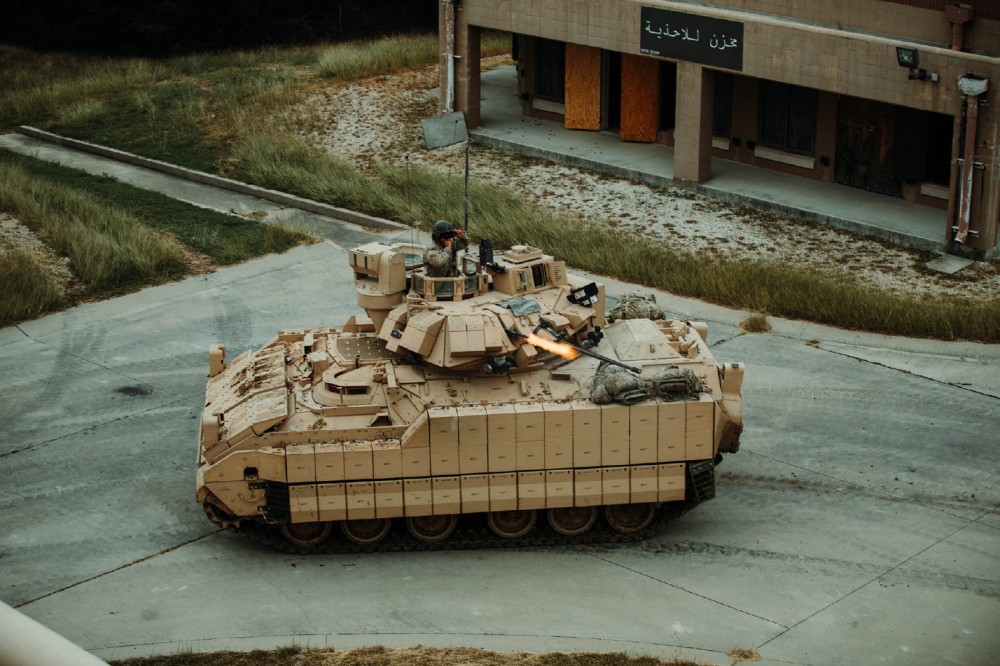 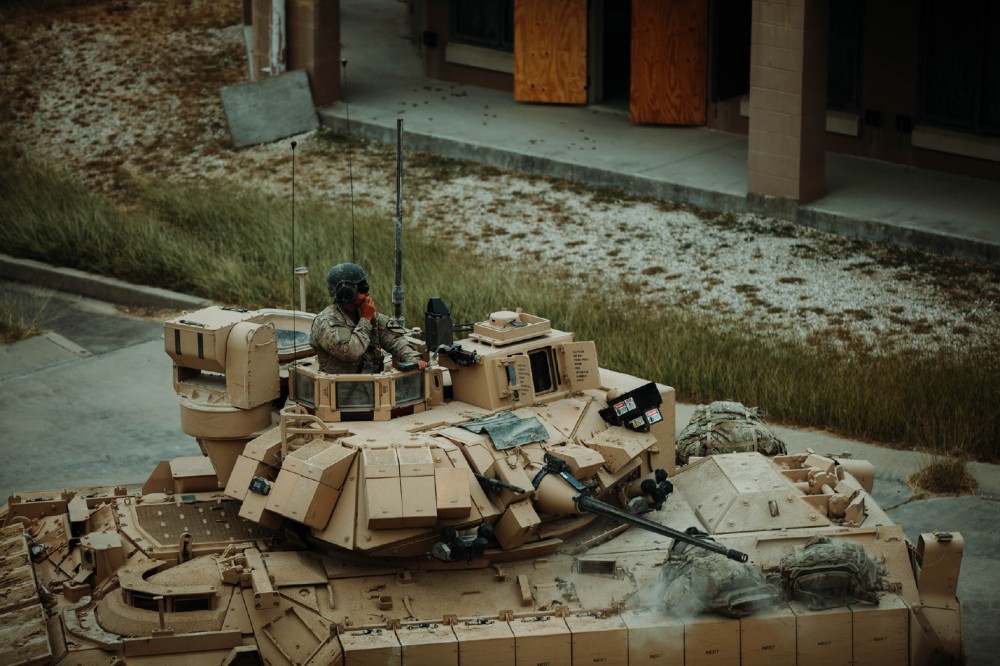 Dang, this thing probly weights around 35-tons at this point, and it still cant swim if i recall.
Well something is better than nothing, i guess.
Hole

For 30 years they claimed reactive armor is the most evil thing ever invented.

I don't why but I love its design

It was a copy of the BMP-2 and they are still using it...

The early prototypes of the Bradley had the same single person turret of the BMP and the driver and commander in the hull up in front of the turret beside the engine the same as the BMP, and then the BMP-2 came out with a two man turret and the Americans changed to match that...

Does it still have a 25mm cannon?
magnumcromagnon

US attempt to make Armata analogs, and I bet there still won't be autoloaders or GLATGM. 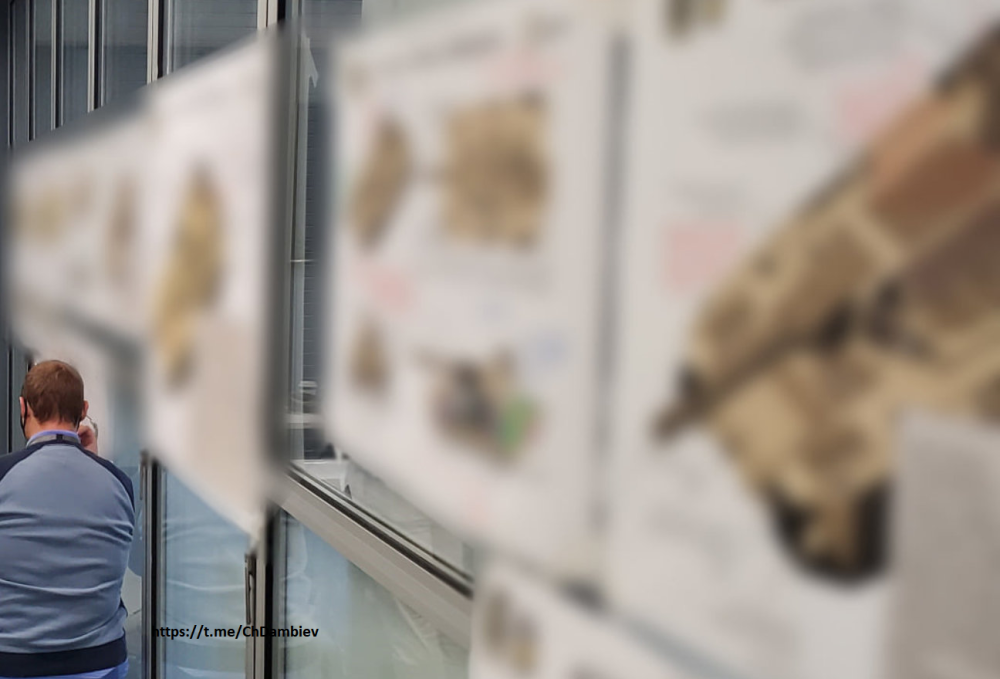 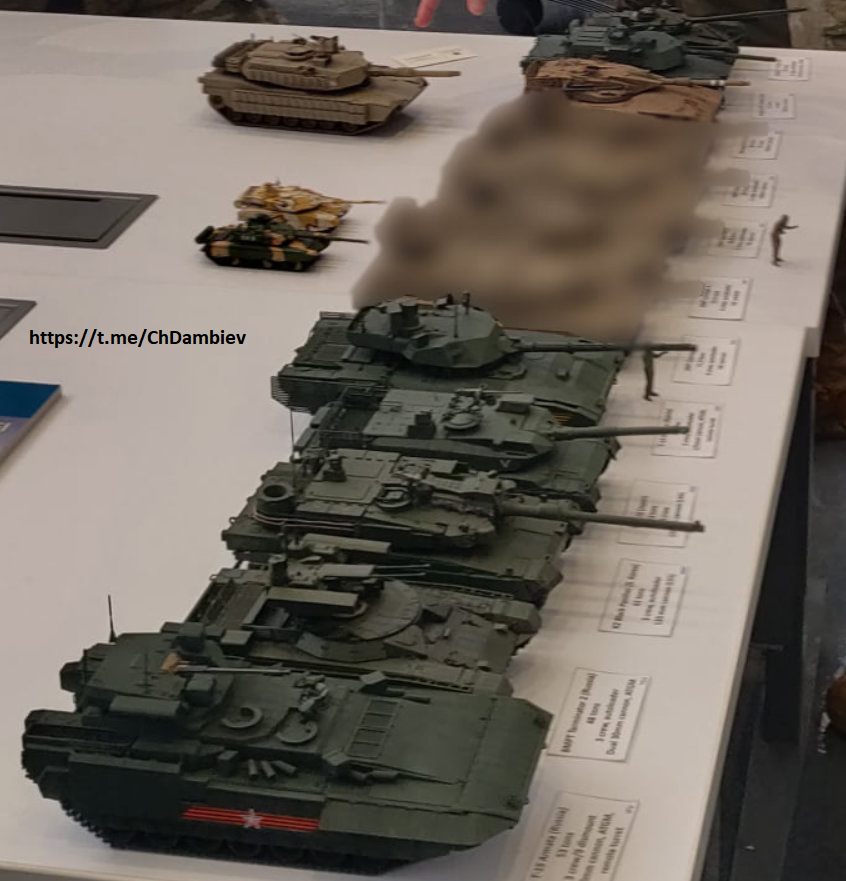 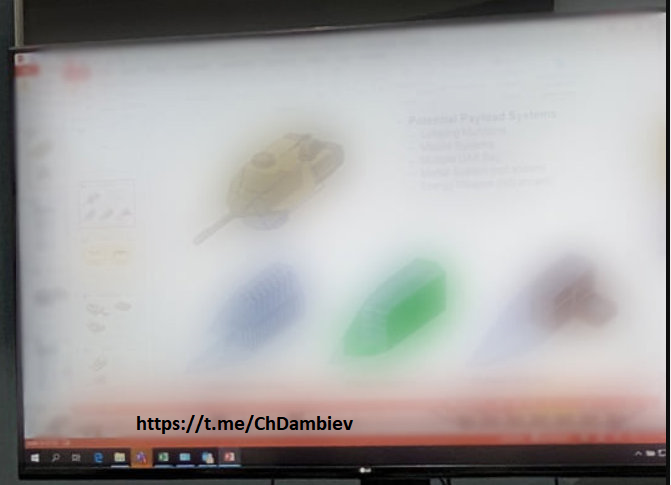 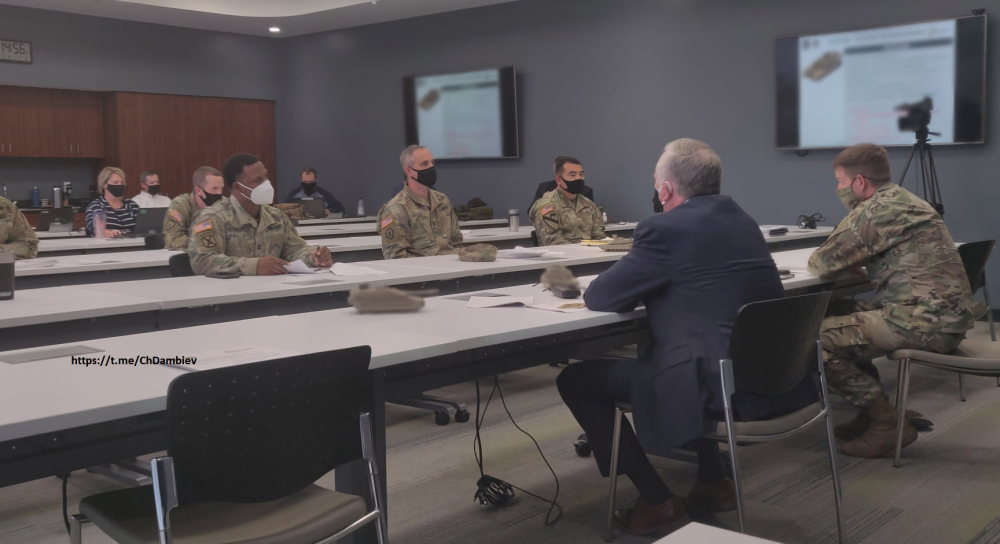 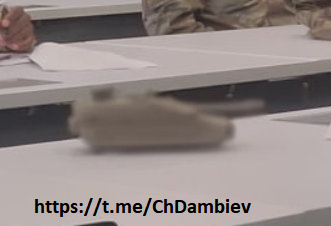 The US Army has moved to adapt another missile from the US Navy’s arsenal for use as a ground-launched weapon: the RIM-174 Standard Extended Range Active Missile (ERAM), better known as the Standard Missile 6 (SM-6).

On November 6, the Army announced it had awarded Lockheed Martin a $339 million contract to adapt the SM-6 as a ground-launched weapon.

According to the news release, the missile will fill a mid-range capability (MRC) role between that of the Precision Strike Missile (PrSM) and the Long-Range Hypersonic Weapon (LRHW), and will hopefully be fielded by the end of fiscal year 2023. Both of those weapons are currently in development.

Rare footage of tests of the newest American 50-mm automatic cannon XM913 Enhanced Bushmaster III from Nortrop Grumman. The gun is intended for a promising infantry fighting vehicle under the US Army Next-Generation Combat Vehicle (NGCV) program. It is reported that the US military will purchase 17 XM913 units for military trials by the end of 2021.

PMSmissile is nothing more than a greater ranged standard ATACMs ballistic missile, they must of swapped out the PAC-3 models with S-400's by accident, because the FudgePACer-3 is the system that struggles with standard short range ballistic missiles lol!

Everything in NATzO is always super precision and high tech. In other words, masturbatory delusion. Where are these
super smart and super knowledgeable engineers and researchers educated? In China? Western elites are trying to have
their cake and eat it too by dumbing down the western education systems. Participation trophy retards are challenged
enough trying to wipe their own asses so are not a real basis for any high tech and even developed economy.

kvs wrote:Everything in NATzO is always super precision and high tech.   In other words, masturbatory delusion.   Where are these
super smart and super knowledgeable engineers and researchers educated?  In China?  Western elites are trying to have
their cake and eat it too by dumbing down the western education systems.   Participation trophy retards are challenged
enough trying to wipe their own asses so are not a real basis for any high tech and even developed economy.

The real thing to note is Lockheed Fartin is willing to brazenly lie like this. It makes you wonder if their WunderWaffle's F-22/F-35 have the vaunted .00000000001m RCS like they claim...I think we all know the answer lol!

magnumcromagnon wrote:
The real thing to note is Lockheed Fartin is willing to brazenly lie like this. It makes you wonder if their WunderWaffle's F-22/F-35 have the vaunted .00000000001m RCS like they claim...I think we all know the answer lol!

True that. The claimed (no joke here) RCS of the F-22 is 0.0001 sqm, that is the return of a reflective sphere (no even a flat perpendicular surface that would reflect all the radiation back towards the emitter) whose cross sectional area is 0.0001 sqm. That is a sphere with a radius of less than 6 mm (!!!)... and we should believe that, right?

On December 18, 2020, the US Department of Defense issued a large contract to General Dynamics Corporation in the amount of $ 4.62 billion for the serial modernization of the M1A1 Abrams tanks from the storage of the US Army to the level of Abrams M1A2 SEP v.3 (M1A2C). The contract is valid until June 17, 2028. The number of tanks upgraded under the contract has not been reported. Shooting of modernized tanks M1A2 SEP v. 3 Abrams (М1А2С) from the first received 3rd armored brigade "Greywolf" 1st Cavalry Division of the US Army (1st Battalion " Charger " 12th Cavalry Regiment), December 2020 (c) US Army

Earlier, the US Department of Defense also awarded Honeywell a $ 1.105 billion contract for the production and technical support of AGT1500 gas turbine tank engines for the US Army's M1 Abrams tanks. The contract is valid until September 30, 2025. Quantitative parameters are not reported.

As a reminder, the M1A2C (M1A2 SEPv3) is currently the latest US Army Abrams tank upgrade program underway. The first six pre-production modernized tanks of this modification were delivered to the American army in October 2017. As part of the budget for the 2017 financial year, 45 serial upgraded M1A2C (M1A2 SEPv3) tanks were ordered in the amount of $ 270 million, the delivery of which was to be made from July 2018 to August 2019. In December 2017, the US Army issued to General Dynamics Land Systems (GDLS) of General Dynamics Corporation a framework contract for the modernization of 435 M1A1 Abrams tanks over several years into the M1A2C variant (M1A2 SEPv3), under which in July 2018 GDLS received a firm contract for modernization of the first 100 tanks under this program, and in January 2019 - a solida contract for the modernization of another 174 tanks, with the production of work by 2021, and by now, apparently, the remaining 161 tanks have also been contracted. Thus, before the conclusion of the last contract on December 18, along with pre-production samples, the US Army contracted 486 modernized M1A2C tanks.

Total plannedre-equip ten of the 11 armored brigades of the US regular army scheduled for maintenance with modernized M1A2 SEP v.3 tanks in the period from 2021 to 2031 fiscal years (one brigade set of 87 tanks per year), and, apparently, a new contract was signed to implement these plans. The M1A2 SEPv2 tanks released as a result of this rearmament are planned to be transferred from the regular army in 2023-2026 to re-equip five armored brigades of the National Guard.

Work on the modernization of tanks to the level of M1A2 SEP v. 3 is carried out at the Joint Systems Manufacturing Center (JSMC), the only operating tank plant in the United States located in Lima (Ohio), owned by the American government, but since 1996 controlled by General Dynamics, as well as at GDLS facilities in Scranton, PA and Tallahassee, Florida.

The first combat unit of the US Army, which began to receive serially upgraded M1A2 SEP v.3 (M1A2C) tanks, was at the beginning of 2020, the 3rd Greywolf Armored Brigade of the 1st Cavalry Division.