They have about 60 pieces of it to produce, so you have a lot of time to worry

When guys have so much to do, I don't worry about them anymore

I wonder what they will build there when these LNG platforms are finished?

They are actually ships, not platforms (ships which do not sail, they will be towed to site and grounded there). I guess they will build ships.

Those structures are made of concrete.
That is the biggest issue here.
This yard is being specialized in that.
Half of the facility itself is a cement plant and concrete mixing line.
So in theory, they can build classic ships there, but that would require increasing of the steel cutting&processing lines.
So building another 30% of shipyard side by side

I wonder what they will build there when these LNG platforms are finished?

They are actually ships, not platforms (ships which do not sail, they will be towed to site and grounded there). I guess they will build ships.

Indeed. No reason why this shipyard can't be used for large ship manufacturing.

I suspect that it will be a dual use shipyard since the number of concrete floating platforms that the market demands is very
small. It would be silly to lay off the workforce and idle the yard for years.

Anyone want to shoot themselves in the foot? 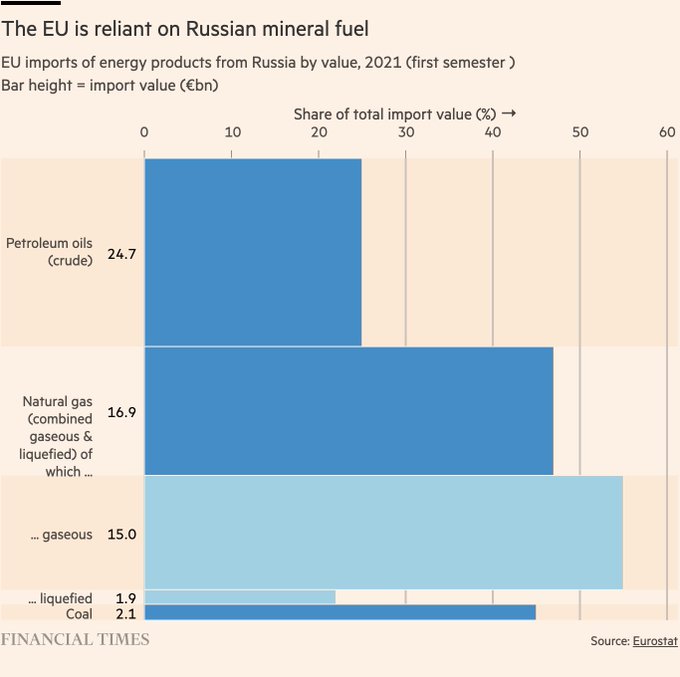 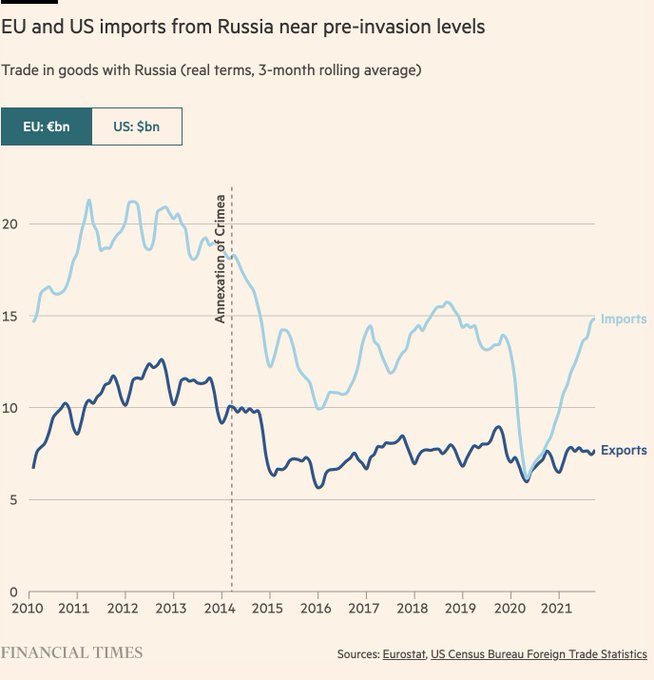 Crimea was not invaded. Neither was the Donbass. F*cking western liars.

These platforms are only for the Yamal Peninsula, if I´m not wrong. There will be more projects on Taimyr and elsewhere.

Hole wrote:These platforms are only for the Yamal Peninsula, if I´m not wrong. There will be more projects on Taimyr and elsewhere.

Not only experimented, but made hell out of them.
And you too.
One ship made of concrete is sticking out of a bottom about 5km in my eyesight.

And how it was constructed, is another interesting thing :

Moldovagaz to transfer $8.5 mln to Gazprom on Thursday to repay debt — Deputy PM

Hole wrote:These platforms are only for the Yamal Peninsula, if I´m not wrong. There will be more projects on Taimyr and elsewhere.

Not only experimented, but made hell out of them.
And you too.
One ship made of concrete is sticking out of a bottom about 5km in my eyesight.

And how it was constructed, is another interesting thing :

What an eyesore that would be!

Beggars can't be choosers.
Those were made because der Reich lacked steel for regular ship construction.
Every time, concrete is used to make things less expensive, faster, and gallantry is the last thing to consider

Those were doing the job. Just a barge to carry things from A to B by the river, Stettin-Breslau route.
Kiko

Such data are given based on the results of geological exploration by industrial categories (AB1+C1). 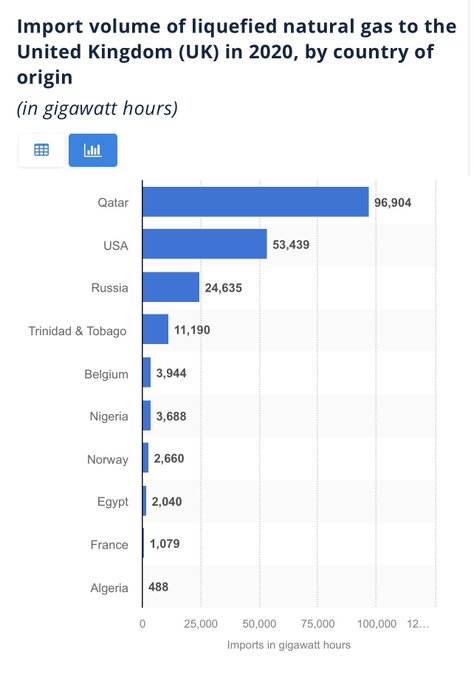 Which just shows they will sell to anyone... 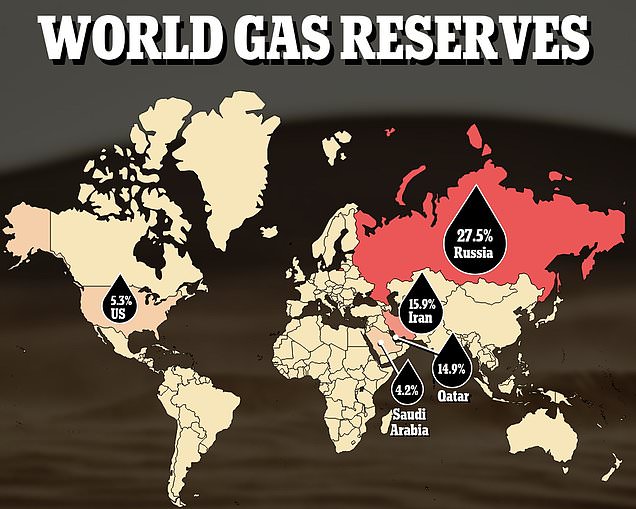 Also one of the largest gas fields in Iran will be developed by Russia.

Hot air map would show the vast majority is in Washington and London and Brussels...

GarryB wrote:Hot air map would show the vast majority is in Washington and London and Brussels...

Russia in anticipation of super profits

The Russian export brand of oil Urals has become more expensive than $92 per barrel for the first time since the fall of 2014. It even outperformed the benchmark Brent oil, which is unusual. Moreover, the ruble price of oil for the first time reached 7,000 rubles, which has never happened before. This unique combination of expensive oil and a weak ruble is extremely beneficial for Russia, but it is dangerous for the US economy.

According to the results of trading on Wednesday, the cost of Russian export oil Urals continued to grow following Brent, in the Mediterranean it reached $92.38 per barrel, and in North-Western Europe - $91.25, both values ​​were the highest since October 1, 2014, said RIA Novosti Diana Mukhametzyanova, head of the oil export department of the international pricing agency Argus.

Unusually, the Russian oil benchmark has become more expensive than the Brent benchmark, although the situation is usually just the opposite. Brent on Wednesday evening began to cost above $90 per barrel for the first time since October 13, 2014, but on Thursday the quotes fell, although the price of the brand still exceeds $88.

Another unusual factor is the coincidence of the ruble weakened due to geopolitics and expensive oil. “Oil is at its eight-year high, the ruble is at its two-year low. As a result, a barrel of Brent costs 7 thousand rubles - this has never happened before. This should make the Ministry of Finance incredibly happy, as budget windfalls are increasing along with rising oil and falling ruble,” says EXANTE analyst Vladimir Ananiev.

Why has the ruble weakened? The reason is the intensity of the geopolitical confrontation between the West and Russia and the threat of an escalation of the military conflict in the Donbass.

What is driving oil higher and higher? Geopolitics, of course, also has an impact on oil. These are the increased risks of an escalation of tension on the Russian-Ukrainian border, which threatens the supply of not only Russian gas, but also Russian oil. Adding to the nervousness is the turbulent situation in Middle Asia: in January, Yemeni rebels attacked an oil depot in the United Arab Emirates, launching several drones and missiles.

An important role in the growth of oil is played by fundamental factors, that is, the ratio of supply and demand. High demand (fear over the new strain of the virus quickly subsided) is coupled with supply concerns. There is still a shortage of oil in the market, for which the Wall Street Journal blames the OPEC+ organization led by Russia. Because the cartel promised to increase oil production, but does not fulfill these public obligations, which contributes to the rapid growth of world oil markets. In December, OPEC+ members only increased production by 250,000 barrels per day, or 60% of what they promised to provide in a month.

Western banks are betting that oil will continue to rise. Thus, Morgan Stanley and Goldman Sachs believe that Brent will reach $100 by the third quarter.

Bank of America reaffirmed this week its Brent oil price forecast at $120 a barrel by mid-2022. But eventually the barrel will return to the $80 average after peaking in mid-2022, they say.

JPMorgan believes that oil could soar to $150 in the event of a war between Russia and Ukraine and a reduction in oil supply. This is twice the average price of black gold in the fourth quarter of 2021. Such a story is very dangerous for the United States, since rising oil prices have historically been a frequent cause of recessions in the United States,

write JPMorgan economists Joseph Lupton and Bruce Kasman. The last time prices soared to $150 per barrel was in 2008, the mechanism of the global financial crisis was set in motion. This time, according to the bank's experts, oil prices may rise sharply due to geopolitical tensions. It is important that in such a scenario, the rise in black gold quotes will be superimposed on the already high inflation and slowdown in the global economy due to a new wave of the pandemic.

However, the expectations of Citigroup analysts differ from the estimates of large investment banks. They believe that a price increase to $100 is possible, but it will be fleeting, and they expect oil prices to fall by more than 27% from current levels to an average level of $65 per barrel by the fourth quarter of 2022.

“Geopolitics creates risks of interruption of supplies either from the Middle East, or from Kazakhstan or Russia, which pushes quotes up. In the near future, some rollback of oil is likely, but in general the uptrend is strong, and during the year it is possible for oil to consolidate near current levels,” Ananyev said.

The peak of oil prices can be reached now, at the beginning of the year, and then the price will get stuck in the sidewall of $70-90 per barrel, Alexander Kuptsikevich, a leading analyst at FxPro, believes. Because the risks of Russia's ban on selling its energy resources to Europe have decreased, and the dollar is strongly strengthening in the international market due to the tightening of the Fed's policy. In his opinion, approximately this range would be optimal both for oil producers (expensive enough to make a lot of profit) and for consumers (oil in flat will not create additional inflationary pressure).

The exchange rate of the ruble is weakening. The main factor that influences this now is geopolitics. “The worst-case scenario for the ruble is a full-fledged military operation in Ukraine and harsh Western sanctions. Here events become unpredictable, one can only draw analogies with the period of 2014-2016, when the ruble depreciated by tens of percent,” says Ananiev. If there is no war, this will not mean a sharp strengthening of the ruble.

“Forecasts about the ruble exchange rate of 65 per dollar cannot be taken seriously. The real world is more complex than purely economic models. Geopolitics is not going anywhere. There may not be a war, but tension will be with us forever,” explains Ananiev.

“I am more inclined to see a reduction in the “geopolitical premium” in the ruble. However, currencies are a multifactorial model, and the ruble is also affected by the difference in the monetary policy of the Fed and the Central Bank, as well as the dynamics of export earnings. In addition, it is unrealistic in terms of geopolitics to expect full agreement and withdrawal of this premium from the ruble. Therefore, for the Russian currency, an ambitious but realistic goal looks like a dollar exchange rate of 74 rubles by the end of the first quarter, ”concludes

Completly distorted exchange rates. Looking at the economic and financial power of Russia it should be 1:20 at best (for the west). But then western politicians couldn´t tell their "beloved voters" that Russia has a GDP like Germany or even Spain. 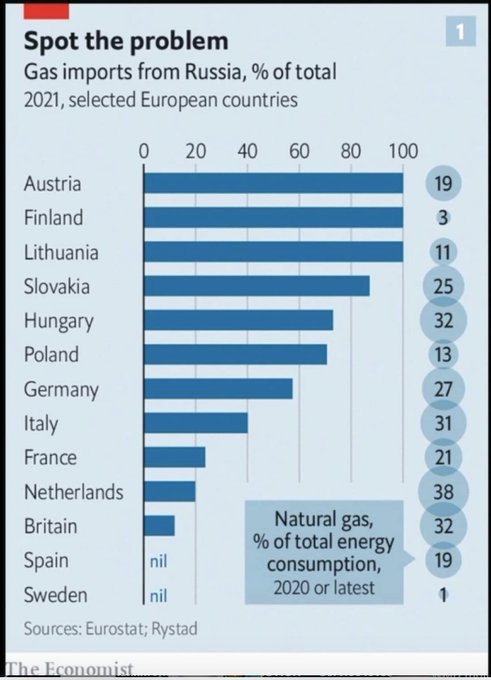 Everything will depend on the commercial side of the issue, Zamir Kabulov pointed out.

"Such perspective appears politically attractive. The matters of supporting security for this project earlier considered to be the most challenging have lost their acuteness at this stage," the Russian diplomat said.

Russian economic entities will nevertheless have the last word on participation in the gas pipeline project, Kabulov noted. "Everything will depend on the commercial side of the issue, on profitability of their participation in implementation of this project," the special envoy added.

Construction of TAPI kicked off in December 2015 in Turkmenistan. The pipeline will have the length of 1,814 km and the capacity of 30 bln cubic meters of natural gas per year.