COLOGNE, Germany — The French and German defense chiefs announced a contract award to Airbus and Dassault Aviation on Wednesday to narrow down the two governments’ vision of a common, sixth-generation aircraft.

The announcement moves the ambitious Future Combat Air System project further along, authorizing the contractor duo to come up with more concrete concepts for the future weapon’s main elements. Those include the manned aircraft at the center of the project, unmanned drones swarming around it and the data infrastructure tying all elements together.

The two-year deal is worth €65 million (U.S. $74 million) and is meant to lay the groundwork for demonstrator programs to be launched at the Paris Air Show in June, according to a joint Airbus-Dassault statement.

“FCAS is one of the most ambitious European defense programs of the century,” Airbus Defence and Space chief Dirk Hoke said in a statement. “With today’s contract signature, we are finally setting this high-technology program fully in motion.”

Dassault head Eric Trappier touted his company’s chops as "systems architect and integrator” in the statement — a likely reference to the prized job of overseeing how all components work together. “This new step is the cornerstone to ensure tomorrow’s European strategic autonomy,” he said.

The FCAS program is meant to replace France's Rafale and Germany's Eurofighter aircraft sometime around 2040. Officials have termed the envisioned aircraft a sixth-generation weapon. With it comes the ambition for the European industry to skip an aircraft generation, having never built a plane on par with the F-35.

For the moment, the program is riding on the wave of enthusiasm for the Franco-German defense relationship envisioned by French President Emmanuel Macron and German Chancellor Angela Merkel. At the same time, cultural differences are beginning to bubble up that register anywhere between one country’s boisterous assertiveness in global defense policy and the other’s propensity for calculated hedging.

For example, French industry executives have complained that defense cooperation with Germany could hurt their chances of exporting the joint products to countries that Berlin considers rogue nations because of human rights abuses.

Meanwhile, the French and German defense secretaries, Florence Parly and Ursula von der Leyen respectively, also announced Wednesday that a team of Franco-German engine makers, made up of Safran and MTU, would spearhead development of the future aircraft’s propulsion system. The two governments expect to sign a contract for an engine demonstrator in mid-2019, according to a statement from the French Armed Forces Ministry.

Parly and von der Leyen inaugurated a new Safran plan in Paris Wednesday where engineers will develop a new generation of turbine blades. The company received a €115 million study contract toward that end. 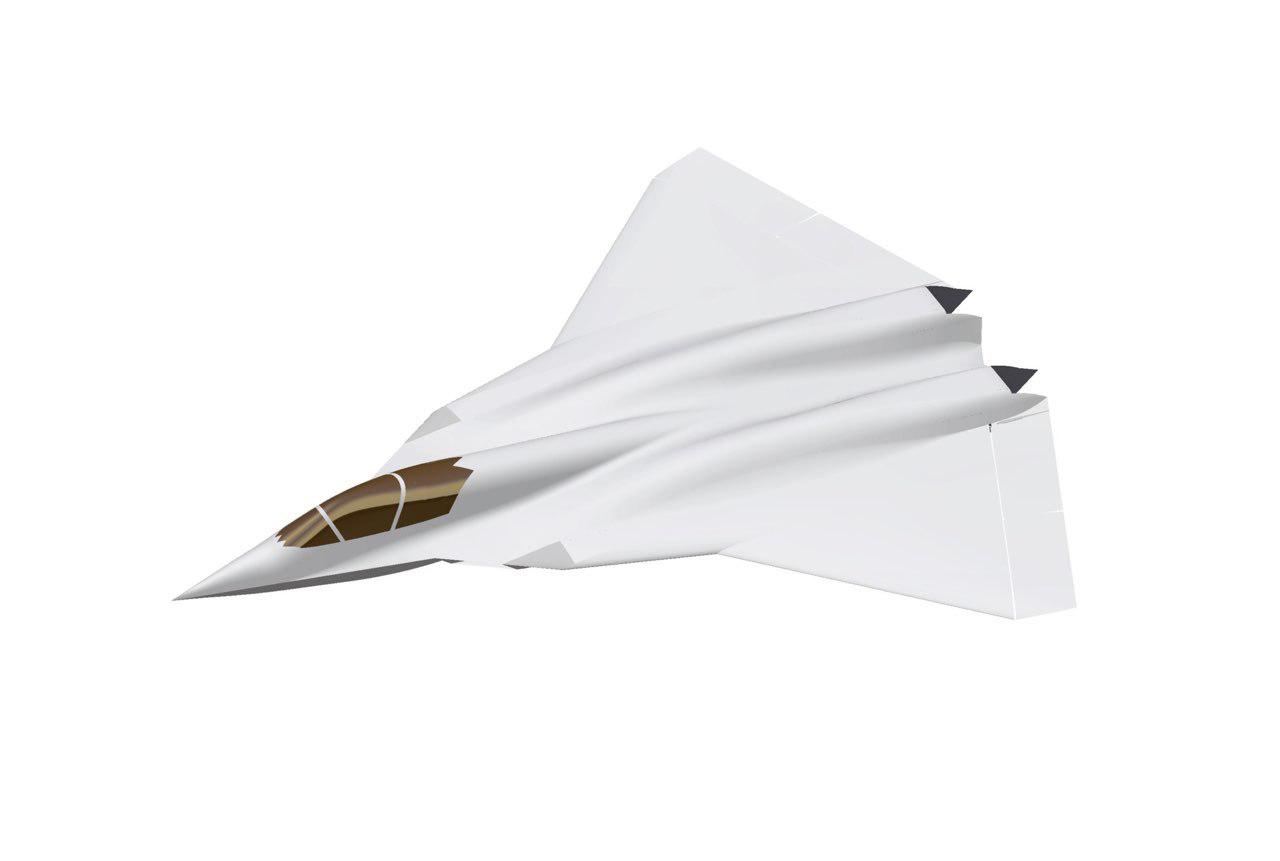 Wow... someone stole a Tejas but the tail fell off... and their engines are not powerful enough so they are going to fit two engines instead of one...

On February 14, 2019, on the margins of the meeting of NATO defense ministers of NATO member countries in Brussels, Spanish Defense Minister Margarita Robles signed an agreement of intent regarding Spain to join the joint Future Combat Air System (FCAS) program of France and Germany to create a promising Next Generation Fighter (NGF) fighter .

After signing the document, the Spanish Defense Minister stated in her statement that “Spain joins this project on an equal footing with France and Germany,” which will ensure Spain’s significant position in the European security and defense policy. Robles also stressed the importance of this project for the modernization of the armed forces of Spain and, in particular, the air force, as well as an impetus for the development of the Spanish defense industry.

From the side of bmpd, we recall that in April 2018, the Minister of the French Armed Forces Florence Parley and the Minister of Defense of Germany Ursula von der Layen in Berlin signed a High Level Common Operational Requirements Document (HLCORD) on the harmonization of the joint requirements of the advanced aviation complex FCAS for the development of a promising fighter Next Generation Fighter (NGF; previously referred to as Next Generation Weapon System - NGWS) in the interests of these two countries. On June 19, 2018, the same ministers of France and Germany signed an intergovernmental memorandum of understanding regarding the joint implementation of the FCAS program. According to the memorandum, the program to create a promising aviation combat system FCAS, the basis of which will be the new combat aircraft NGF will be headed by France.

According to the memorandum, from the end of 2018, a “conceptual research” phase of the program was to be launched, with the formulation of a concept by 2025. Arrival of the new aviation complex is expected in 2040. The new aircraft should come to replace the Eurofighter Typhoon and Dassault Rafale fighters in the German and French Air Forces.

On February 6, 2019, Florence Parley and Germany Ursula von der Layen at a meeting in Paris signed a contract with the European group Airbus and the French company Dassault Aviation to jointly carry out the conceptual stage of research work (FCC). The cost of the contract is 65 million euros, this stage of R & D is designed for two years and should be started on February 20. This marks the actual start of the beginning of the creation of works on the promising Franco-German fighter. The formal announcement of the launch of the program is planned at the air show at Le Bourget in June 2019.

The French company Dassault Aviation will act as the "system architect and integrator" of the project. In turn, a consortium of the French group Safran and the German company MTU Aero Engines will lead the development of the propulsion system of the future aircraft.

According to the official statements of the parties, FCAS will become a multipurpose combat air "system of systems" of the 21st century using artificial intelligence and operating in the "combat cloud" (Combat Cloud) and network ("ecosystem") of existing and future manned and unmanned systems, including various types of unmanned aircraft (remote carriers) and guided weapons. The German Ministry of Defense described FCAS as the largest and technologically complex European defense program. Now the French and German sides officially call the promising NGF aircraft “the sixth generation fighter”. 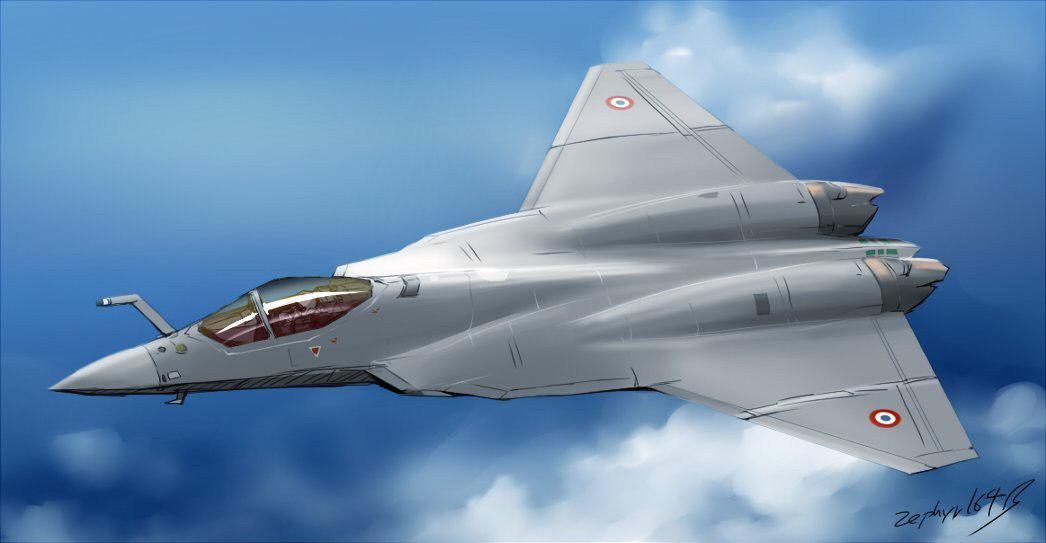 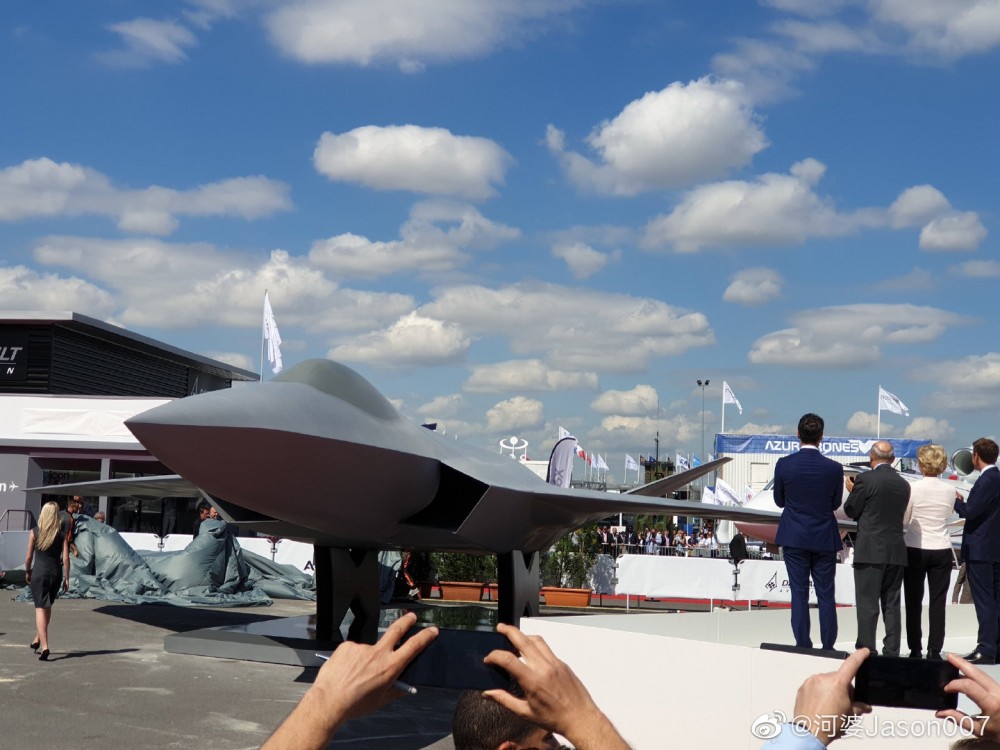 At the Le Bourget Air Show, which opened today (June 17, 2019), Dassault Aviation, a French company, presented a full-size model of a fifth-generation European fighter, Next Generation Fighter. The aircraft is being developed in cooperation with several countries of Europe and in the future should replace the fighter jets of the 4 ++ Dassault Rafale and Eurofighter Typhoon fighters. 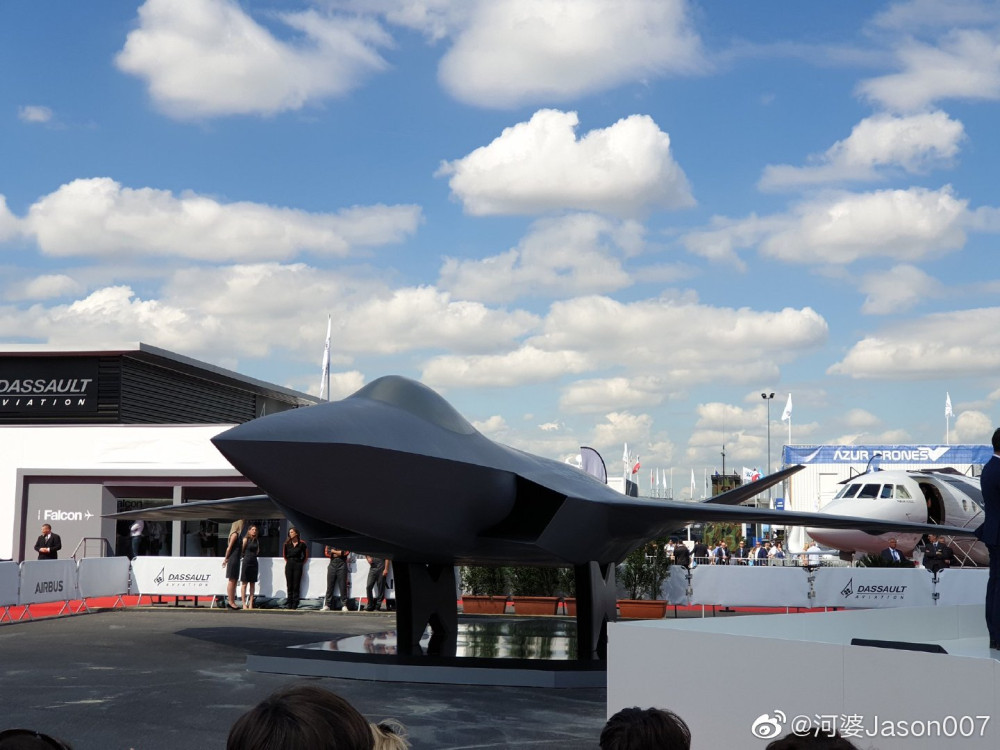 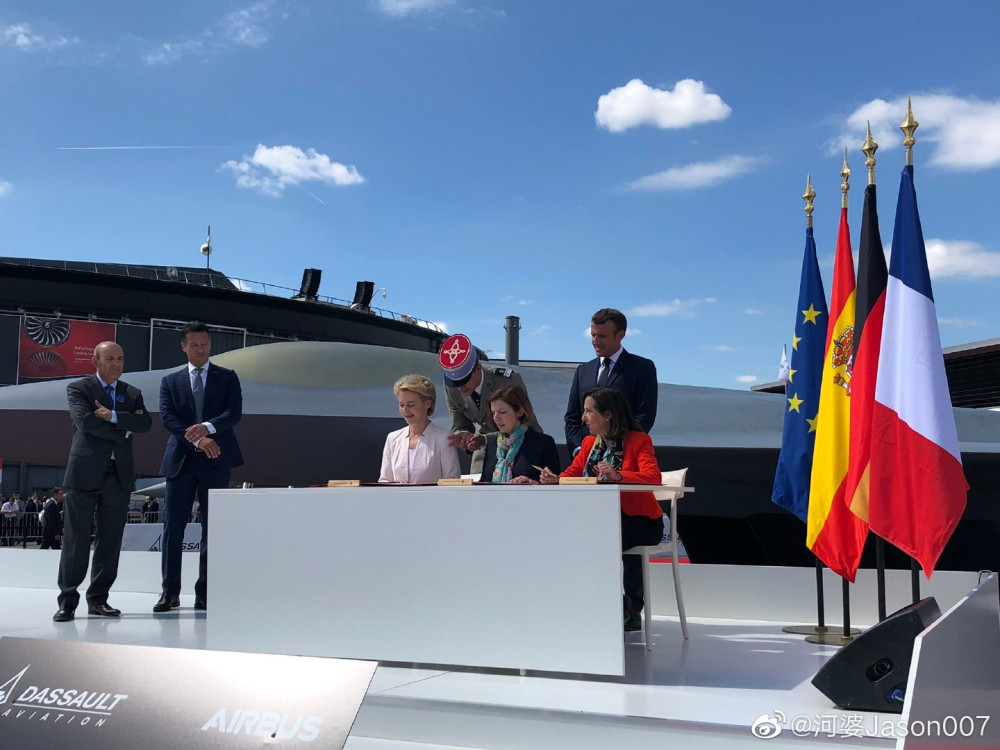 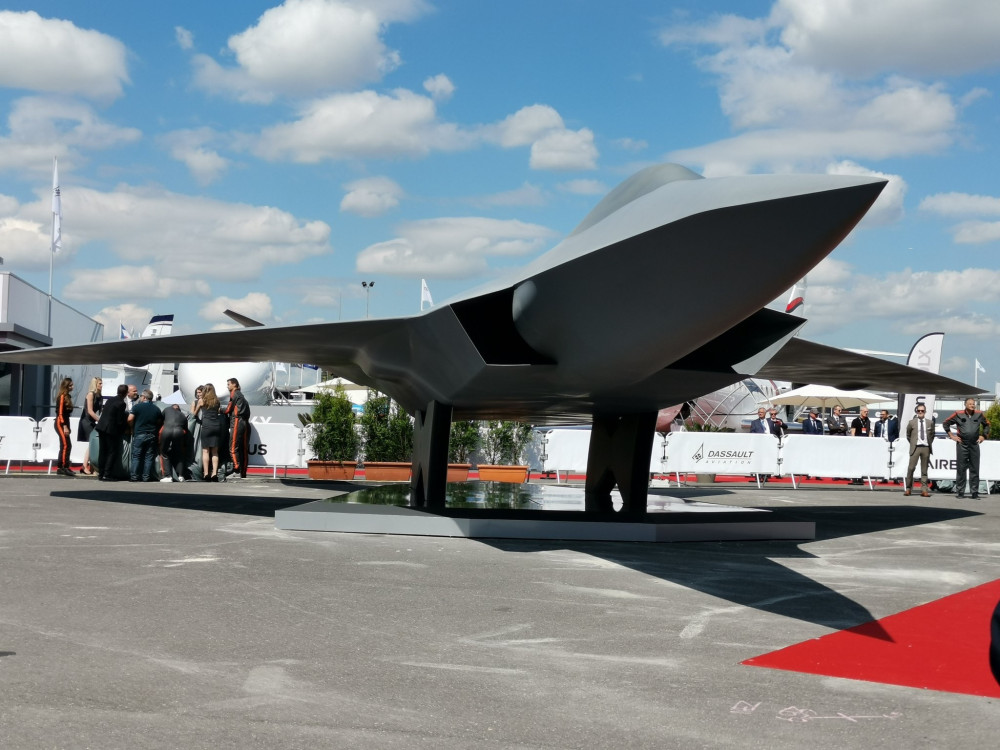 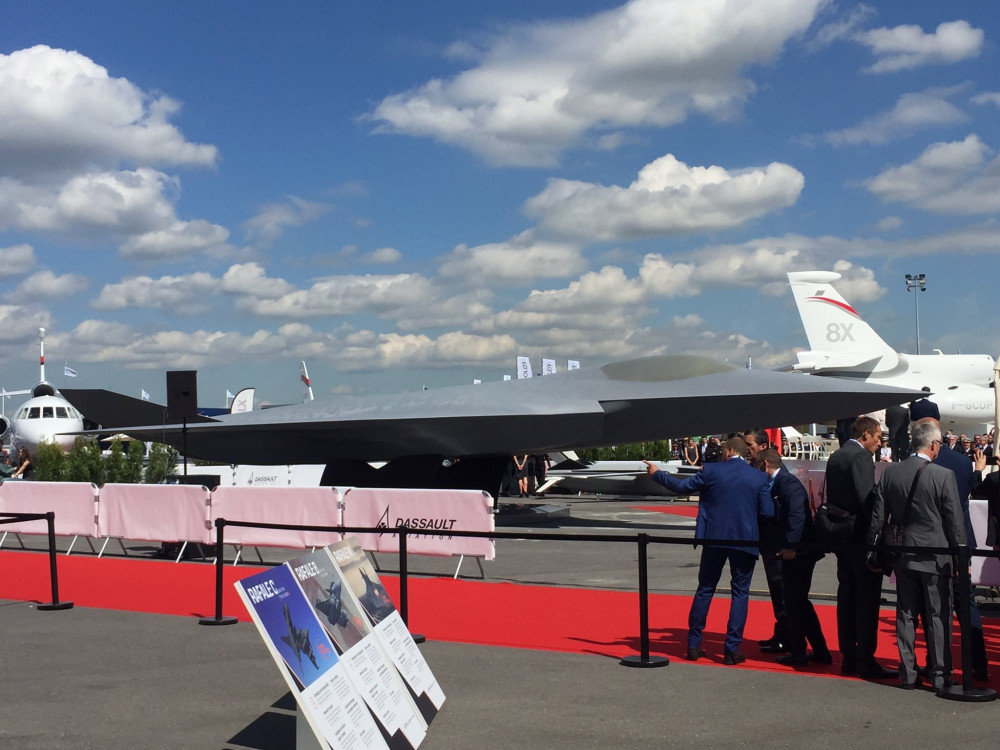 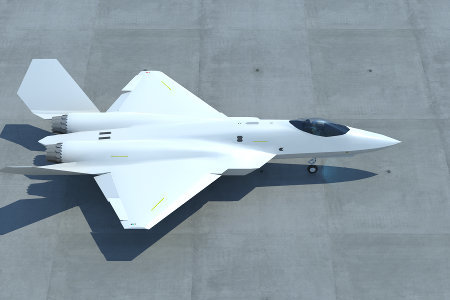