Japan to send destroyer, P3C planes to Gulf area
Self-Defense Forces will patrol in high seas in the Gulf of Oman, northern Arabian Sea and the Gulf of Aden
George1

The introduction of lithium-ion batteries will allow Japanese submarines to abandon the use of not only traditional lead-acid batteries, but also non-volatile Stirling engines.

The Ministry of Defense of Japan received funding for the 11th Soryu-type submarine, which became the world's first “linear” submarine equipped with lithium-ion batteries, for the 2015 fiscal year program. The construction of the SS 511 Oryu boat was carried out at the Kobe Shipyard & Machinery Works shipyard of Mitsubishi Heavy Industries Corporation in Kobe since March 2015, the ship was launched there on October 4, 2018.

In total, the Japanese fleet initially planned to build the last three Soryu-type boats (SS 511 - SS 513) in the version with lithium-ion batteries, and then proceed to the construction of a new type of submarine of project 29SS (also known as the “3000-ton type”) with such batteries, however, as a result, the number of Soryu-type boats of this modification was reduced to two (SS 511 and SS 512), and SS 513 will become the lead ship of a new type. The construction of the SS 512 Toryu boat has been underway since 2017 in Kobe at the Kawasaki Heavy Industries Corporation shipyard, the boat was launched on November 6, 2019 and is scheduled for delivery in March 2021.

The SS 513 lead boat of the new 29SS project was laid down at the Kobe Shipyard & Machinery Works shipyard of Mitsubishi Heavy Industries Corporation in Kobe on December 30, 2017 and is scheduled for delivery in March 2022. In the budgets of fiscal 2018 and 2019, the construction of the next two boats SS 514 and SS 515 of this project (with the construction in Kobe, respectively, of Kawasaki and Mitsubishi), planned for delivery in 2023 and 2024, was financed.

The commissioning of the Japanese fleet of the first submarine using lithium-ion batteries was the culmination of many years of research that began in Japan back in 1962. The first boat lithium-ion battery was ready in 1974, but it did not meet the necessary requirements.

Lithium-ion batteries give boats underwater duration comparable to the duration when using non-volatile power plants (VNEU) at low speeds, but at the same time due to their high capacity they provide a very long duration of underwater movement and at high speeds, which is especially important when launching an attack or when dodging an adversary. At the same time, unlike VNEU, the boat can constantly replenish the energy reserve in lithium-ion batteries, using recharging the batteries using the RPD device.

The flip side to this is the high cost of lithium-ion batteries. The contract value of the SS 511 Oryu submarine is 64.4 billion yen (about $ 566 million, according to other sources, the actual construction cost was 66 billion yen) versus 51.7 billion yen ($ 454 million) for the tenth submarine of the Soryu type (SS 510 Shoryu). Almost the entire difference in the cost of $ 112 million will be the cost of lithium-ion batteries and the corresponding electrical system.

Following the urgent suspension of the deployment plan, the Japanese government emphasized that the security environment facing Japan would not change as a result. Japanese Defense Minister Taro Kono said that Japan will rely on the Aegis-equipped destroyers to maintain the missile defense capability,...
http://eng.chinamil.com.cn/view/2020-06/22/content_9839628.htm

They r also to patrol/defend their huge EEZ & islands there.
George1

The JS Taigei (SS 513) is reportedly the next generation lead submarine to replace the Soryu class submarines. According to the scanty information received, the Taigei class submarines retained the general hull shape of the Soryu submarines, but they differ in a number of important design changes, including a significantly reduced wheelhouse, which is expected to be "inscribed" into the hull to reduce hydrodynamic resistance and improve noise characteristics . Japanese submarine technology developers have made progress in recent years to improve the snorkel system to reduce signature and create a new generation HAS based on fiber optic array technology to improve target detection capabilities.

The new submarine is also equipped with lithium-ion batteries (like the last two in the series of Soryu class submarines), a new combat information and control system and a displacement of the new submarine by 100 tons more than the 2947-ton Soryu.

The construction of the second submarine of a new type is underway at the Kawasaki Heavy Industries shipyard. The entry into the Maritime Self-Defense Forces of the lead submarine JS Taigei (SS 513) is planned in 2022.

According to a report from Tokyo’s Kyodo News agency, the Japanese government is now looking at vessels with a standard displacement of around 9,000 tons.
George1 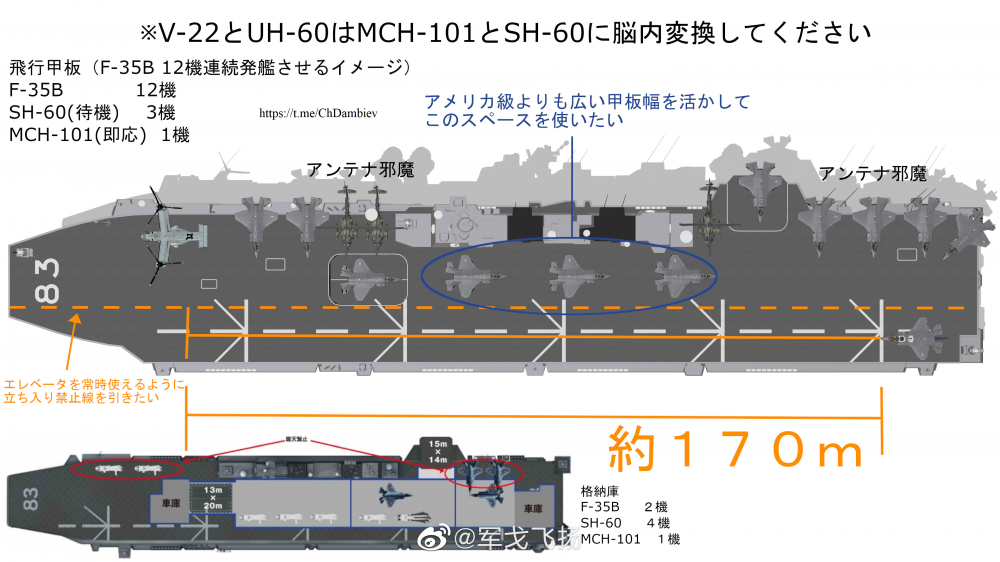 On February 18, 2021, a modernized Japanese helicopter carrier Izumo of project 24DDH went out for sea trials from the Isogo shipyard of Japan Marine United (JMU) in Yokohama. Back in 2018, the Japanese government approved a program for the development of the country's navy, which involves the modernization of one of the helicopter carriers of this project into a light aircraft carrier for basing Lockheed Martin F-35B carrier-based fighters.
Izumo was a full-fledged anti-submarine helicopter carrier aircraft carrier architecture with a total displacement of 27 thousand tons (standard 19.5 thousand tons) and a length of 248 meters. The ship's hangar is 125 m long and 21 m wide and is equipped with two lifts. Izumo is capable of carrying up to 14 helicopters of the Sikosrky SH-60 type (a permanent air group should normally include seven anti-submarine and two search and rescue helicopters). The ship can also take on deck Boeing Bell V-22 Osprey tiltrotors, which were acquired by Japan. 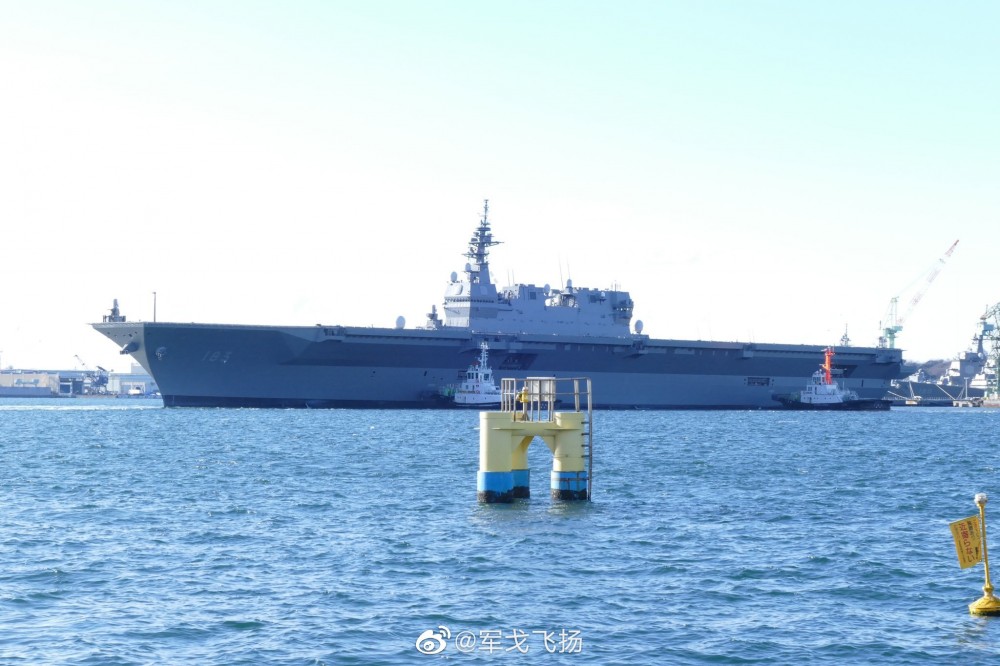 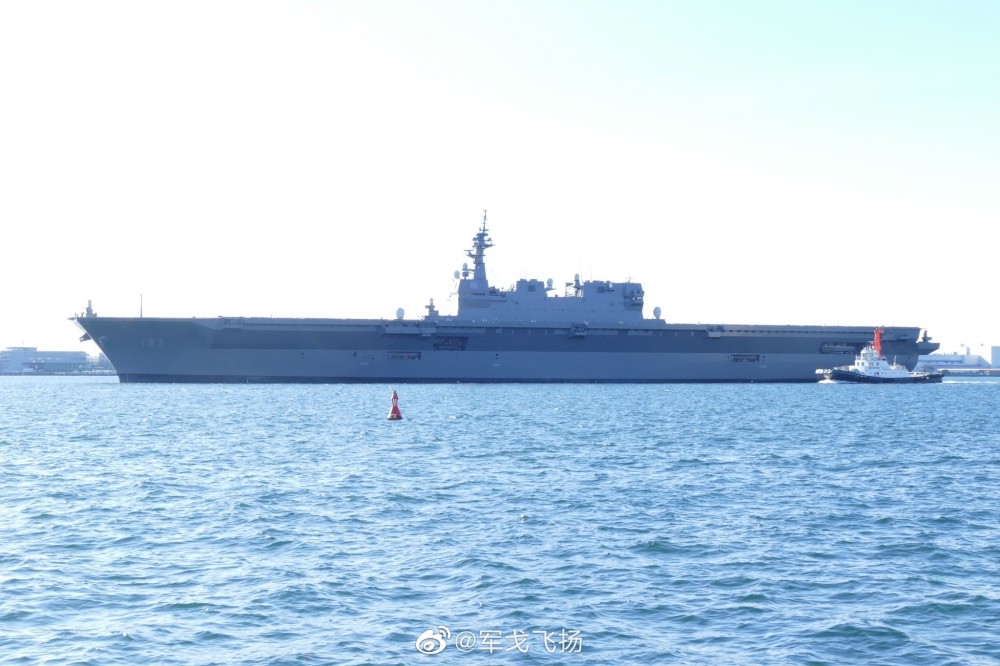 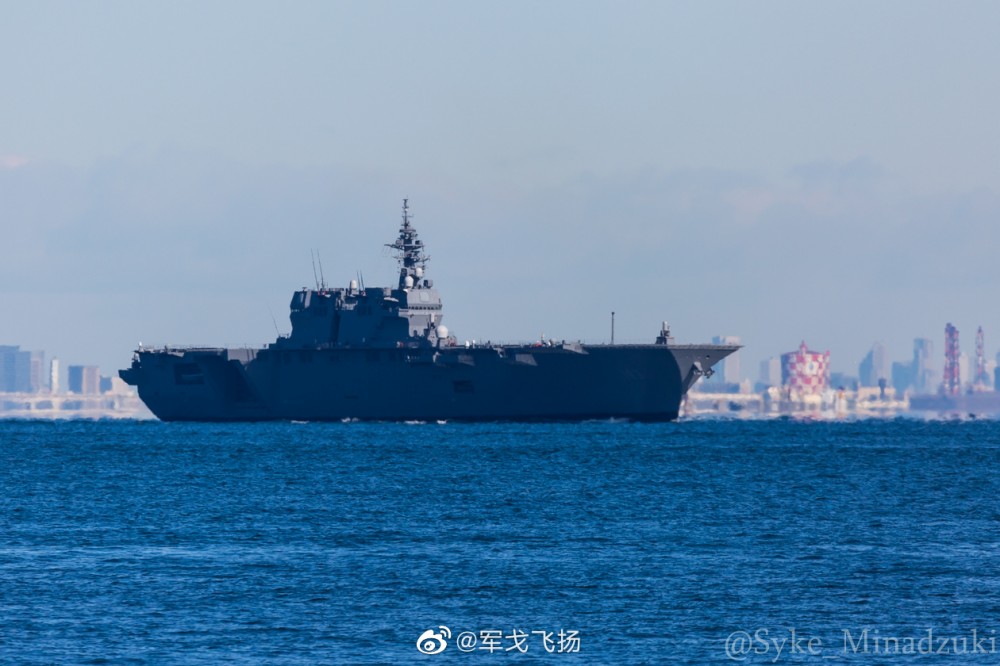 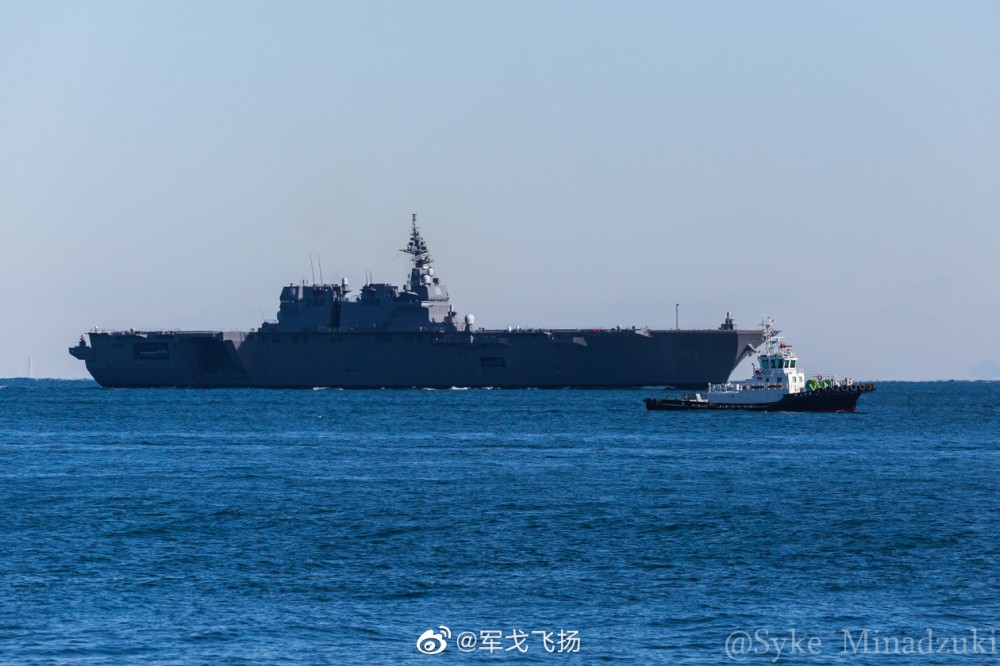 The Japanese naval forces have been replenished with the latest missile defense destroyer Haguro. The ceremony of handing over the ship took place on March 18, 2021 at the military shipyard in the port of Yokohama. This is reported by Kyodo.

"The entire series of six Project 636.3 conventional submarines will be built and delivered to the Pacific Fleet by 2024, which will strengthen its component of precision missile weapon carriers, the Navy chief said.

On March 24, 2021, in Kobe, Japan, at the Kobe Shipyard & Machinery Works of Mitsubishi Heavy Industries, a solemn ceremony was held for the commissioning of the Japanese Naval Self-Defense Forces of the SS 512 Toryu non-nuclear submarine built there (12th in the Soryu series), which became the world's second combat diesel-electric submarine equipped with lithium-ion batteries. The introduction of lithium-ion batteries will allow Japanese submarines to abandon the use of not only conventional lead-acid storage batteries, but also air-independent Stirling engines. The construction of the SS 512 Toryu boat has been carried out since 2017 in Kobe at the shipyard of the Kawasaki Heavy Industries corporation, the boat was launched on November 6, 2019.transferred to the Japan Maritime Self-Defense Forces in March 2020. 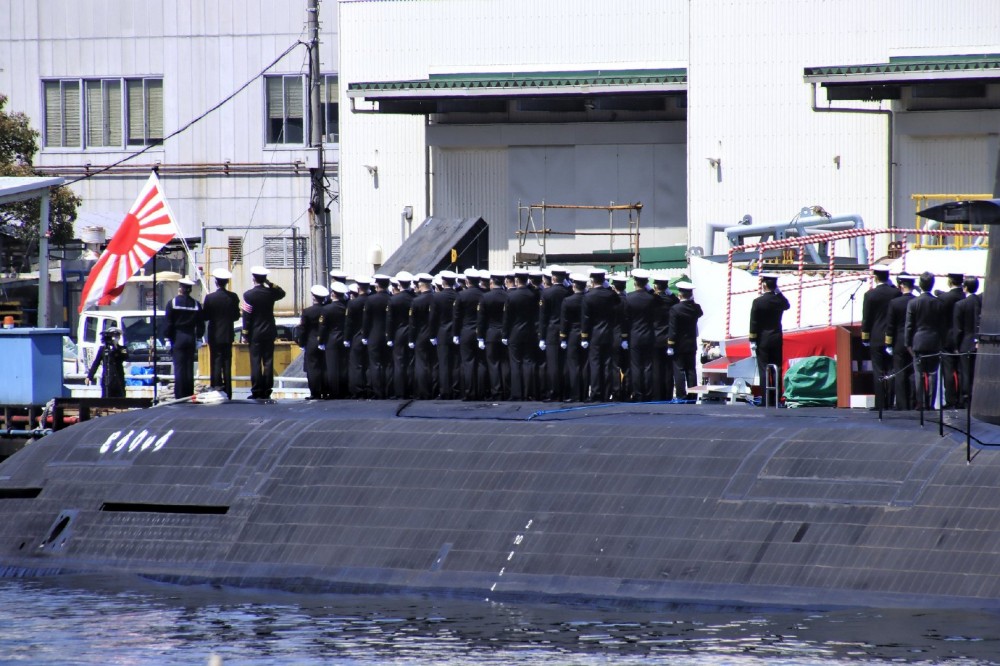 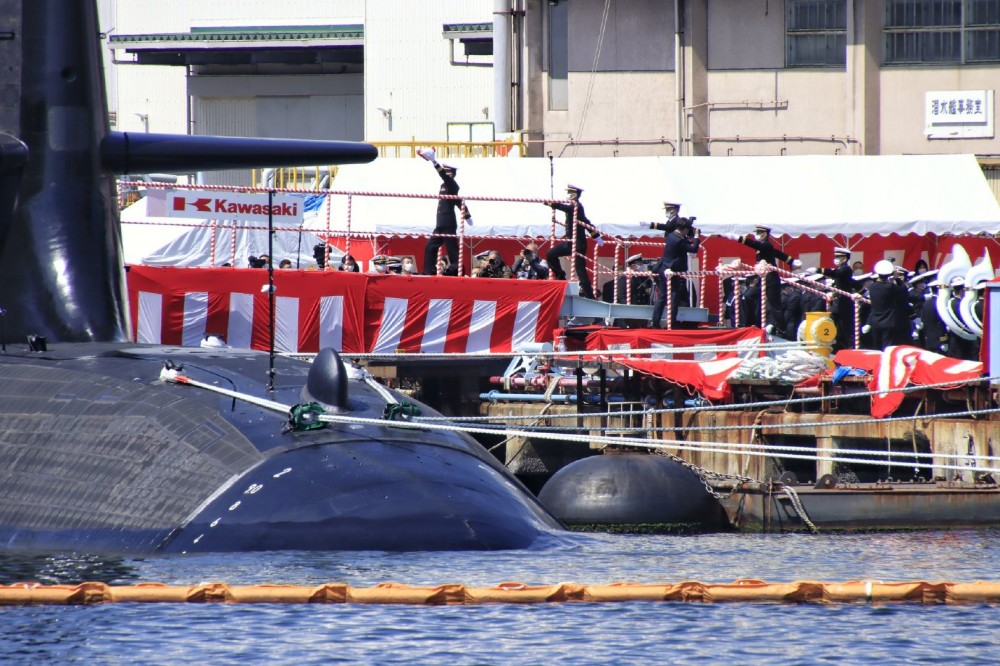 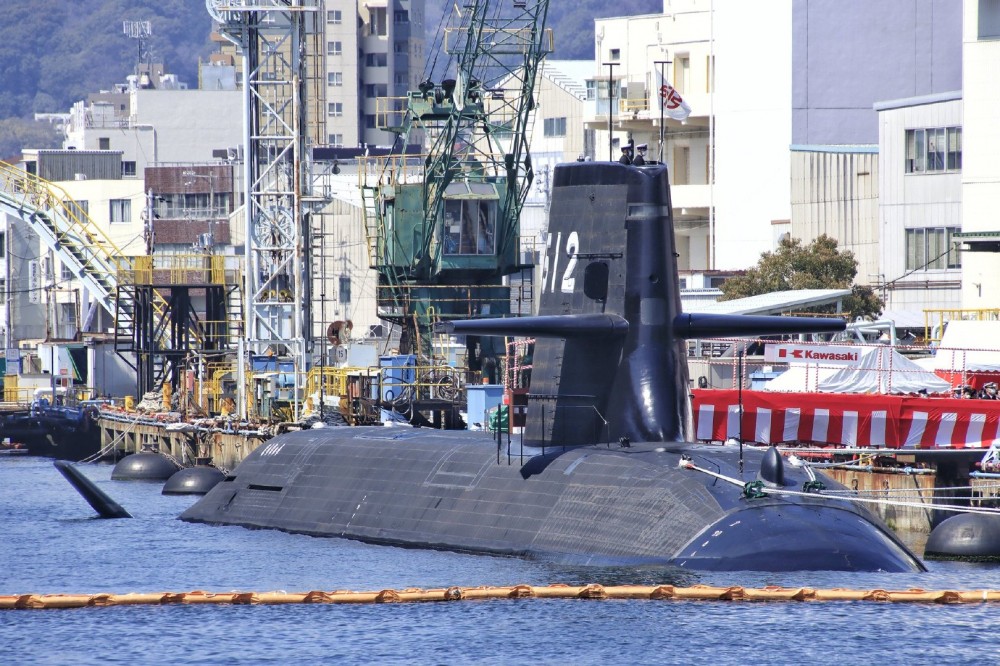 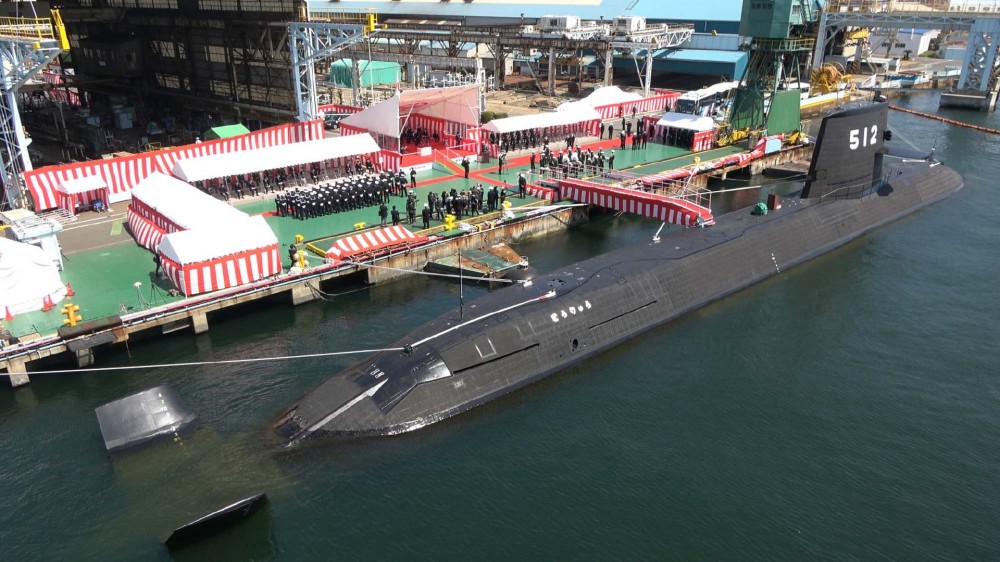 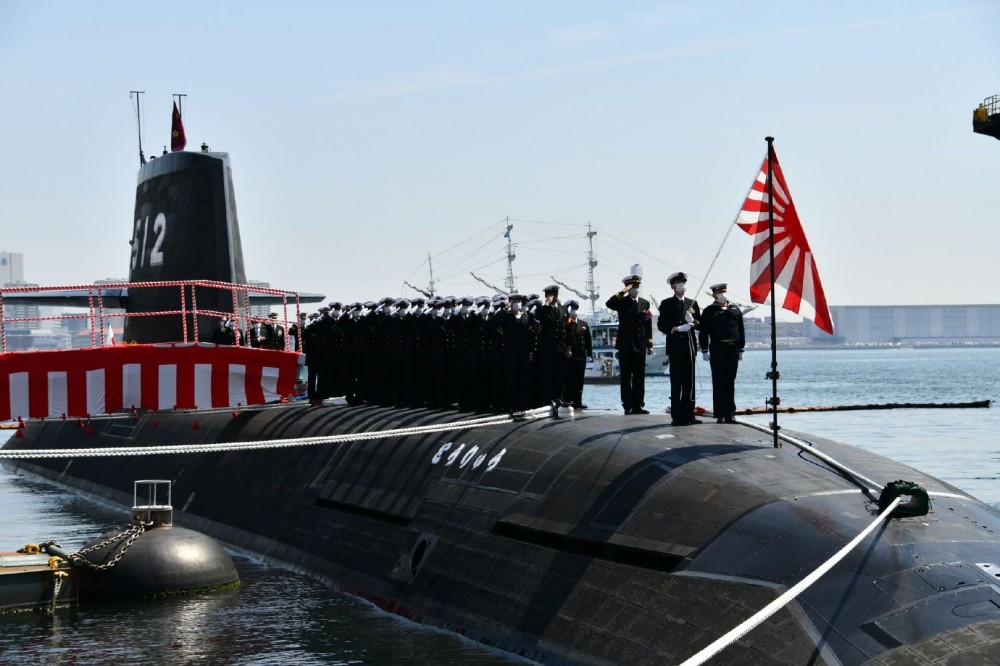 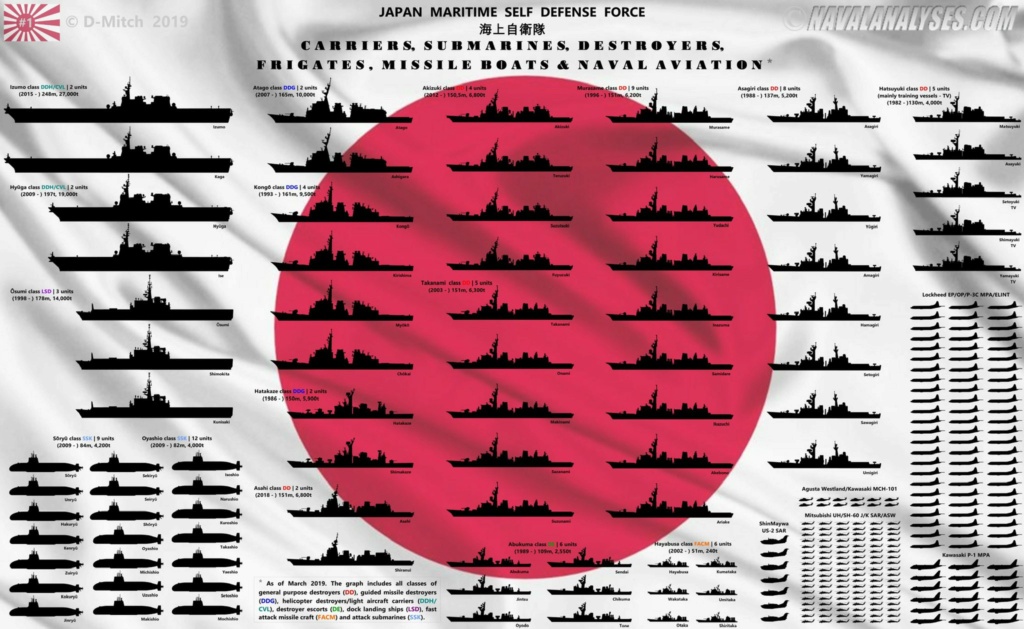