As TASS reported on September 12, 2017, Russia and Kazakhstan signed a contract for the supply of 12 Su-30SM aircraft. This was in an interview with Tass told an assistant to the Russian president on military-technical cooperation Vladimir Kozhin.

"Yes, indeed, this framework contract was signed at the International Military Technical Forum" Army-2017. "The terms of the contract assume its phased implementation within three years from the moment of the first delivery," Kozhin said, answering the question whether During the forum "Army-2017" a contract was signed for the delivery of 12 Su-30SM fighters to Kazakhstan.

On the bmpd side, we will point out that, according to our blog, it is about signing a framework agreement for the purchase by Kazakhstan of additional 12 Su-30SM fighters, and under this agreement specific contracts will be concluded by the Kazakh side, as before, for parties of four aircraft each year .

Let us recall that earlier Kazakhstan ordered a total of 11 Su-30SM fighters for the construction of the Irkutsk aviation plant of PJSC "Corporation Irkut." Under the first contract of 2014, worth about 5 billion rubles, Kazakhstan received four Su-30SM fighters with red onboard numbers with "01" to "04" (serial numbers, respectively, from 10МК5 1118 to 1120 and 1201), which arrived at the 604th air base of the Air Defense Force of Kazakhstan in Taldy Kurgan on April 17, 2015.

At the end of 2015, Kazakhstan concluded the next contract worth more than 10 billion rubles for the purchase of seven additional Su-30SM fighters. The first two of them (red onboard numbers "05" and "06", serial numbers 10МК5 1315 and 10МК5 1316) arrived at the 604th air base of the North-Western District of Kazakhstan in Taldy-Kurgan on December 27, 2016. The delivery of two more cars under this contract, according to reports, is expected by the end of 2017, and the remaining three - in 2018.

Earlier it was reported that the Ministry of Defense of Kazakhstan plans until 2020 to purchase a total of 36 Su-30SM aircraft.

On the bmpd side, we recall that earlier Kazakhstan had already concluded three contracts for the purchase of a total of 23 Su-30SM fighters produced by the Irkutsk Aviation Plant (IAZ) of PJSC "Irkut Corporation." Under the first contract signed in 2014 worth about 5 billion rubles, Kazakhstan received four fighter Su-30SM with red onboard numbers from "01" to "04" (serial numbers, respectively, from 10МК5 1118 to 1120 and 1201), which arrived in Kazakhstan in Taldy-Kurgan in April 2015.

In August 2017, Russia and Kazakhstan signed a three-year framework contract for the supply of another 12 Su-30SM aircraft. It is not clear yet, is the contract concluded for eight Su-30SM now part of this framework contract, and additional to it.

Earlier it was reported that the Ministry of Defense of Kazakhstan plans until 2020 to purchase a total of 36 Su-30SM aircraft.

In the NWF of Kazakhstan, all the eight Su-30SM fighters received so far are in service with the 604th Air Force Base of the Air Defense Force of Kazakhstan in Taldy Kurgan

Russia and Kazakhstan signed a new contract for the supply of four Mi-35 transport-combat helicopters. This was announced on Tuesday by TASS Deputy Head of the Federal Service for Military-Technical Cooperation (FSMTC) of the Russian Federation Vladimir Drozhzhov.

Kazakhstan has ordered another 4 Su-30SM.

Russian Helicopters has delivered to Kazakhstan the first batch of assembly kits for the state-of-the-art Mi-8AMT helicopters, to be assembled at the Kazakh plant, press service of the holding told reporters on Friday.

As the Ministry of Defense of Kazakhstan reported on November 7, 2020, a link of new Su-30SM aircraft arrived at the Karaganda Aviation Base named after the hero of the Soviet Union Nurken Abdirov. Multifunctional fighters Su-30SM enter the Air Force under an agreement with the Russian Federation and the program of rearmament of the armed forces of Kazakhstan. The new Su-30SM fighter (side number "03 red") from the 610th aviation base of the Kazakhstan Air Defense Forces. Karaganda, 07.11.2020 (c) Ministry of Defense of Kazakhstan

The flight and engineering staff of the Karaganda aviation base underwent a complete retraining in Taldykorgan and at the manufacturing plant. They received the appropriate approvals for piloting, operating and servicing aircraft of this type.

Comment bmpd. Thus, the 610th Aviation Base of the Air Defense Forces (SVO) of Kazakhstan in Karaganda received four Su-30SM fighters of a new production of the Irkutsk Aviation Plant (IAP) PJSC "Corporation" Irkut ", thereby becoming the second part of the Air Defense Forces of Kazakhstan, receiving aircraft of this type Previously, 16 Su-30SM aircraft received the 604th air base in Taldy-Kurgan.610th

airbase in Karaganda includes one squadron of MiG-31 interceptor fighters, now numbering tenaircraft (eight MiG-31B / BSM and two MiG-31DZ), which were repaired and partially modernized in Russia from 2009 to 2014 at the 514th aircraft repair plant in Rzhev. According to a number of reports, the Ministry of Defense of Kazakhstan has abandoned plans to modernize and re-repair these MiG-31s, which will therefore be decommissioned in the next few years. It is possible that the Su-30SM fighters as part of the 610th air base began to come to replace the MiG-31 interceptors.

It is known that Kazakhstan previously signed three contracts for the purchase of a total of 24 Su-30SM fighters produced by IAZ. Under the first contract, concluded in 2014 worth about 5 billion rubles, Kazakhstan received four Su-30SM fighters with red side numbers from "01" to "04" (serial numbers, respectively, from 10MK5 1118 to 1120 and 1201),in Taldy-Kurgan in April 2015.

In August 2017, Russia and Kazakhstan signeda three-year framework contract for the supply of 12 more Su-30SM aircraft, under which a firm contract was signed in May 2018 for the supply of eight fighters in 2019-2020. The first four aircraft under this contract, with red side numbers, presumably from "14" to "17", were delivered in 2020 (according to other sources, actually at the end of 2019) to Taldy-Kurgan. Now, apparently, four more aircraft with red side numbers, presumably from "01" to "04", have been delivered to the 610th airbase in Karaganda .

Earlier it was reported that the Ministry of Defense of Kazakhstan plans to purchase a total of 36 Su-30SM aircraft. 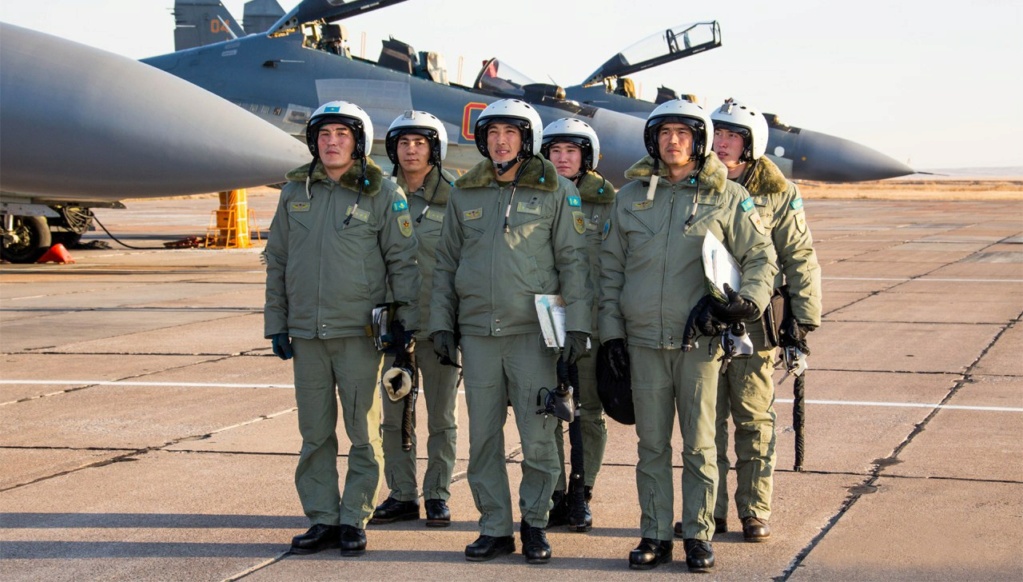 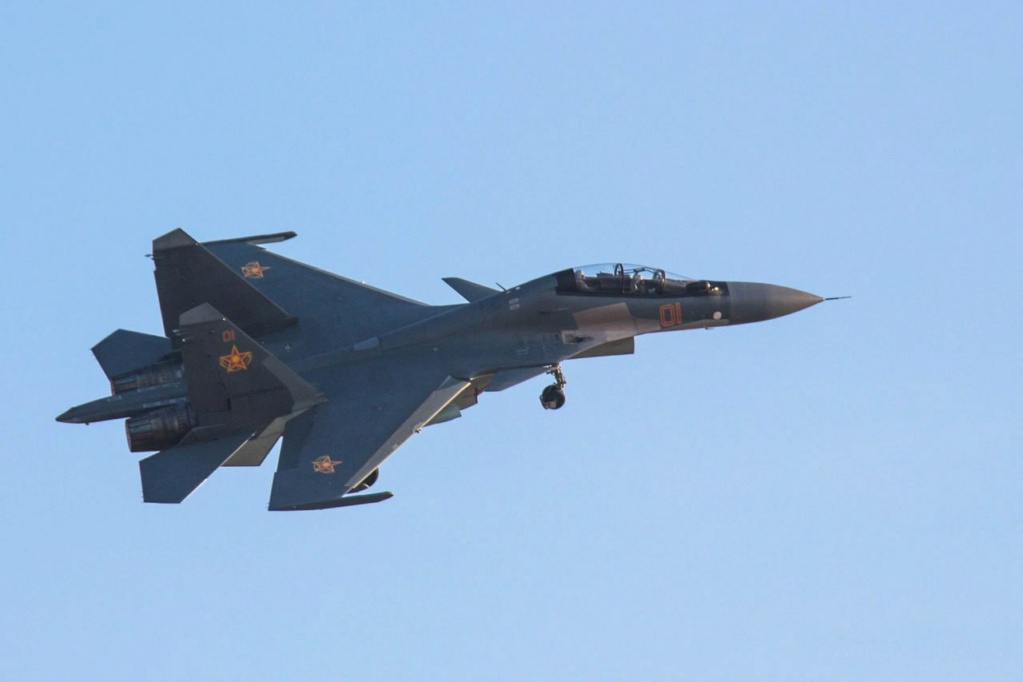 An interesting report about the beginning of SKD assembly of Mi-8/17 helicopters in Kazakhstan. 17 machine-sets Mi-8AMT / Mi-171E were manufactured at the Ulan-Ude Aviation Plant and will be assembled at the Kazakhstan JSC "Aircraft Repair Plant No. 405" (Almaty).

Earlier, Russian Helicopters reported that in December 2019 they signed an agreement with Kazakhstani companies Kazakhstan Engineering and Aircraft Repair Plant No. 405 for the supply of 17 machine kits for assembling Mi-8/171 helicopters in the Republic of Kazakhstan. The agreement regulated the delivery of the first 17 Mi-8AMT / Mi-171E vehicle sets, which will be manufactured at the Ulan-Ude Aviation Plant and assembled at the Aircraft Repair Plant No. 405. These helicopters will be adapted to the requirements of customers for the transportation of passengers and cargo, rescue operations, forest protection, firefighting, the provision of medical aviation services, and law enforcement tasks. Use of experience and extensive service network of JSC "Aircraft repair plant No. 405"

According to the Kazakhstani website Informburo.kz , in Almaty at the 405th aircraft repair plant, a solemn ceremony of handing over the first helicopter Mi-8AMT assembled in Kazakhstan to the Ministry of Emergencies [Kazakhstan] was held. These multipurpose aircraft are produced by the Ulan-Ude Aviation Plant, which is part of the Russian Helicopters holding. We will carry out SKD assembly of the Mi-8AMT from kits supplied by the Russian enterprise. Read more in the photo reportage by Grigory Bedenko.

The first stage of the contract with the Ulan-Ude Aviation Plant involves the assembly of 17 aircraft in Kazakhstan. 11 of them are intended for the Ministry of Emergency Situations, 6 - for the National Guard. The delivery of the kits is scheduled until 2022. The helicopters will be used to transport passengers and cargo, rescue operations, forest protection, firefighting, air ambulance services, and law enforcement missions. The use of experience and an extensive service network of aircraft repair plant # 405 will provide integrated service support for customers in the field of deployment. 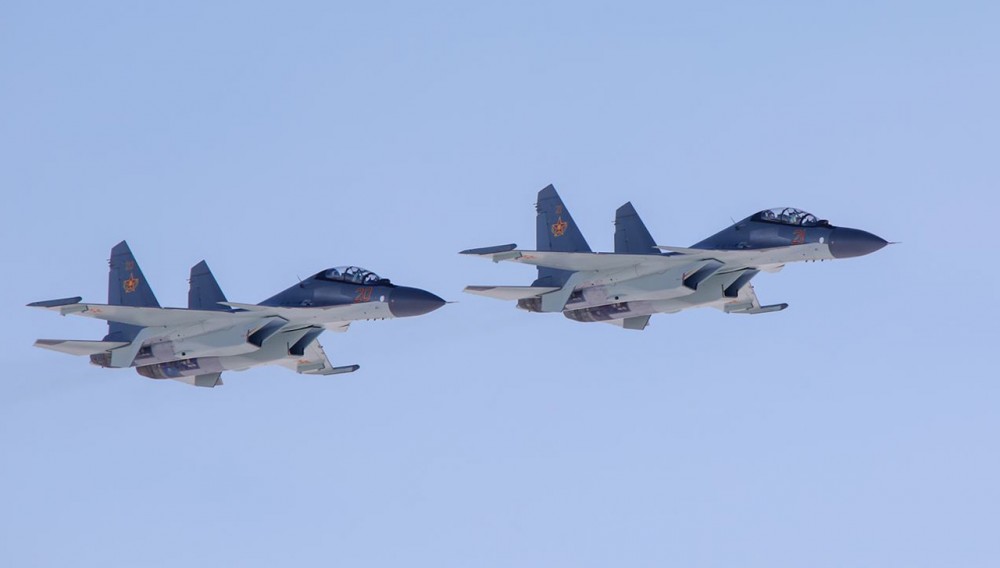 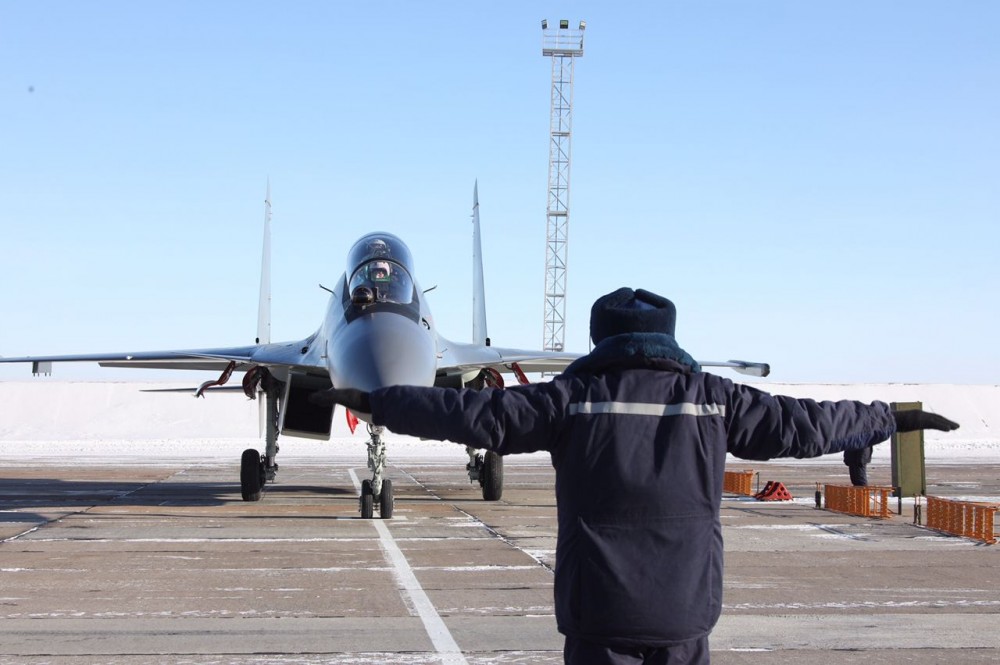 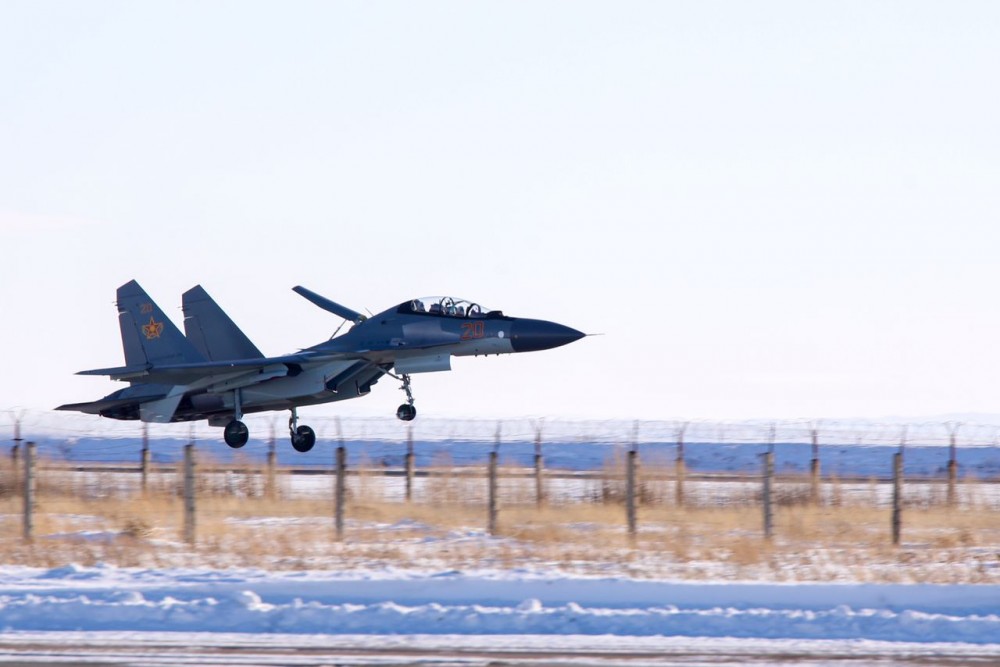 On February 1, 2021, the Ministry of Defense of Kazakhstan announced the receipt by the Air Defense Forces of the Air Defense Forces of Kazakhstan of the first multifunctional anti-aircraft missile system (battalion kit) 9K317E Buk-M2E, manufactured by the Russian JSC Concern VKO Almaz-Antey. It is reported that at the present time the specialists of the concern are carrying out work on the delivery of the complex and putting it into service with the air defense forces of Kazakhstan.