Another success of this Su-30MKI derivative. Wouldn't the Su-35 have been a better choice?

Su-30SMs are fine for Kazakhstan's requirements. They have no conceivable threats to their borders or interests. Of course they should be prepared anyway though, and for that the Su-30SM is a good compromise between capability and price. Can easily fulfill air superiority and fighter-bomber roles for them, as well as air-cover and anti-ship support for their naval contingent in the Caspian.
Together with modernized MiG-31s for interceptor duties over their large airspace; their air-force is pretty much complete.
George1

So apparently they should get 4 Su-30SM starting May (for just 75 million), and they plan to get 32 by 2020 (worth 2 billion). Also will get 4 Mi-171 this year. I hope other CIS countries will start renewing their fighter and training fleets.
George1

A group of pilots and technicians returned to military units of the air forces of Kazakhstan from the Irkutsk Aviation Plant, press-service of Kazakh Ministry of Defense reports.

“Over the last month Kazakh specialists have passed theoretical retraining at the Russian enterprise to prepare for operation of Su-30SM fighters to be delivered to our country soon. Kazakh pilots and technicians have passed the full training course and studied characteristics and performance of the aircraft, its technological base and equipment. Practical training of pilots and maintenance personnel will be carried out at Taldikorgan air base,” said in the statement.
Follow us on: Follow ruaviation on Twitter

We remind you that in early 2015 pilots and engineers passed the training course at Irkutsk Aviation Plant (part of Irkut Corporation) in the network of bilateral cooperation between the countries. Moreover, the air forces of Kazakhstan will take delivery of super-maneuverable “4++”-generation Su-30SM fighters soon.
Viktor

The delivery marks the completion of the first phase of the order, which was announced in February and will see a total of 36 aircraft manufactured and exported to Kazakhstan, as the country looks to bolster its combat aircraft reserves. 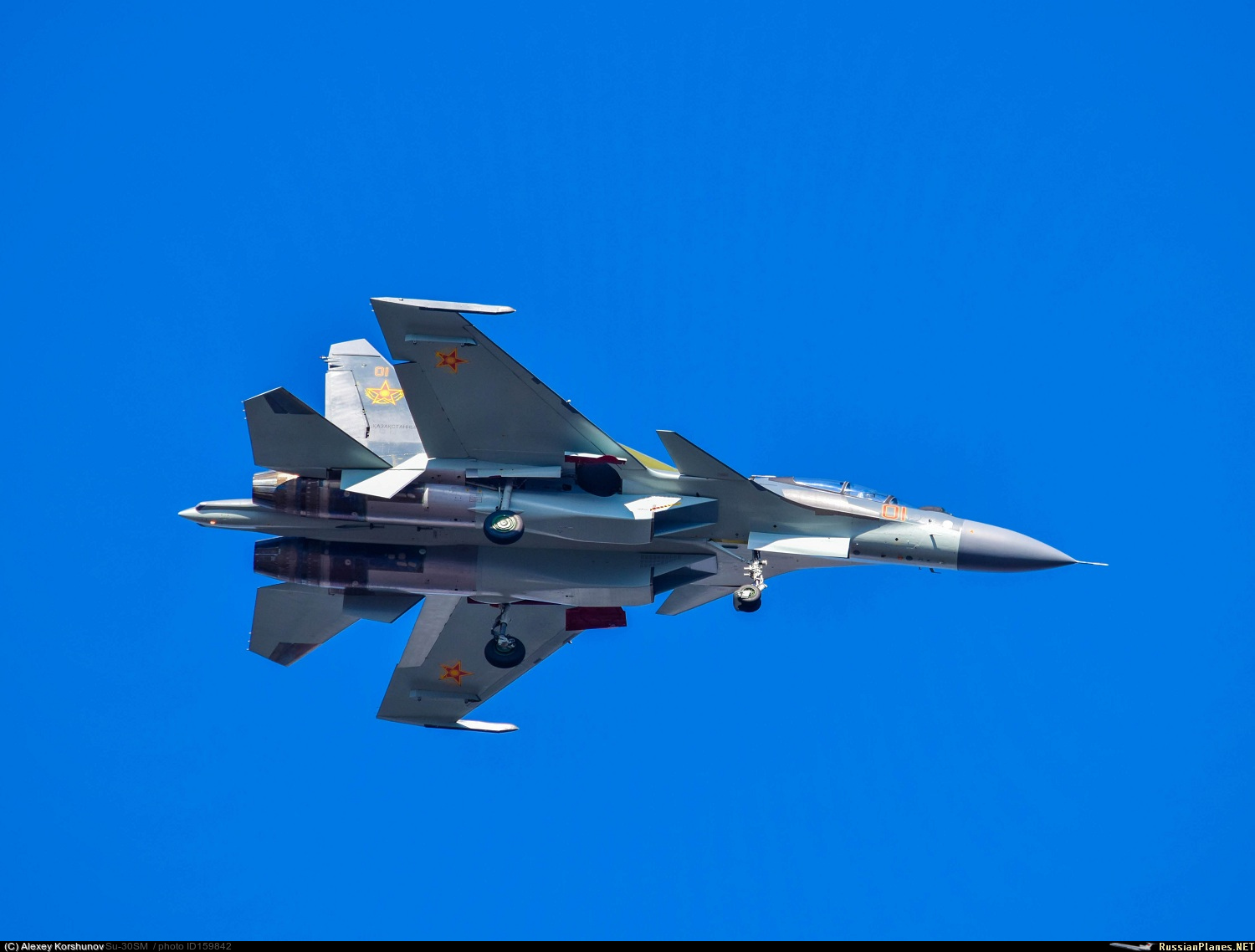 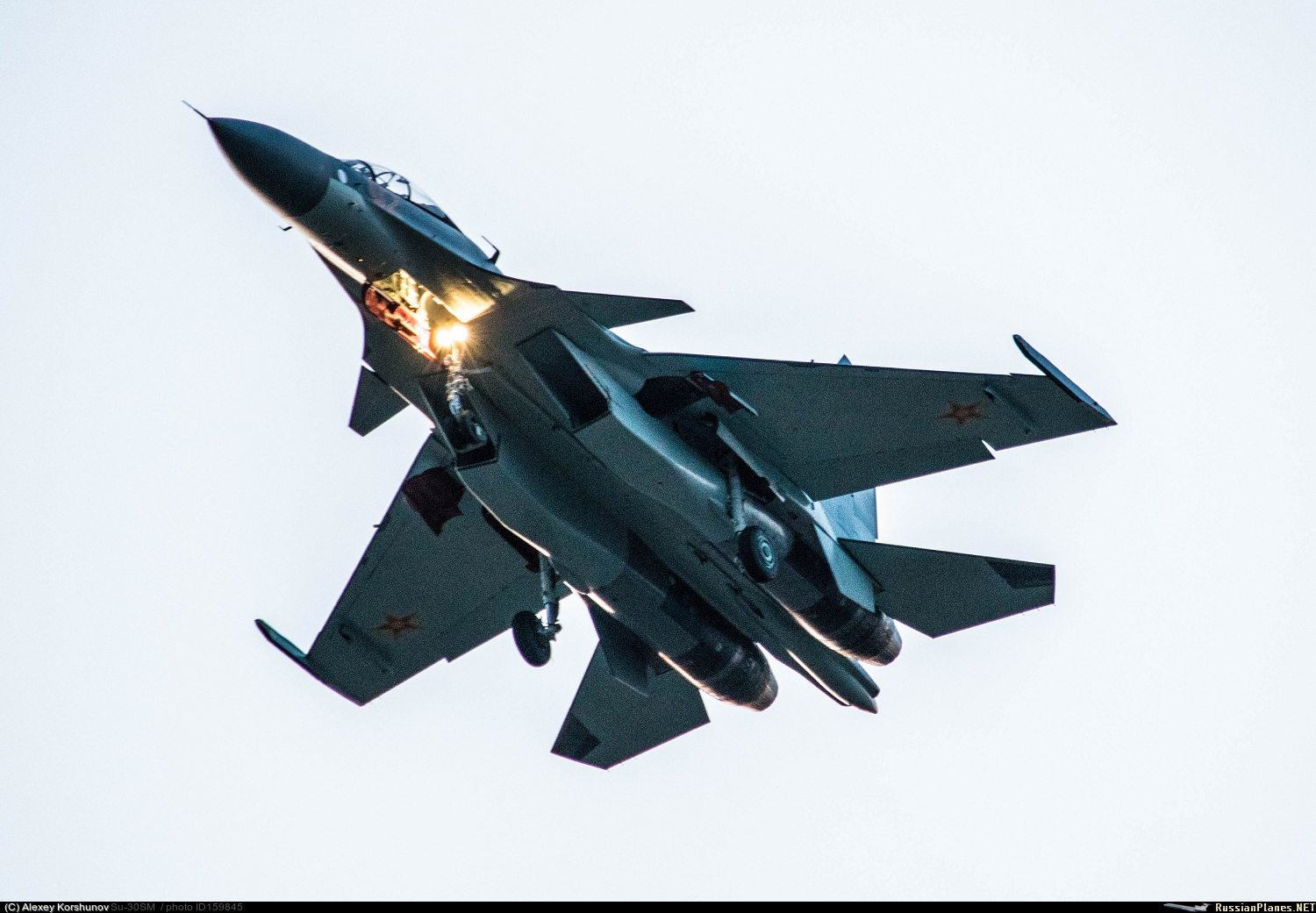 They can sign even more agreements? I mean, Kazakhstan is part of CSTO, I believe they are part of integration of air defence systems, etc. so what more agreements can they sign?
mack8

According to rumours, at least one SM (04) has left for or already arrived at Taldy-Kurgan in Kazakhstan.
Viktor

Corporation "Irkut" completed the delivery of Su-30cm in Kazakhstan
George1

Corporation "Irkut" completed the delivery of Su-30cm in Kazakhstan

Russia will start deliveries of Su-30SM fighters to Kazakhstan in 2015; the contract for delivery of the first four jets of the type has already been signed, the head of Irkut Corporation's delegation at LAAD-2015 exhibition held in Rio de Janeiro, Viktor Lichaev, told RIA Novosti.

Lichaev said that this is only the beginning of cooperation between the parties in this area. “Kazakhstan is going to place more orders for Su-30SM jets,” Lichaev said.
higurashihougi

Wonder will the Kazaks get Su-35 in the next deal ?
mack8

Kazakhstan is committed to as many as 36 Su-30SM up to 2020, of which 4 have been delivered already. So i find unlikely they will order Su-35 too.
Depending if they would still want a high-lo mix, perhaps they will order some MiG-35? Presumably the Su-30SM will supplement then  replace Su-27, MiG-35 would do same for MiG-29 and  they could have their MiG-31 upgraded, all backed by Yak-130 trainers - the next aquisition in the 2020s would logically be T-50.
sheytanelkebir

Does mig35 offer them the endurance they would need? I reckon they could buy some su35 as an interim type then the next order will be for pak fa after 2020...
George1

The MiG-35 should have excellent endurance and be actually better for the area than the larger heavier Flanker.

Both aircraft have external fuel tank capacity and inflight refuelling probes... the main difference is that for most operational roles the flanker will fly with tanks half empty, while for a few missions the MiG will carry external drop tanks.

the smaller lighter MiG should be cheaper to buy and to operate.
George1

The key to Asia: who is the main military partner of Russia in the post-Soviet space

2-5 June 2016 in Astana will be held IV International Exhibition of Arms and Military Equipment KADEX. According to the "Rosoboronexport", the exhibition will be attended by 40 enterprises of the Russian military-industrial complex, including 14 holding companies, will feature more than 250 samples for the land, the air and naval forces.

Kazakhstan was the first CIS country to have concluded with Russia May 25, 1992 Treaty of Friendship, Cooperation and Mutual Assistance. It provides for the creation of a common military-strategic space, the joint use of military bases, sites and other military installations in the event of a threat to Russia or Kazakhstan. Agreement on military cooperation between the two countries was signed by President Boris Yeltsin and Nursultan Nazarbayev, March 28, 1994

Overall, since 1992, it made more than 60 papers on various aspects of military and military-technical cooperation.

Since January 2001, it operates bilateral commission on military-technical cooperation. December 24, 2013 in Moscow, Presidents Vladimir Putin and Nursultan Nazarbayev signed an agreement on military-technical cooperation (March 2, 2016, Russian President has signed a regulation on the procedure of realization of the contract). November 16, 2015 the Russian president ordered the government to negotiate an agreement with Kazakhstan on the procedure for monitoring the presence and the targeted use of military products.
Deliveries of Russian arms in Kazakhstan

According to the Stockholm International Peace Research Institute (Stockholm Peace Research Institute, SIPRI), in 1991 and 2015 from Russia to Kazakhstan were delivered various weapons to $ 1 billion 366 million. Part of the weapons had been handed over to the country free of the presence of ( with depots and warehouses of the Armed forces).
Since the beginning of 2000. Russia began to supply Kazakhstan with modern weapons and military equipment, spare parts and accessories. In February 2000, "Rosvooruzhenie" company (now the "Rosoboronexport", is part of the state corporation "Rostec") signed with the Kazakh state-owned company "Kazspetsexport" general agreement that defined the main directions of military-technical cooperation.
On January 1, 2004 came into force an agreement on favorable terms of sale Kazakhstan military products on the Russian domestic prices.

In 2004-2012 gg. Kazakhstan has received a significant number of Russian armored vehicles, including:

By order of the Navy of Kazakhstan in 2016-2017 gg. Is expected performance of contracts for the supply to the Republic of the project offshore trawlers 10750E ( first trawler was built in the end of July 2014, the same year Astana has applied to the purchase of the second ship).

January 30, 2013 in Astana, Kazakhstan's Defence Ministers and Russia Adilbek Dzhaksybekov and Sergei Shoigu signed an agreement on the establishment of a single regional air defense systems (air defense). It is concluded for five years with automatic renewal for successive five-year periods.

The document provides for the construction and use of a single system based on the two countries' troops and air defense forces. In peace time, they will be in direct subordination of the military national command. Training troops, the organization of operational and combat training is conducted according to a single plan.

Also, according to a single plan will be applied, and the troops in time of war, subject to the commander of the unified air defense system, appointed by the presidents of the two countries on the proposal of the Defence Ministers. Place a single command - Alma-Ata, Kazakhstan.

Currently in service with the air forces of the Armed Forces of Defense of Kazakhstan has already caused several battalions of S-300, the country inherited after the Soviet collapse. In connection with the creation of a unified air defense system in 2015 Russia supplied Kazakhstan five anti-aircraft missile systems S-300PS and signed a contract for their maintenance.

Russia leases in Kazakhstan are 7 major military facilities with a total area of ​​more than 11 million hectares:

For the use of these military facilities, except in Baikonur and radio host Balkhash, Russia paid $ 27.5 million annually in the year. Price Baikonur cosmodrome rent under the contract of 1994 is $ 115 million per year. Payment for radio engineering unit were not disclosed.

December 2, 2014 Russia and Kazakhstan signed an intergovernmental agreement on the transmission conditions and the procedure for later use Kazakhstan's Balkhash site in the Russian missile attack warning system (EWS; November 28, 2015 Russian President Vladimir Putin signed a law on ratification).

Radio Engineering unit located in the Karaganda region. Kazakhstan provides security not only Russian, but also its allies in the CSTO. According to the document, the node and the land on which it is located, are transferred to the use of the Russian side on a grant basis, specified conditions and procedures for its operation. In particular, it is envisaged to provide paragraphs of state and military control of Kazakhstan information on the missile and space environment in the region and to organize joint combat duty.

April 16, 2015 in Moscow, the two countries signed the protocols to the bilateral agreements on the use of military facilities on the territory of Kazakhstan (ratified by the Russian Federation February 15, 2016).

According to documents from January 1, 2016 the rent Russia Kazakhstan reduced by eliminating landfill sites, which are not used by the Russian Defense Ministry as directed. Thus, the amount of rent for the testing ground Sary-Shagan reduced from $ 18,932,000 to $ 16,276,000, for the objects and fighting fields 929th Flight Test Center of Russia - from $ 4.454 million to $ 3.081 million.

Currently, the Russian military schools undergo military training in Kazakhstan, most of them - free of charge. In total, over the past 20 years, more than 4 thousand. Kazakhstani officers have been trained in Russia.

Kazakhstan is considering the purchase of attack helicopters Mi-28NE