Few large ones of loads of small ones, same thing over same period of time

Not even close, big calibers allow guided rounds with way higher efficiency against difficult targets. Even the normal air burst of such a big round is incomparably more powerful with a bigger blast radius than what 30 mm can do
PapaDragon

LMFS wrote:Not even close, big calibers allow guided rounds with way higher efficiency against difficult targets. Even the normal air burst of such a big round is incomparably more powerful with a bigger blast radius than what 30 mm can do

Coast Guard never deals with difficult targets, one 30mm round stopped that 404 boat dead in it's tracks

Now imagine what 2 second burst would do

57mm with its thermals is way better to counter them at decent range compare to ak-630.

They could also go with naval Sosn-R. Was it called Palma or Palash ?

Guided rounds needs prprogrammation which can break down. A burst of 30 mm can't go wrong and it create a cloud that moves towards the targets at mach 3 that can't be evaded. Both are effective.

And majority of drones will get stomped by 30mm anyway

Yeah but we are talking about a defensive weapon. It is meant to defend the ship when attacked. So if a threat shows up it can't wait for the navy ship to come.

And drones can be used by everyone. Coast guards are a military force that uses weapons for a reason. They can't just wait for the navy.
GarryB

30mm are cheap and are devastating against most aircraft, but against smaller targets you do have to fire a lot of rounds to assure a hit.


Without airburst ammo the 30mm is excellent for use against helicopters and low flying aircraft, but for rather smaller targets like missiles it struggles and you will end up using enormous amounts of ammo to get hits... where the round has to make contact with the target to have any effect.

Certainly air burst rounds that explode near the target make it much more effective against very small targets.

If you want to stop a ship then a burst of 30mm rounds through the bridge will stop any ship in its tracks, while a few 30mm round in the water ahead of a boat can have the same effect.

A 57mm gun extends the range it will work, and its HE rounds carry vastly more HE and fragmentation material so even heavily built targets can be damaged with air burst 57mm rounds.

The core reason for the 57mm gun is tiny drones where airburst rounds send thousands of splinters into the airspace the drones occupy making hits certain, but also on land against IFVs with 100-150mm frontal armour can be engaged with serious APFSDS rounds that are much more powerful than the similar rounds in 30mm calibre.

With airburst rounds I would expect 30mm weapons to continue to be used, but 57mm guns will also enter use simply for its better range and the fact that 100 x 30mm rounds probably cost more than 2-3 air burst 57mm rounds and are easier and cheaper to store. 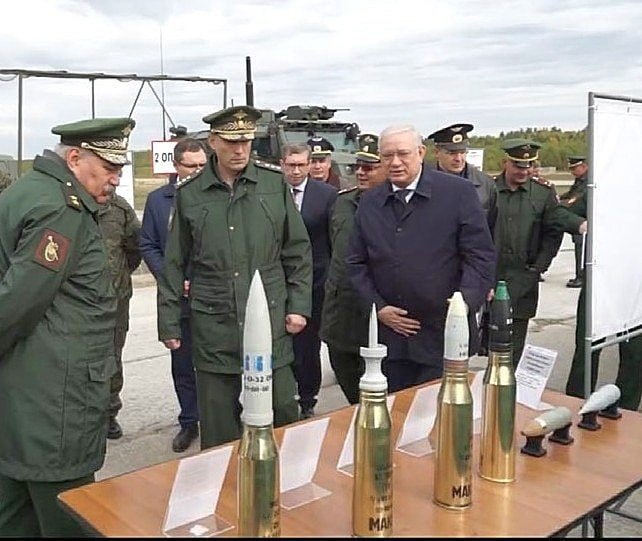 Not to mention makers of drones....
lyle6

The answer to drones would be distributed low power jamming stations that can be sown like mines throughout likely UAV routes to cut communications, preferably delivered via tube or rocket artillery. The idea being, to rapidly blanket or wall off sections of the airspace that the UAVs would essentially get lost in until they eventually just run our of juice and nosedive into the earth. 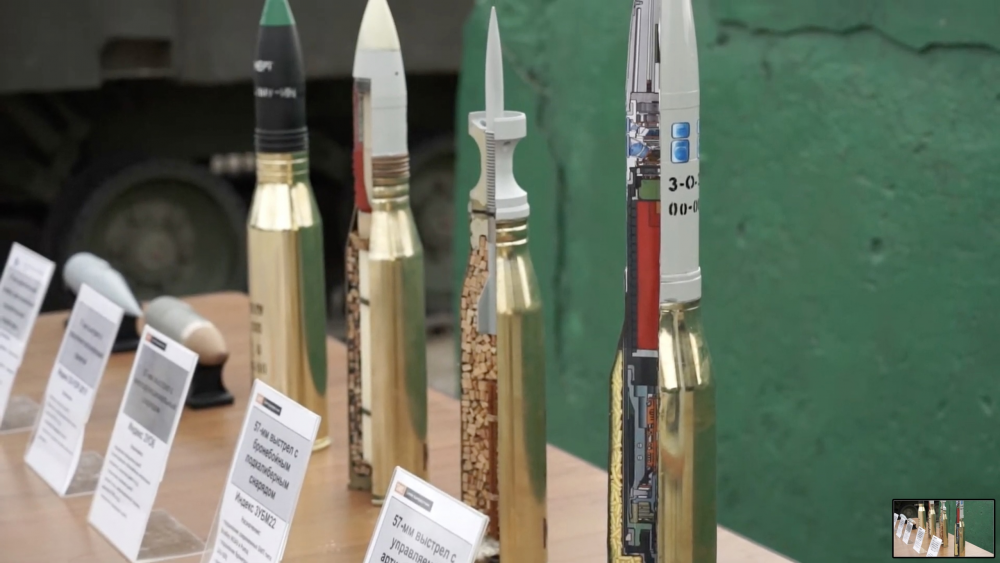 Video from where all that stuff was taken from:

My man! I knew those were cut away shells. Ahh now I'm just going to stare at those beauties for a sec. 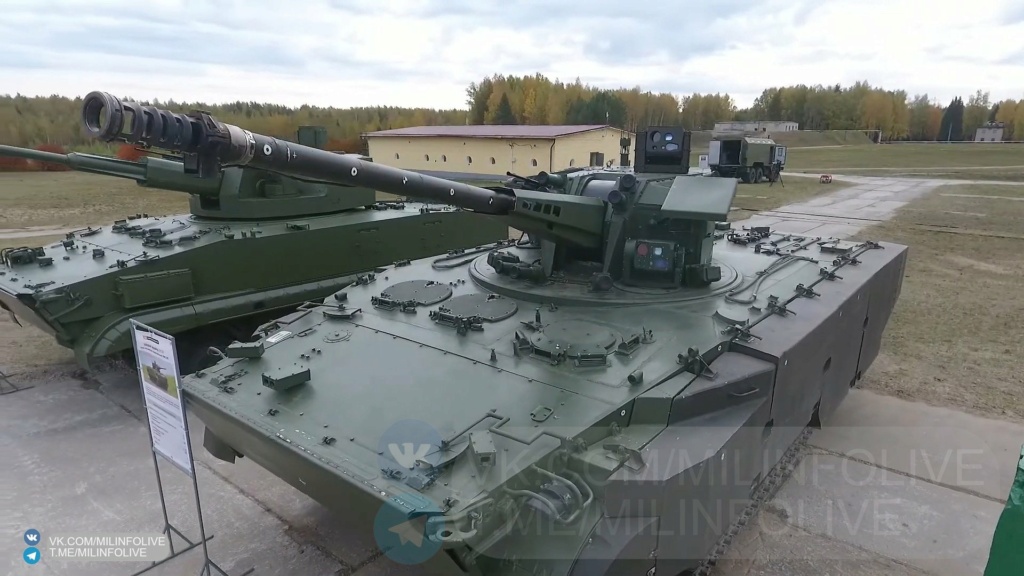 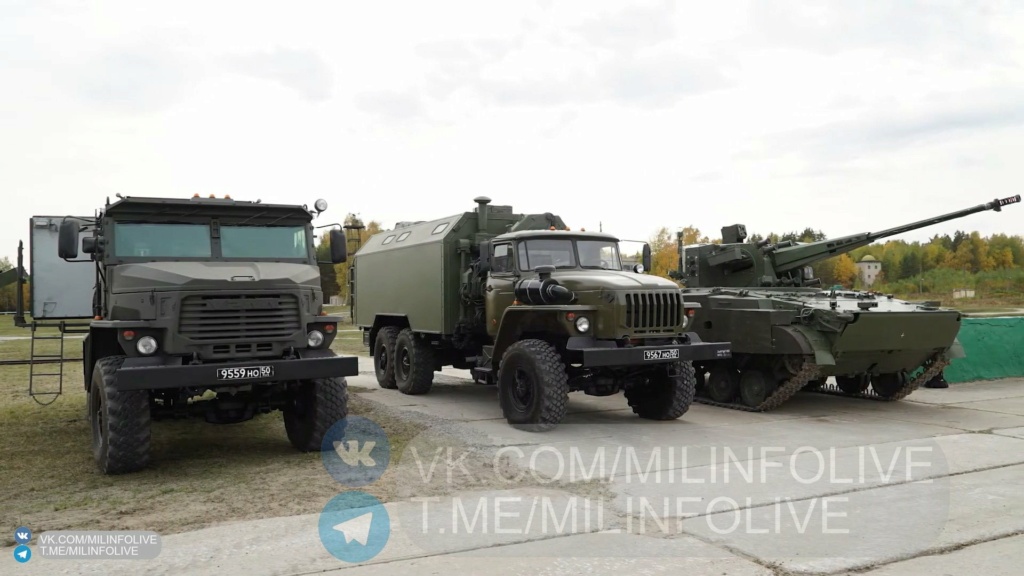 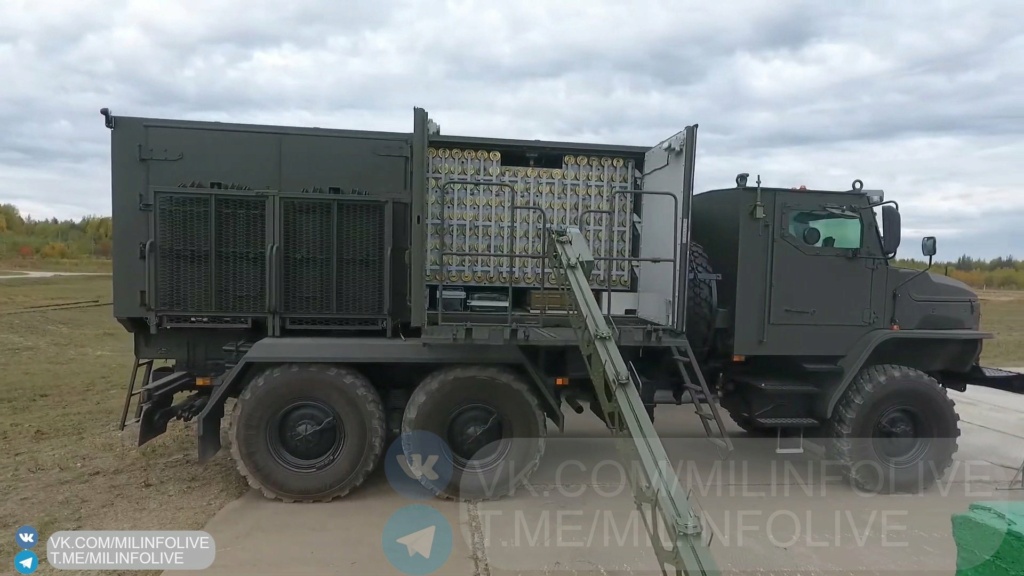 I really like this SPAAG but I keep thinking they should mate this to the Sosna as another option. Also as a naval mount like the Palma but obviously 57mm.
limb

Why is the ammo count so low? AFAIK, most of the ammo is only stored under the turret ring the turret and the derivatsiya doesnt use extra space in the hull even if the hull is spacious due to having a troop compartment.
GarryB

I really like this SPAAG but I keep thinking they should mate this to the Sosna as another option. Also as a naval mount like the Palma but obviously 57mm.

The AU-220 turret is a unified land and naval turret for use on land vehicles and boats... The guns and missiles would compliment each other with missiles better for manouvering targets and guns good enough for straight and level targets and cheaper.

They are revising SOSNA at the moment AFAIK with an increase in range to 20km which should be interesting... the PINE (ground based SOSNA) is based on an MTLB chassis but does not use a search radar which makes it much cheaper.

For dedicated air defence the full internal capacity of these vehicles should be able to be used for ammo.. but the rounds themselves are large... bigger than a 2.25 litre bottle of fizzy drink.