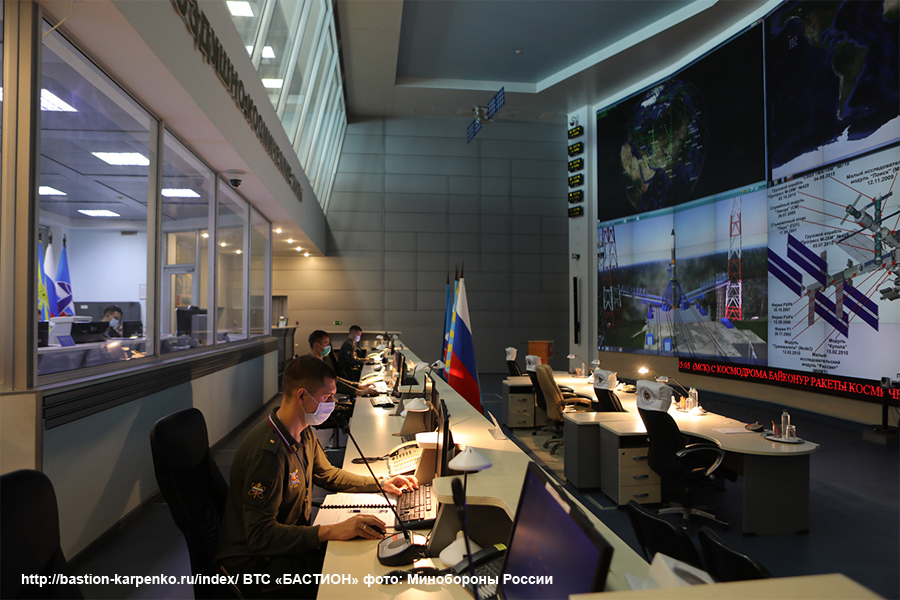 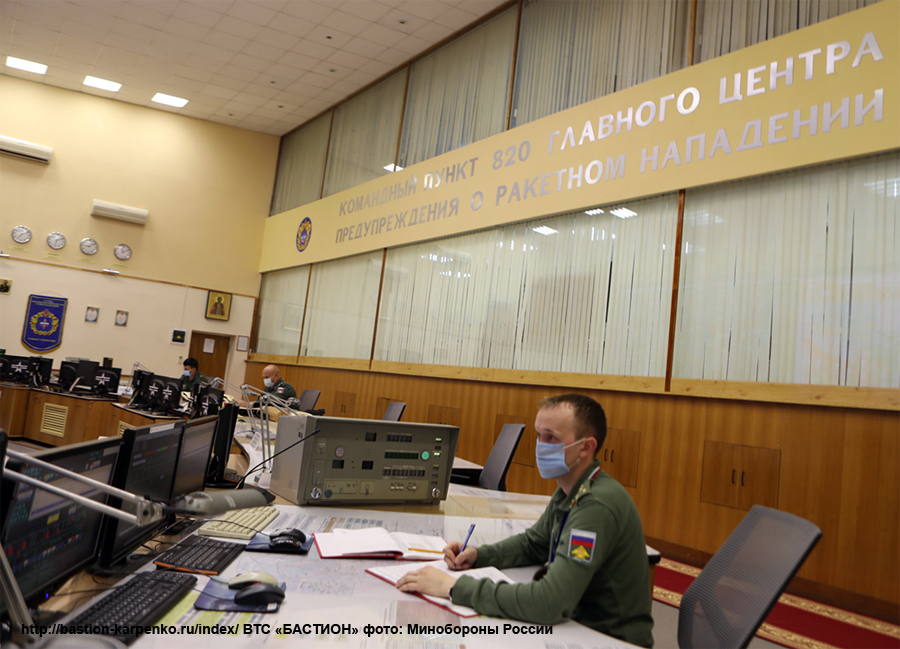 Hundreds of billions of operations per second, an updated radar station and a new rocket. In Russia, the modernization of the anti-missile defense system of the Central Industrial Region has been completed. From Sofrin near Moscow, a fully automatic system, which includes the Don-2N radar, 53T6 interceptor missiles according to the western Gazelle classification, will protect the skies over Moscow and 12 adjacent European regions of the country from a possible missile strike.

The commander of the anti-missile defense unit of the Aerospace Forces, Major General Sergei Grabchuk, said that this year in Moscow, work had been completed on the installation of a modernized command and control center of the city's anti-missile defense system. “As a result of the replacement of the existing computing system“ Elbrus-2 ”with“ Elbrus-90S ”, an increase in performance has been achieved up to almost hundreds of billions of operations per second. Power consumption will be significantly reduced - 40 times. The area of ​​equipment and equipment will be reduced by four times, ”Hrabchuk said.

In addition, according to him, the modernization of the transmitting and receiving parts of the Don-2N radar has been completed. This radar is considered the central and most complex element of the missile defense system. It solves the problems of detecting ballistic targets, tracking them, selecting, measuring coordinates and pointing anti-missiles at them against the background of a real space situation.

The first is cosmic. These are satellites that detect the launch of ballistic missiles. According to the website "Strategic Nuclear Weapons of Russia", in November 2015, the Aerospace Forces launched the first satellite of the new generation missile attack warning system "Kosmos-2510". The second spacecraft of the system, "Kosmos-2518", was launched into orbit in May 2017, the third, "Kosmos-2541", in September 2019. According to the command of the Aerospace Forces, in this structure, the system provides constant monitoring of the areas of possible launches of ballistic missiles. Although, according to experts, for this grouping must be brought to at least 10 vehicles.

The second echelon of defense is ground. It includes the Voronezh early warning stations for missile attacks. They stand around the entire perimeter of the country. The first was built in 2008 in the village of Lekhtusi near St. Petersburg. As a result, it became possible to see everything that is happening in the air and space from the coast of Morocco to Svalbard, and in distance - to the east coast of the United States. In 2009, a station was put into operation near Armavir. She monitors everything that happens from North Africa to India. A radar station in the village of Pionerskoye, Kaliningrad Region, has been put on alert. An object was commissioned in the Irkutsk region, which "breaks through" the space from China to the western coast of the United States. Several more facilities in the Orenburg and Pskov regions, near Vorkuta and Murmansk have closed their directions.

The completion of the modernization of the country's missile defense system is a landmark event. Its heart is the Don-2N radar station in Sofrina, Moscow Region. At maximum power, the radar produces a signal of 250 MW. It is able to "punch" a space of more than tens of thousands of kilometers and detect an object several centimeters in size. At the same time, it can monitor more than 100 targets and point 53T6 anti-missiles at them with high accuracy.

From the nearest American ballistic missile position to Moscow, 21 minutes of summer. Seven minutes before approaching the capital, they are discovered by Don-2N. That is exactly how much time the station has to calculate the trajectory of their flight and precisely calculate the time of meeting with the Gazelles. Due to the high speeds, there is practically no time to make a decision. Therefore, the facility operates in a fully automatic mode. People are just monitoring the health of its systems.

At the same time, the radar itself is completely autonomous. Its operation is provided by independent systems of electricity and water supply, powerful refrigeration equipment. But there is one "but". Due to the high energy intensity, the "Don" practically most of the time "sleeps" in anticipation of an alarm signal, which is sent to it by the early warning system of the "Voronezh" type, operating in a mode of low radiated power. Now, judging by the words of Sergei Grabchuk, this drawback has been overcome. The station has become 40 times more economical in terms of energy consumption, which means that it can operate in a constant combat mode.

In addition, the anti-missile defense system under the designation 53T6M was also modernized. The Ministry of Defense has shown videos of testing these products several times. Experts suggest that in the modernized version, the missile's speed exceeds 5.5 km / sec. It can withstand enormous overloads and can intercept warheads of intercontinental ballistic missiles at ranges over 100 km at altitudes from 5 to 50 km. Unlike the previous generation of interceptor missiles, the new missile can be equipped not only with a nuclear warhead, but also capable of destroying a ballistic target by directly hitting it - to perform the so-called "kinetic intercept".

Today, the organizational and space forces are part of the Aerospace Forces of the Russian Federation and perform tasks as part of the military units of the Plesetsk Cosmodrome, the 15th Army of the Aerospace Forces (Special Purpose), the Main Test Space Center named after.Herman Titov, the Main Center for Missile Attack Warning, the Main Center for Space Situation Intelligence. The training of professional officers for the Space Forces is carried out by the Military Space Academy named after A.F.Mozhaisky.

Currently, the space forces have created and are operating an effective training, launch and control of domestic spacecraft for various purposes, orbital and radar control of missile-hazardous areas, as well as providing global monitoring of the space situation.

Military personnel and civilian personnel successfully solve the tasks of using and increasing the combat capabilities of missile attack warning systems, space control, replenishment and control of the orbital grouping of information systems and military and dual-use complexes, training and training of future officers.

As part of the combat duty to ensure the control of outer space in 2021, specialists of the Main Center for the Exploration of the Space Situation of the Space Forces of the Aerospace Forces carried out more than 3,500 special works to control changes in the space situation, during which they discovered and accepted about 1,700 space objects for escort, monitored the launch into orbit of more than 1,450 spacecraft, provided forecasting and control of the termination of ballistic existence of about 270 space objects, They issued 15 warnings about dangerous approaches of space objects with spacecraft of the Russian orbital grouping.

The specialists of the Main Center for the Exploration of the Space Situation paid special attention to monitoring the composition and condition of orbital groupings of foreign space systems, as well as conducting experiments in orbits with spacecraft of foreign states.

During the current year, more than 110 launches of foreign and domestic ballistic missiles and space missiles were detected by the on-duty means of the Russian missile attack warning system, specialized means of space control and missile defense systems.

Specialists of the Main Test Space Center named after G.S. Titov provided 15 launches of space rockets from the Plesetsk, Vostochny and Baikonur cosmodromes, with the launch into orbit of 258 domestic and foreign spacecraft.

This year, the duty forces of the ground-based automated control complex of the space forces conducted more than 520 thousand sessions of spacecraft control by the Russian orbital group.

In addition, during the execution of the tasks of combat duty, the forces on duty performed over 83 thousand sessions of spacecraft control support for 93 spacecraft.

The troops are actively working on commissioning the latest models of weapons, military and special equipment. The new generation Voronezh radar stations of the missile attack warning system, created using high factory readiness technology in the Leningrad, Kaliningrad, Irkutsk, Orenburg regions, in the Altai, Krasnodar, and Krasnoyarsk Territories, are on combat duty.

Work continues on the creation of new radar stations of the missile attack warning system in the Komi Republic and the Murmansk Region.

As part of the implementation of the program for the improvement and development of the Russian space control system, the space forces continue to work on the creation of specialized ground-based space control devices of a new generation. By 2025, more than 12 new laser-optical and radio-technical complexes implementing various principles of detection and recognition of space objects are planned to be deployed on the territory of Russia. The first laser-optical complex of the new generation successfully performs the tasks of combat duty for the control of outer space on the territory of the Altai Territory.

In general, to re-equip the formations and military units of the space forces with promising weapons, about 50 experimental design and research works are currently underway to create new generation systems and complexes in the coming years.

The space forces of the Russian Aerospace Forces solve a wide range of tasks, the main of which are:

observation of space objects and identification of threats to Russia in space and from space;

providing the highest levels of management with reliable information about the detection of ballistic missile launches and missile attack warnings;

implementation of spacecraft launches, management and maintenance in the established composition and readiness for the use of military and dual (military and civilian) satellite systems and their launch facilities.

Work of the Minister of Defense of the Russian Federation at the Plesetsk cosmodrome: checking the progress of modernization