Stand off in the desert...

Hard to be sympathetic with them but Hezbollah is correct in the US is being hypocritical...

Russian SOF/SSO are now participating in battle on border with Deir Ez Zor east of Sukhna. Video show them firing ATGMs at IS targets.

This looks like a prepared fight to the death site.

JohninMK wrote:This looks like a prepared fight to the death site.

Hopefully they all strapped their paradise seeking vests on and did a Allah Akbar!
d_taddei2

And it seems that the UN has faith in SAA and kurds they expect Raqqa and Deir to be liberated by October or early October. 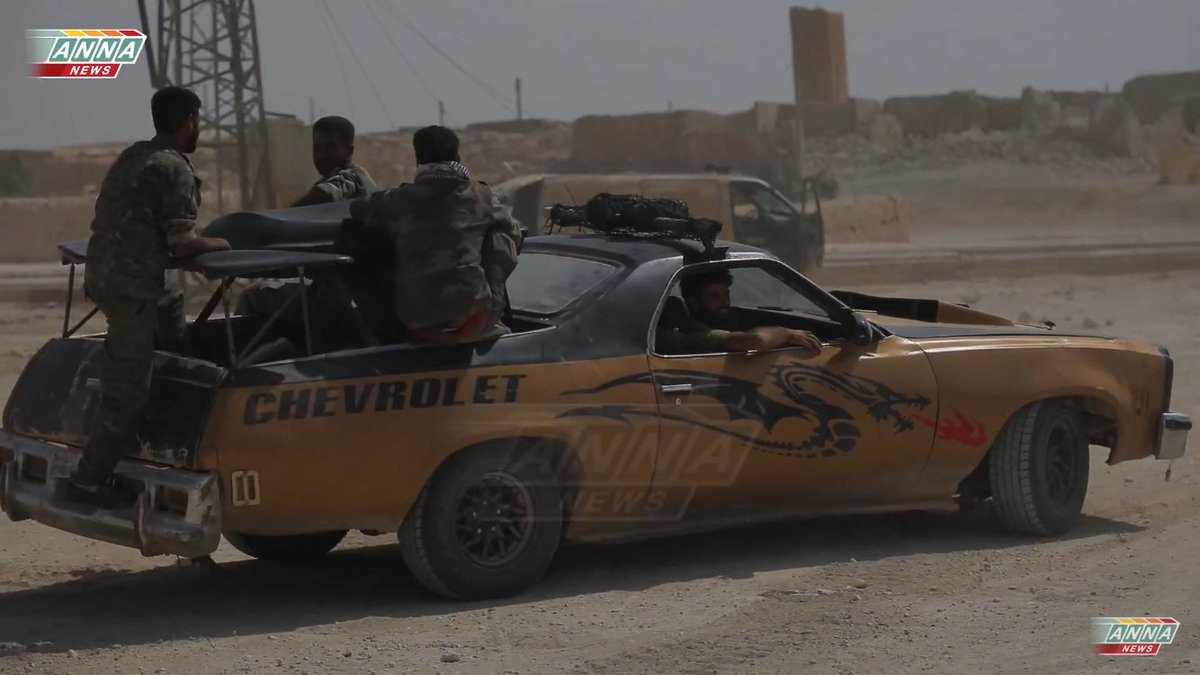 OMG, an El Camino in Syria? That is awesome! That is not Hobo level, that is Redneck level. I would imagine the driver having a mullet and wearing a wife beater shirt.
KiloGolf

closing in even further... 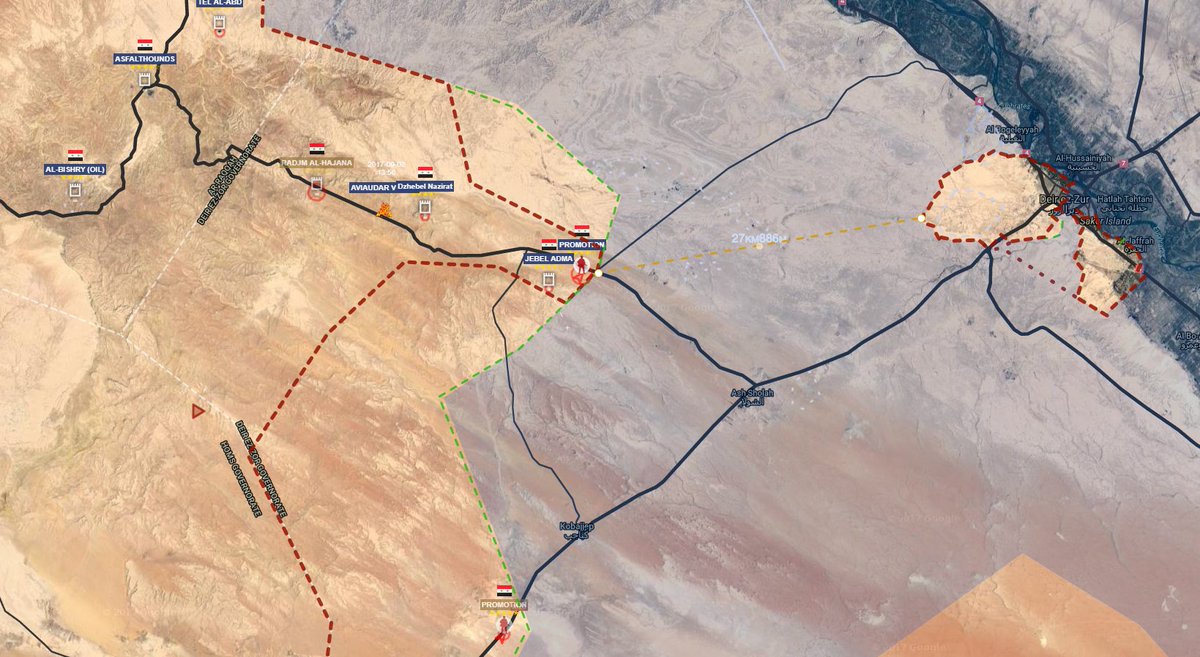 OMG, an El Camino in Syria?  That is awesome!  That is not Hobo level, that is Redneck level.  I would imagine the driver having a mullet and wearing a wife beater shirt.

Can someone please describe this "weapon" which is mounted on a tuck.
It was used by Hezbollah in Aarsal.
How effective is it?
I mean the repulsion is enormouse and let the whole vehicle shacke, can a shot be precise with it?

Maybe they will go east now. 2 more roads without any obstacles on them.

Looks like it's a mater of days. Maybe tomorrow.
KiloGolf 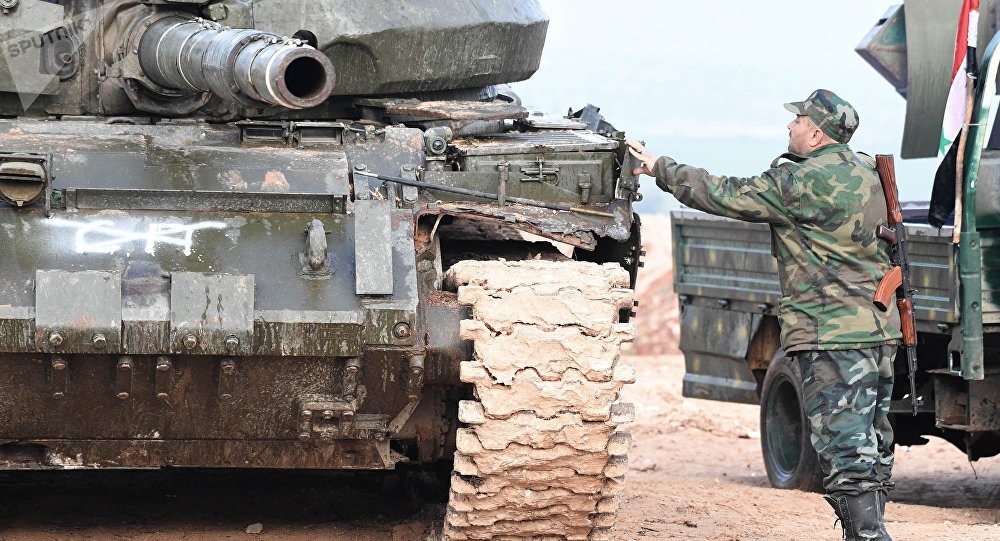 Tiger the White pushing through darkness.

They are taking the shortest route, but pushing to Sholah in the same time. 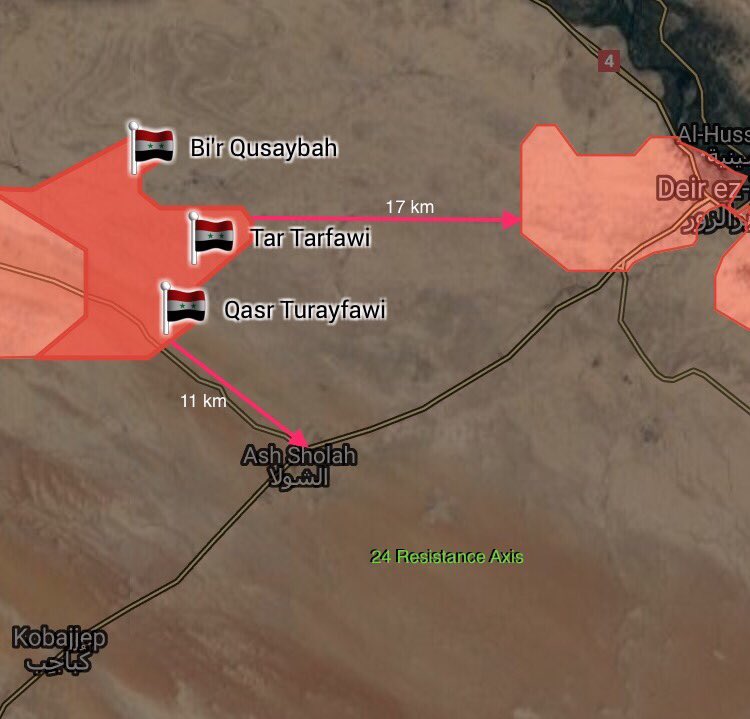 I am just not getting the sense that Daesh is offering much resistance from these developments. Russia probably broke
Daesh's back when it bombed their oil convoys. No money, no mercenary jihadis. To think that Uncle Scumbag claimed
that no effort was made to oil convoys was to save the environment. Smelliest BS ever.
KiloGolf 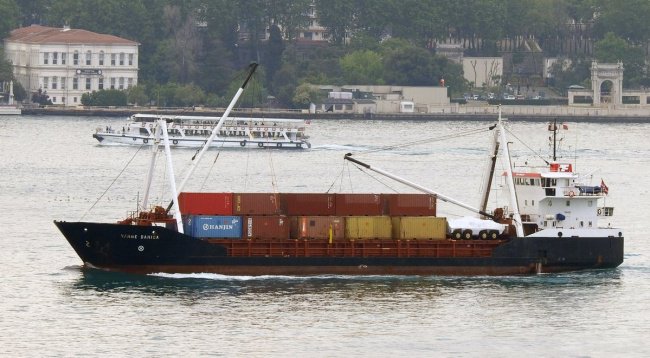 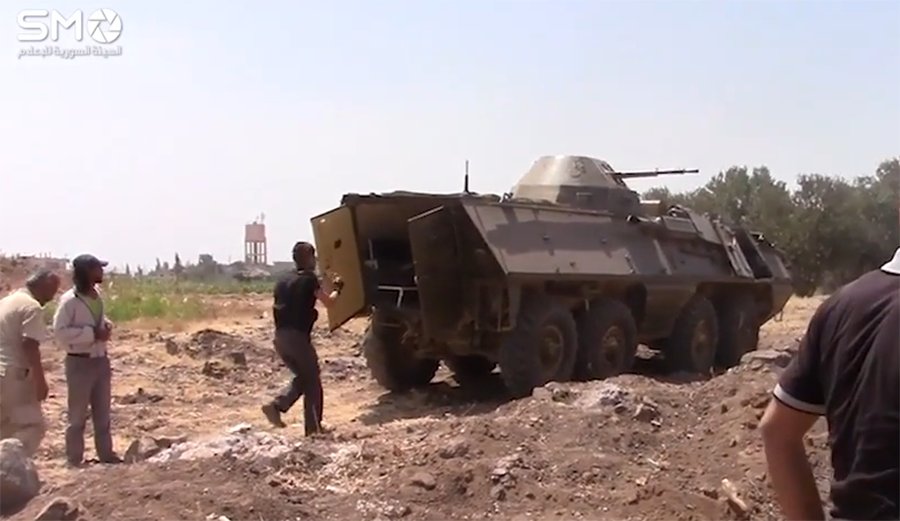 Once you have an enemy in full fallback mode it is very difficult for them to make a stand and fight particularly when you have control of the sky and it is over open countryside like a desert. If you are the army of a sovereign state and that enemy, like ISIS, is in effect a semi trained rabble with its 'good' units far away, destroyed or holding a more important position, its days are numbered.

As the besieged parts of Deir are no longer in any real peril it is going to be interesting to see if the SAA just stops there for the PR coup photos and a cup of tea and then immediately pushes on, perhaps bypassing the main ISIS positions in the town, heading NE as fast as it can to head off any SDF/US move south. Easier to keep them out of territory than to take it back later. 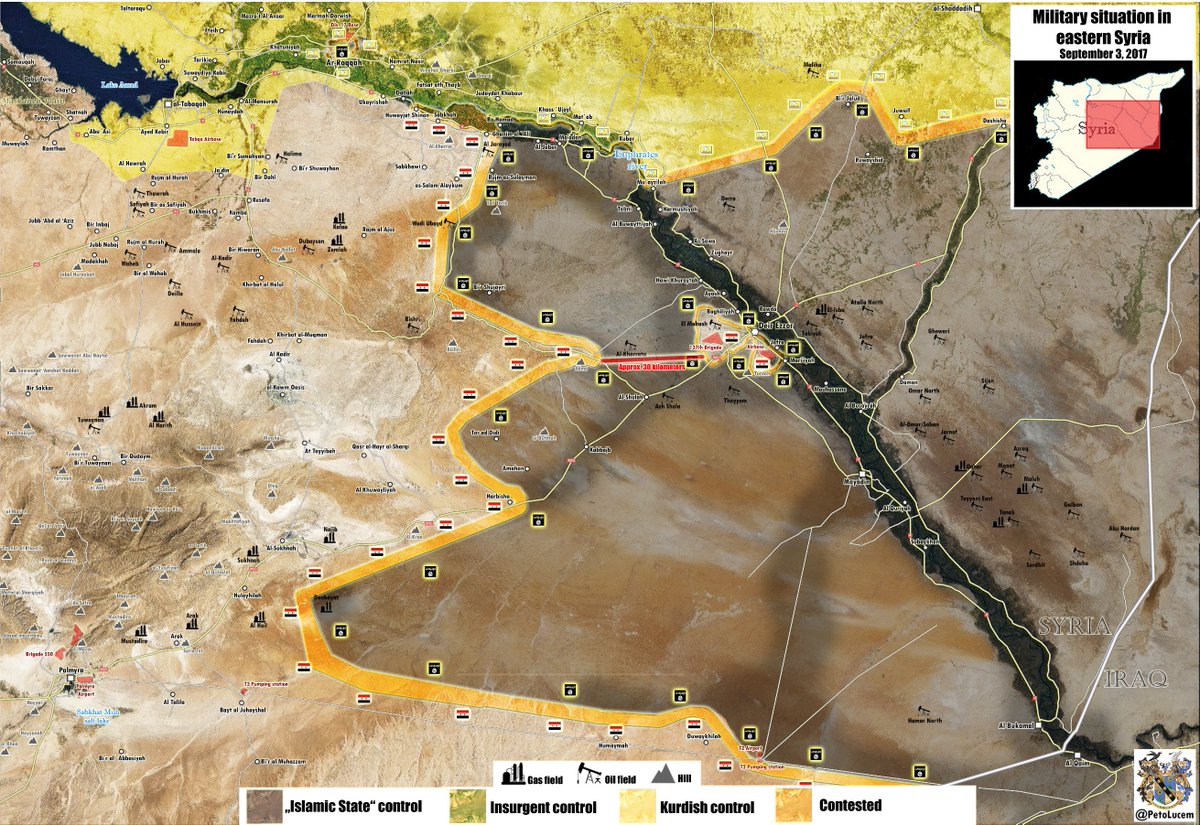 At this pace they may actually make it in a matter of 24 hours, a day or two tops. 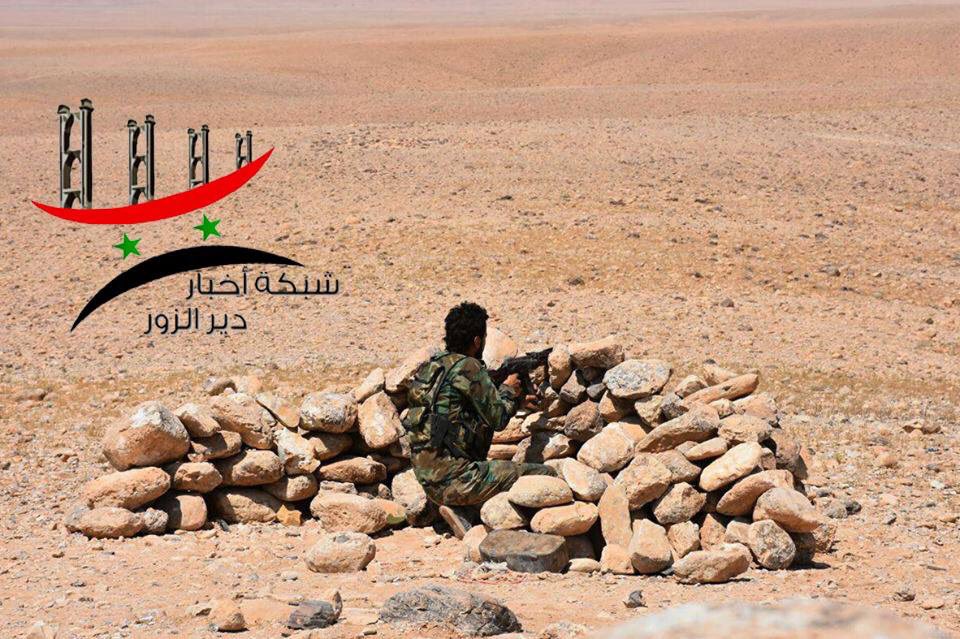 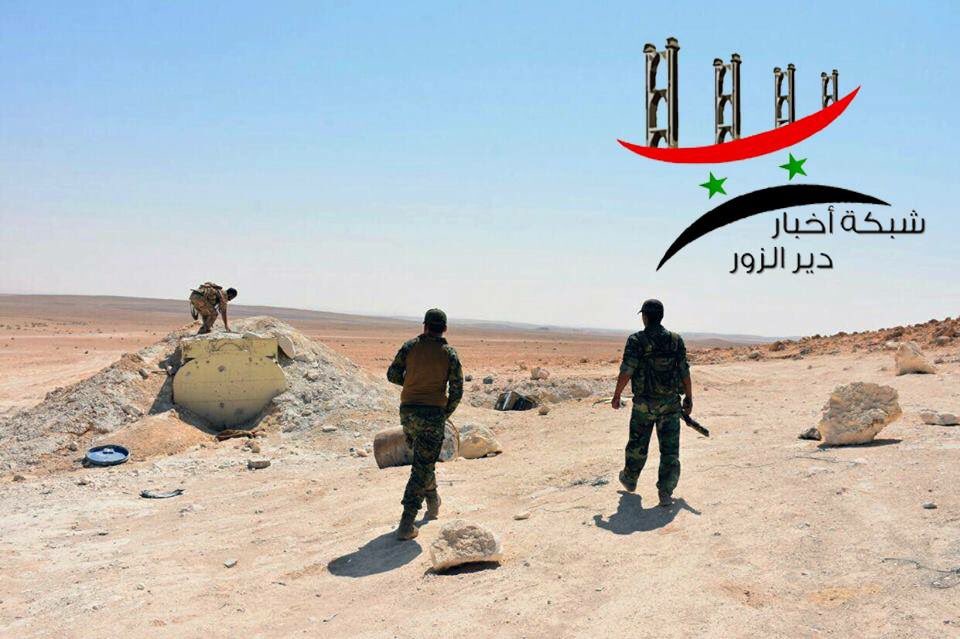 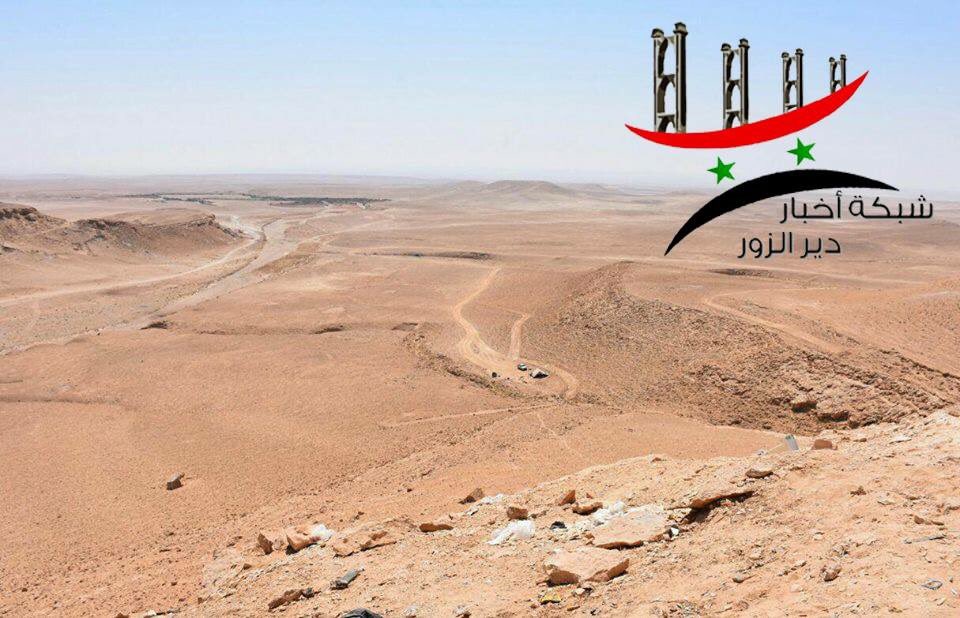 What's this? I thought the Coalition air power stayed east of the Euphrates. Maybe an invite by the Russians? If correct we don't see strikes on this scale often from the RuAF.

US said it killed 80 ISIS fighters and destroyed 40 vehicles of ISIS between south Raqqa and east Homs , Great more advance for SAA ????????????

Is this related to the ISIS coach convoy now stuck in the middle of nowhere?

Definitely, this is from Reuters

The coalition said it had contacted Russia to deliver a message to the Syrian government that it would still not let the convoy pass, and that it had offered suggestions on how to save the civilians in it from suffering.

“Food and water have been provided to the convoy,” it said, without giving further details.

The coalition has said it will not target the convoy directly while it contains civilians, but said in its statement it had struck about 85 IS fighters near the convoy.

It had also struck about 40 IS vehicles near the convoy including a tank, an artillery system, armed vehicles and transport vehicles seeking to help move the fighters in the convoy into its territory, it said.