Typhoon is supposed to have 14.5mm protection all around.

I HIGHLY doubt Vystrel provides that much. I really am not a fan of that vehicle.
GarryB

Vystrel is a BPM, or armoured patrol vehicle.

Of course the problem with armour is that anyone can come up with a solution...

Even old weapons like M72 LAW and RPG-22 would be a much more common threat to light armoured vehicles than anti armour rifles and HMGs.

Armour all your vehicles to stop 14.5mm AP ammo and I could produce a new anti material rifle that uses the 14.5mm calibre ammo but because my weapon is a dedicated anti armour weapon I will have a smoothbore barrel and will have a SLAP round specially made for the rifle... standard ammo would not be accurate enough anyway, so special sub calibre ammo with a DU projectile with stabilising fins and a hot propellent load and the armour will no longer be sufficient.

Obviously it will take a lot of money to get the new weapon into widespread service and the ammo will not be cheap either, but it really doesn't matter what level of initial protection a vehicle has because over time it will need to be increased.

In fact perhaps instead of a 14.5mm calibre barrel I could change to a 23mm calibre smooth bore barrel with a 23 x 114mm calibre weapon... the larger calibre will allow more energy so even though I will still use the same sized penetrator in a sabot I can pack more propellent and get a higher velocity and better penetration...

BTW the lighter vehicle you mentioned was the French PVP which might have the Skorpian as its competition.

In the case of the Mistral I felt that there was no proven and ready Russian alternative and that it was just quicker to buy from France.

In the case of armoured vehicles however, the Russian demands for amphibious capability should limit the usefulness of vehicles like the Centuaro, so I think that will just be as a yardstick to measure the Russian equivalents by rather than a serious contender.

AFAIK the Iveco is being purchased for non military use, specifically for Sochi 2014... which I think is kinda weird as it failed in the snow, so why buy it for a winter olympics...

To be honest I largely blame the media for running with comments obviously taken out of context, and likely largely intended to stir the MIC into action.

The Russian military didn't really start demanding MRAP type vehicles till after 2008 and there was very little funding offered to support the development of such vehicles. Just threats to buy foreign stuff.

BTW 2 I suspect the Vystrel will be a potential replacement for the BRDM-2 in FSB and MVD units but will not replace MRAP type vehicles.

The Vystrel is more of an FSB/MVD type vehicle than an Army vehicle... the Army will likely choose four and six wheel models of Boomerang-10 ultimately for replacing the BRDM-2 in light brigades.

Remember the scout vehicle in a heavy brigade will be Armata based... though a UAV might perform the actual mission it will likely be controlled from an Armata based vehicle.
medo

Vystrel is also based on standard Kamaz truck, so its production is also quite cheap. Vystrel was designed for FSB border guard units as armored patrol vehicle based on standard truck for easier maintenance. As I know Russian army also use them as recce vehicle with Zala-421-08 UAVs. The vehicle itself is maybe not that fancy, but is for sure quite useful for all MVD, FSB and Army.
medo

Bulat (Vystrel 6 x 6) is tested in Caucasus region by police and it seems it is meant for MVD units.
GarryB

Nice looking vehicle, and if it is based on a standard truck chassis it should be cheap to operate.
medo

GarryB wrote:Nice looking vehicle, and if it is based on a standard truck chassis it should be cheap to operate.

It based on standard Kamaz Mustang truck, so proper vehicle for MVD and FSB to operate and for maintenance, logistics.
TheArmenian

If one's to be picky, the 4x4 Vystrels are even more BTR-40s than BTR-152s.
Morpheus Eberhardt

That too, but I was referring to the Bulat 6X6 in the picture.

HMMWV reminds me of GAZ-69. Of course, I am not trying to belittle the GAZ-69. 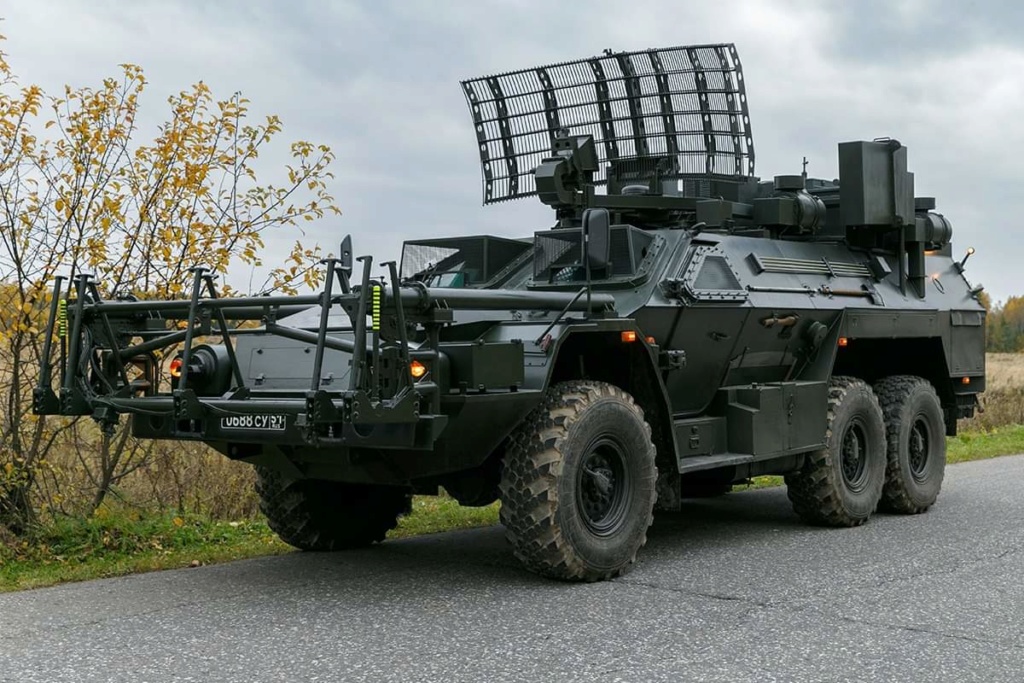 Worried about IED at the parade?

Nice to see it showcased...
magnumcromagnon

A 15М107 Listva successor - the Gvidon is being tested for the Strategic Missile Forces by the MoD’s 12th Central Scientific Research Institute. Appears to be fitted with a phased array. 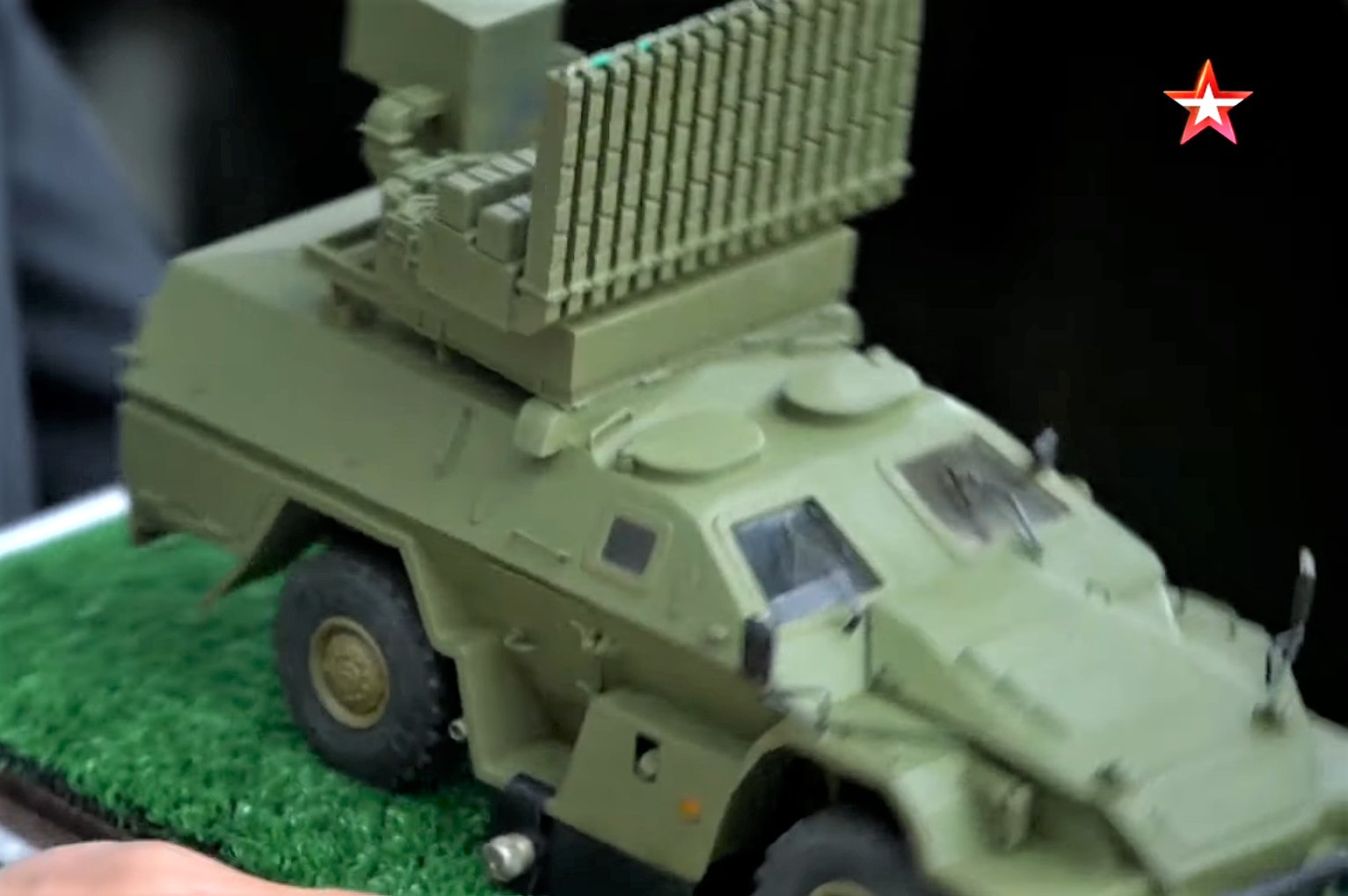 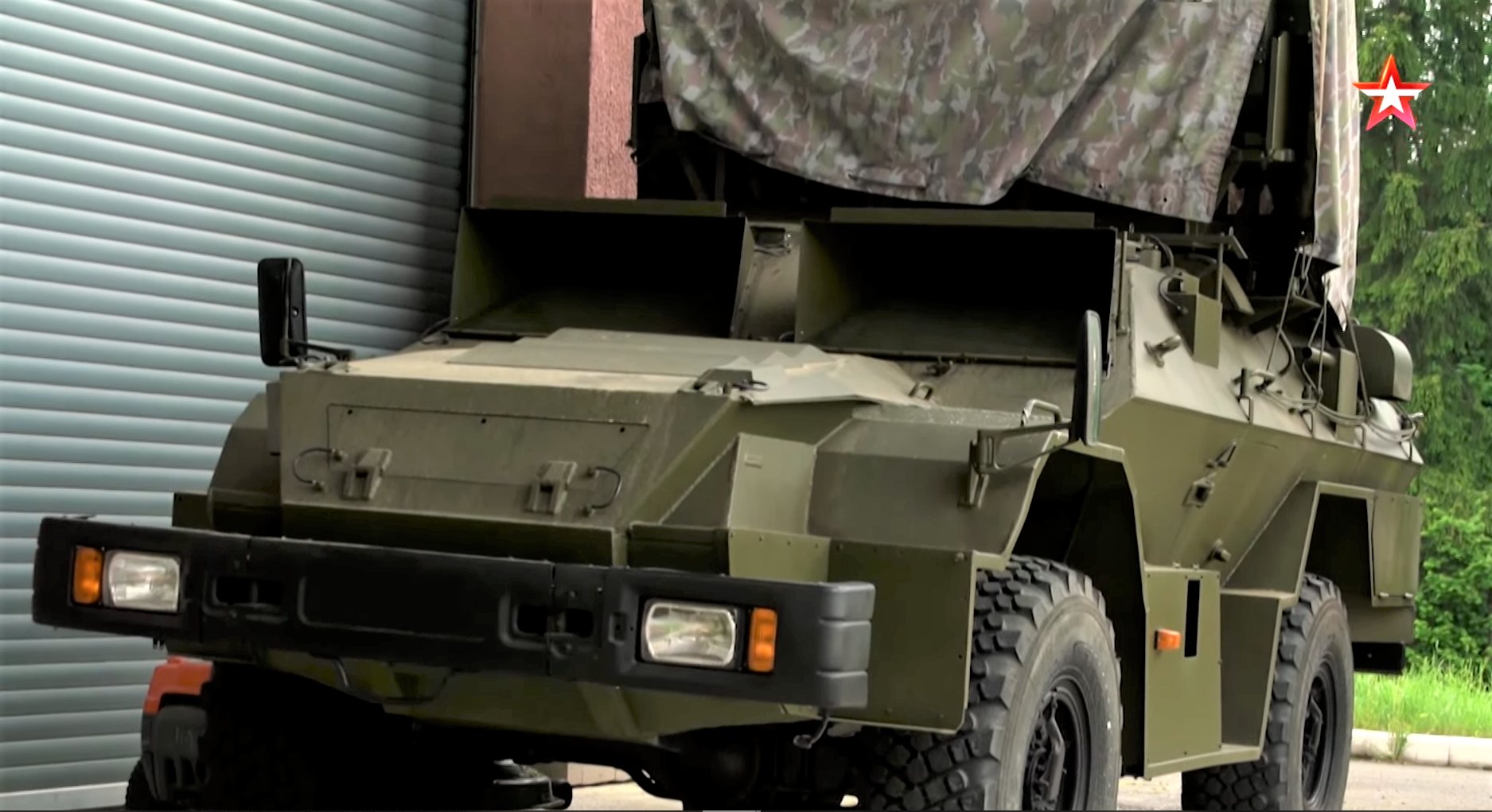 It is reported "Russian newspaper"referring to information from social networks.

The photo that appeared on the Internet shows the Vystrel armored vehicle, presumably equipped with an MB2-04 combat module. The armament of this module consists of a 2 mm 42A30 automatic cannon and 12,7 mm Kord machine guns and a 7,62 mm PKTM. It is also possible to install an AG-17 automatic grenade launcher.

To ensure the required firing accuracy on the move, an electromechanical two-plane weapon stabilizer is used. In the dark, a laser searchlight is used to aim at targets.

This armored vehicle is capable of carrying up to 9 people. On the highway, it can reach speeds of up to 90 kilometers per hour. Without refueling, it is capable of covering a maximum distance of 1,1 thousand kilometers. The mass of the KamAZ-43269 "Shot" armored car in the running order is 12 tons. 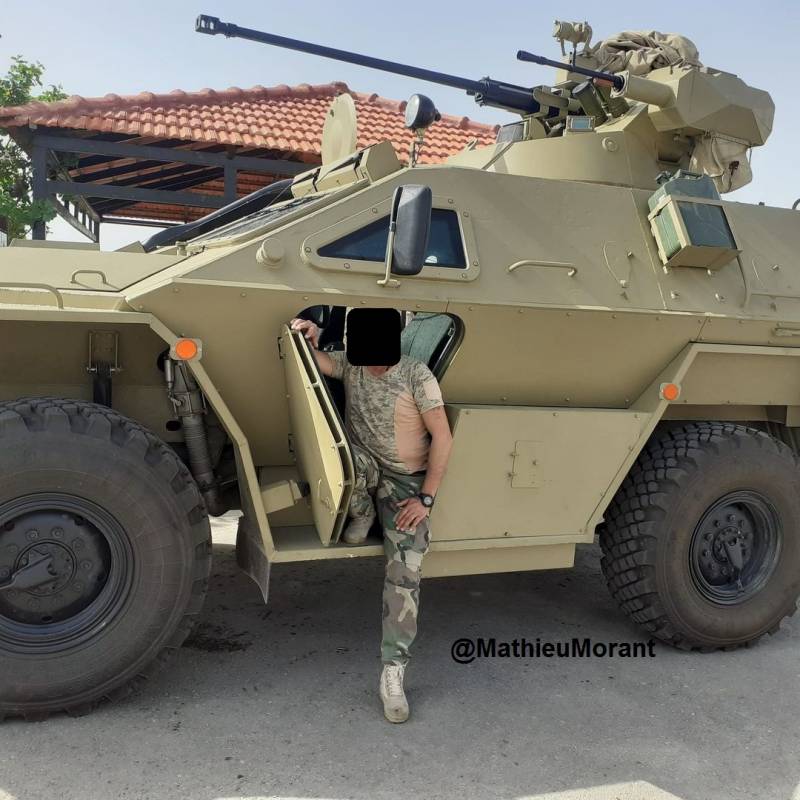