As the British media reported, BAE Systems Corporation on June 29, 2018 finalized the contract for the supply of nine Hawk AJT combat training aircraft to Qatar. The cost of the contract is not disclosed, the delivery of all aircraft must be made in 2021. 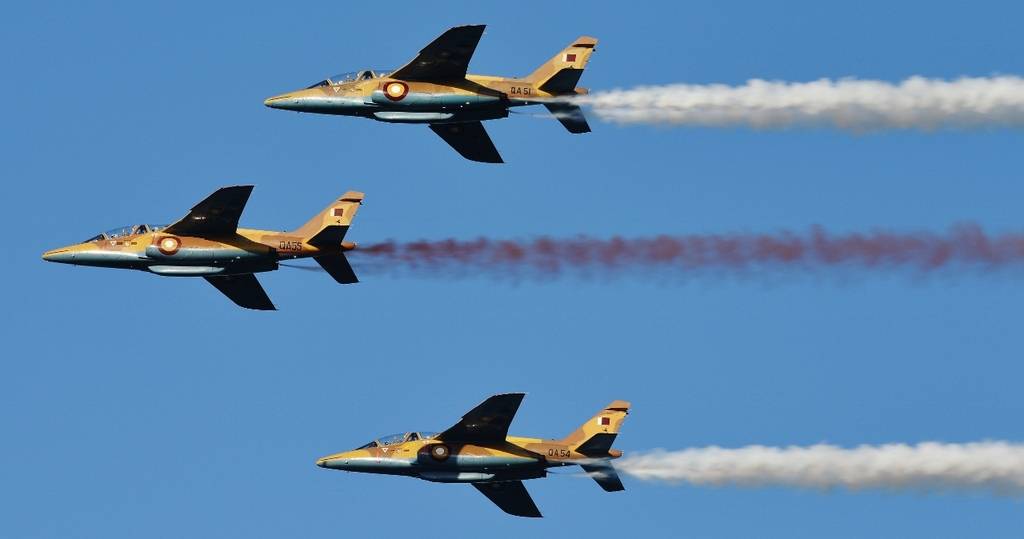 I was reading today that the deal between UK and Qatar on the purchase of 24 typhoons which included some weapons pilot training and maintenance is costing $7.6bn which works out as $316.6mn per aircraft (Inc the above) is just me that finds this pretty hideous price?

Some experts in the UK are worried that if Qatar defaults on the agreement it would cost tax payers billions. This is 25% of uk Government credit agencies portfolio.

Pilot training is not cheap, and I suspect parts and maintenance could be for 5-10 years... which can double the cost of the purchase price.

But really Qatar is like Saudi Arabia... they are basically buying western support for their actions... or at least buying the UKs silence over their culture... they can execute gays and others they don't approve of... especially those who want civil rights for the people in the region.

Remember most of the ruling royal families trace their right to rule right back to just after WWI when France and the UK divided up the region with Germany eliminated from the colonials are us group... had to redeploy the spoils and build regimes to keep them safe... put a minority in charge and their brutality to keep the masses in line. They owe their positions to the west so they will remain loyal, and the way they have treated their subjects they will never want democracy, because like Saddams Sunni Baathist party... in a general election with a Shia majority... you lose and you lose everything...

Saudi Arabia and Qatar etc are all the same.

On November 27, 2018, the United States Department of Defense Agency for Military Cooperation (DSCA) sent a notification to the US Congress about a possible sale of Qatar through the American program of intergovernmental military sales 40 Military Raytheon AIM-120C-7 AMRAAM missiles for use as an anti-aircraft missile in the NASAMS anti-aircraft missile system, purchased by Qatar directly from the manufacturer (consortium of Raytheon corporation and the Norwegian group Kongsberg) through direct commercial sales Direct Sales Sales (DCS). The sale of AIM-120C-7 missiles to Qatar is authorized by the US State Department. The estimated cost of supplying missiles is estimated at $ 215 million. 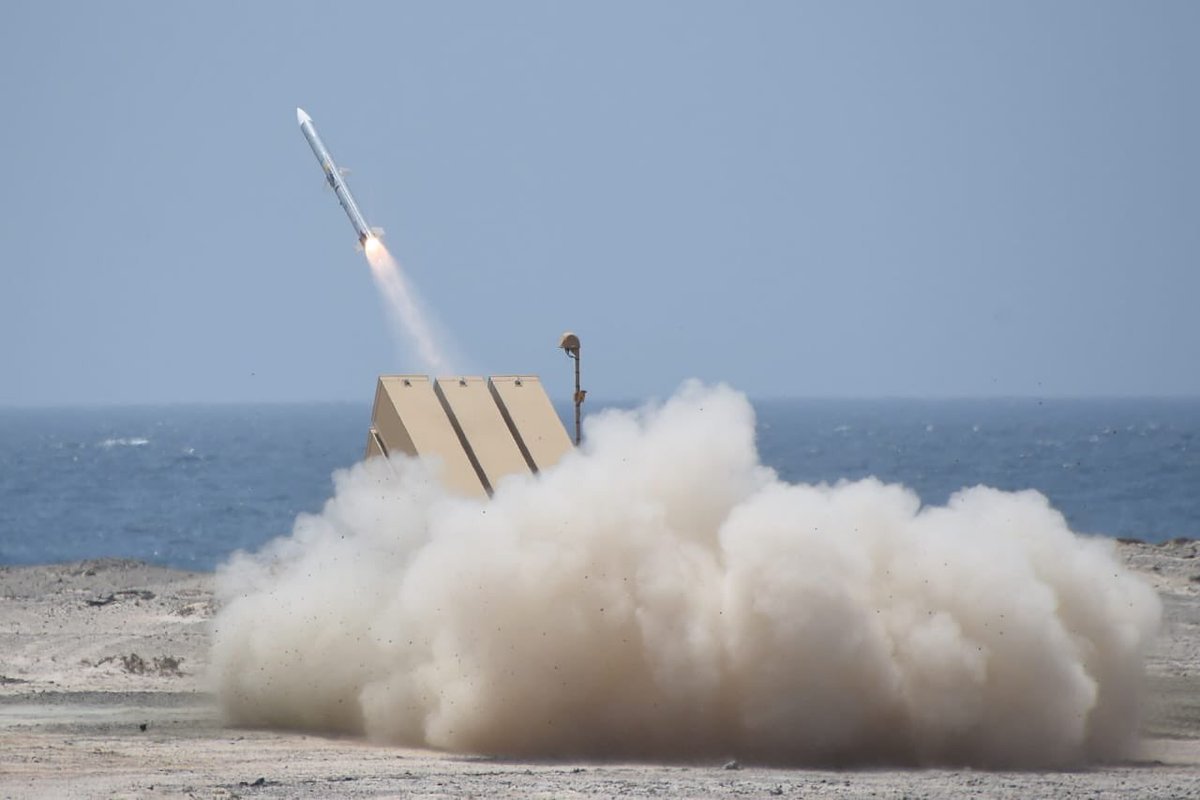 According to the notification, the delivery of the FMS will also include eight training missiles CATM-120C AMRAAM and one spare compartment for the GPS and missile guidance AIM-120C-7, as well as software, spare parts, training, etc.

From the side of bmpd, we recall that NASAMS medium-range missiles (originally the Norwegian Advanced Surface to Air Missile System, now stands for National Advanced Surface to Air Missile Systems), was jointly developed and produced by the Norwegian Kongsberg group (serving as an integrator of the AAS) and Raytheon American corporation. The system is based on a combination of AN / MPQ-64F1 Sentinel radar and the use of air-to-air missiles as missiles with an active radar homing of the AIM-120 AMRAAM family. The firing range of the system in the modern configuration of the NASAMS 2 is up to 25 km, and the altitude reach is up to 14-15 km.

Initially, the NASAMS system was created in the interests of the Norwegian Armed Forces, and is currently in service in Norway and in small quantities in the United States (where this air defense system has been used for Washington’s air defense system since 2004). The system was also acquired by the Netherlands, Spain, Chile, Finland and Oman (the latter received the system in 2018), and recently also ordered by Lithuania and Indonesia. In April 2017, the government of Australia made the decision to acquire NASAMS 2 air defense systems, and in July 2018, the government of India.

Judging by the number of AIM-120C-7 AMRAAM missiles ordered by Qatar, he purchased only one NASAMS 2 battery.

Doha-type Corvette for the Qatar Navy launched in Italy 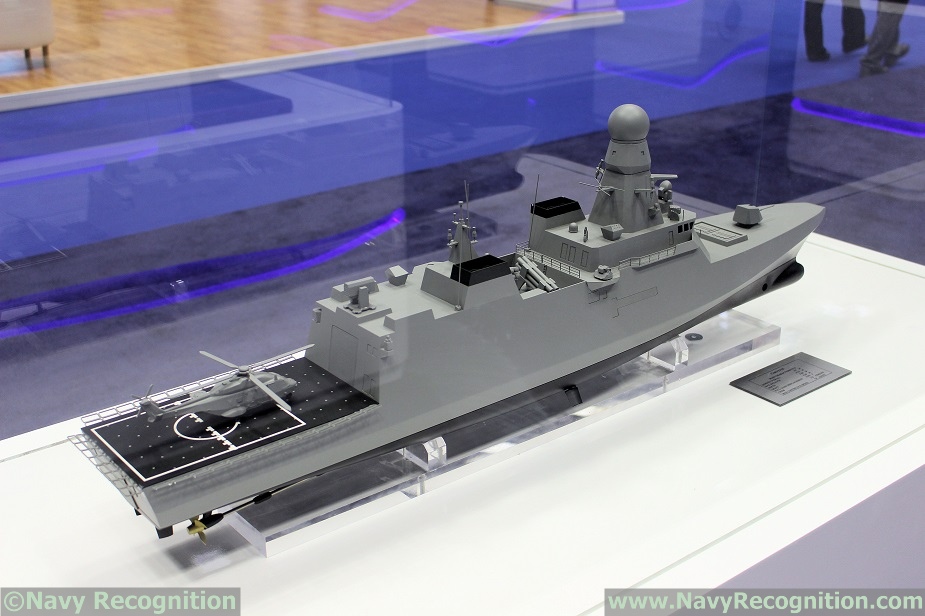 On December 18, 2018, a parade of Qatar's armed forces was held in Doha, the capital of Qatar, in honor of the National Day of this state, celebrated on the anniversary of the ascension to the throne in 1878 by Sheikh Jasim bin Muhammad Al Thani, who is considered the founder of modern Qatar. To celebrate the National Day after 18 months of breaking off relations with neighboring Saudi Arabia, the United Arab Emirates and Bahrain, the emirate chose the slogan "Qatar will remain free."

Of the new armored vehicles and weapons that were first demonstrated at the parade, we can mention the German BMP KF 41 Lynx, and the “Stugna” missiles manufactured by the Ukrainian GKKB “Luch” as part of the weapons of the combat module produced by the Turkish company ASELSAN A.Ş.

On March 15, 2019, in the Boeing Corporation plant in the suburbs of Philadelphia, in the presence of the Deputy Prime Minister and Minister of Defense of Qatar, Khaled bin Mohammed al-Attiyi, an official transfer ceremony of the first attack helicopter of the AN-64E Apache Guardian built for the armed forces of this country took place .

In 2016, Qatar concluded an intergovernmental agreement with the United States on the acquisition of 24 military helicopters Boeing AH-64E Apache Guardian at an estimated cost of about $ 2.7 billion from the US program of intergovernmental foreign military sales. The estimated cost of about $ 2.7 billion. The delivery of all 24 helicopters to the customer should be completed until May 31, 2020. 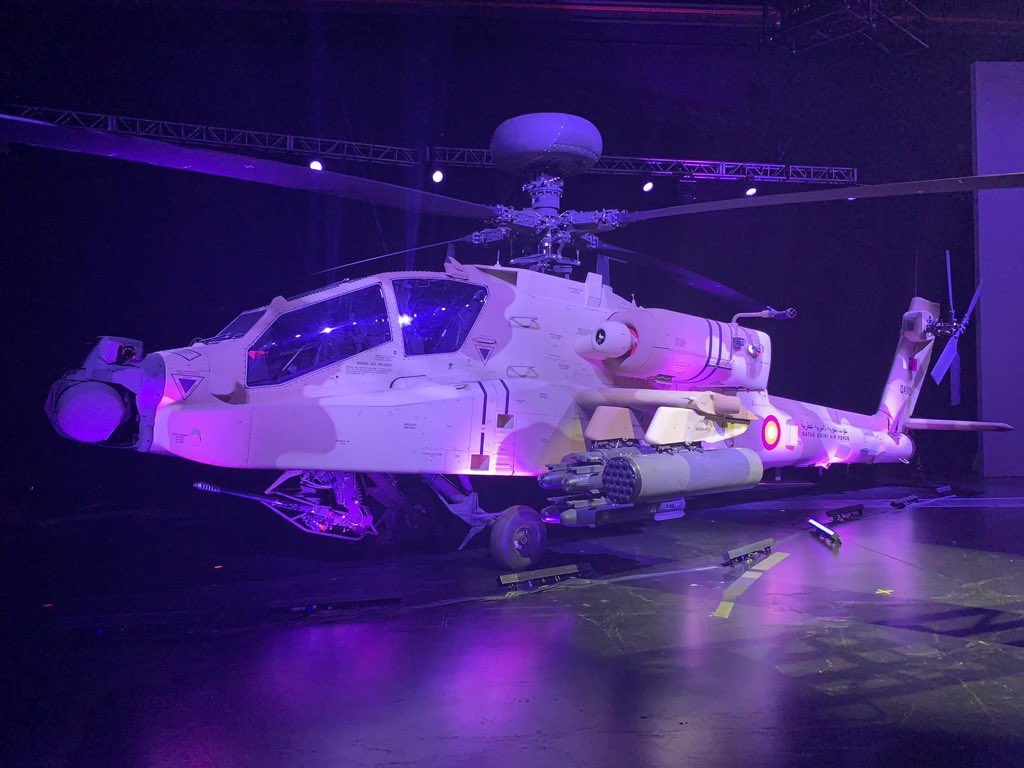 As the Qatar Ministry of Defense reported, on June 5, 2019, the first five of the 36 Dassault Rafale fighters ordered by this country in France arrived in Qatar. The first five fighters (three single Rafale EQ and three double Rafale DQ) arrived at the Tamim (Doohan) air base, newly built in Qatar, making a non-stop flight from the French Istres airbase accompanied by and leading the Air Force A330 MRTT Phenix aircraft of France (registration number F-UJCG). The Emir of Qatar, Sheikh Tamim bin Hamad Al-Thani, also took part in the Qatar Air Force launch ceremony on June 5 at the Tamim airbase.

Without buying eurocanards and boeing f15 they would have been attacked by Saudi Arabia the day the new king came to power.
ahmedfire

Isos wrote:Without buying eurocanards and boeing f15 they would have been attacked by Saudi Arabia the day the new king came to power.

No , KSA will never attack Qatar , they got a lesson from the Iraqi invasion of Kuwait but the deal done to have more US support to politically solve the problem .

Cutting the relations and closing the airfields of KSA,UAE,Bahrain and Egypt was enough to affect badly the Qatar economy .

Photos of the Boeing F/A-18F Super Hornet twin-seat fighter (serial number 169731) made its first flight on July 2, 2020, are distributed on aviation resources. The plane is not painted yet. Although, according to information from the Scramble web resource, this is the fifth Super Hornet fighter built for Kuwait, it is the first of these airplanes to be shot in the media.

In early 2018, Kuwait entered into an intergovernmental agreement with the United States to purchase 28 Super Hornet fighters through the American program of intergovernmental foreign military sales Foreign Military Sales (FMS) - 22 single-seat F / A-18Es and six double-seat F / A-18Fs. Aircraft should be related to Block III modifications; their delivery should be from January 2021 to the end of 2022. The cost of the agreement itself was not reported. In March 2018, Boeing received a U.S. Department of Defense contract of $ 1.17 billion for the actual production of these aircraft for Kuwait as part of the FMS agreement.

Earlier in November 2016, the U.S. Department of Defense Defense Cooperation Agency (DSCA) sent a notice of intent to Congress to supply Kuwait with FMS 32 32 Boeing F / A-18E fighter jets and eight F / A-18F Super twin fighter jets Hornet, as well as equipment for them (but without additional armament) and provide appropriate technical support and training. Eight sets of conformal tanks were also to be included in the supply. The estimated cost of the entire agreement was then estimated at $ 10.1 billion. However, in the end, the agreement was concluded on only 28 aircraft.

The 28 Boeing F/A-18E/F Super Hornets purchased by Kuwait are intended to replace the 32 F/A-18C/D Hornet fighters received by the Kuwaiti Air Force from 1991-1993.

Kuwait became the second and by far the last foreign customer of F/A-18E/F Super Hornet aircraft after Australia.

Recall that Kuwait also in April 2016 signed an agreement with Italy worth $ 9.2 billion to acquire 28 Eurofighter Typhoon Tranche 3 fighters (22 single and six double) from the Italian production line (Leonardo company). Their delivery should also begin in 2021.