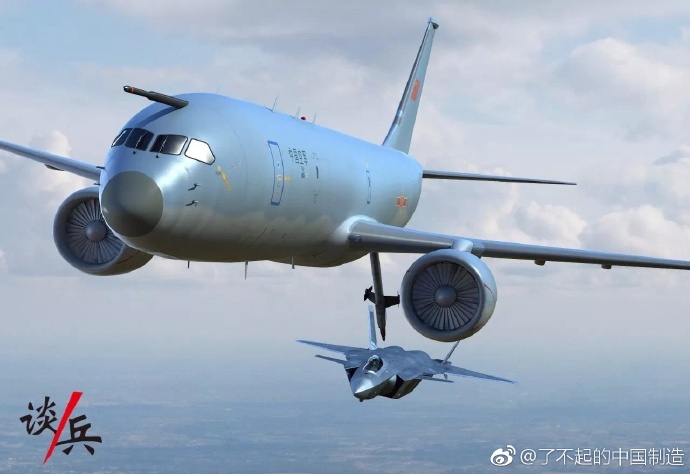 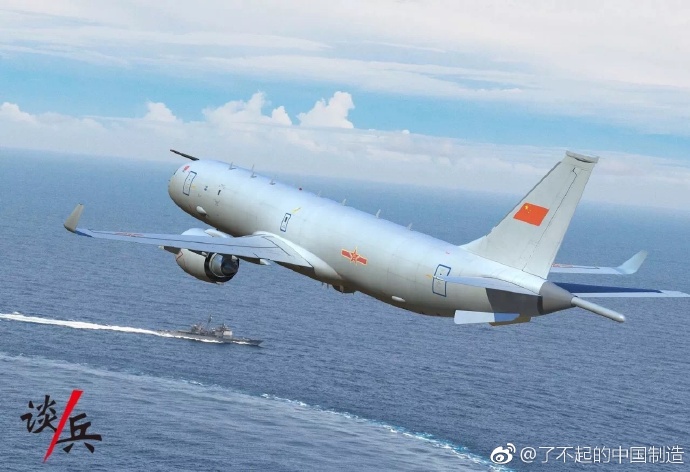 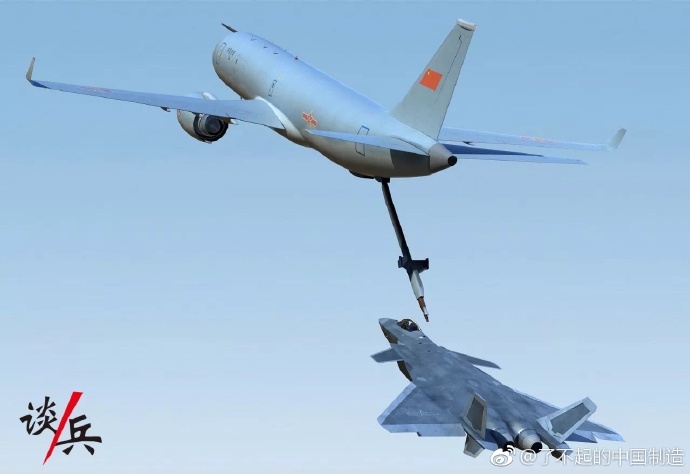 Recall that the development of the aircraft SHFDMS (CR929) is carried out by PJSC United Aircraft Corporation (UAC) in conjunction with the Chinese Corporation of Civil Aviation (COMAC). The memorandum on the joint creation of the ShKFMS was signed by the Russian and Chinese sides in April 2014. Documents on the program for the creation of a new wide-body long-haul passenger airplane were signed on June 25, 2016 as part of the official visit of President of the Russian Federation Vladimir Putin to China, including an agreement on the establishment on a partite basis of a joint venture necessary to implement the program, which is registered at the headquarters SOMAS in Pudong in Shanghai.

In September 2017, United Engine-Building Corporation JSC (part of Rostekh State Corporation) signed with AECC Commercial Aircraft Engine Co., Ltd. of China. (AECC CAE) memorandum of cooperation on the development of an engine for the aircraft SHFDMS (CR929) - presumably, based on the developed Russian engine PD-35 in the traction class of 35 tons.

The first flight of the prototype SHFDMS (CR929) is now scheduled for 2023, the beginning of deliveries - in 2026. The aircraft should be designed in three versions, the base of which will have a capacity of 280 passengers.

On the bmpd side, we note that if the SHDM (CR929) program is successfully implemented, the wide-body aircraft created within it will undoubtedly represent a great interest for the Russian Armed Forces as a large long-range aviation platform, since the piece production of any versions of the IL-96 aircraft is unlikely to last even more than a decade, and the program for the creation of an IL-96-400TZ refueling aircraft for the Russian military aviation space actually ended in failure.

Russia, China may sign contract on production of AHL helicopter in May-June

According to the information released by the partners, the machine will have a maximum takeoff weight of 38.2 tons, a service ceiling of 5,700 m, a range of 630 km and a maximum speed of 300 km. The AHL’s lifting capacity will stand at 10 tons for internal cargo carriage and at 15 tons for underslung cargo. http://tass.com/defense/1000581

I wonder, how CH-53 3 engines r connected to the transmission to rotate its 2 rotors?

You answered your own question.... the three engines power the two rotors by being connected to the transmission...
Tsavo Lion

I would easily understand if 2 engines were used to power 2 rotors. How is the 3rd engine fit in & synchronized with the other 2?

The combined power of all three engines is transmitted to both rotors via the transmission... that is what a transmission does.
Tsavo Lion

You could probably do it... or use a single engine from the Mi-26... it has something like 11.200hp, so you could replace all three engines with one engine... But I am sure they would claim there is some magical safety in having three engines instead of two or one.

The MiG-29 is criticised for having two engines instead of one for the F-16... just because the MiG is faster than the Falcon is no excuse, but having 8 engines on the B-52 is OK when these days you could replace them with 4 or even 2 more powerful engines...

I doubt they would accept Soviet engines on western aircraft anyway....
Tsavo Lion

I know, but theoretically speaking...

they were talking about developing 6,000hp engines... two of those would be interesting on a helicopter in the weight range between the Mi-38 and the Mi-26...

Most works will be carried out by a Chinese company

ZHUHAI/China/, November 6. /TASS/. Russia and China have completed talks and are ready to ink a contract on creating a heavy-lift helicopter, Director for International Cooperation and Regional Policy at Russia’s Rostec state hi-tech corporation Viktor Kladov told reporters on Tuesday.

"De facto, the negotiations have been completed. The sides are ready to sign a general contract," Kladov said, noting that this is a contract on the helicopter’s design and after it is signed, the design engineering will begin.

"This will be a Chinese helicopter. Most works will be carried out by a Chinese company, and the Chinese side has tasked Russia with developing some key angles and components," he said.

Russia and China inked the agreement on developing the AHL (Advanced Heavy Lift) helicopter in 2016. Under the agreement, Russian Helicopters and China’s Avicopter will jointly develop an advanced heavy-lift helicopter to launch its serial production in China in order to meet the demand on the Chinese market.

Russian Helicopters, a design and manufacturing company part of the Rostec state hi-tech corporation, will invest in the project in the form of technologies and design separate systems of the helicopter. Russian Prime Minister Dmitry Medvedev approved the intergovernmental agreement on the joint development of this helicopter in February 2017.

China will be responsible for implementing the program as a whole, including design, manufacturing experimental helicopter prototypes, carrying out tests, certification, preparation and serial production, and also promoting the helicopter on the market.

Regarding the engine discussion, you would never use a single engine on a big helo as twin engines offer more safety.

Having three engines could sound like it makes it even safer, but you really only do that if your engines are not powerful enough.

Having three engines running two main rotors means that even if one engine fails the other two engines should be able to power the helo long enough to make it to a safe place to land.

Equally on a twin engined helo if one engine fails the remaining engine can normally operate in a high power emergency mode to get the aircraft to safety at most weights except MTOW.

Of course the engine fails as you take off then you are not going anywhere anyway... if it happens after an hour or so of flight then you will be below your MTOW because of all the fuel already burned and perhaps that you are not operating with max weight on board.

The thing is that an engine can fail for a lot of reasons, so having two engines there is a good thing... but if it is battle damage that takes out the engine then often that same battle damage will take out both engines, so multi engines wont save you.

For instance a Stinger hit to a Hind will likely take out both engines so twin engine safety is not so useful...

Of course with the Su-25 where an armoured plate was placed between the two engines means a hit from a stinger can be survived because it damages one engine but no both...

With widely separated engines on an attack helo you might get away with surviving a hit.... but if the transmission is damaged or rotor blades are blown off then armour wont help either.

Why wasting money to develop something that already exist, mi-26?
flamming_python

Russia should participate in as many R&D programs as possible on others' dime.
Tsavo Lion

This BM EWS will also aid the Russian BMD- they'll share data & will be able to stop BMs from coming across China to strike Russia:
Hole

Russia should participate in as many R&D programs as possible on others' dime.

This is a revival of the Mi-46 project from the beginning of the 90´s. The russian military wanted a heli that is smaller then the Mi-26 because that baby is to big and heavy (= to expensive) for some transport missions.
Tsavo Lion

In 1980, after the removal of the Mi-6 from production, these machines had been gradually decreasing in service. They were replaced in squadrons and detachments of the Air Force more powerful new Mi-26. However, when using the Mi-26 in the national economy revealed that the use of this heavy truck in operations was less profitable than its predecessor, as loads, calculated mainly on the MI-6, had a weight of 9-10 tons. Thus, in the fleet of helicopters civil aviation formed a gap, which could fill the new helicopter carrying capacity of 10-12 tons.
https://www.globalsecurity.org/military/world/russia/mi-46.htm

The Mil Mi-46 is a projected passenger/cargo/flying crane aircraft first announced in 1992. The aircraft was split into two versions: Mi-46T and Mi-46K. The Mi-46T was the passenger/cargo transport version, just half the weight of the Mi-26, fit to replace the aging Mi-6. The Mi-46K was the flying crane version fit to replace the Mi-10K.
https://en.wikipedia.org/wiki/Mil_Mi-46

I wonder, why it was delayed?
Tsavo Lion

Russia & PRC still don't have heavy rockets to reach the Moon, but their cooperation thre has mil. implications: Battle for the Moon. How superpowers want to colonize Earth's satellite and why they need it