Just like how they said they only need to purchase F-35 fighter aircraft...only to start buying F-15's again; now after saying for many years that Abrams MBT's don't need reactive armor tiles on their turrets, and saying that Depleted Uranium slabs is all they needed....they're now starting to add reactive armor tiles to turrets lol!

Lower front hull is less protected and would benefit more of ERA.

Is it old M1 or M1A2 ? Older ones are easy to penetrate for new anti tank weapons.
lyle6

Well its either that or the retard thick CATTB turret. Good sense prevailed this time though I imagine the Russians, being the undisputed masters of ERA shouldn't have much issue designing APFSDS projectiles that can bypass whatever ERA (most likely purloined from the Ukrainians in the first place) that is.
JohninMK

Do those small blocks on the turret look like an alternative to the single slab on the turret in the photo of the M1A2C (M1A2SEPv3) Abrams on the previous page?

The side protection could be the same for both.
magnumcromagnon

THE GROWING MASS OF ABRAMS IS A NIGHTMARE FOR AMERICAN LOGISTICIANS 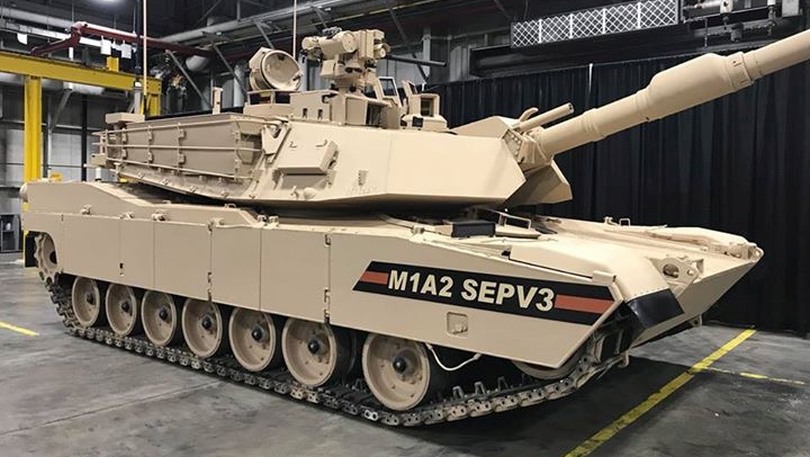 The latest report on the modernization programs implemented in 2020 by the US Department of Defense discloses the progress of the M1 Abrams upgrade to the M1A2 SEP v3 standard . The main problem addressed in this passage is (apart from the CROWS-LP problems) the mass of the newest Abrams. It is supposed to be too high for the capacity of the US Army's engineering and pontoon park. The report was prepared under the guidance of the former director of military equipment research and verification, Robert F. Behler.

The M1A2 SEP v3, already in its basic combat configuration (with an active vehicle defense system and reactive armor), is too heavy to carry out a technical evacuation by the M88A3 HERCULES technical support vehicles that are just being introduced into service , which, according to the assumptions, were to be compatible with these tanks. On the other hand, another engineering vehicle currently being deployed into service - the M1074 Joint Assault Bridge - is currently not suitable for crossing M1A2 SEP v3 tanks equipped with any additional equipment.

Moreover, at the moment there is no assumption that NATO-wide design is to design an accompanying or pontoon bridge that would be capable of transporting such a heavy tank (fully equipped) across European rivers.

Although the M1A2 SEP v3 weighs only 66 tons, which is comparable to the latest German Leopard 2A7Vs , this weight does not take into account the presence of the Trophy-HV active vehicle protection system implemented in American tanks. The manufacturer's declared weight of the system is 820 kilograms, but it was originally designed to be mounted on the Israeli Merkava siman 4 tanks . So the Mekrawas had already reserved space for him. 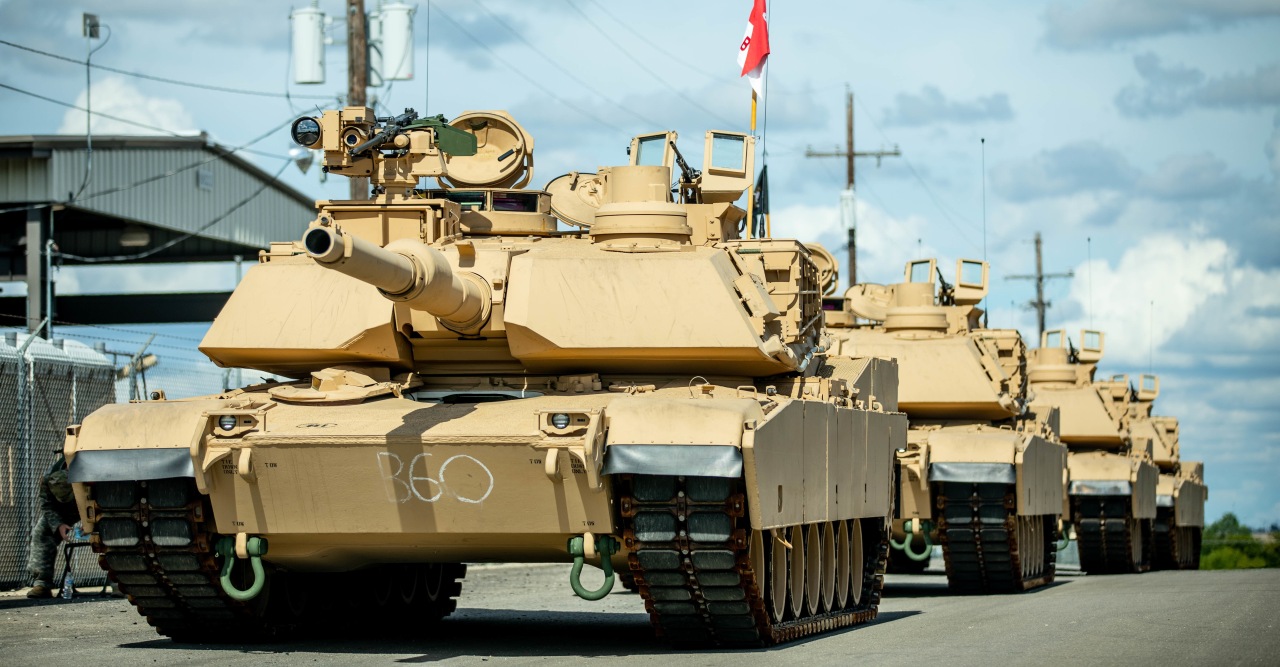 In the case of the Abrams, however, this space was lacking, which means that the installation of additional shelves on the sides of the turret for the protection system increases its weight up to about 2,300 kilograms, causing a shift in the center of gravity of the turret itself. In the case of the M1A2 SEP v3, such an increase in weight is not expected to be a problem due to the changes made to the turret design - the Trophy tests on this tank will take place only this year - but the older M1A2 SEP v2 already requires adding additional armor weighing around 1600 kg to the front tower to balance the center of gravity.

The first effects of these complications were already present when the M1A2 SEP v2 tanks equipped with the Trophy-HV first arrived in Europe. These tanks were delivered to Poland using low-loader kits, and not via rail, as was the case with the standard M1A2 SEP v2 so far. Tanks with additional equipment were too heavy for the railways.

Attempting to send in their place tanks in the SEP v3 version may therefore end up with even greater complications for logisticians. As we already mentioned in the article Dream about the iron wolf. What can the new Polish Main Battle Tank look like? , the national infrastructure is adjusted or verified for vehicles not exceeding 60-63 tonnes.

In the case of the M1A2 SEP v3, with the heaviest equipment configurations (ASOP + reactive armor + minesweep), it is up to 84 tons. This is beyond the design capacity of 16% of bridges built after 1985 and as much as 39% of bridges built before this year that would still be useful for the base M1A2 SEP v2. However, when using low-loader sets for transport over longer distances, the weight ranges from 109 to as much as 122 tons when transporting tanks in standard configurations (with additional reactive armor).

These problems put in a difficult situation the next planned modernization of M1 tanks - this time to the SEP v4 standard. There were rumors about replacing the existing, over twenty-ton towers in favor of a lighter structure with a reduced profile, but this option was rejected in this modernization.

At the moment, the only thing that is certain is the planned replacement of the existing thermal imaging devices for the third generation optoelectronics (which, incidentally, we have been implementing since the beginning of the last decade for our own combat vehicles as their standard equipment) and the adaptation of the fire control system - which in the meantime will be supplemented with meteorological devices - to using a new high-explosive shell equipped with a programmable fuse. The assumptions for this modernization itself are to be adopted in the next quarter.

A weight of 84 tons is a total fail for tank design. The T-14 comes in at under 50 tons. The T-14 is superior to any variant of the M1 including
in terms of projectile energy and survivability. As with their total lack of supersonic and hypersonic missiles the US is only prepared to fight 3rd
world pushover targets. But they are terminally deluded with the notion that they can cake walk over anybody.

The US is going to fight Russia to the last Pole. They don't need tanks that can get there when they don't plan on fighting themselves anyways.

I hope those data are not real, do they plan to rent some Antonovs to airlift those things?

I remember in the mid 1990s there were lots of complaints about the weight of the Abrams and how not every enemy is going to wait 6 months while they ship enough Abrams tanks over for a decent fight.

They played around with all sorts of designs with square barrels that were supposed to be all stealthy, but the final design was about 45 tons and looked like a squashed Abrams with three crew and an autoloader... essentially what they realised they wanted was a T-90... but all square and boxy like an Abrams...

AFAIK they never actually made anything but there were lots of proposed light tanks too to replace the Sheridan with all sorts of different levels of weight and protection option with the lightest being vulnerable to HMG fire and the heaviest being about Bradley levels of protection.
PapaDragon

LMFS wrote:I hope those data are not real, do they plan to rent some Antonovs to airlift those things?

Volga Dnepr would do it pro bono just for the lolz

VolgaDnepr could bring Sputnik V to them so the planes aren´t empty on the first leg of the travel.

Are they building a Maus?