According to ITAR-Tass director general of JSC Vladimir Alexandrov, the submarine of Project 636 will be replaced and prevention systems, mechanisms, establish new types of weapons.

Submarine Kilo "Project 636, designed in the CDB for Marine Engineering" Rubin "is considered one of the most low-noise in the world. It is equipped with four missiles, 18 torpedoes and 24 mines. The crew of the ship - 52 people. The submarine can dive to a depth of 300 m and move in a submerged position with a speed of 37 km / h. "Kilo" is designed to destroy submarines and surface ships, protect naval bases and communications, reconnaissance.

Currently, the company completed the construction of two submarine export Kilo class. Under the contract signed by Rosoboronexport, one of them will be transferred to customers in 2009, another - in 2010

Nice move while Lada is away, but have you any information about when will all those Oscars be modernized.
Russian Patriot

MOSCOW, November 23 (RIA Novosti) - A Russian diesel-electric submarine from the Black Sea Fleet is being towed to the port of Novorossiisk after suffering an engine malfunction during sea drills, a Black Sea Fleet official said.

The Alrosa, a Kilo class diesel submarine, was on a training exercise in the Black Sea on Saturday when it reportedly experienced some problems with its jet propulsion system.

"The submarine is being towed in a surfaced position to the port of Novorossiisk. Its arrival is expected on Monday. Experts will establish the cause of the malfunction there," the source said.

A Russian Navy spokesman earlier said the situation on the submarine was under control and there was no danger to the crew.

He also said the submarine would continue the drills after the problem is fixed.

Alrosa, commissioned in 1990, is the only submarine in active service with the Black Sea Fleet. It is based at a Russian naval base in Sevastopol on Ukraine's Crimean Peninsula.

An Article on Kilo
George1

The sub arrived at Zvezdochka in 2000 and had been staying at the yard's quay and on slipways for almost 10 years pending repairs. Due to lack of financing, works on Kaluga were postponed for ten years. Full-scale repair started only in 2010.

After launching, the sub will be outfitted afloat. Mooring trials will start in June; in the fall of 2012, SSK Kaluga will take the sea to pass shipyard's trials.

Late in 2012 the submarine will be handed over to the Navy and be in service for 10 years.

Good news, the Kaluga submarine, which has been in repair and overhaul for many years, is ready to rejoin the fleet.
TheArmenian

Hull of Third Project 6363 (Improved Kilo) class submarine is going to be laid down at Admiralsky Werf shipyard soon.

No news about armament - Klub system?


Submarine B-800 "Kaluga", built in 1989, has received an experimental propeller of a special alloy "Aurora", which has 7 blades is L-shaped. Also on the boat was equipped with escape hatch, allowing evacuated from the submarine from a depth of 250 meters. Equipment BC-5 was reviewed, and the main propulsion motor and drive economic progress were more low rpm, and therefore quieter than two head boats Project B-401 and B-402. On the boat had the optional navigational equipment. As a result of upgrades were somewhat cramped living conditions on the boat.

Yes she is getting Kalibr compatibility.
Viktor

TR1 wrote:Yes she is getting Kalibr compatibility.

Excellent. Those little subs will become real killers with those missiles and will gain ability to strike surface targets as well.

Kaluga back in service after factory trials!

Submarine arrived @ Zvezdochka back in 2002, but it took 8 years for money to arrive for repairs. It was under the knife for 2 years, and in 2012 went back to sea.
The service life of the boat has been extended by 10 years.
Modernizations include an entirely new Combat Command System ( BIUS in Russian ), new control interface, and other small new things.
This is the first 887 repaired and modernized by Zvezdochka, and in 2014 they will receive the Yaroslavl for repairs (they got a control for all of the North Fleets diesel boats) .
Viktor

Kaluga back in service after factory trials! 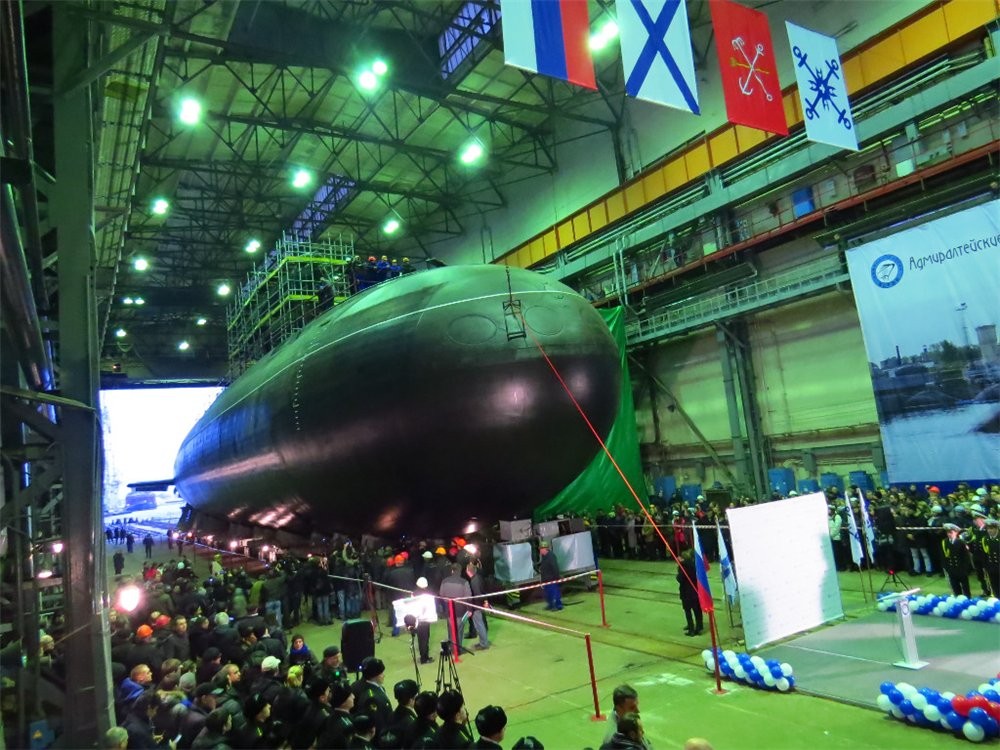 Full photo report on the launch.

Full photo report on the launch.

Btw, am I the only one who thinks Karpenko's site layout is hilarious? He posts huge high res photo-reports about all sorts of interesting stuff, and the website he places them on looks like it was made in 1999.
Cyberspec

The Russian Black Sea Fleet will receive Six submarines  as a part of the 636.3 Project until 2016.

Three submarines will be available to sailors this year.

Second Russian project 636.3 (Rostov-on-Don) to be launched in May 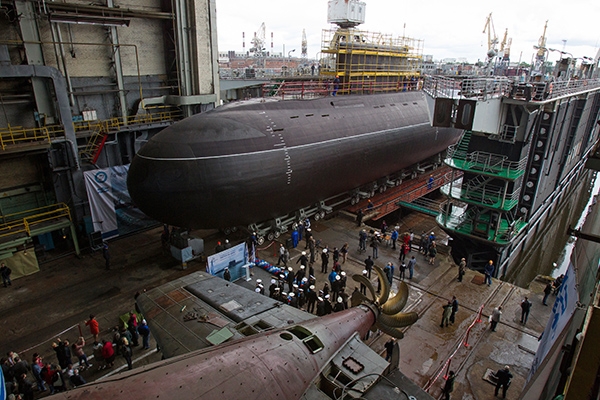 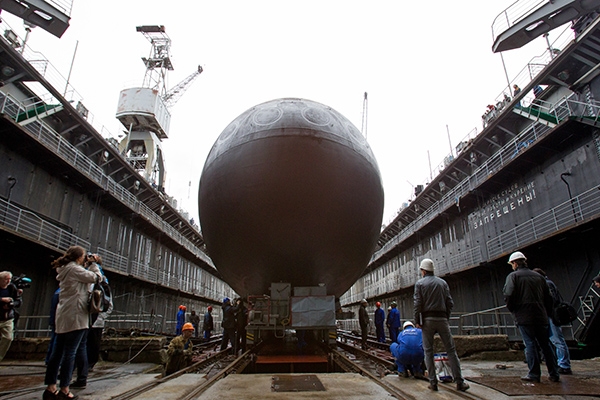 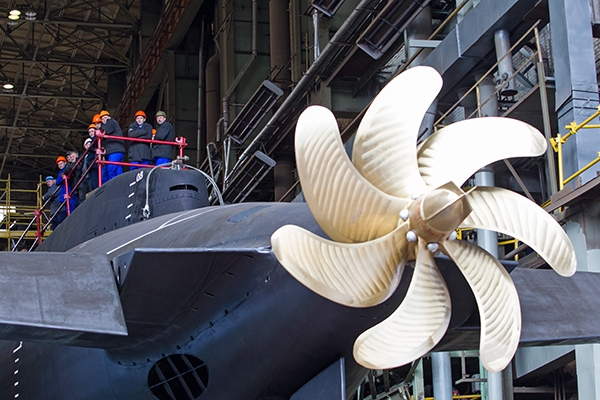 Great!!! The Black Sea Fleet needs these ASAP, and they are delivering!
Viktor