New GEO early warning satellite is said not to be ready


Interfax quotes an industry source as saying that the new-generation geostationary early-warning satellite will not be ready for launch in 2016. According to the report, the satellite is still in production and the manufacturers (RKK Energiya is the lead contractor) are awaiting results of the tests of the first satellite of the EKS system. The satellite, Cosmos-2510, was launched into highly-elliptical orbit in November 2015. According to the Interfax source, two HEO satellites have been manufactured so far, one of them is in orbit.

The Interfax report appeared shortly after other reports suggested that the new early-warning satellite will be launched by a heavy Angara-A5 launcher by the end of 2016. The launcher made its maiden flight (with a satellite mockup) in November 2015. The 2016 Angara-A5 launch would probably still take place, but with a different satellite, Angola's Angosat. The GEO EKS launch, which will probably use Angara-A5 as well, appears to be moved to at least 2017.
Austin


Moscow. 20th of December. Interfax-AVN - About 10 new spacecraft plans to launch video conferencing Russian Federation up to 2020 within the framework of improving the missile warning system, the chief of the General Staff - First Deputy Commander of the Russian Aerospace Forces, Lieutenant-General Paul Kurachenko.

"To improve the warning system (EWS) is planned to build five high prefabrication radar until 2020" Voronezh ", and the commissioning of about 10 new spacecraft single space launch detection systems and command and control," - he said Tuesday on scientific and technical conference in Moscow.

Launch of the second satellite of the EKS early-warning system

On May 25, 2017 at 09:33:41 MSK (06:33:41 UTC), the Air and Space Forces successfully launched a Soyuz-2.1b launcher from the launch pad No. 4 of the launch complex No. 43 of the Plesetsk site. Press reports quote official statement as saying the launcher carried "a new-generation satellite for the ministry of defense." The satellite is being delivered to the orbit by a Fregat-M booster. (More photos of the launch.)

The satellite is the second "Tundra" spacecraft of the new early-warning system, known as EKS. The system is expected to include satellites in Molniya-type highly-elliptical orbit as well as geostationary satellites. It will probably be designated Cosmos-2518. The first satellite of the system, Cosmos-2510, was launched into an HEO orbit in November 2015. Cosmos-2518 appears to be an HEO satellite as well--it was reported that the industry delivered the first two HEO satellites in October 2015 and that there was a delay with the first GEO spacecraft.

Satellites of the EKS system are the only early-warning satellites that are currently in service. The old US-KS/US-KMO system ended operations in 2014. A working early-warning constellation would probably include about ten satellites on HEO as well as several GEO satellites. The new armament program appears to call for ten new satellite launches by 2020. It is difficult to see, however, how this plan can materialize. It should be noted, though, that Russia does not depend on the space tier of its early-warning system to the extent the United States does, so the lack of coverage by satellite does not necessarily increase the risk of miscalculation.

Guys can any one translate this 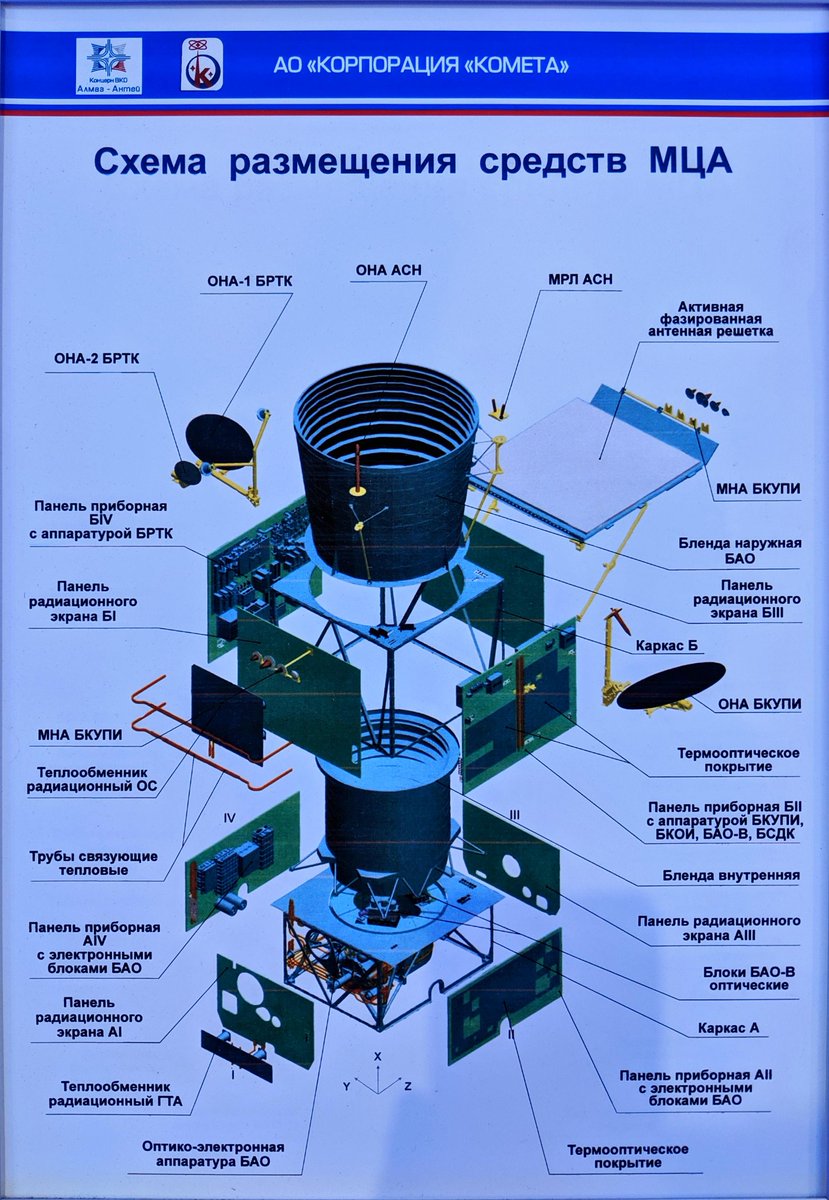 Austin wrote:Guys can any one translate this

You can use Yandex image translate

MOSCOW, December 18. /TASS/. Russia has replaced its Oko-1 orbital missile early warning system with new Kupol satellites, according to the materials for a briefing by Chief of the Russian General Staff Army General Valery Gerasimov who spoke at a meeting with foreign military attaches on Tuesday.

In his presentation, the chief of Russia’s General Staff demonstrated slides that showed the structure of the country’s missile early warning system. Specifically, the slides showed a satellite with the caption: satellite of the Kupol integrated space system.

The general noted at the presentation that in 2019 Russia launched another satellite of the integrated space system, which enhanced its capabilities for detecting ballistic missile launches. Russia’s Defense Ministry earlier reported that the new system’s satellites were called Tundra. The first such satellite was launched in 2015.

The Oko-1 orbital grouping comprised eight satellites and ceased to operate in 2014.

As of now, the new orbital grouping comprises three satellites, including the space vehicle orbited this year. Overall, nine new satellites are set to be launched by 2022.

Launch of the 4th EKS satellite

On May 22, 2020 at 10:31 MSK (07:31 UTC), the Air and Space Forces successfully launched a Soyuz-2.1b launcher from the launch pad No. 4 of the launch complex No. 43 of the Plesetsk site. The satellite delivered to the orbit (by a Fregat booster) will join the space-based segment of the early-warning system.

The satellite was designated Cosmos-2546. Its international designation is 2020-031A.

The satellite is the fourth spacecraft of the new early-warning system, known as EKS or Kupol. The first satellite of the system, Cosmos-2510, was launched in November 2015. The second and third, Cosmos-2518 and Cosmos-2541, were launched in May 2017 and September 2019 respectively. Satellites are deployed on Molniya-type highly elliptical orbits and are said to be capable of detecting launches from all potential missile launch areas. The complete system is expected to include ten satellites on HEO and GEO orbits.

MOSCOW, June 4. /TASS/. Russia has set up the basic space segment of its missile attack early warning system to continuously monitor US territory for possible ballistic missile launches. The segment’s four satellites are fully coping with their task, a source in the domestic defense industry told TASS on Thursday.

"With the launch of the fourth Tundra-type space vehicle from the Plesetsk cosmodrome on May 22, the Kupol integrated space system has been brought to the minimum required structure and allows tracking any launches of ballistic missiles and space rockets from the territory of the United States. The satellites are accomplishing their mission in working orbits in full," the source said.

The Tundra satellites "are equipped with next-generation infrared surveillance devices that make it possible to register with high precision the launches of missiles against the background of the Earth’s surface," he said.

The satellites are also "capable of tracking the trajectory of the flight of ballistic missiles and predict the areas of the fall of their warheads in the automatic mode," the source noted.

The four Tundra satellites from Russia’s Kupol single space system are moving around Earth in highly elliptical orbits with a maximum altitude of over 35,00 km of their flight above the planet. Their flight paths are located at angles to each other, forming the so-called constellation over the Northern hemisphere, the source specified.

As another source in the defense industry earlier told TASS, the Kupol integrated space system is set to involve nine new satellites. The Kupol orbital grouping is designated to replace the defunct Oko and Oko-1 missile attack early warning systems.

The system is designated to detect within the shortest time possible and track ballistic missiles launched towards the territory of Russia or its allies.

Satellites in highly elliptical orbits monitor the areas of ballistic missile launches on mainland territories and in the world ocean, according to the CEO of Energia corporation

"With the launch of a fourth space satellite Tundra the space system Kupol has been brought to the minimum standard strength," he said.

He explained that the satellites in highly elliptical orbits monitored the areas of ballistic missile launches on mainland territories and in the world ocean. The fourth Tundra satellite was orbited on May 22.

In June, a source in the defense and industry complex told TASS that with the launch of a fourth such satellite Russia created a basic space segment of a missile attack warning system that allowed for monitoring the US territory for possible launches of ballistic missiles. The Tundra satellites, equipped with new generation infrared monitoring instruments, allow for accurately identifying missile launches from the Earth’s surface, tracking the missiles in flight and automatically forecasting the areas where the warheads might fall.

Another source in the defense and industry complex told TASS that the Kupol cluster would have a total of nine satellites. Kupol is to replace the previous generation space systems Oko and Oko-1.

Russia’s missile attack warning system has two tiers: the space component, currently consisting of four Tundra satellites, and the ground network of Voronezh radars that keep all missile threat directions under control. The main task of the system is to promptly identify and track ballistic missiles that may be launched against Russia or its allies. 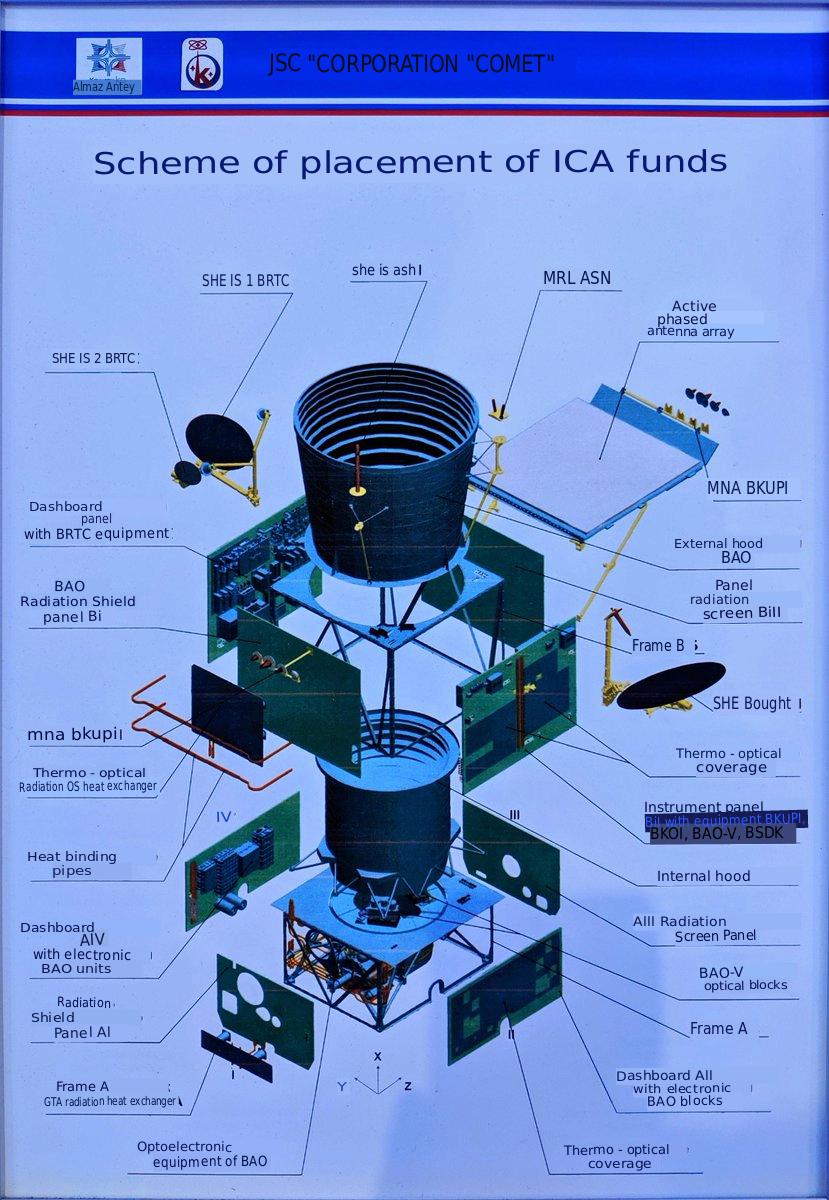