Better expel Sunnis from Syria the way Germans were expelled from E. Europe after WW2.
Werewolf

Better expel jews, wahabits, turks and muricans from there which are funding, founding and arming mercenaries that are the core of global terrorism all are linked to US and their money. That would actually limit terrorism, your bullshit would not you are just another jew which hides under another illusional identity to go on the anti-arab/muslim bandwagon. Scum that supports genocide not of sunnis because they are sunnis but because sunnis are majority of muslims and if sunnis would be such terrorists like you zionazi scum are propagating then you fucked up jews would be already exterminated long time ago, unfortunatley they are not such radicals like your nuthead religion is. No need to hide and fake chiristianity which you are not.
Walther von Oldenburg

There are no Alawis, Christians and Druzes among Syrian terrorists. They are 100% Sunni Muslims. Alawis, Druzes and Christians don't accept Sharia law. Only Sunnis have organizations that want to ruel by Sharia law.

BTW Al Saud family had 100 years to secularize, they had full right to do that. If they created a secular state in KSA, noboy could do shita bout it not even America (why would they care anyway?)

Watch where you wave that dick SA or you might lose it...

ShahryarHedayatiSHBA wrote:Tomcat and Bear , The two archenemies are flying together 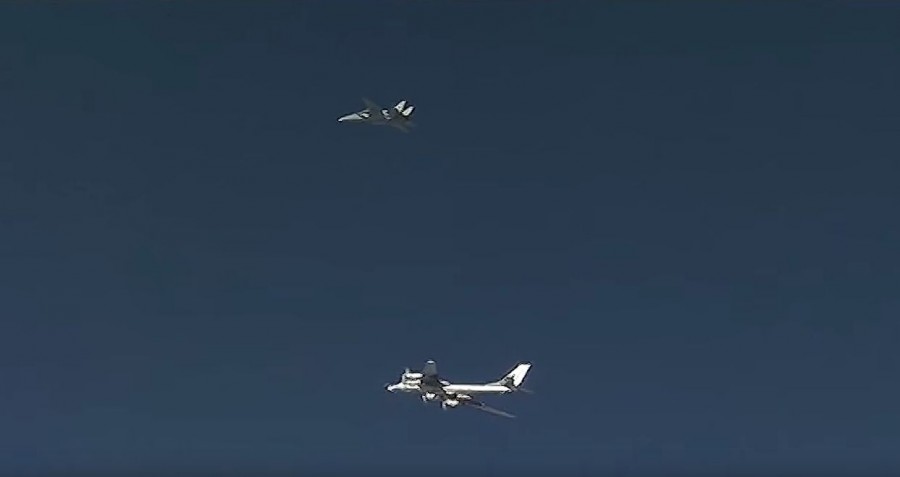 Yep, this is one for the aviation history books....


Watch where you wave that dick SA or you might lose it... Twisted Evil

They're trying to prevent their militia to be listed as a terrorist organisation....they're getting bombed anyway

They are definately resilient. Word is that they received reinforcements...apparently they've also recaptured 2 small towns from the YPG as well (don't have details atm). The problem is there isn't any regular SAA in the area. It's the local Sadad NDF backed up by Assyrian/Armenian and SSNP militia/volunteers.


The Latakia news continue to be encouraging...

An important hilltop right along the Turkish border has reportedly been captured..

PapaDragon wrote:
Watch where you wave that dick SA or you might lose it...

Isn't Ahrar al-Sham explicitly linked to Al Qaeda? It's a disgrace that they're already not considered a terrorist group.


They are definately resilient. Word is that they received reinforcements...apparently they've also recaptured 2 small towns from the YPG as well (don't have details atm). The problem is there isn't any regular SAA in the area. It's the local Sadad NDF backed up by Assyrian/Armenian and SSNP militia/volunteers.

The GPF are Christians right? I remember that turd sandwich Matthew VanDyke was butthurt that the GPF adopted that flag as it was also used by the Christian militia he worked with in Iraq.

I recall seeing that symbol on a few of the T-72B's russia sent earlier, so they must be on the list of recipients for the Syrian Express.
KoTeMoRe

Word is that there was no counter attack at all, they just got spotted and bombed 1km out of the village. Sauron...

So the mental midget Turd-o-juan is upset his secret death squad army is being turned in to charred manure lol?

Just remember Turd-o-juan, Russia can bring a 'Kurdish Debaltsevo' in southern Turkey if your not careful. 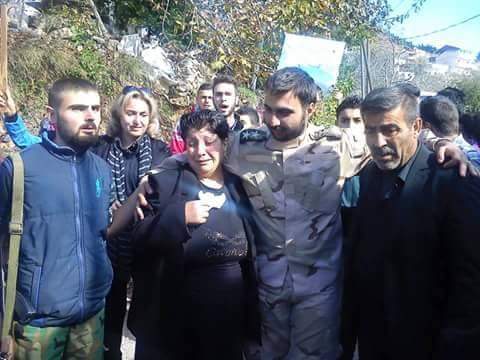 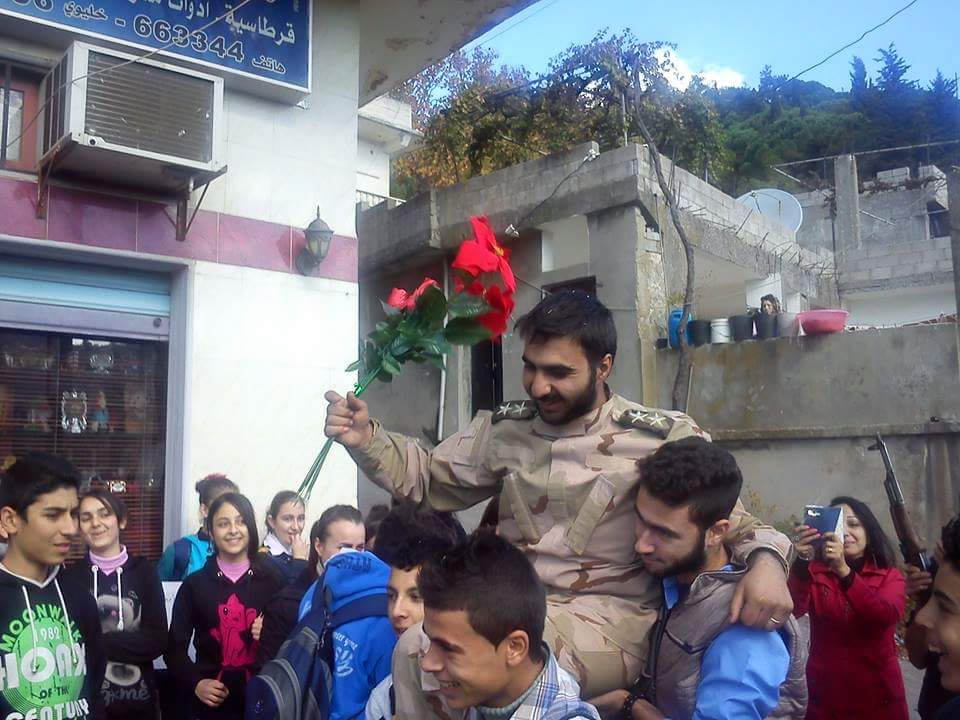 Two years, his folks probably already turned his room into a yoga studio...


1. Gov't Forces Regain More Territories in Syria's Lattakia Province
TEHRAN (FNA)- The Syrian Army and National Defense Forces (NDF) pushed back the terrorist groups form more lands in the Northern territories of the coastal province of Lattakia after fierce clashes with the terrorists on Saturday.
http://english.farsnews.com/newstext.aspx?nn=13940830000536

2. Syrian Army, Allies Win Another Strategic Village in Aleppo Province
TEHRAN (FNA)- The Syrian Army, National Defense Forces (NDF) and Hezbollah fighters carried out a joint operation against the militant groups in the Northern province of Aleppo and took back Burj al-Rouman village on Saturday.
http://english.farsnews.com/newstext.aspx?nn=13940830000359 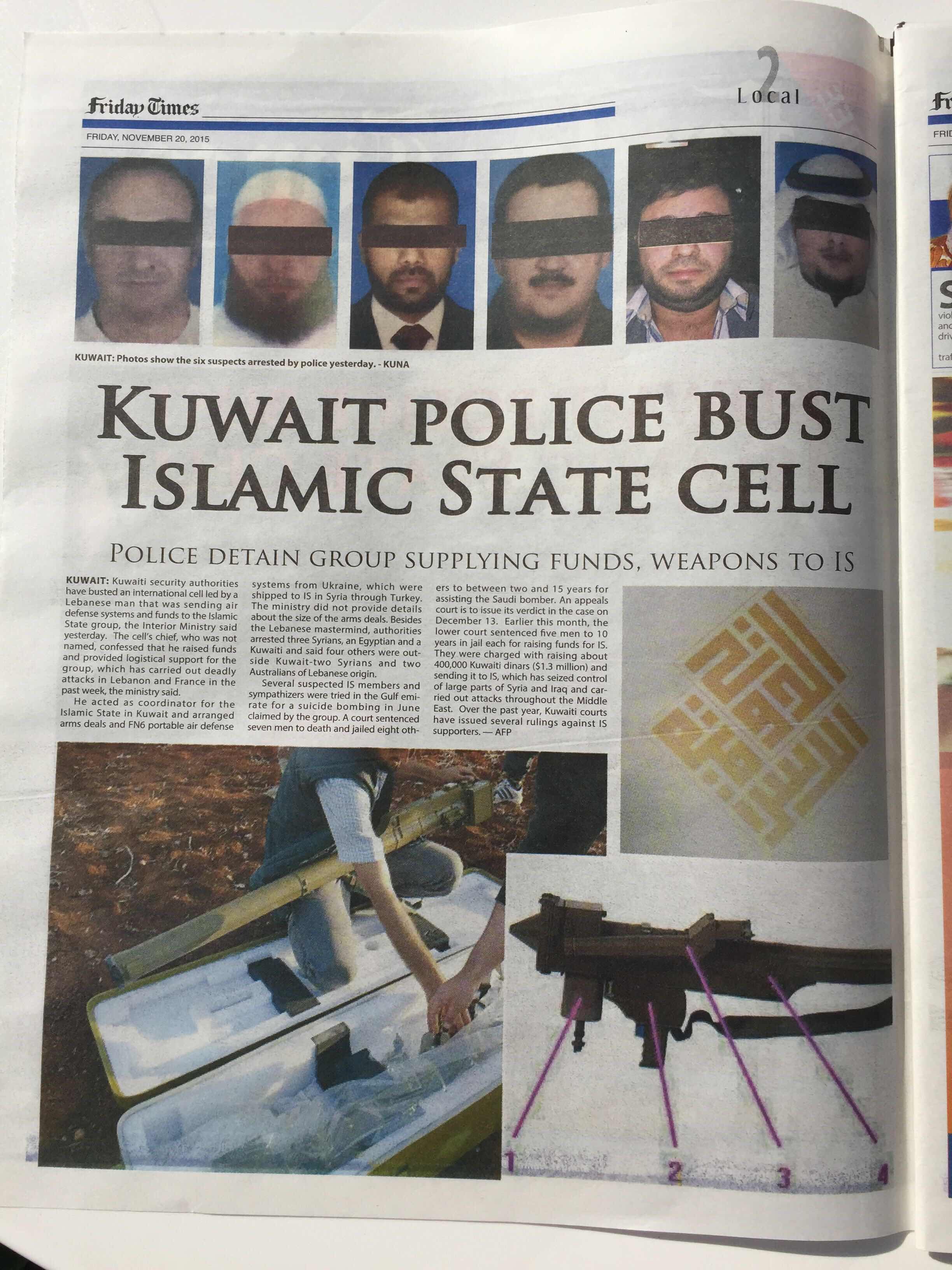 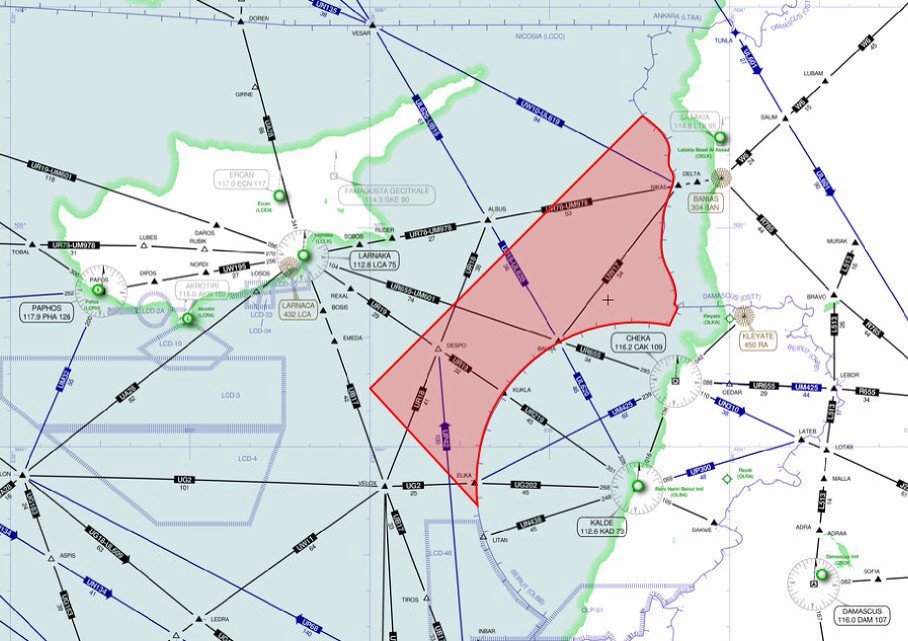 BTW, these guys were figthing the US not so far ago.

BTW you can notice the IRGC guys in the formations. Not good for OPSEC.
zg18

SYRIA: A GAME BY RUSSIA’S RULES

You have to smile and wonder why there is no US footage, it would have been spectacular.

PBS NewsHour, a daily US television news program shown on the US Public Broadcasting Service (PBS), used footage of Russian airstrikes against ISIL targets, claiming that they were US airstrikes, an Information Clearing House article revealed.

Earlier this week, the US government said it would intensify anti-ISIL airstrikes and bomb the terrorist organization's oil infrastructure, which is ISIL's primary source of income. After that, on November 16, the US military said it destroyed 116 trucks carrying illegal oil in ISIL-controlled territories. "On Monday, 295 trucks were in the area, and more than a third of them were destroyed, United States officials said. The A-10s dropped two dozen 500-pound bombs and conducted strafing runs with 30-millimeter Gatling guns. The AC-130s attacked with 30-millimeter Gatling guns and 105-millimeter cannons," the New York Times colorfully described the US military operation that allegedly took place on November 16. Well, it sure sounded like a major anti-ISIL operation in the wake of the Paris attacks. But so far, these are just claims, not backed by any evidence.

Two days later, on November 18, the Russian Air Force destroyed 500 oil trucks that had been illegally transporting oil from ISIS-controlled territories. Unlike the US Air Force, which didn't provide any video evidence from their alleged operation, the Russian Defense Ministry promptly released videos of what exactly happened to terrorists and how the operation unfolded.

On November 19, PBS NewsHour ran a program on ISIL and "showed" how their oil trucks were destroyed by US airstrikes. It's all fine and dandy, but the US public broadcaster used the footage of Russian airstrikes, passing them off as US airstrikes, without revealing the true source. "For the first time the US is attacking oil delivery trucks," the voice-over said between 2:30 — 2:35, while showing a clip of exactly the same video published by the Russian Defense Ministry the day before. The PBS program neither mentioned the Russian military operation nor revealed the source of the footage.

What the US channel did was just outright lying, because millions of viewers would certainly think the video footage showing the explosions of oil trucks was from US airstrikes about which the New York Times ran an article on Monday.

How about posting the article only once?
Monarchist

BTW, these guys were figthing the US not so far ago.

BTW you can notice the IRGC guys in the formations. Not good for OPSEC.

That music is hell for their enemies.

How about posting the article only once?

I am sorry what do you mean whir?
whir

par far wrote:I am sorry what do you mean whir?

You have posted the same article in three different threads only providing the title and the link. Quoting some parts, making a commentary or a resume depending on the topic would be more suitable instead of repeating the information several times.
Zivo

A few of you were upset about the Daesh counterattack around Maheen. Today both Hawareen and Tal Daher have been retaken by the NDF.

Another Russian missiles heading for Syria landed in Iran 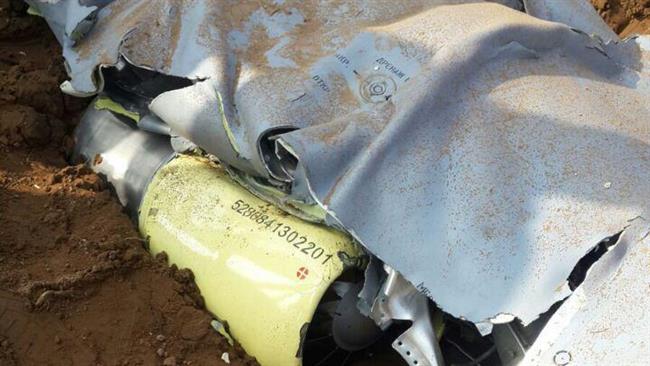 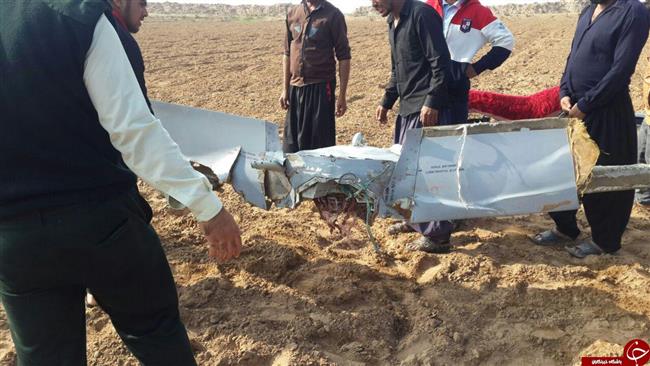 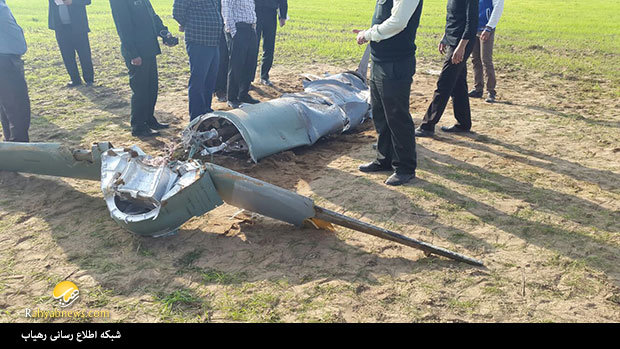 i am not sure about everyone else but i am finding it a little frustrating that it is taking so long to liberate, Latakia as well as north/north west/north east Hama province, and the area north of Homs city, as well taking back the area in between aleppo international airport and Keweyres military airport, the latter area could easily be taken back fairly quickly.

As for the other areas like the area north of Homs city the terrorists are completely surrounded so there supplies must be running short, but liberating this area would free up troops to send to the eastern areas Homs to tackle ISIS,

the southern Aleppo offensive i presume will be aimed at taking back as much of of the highway as possible and taking back Abu Al Duhur air base.

i think do to the numbers of the SAA and and its allies for it makes sense to try and tackle some of the easier targets and enclosed areas to free up troops to tackle the harder areas, as in each and every battle there will be casualties on both sides and the SAA and its allies need to keep as many troops as possible for the when the time comes to tackle Aleppo city, Idlib city, and Jisr Shughur city.

Deir ez zor and the southern areas are purely a waiting game hoping that they can hold out, because if Aleppo city and Idlib city are reclaimed you may find that the south and Deir ez zor will be given up my the terrorists. Deir ez zor i think is on borrowed time despite the successes defending the place the casualties on the SAA side are slowly being depleted.

whats peoples views on the above.

As for Damascus this to needs to taken back quickly i am guessing huge amount of forces are being tied up fighting here.
par far

par far wrote:I am sorry what do you mean whir?

You have posted the same article in three different threads only providing the title and the link. Quoting some parts, making a commentary or a resume depending on the topic would be more suitable instead of repeating the information several times.

I posted it in three different because I thought it would bring in different opinions, for next time I will make a commentary or a resume.
Sponsored content