George1 wrote:Declared the first model of the T-14 on the platform "Armata"

W-Model moulds are excellent I have one of their kits of the Geko ... also Cromwell Models are going to have a T-14 out soon as well as ModelCollect all in 1/72 scale
Guest

T90S and TOS1 scale models for only about 10USD each. My better half bought me both, shall wait for me in Moscow next time i visit (yeah sorry i am still kid deep down) >.<

You sound like my father.  OK dad, dont get mad.

At Militorov: is there a way to have those shipped? If so, Ill buy some.
Project Canada

T90S and TOS1 scale models for only about 10USD each. My better half bought me both, shall wait for me in Moscow next time i visit (yeah sorry i am still kid deep down) >.<

Cool looking toys! I just hope these are made in Russia and not from China

At Militorov: is there a way to have those shipped? If so, Ill buy some.

My gf ordered via phone apparently this morning, she will get it via courier in Moscow. Not sure how things work outside Russia but you can contact them i guess uvzshop@yandex.ru

Terminators could be sent ot Syria for " moderate" tests

is this model cast from pure gold?

Yeah they had them for sale for quite some time, they actually were abit cheaper before. But still very expencive, i could probably build one for less than 1/10 of that price, would take me few months tho.
George1

Armata, Tu-160 and Vladimir Monomakh: Russia Boosting Military Power on Land, in the Sea and Air
"The first batch — 10,000 tanks made of metal and plastic – will become available in stores in 2016," Uralvagonzavod (UVZ) Deputy CEO Alexei Zharich told media.

"We also intend to export our merchandise abroad," Radin said. "There are already prospective buyers in England who wish to purchase our models not as toys, but as collector’s items."

According to Zharich, at some point scale models of Russian military hardware disappeared from the stores. "Our children played with models of foreign tanks," he ruefully remarked.

The main purpose of the joint undertaking between UVZ and Zvezda is to make scale models of Russian armaments available once again for kids and dedicated enthusiasts across the country.

At Militorov: is there a way to have those shipped? If so, Ill buy some.

I'm a first time user of the forum (i just got registered), but i always follow the posts,  I saw you were inquiring regarding the Russian tanks models (small scaled) and i would like to help,

actually the ones that Militarov got i believe they were ordered on zvezda company website zvezda org ru   (Russian producer of toys, and mainly military related toys.. models) on the website (in the english version) there is a distributors link, for around the world in case you wish to order..

the one on Uvzshop is a different one..  that's why it costs a fortune..i think

PS: in 2016, Zvezda will release Armata tanks models (10 thousand of them as a first batch as i read on sputniknews)
sepheronx

Thanks! Ill check it out.  I will end up ordering a T-90 and next year armata.
George1 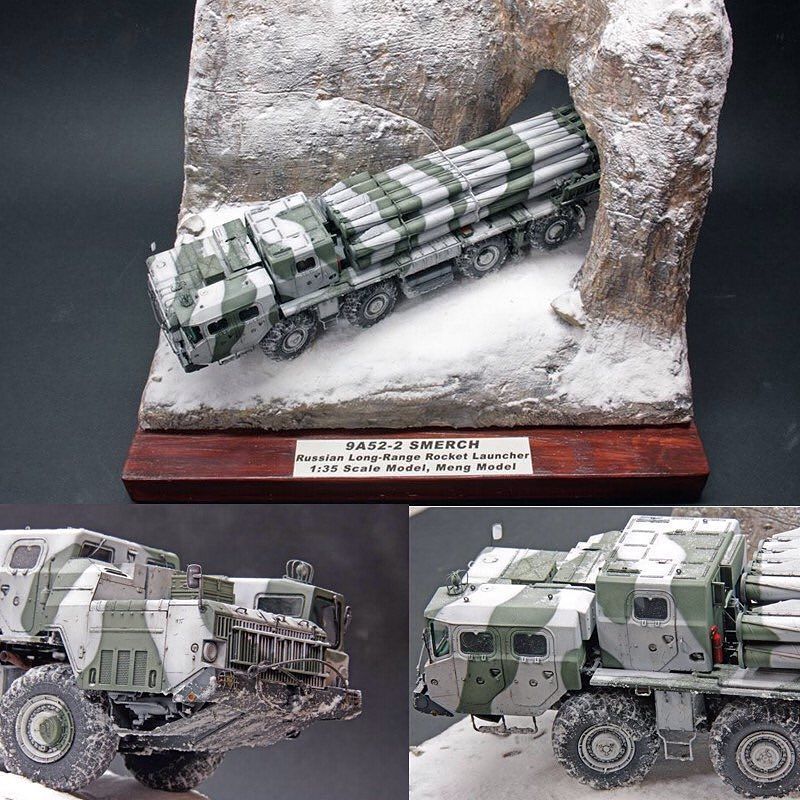 Yeah they had them for sale for quite some time, they actually were abit cheaper before. But still very expencive, i could probably build one for less than 1/10 of that price, would take me few months tho.

they are actually 1/8 scale they will be pretty big models and the control pad looks expensive as well .. for example Trumpeters 1/16 scale Panzer 4 model kit retails at £170 or around $230
Khepesh

Perhaps a little ironic that Gur Khan is involved in this project considering how he strenuously argued against the T-72B3 at Illovaisk being anything but a B3, but he was not alone..... 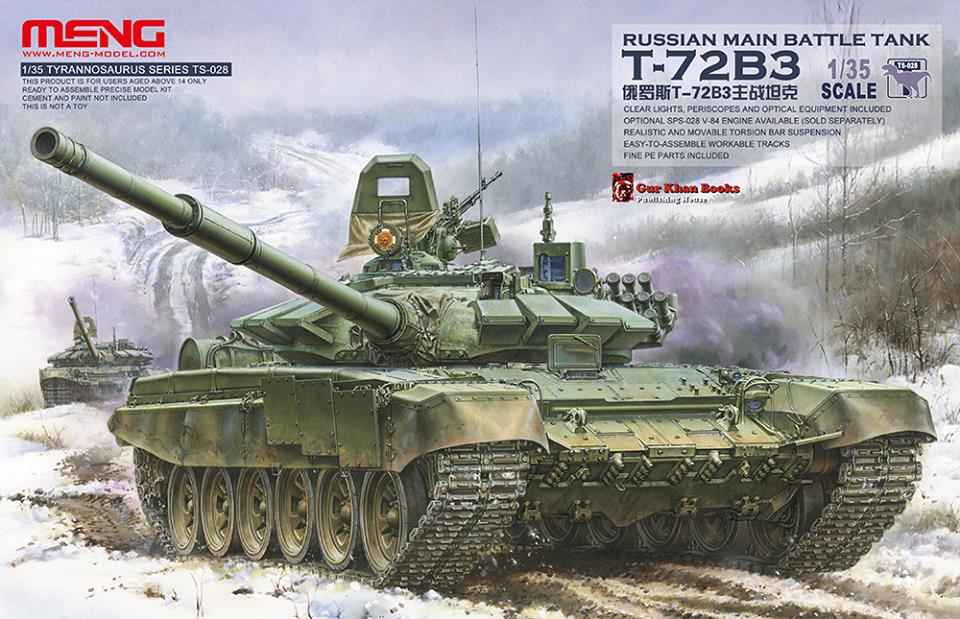 Gwylan Models has just released Project 22350 Admiral Gorshkov Frigate at 1/700 scale, and I have a few issues regarding the painting scheme of this ship I want to share with you, based on the following link available at YouTube regarding this ships:


Now, check the attached photos, extracted from the previous footage about the real ship.

1- According with this footage, the FWD deck (in front of the bridge windows) is painted with the same light grey colour used to paint the hull and vertical structures.   (Pr22350 0m25s.jpg and Pr22350 0m30s.jpg)

4- The helipad (Pr22350 Decks Colour.jpg) seems to be painted with the same light grey colour used to paint the hull and vertical structures 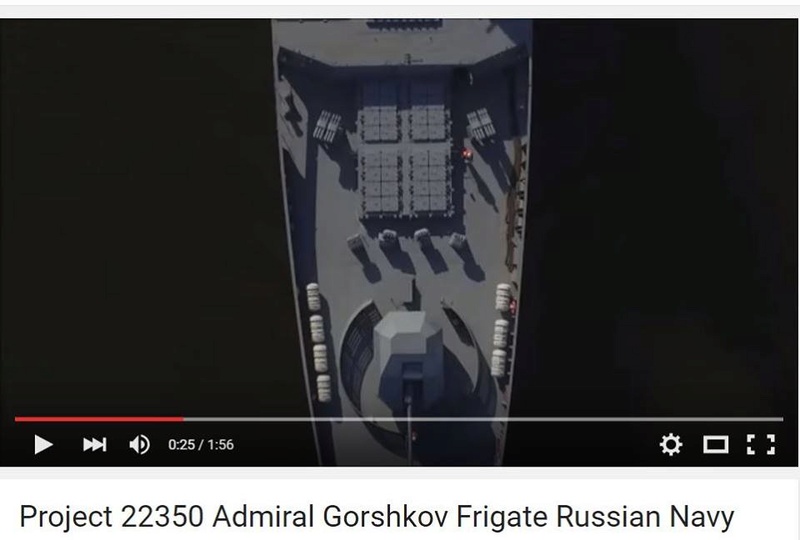 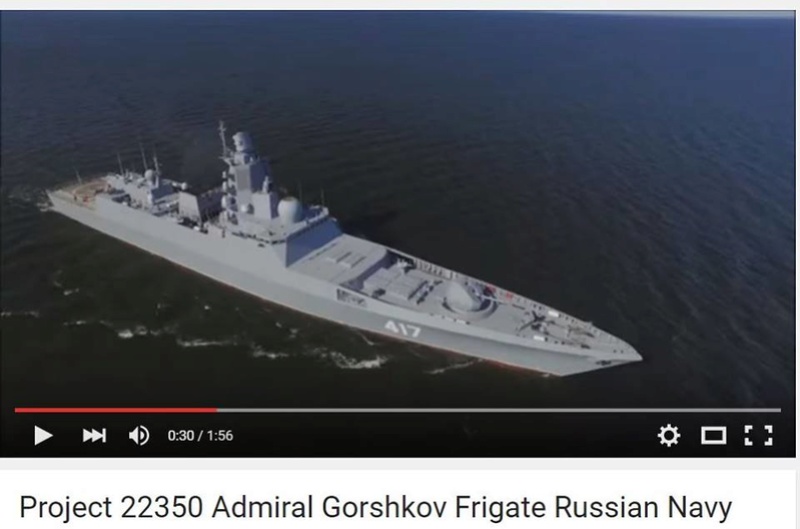 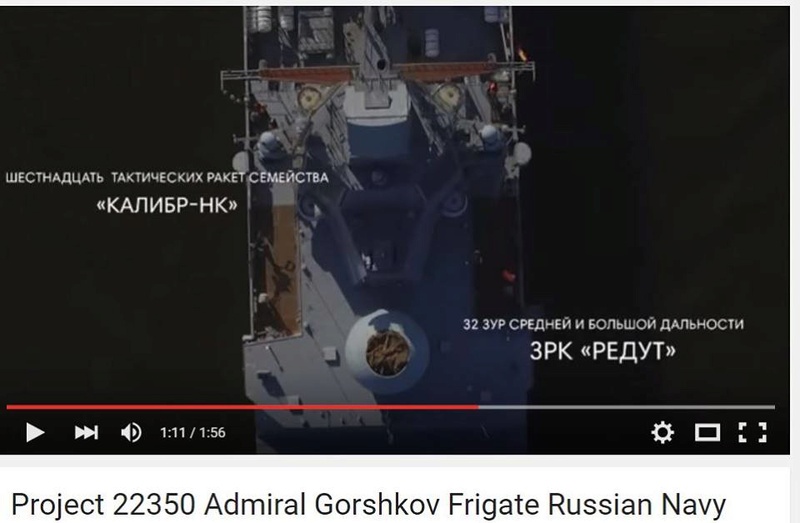 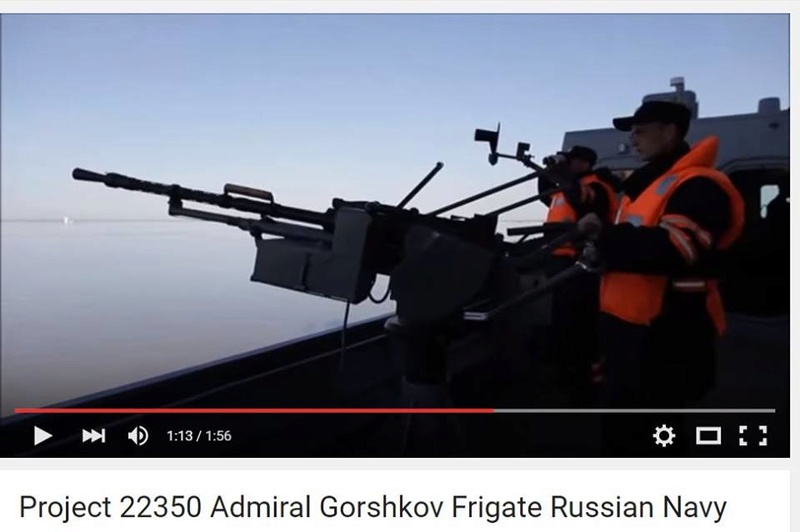 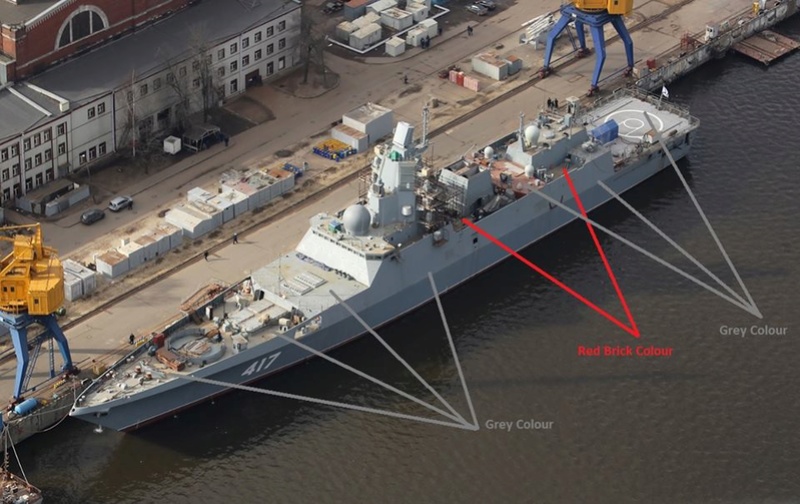 Do you agree with my interpretation regarding the colour scheme applied on Project 22350 Admiral Gorshkov Frigate of the Russian Navy?


BTW, a review in german is already available at following link: (Thank you Lars!!!)
http://www.modellmarine.de/index.php?option=com_content&view=article&id=4604:gwylan-models-russische-fregatte-admiral-gorschkow-1700&catid=447:gwylan-models

As reported by the site of the ZIL Cultural Center (Moscow), from June 3 to 18, 2017, the V All-Russian exhibition-contest of bench models-copies "Mini-Max-2017" is taking place within its walls. It presents hundreds of miniature models of tanks and aircraft, historical miniatures and ships, cars and other equipment that visitors can see.

As the press secretary of the Belgian Ministry of Defense stated, the ban on flights was introduced independently, and not at the direction of the developer, was caused by the "abnormal functioning of aircraft control systems." According to him, "in recent weeks there have been several incidents on different planes, though without destructive consequences, since the planes managed to land. They are of an irregular nature and they are very difficult to reproduce. " 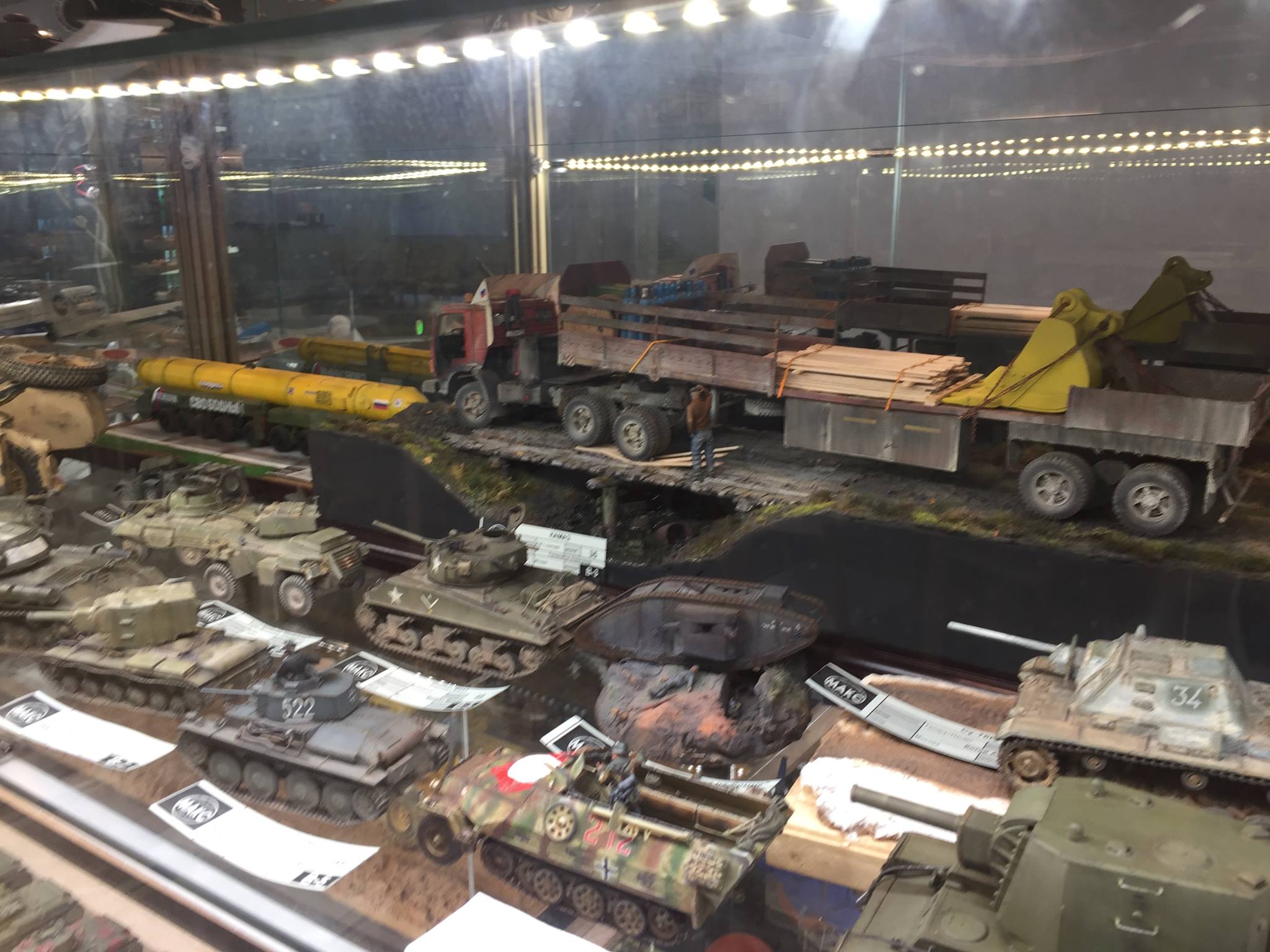 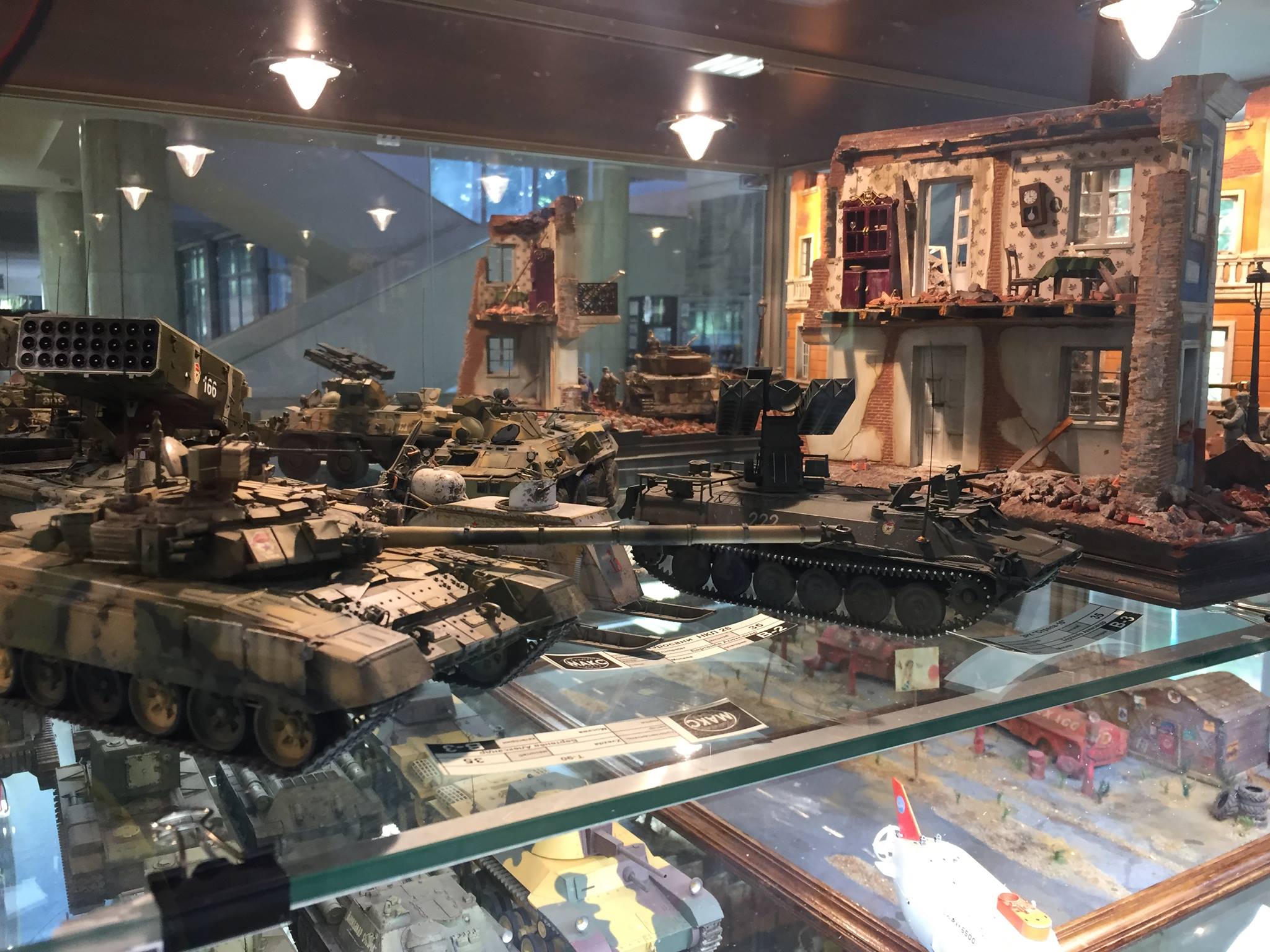 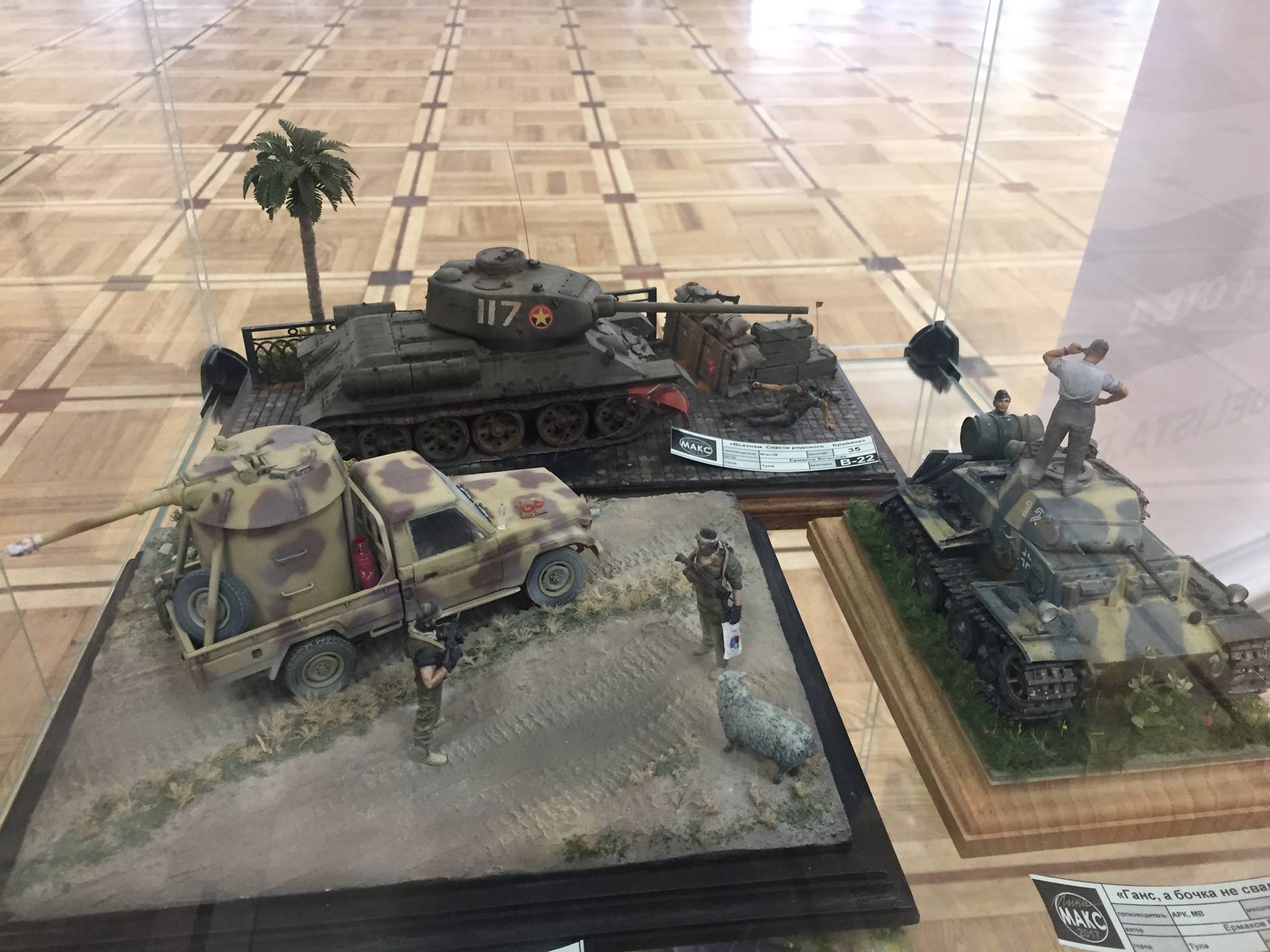 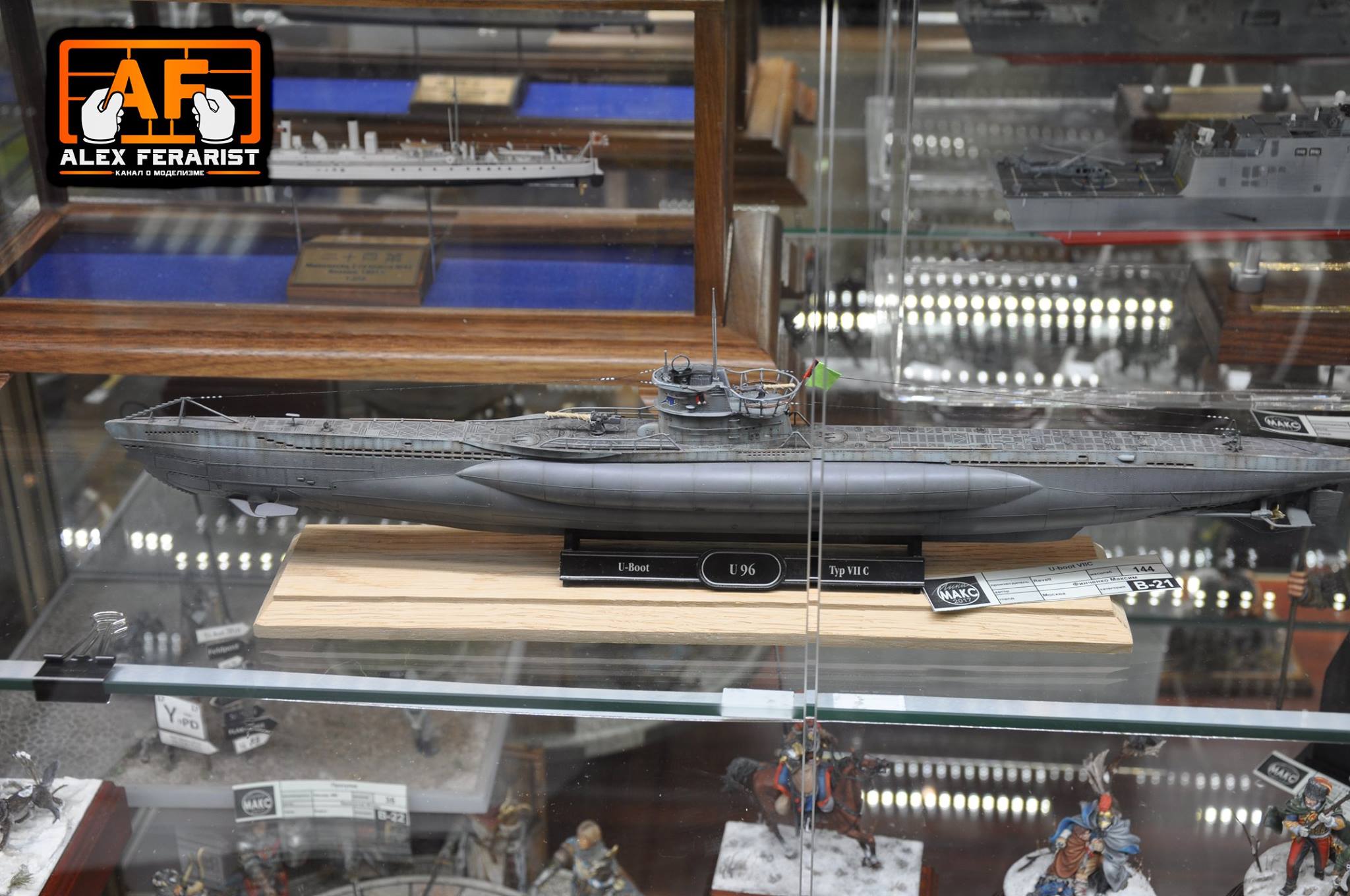 I am glad to present the next issue of the Spanish magazine for modelers "ABRAMS SQUAD". 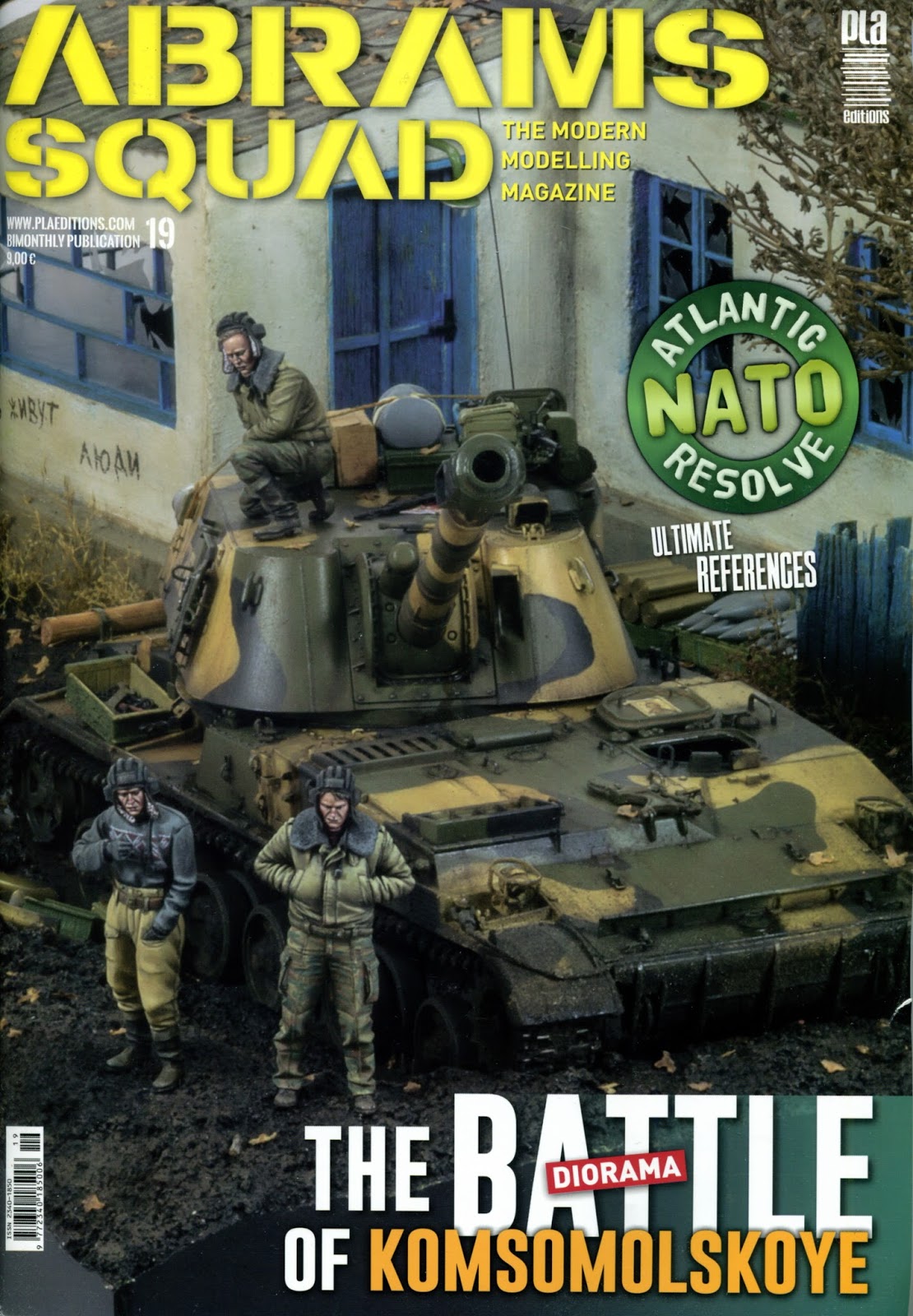 A colorful publication on the creation of models and dioramas of modern armored vehicles, probably already in special representations does not need. Nevertheless, I would like to make an overview of the freshly received number.

Page 4-7 - review of novelties of models and афтемаркета. I was especially attracted by the new products from TETRA MODEL WORKS, DEF MODELS
Page 8 - 17 - overview of the model of the German MARS from the "Trumpeter" in comparison with the prototype
P.18 - 19 - advertisement of novelty photoconductors from VOYAGERMODEL under BMPT-72 and T-90MS from "Tiger"; T-14, T-15 and Kurgan from the Panda; And T-14 from TAKOM.
Стр.20 - 29 - assembly of Strv-103C by Polish modeler named Lucas, and I could not pronounce the surname - sorry!
Стр.30-36 - British modeler Mark Hitcholm collects "Chiefen" Mk.10
Стр.38-49 - Lebanese resident Imad Benton is making a diarama "Battle for the village of Komsomolskoye", where the protagonist is the model ACU 2C3 "Acacia"
Pp. 50-52 - photo review of the actual "Acacia"
Page 53 - Book novelties
Pp. 54-63 - another Pole - Conrad Dzik collects the resin system of the "Circle" in m 1/48 from the firm "TANKMANIA"
Стр.66- 73 - photo-report from the deployment of mostly American armored vehicles during the ATLANTIC RESOLVE 2017 exercises in Poland
P.76 - rumors and gossip, well, or the type of "news", although actually for themselves in them they did not make any discoveries - everything was already in the Internet.
Page skips are ads that have not personally attracted me.
In the rest - as usual, fine polygraphy, minimum of the text - a maximum of illustrations from which without any description it is clear what and how to collect. In general - a useful magazine for sharing experiences. See how people can collect and strive for the same.

A big thanks to the editor-in-chief "ABRAMS SQUAD" - Pere Pla for being unforgettable!

Greetings, I'm new to this forum and apologize if i'm posting this in the wrong place, but I'm about to do a 1:32 scale model of a Su-27 Flanker 'Blue 38' formerly 'Red 07' of the 941st GvIAP based out of Kilp Yavr circa 1999-2006 and would appreciate any and all reference photos if anyone has them.  Any help in tracking down these photos is GREATLY appreciated.  If you have some and would be so kind to share them with me (I promise they are for personal use for airbrushing a model airplane and will not be shared or distributed without the owner's permission.

I got one of these coming in the mail.

I got one of these coming in the mail. I used to build models as a kid. But haven't done one in years.

There's some pretty hardcore modelers on Youtube who are building these. They like it because the camo paint is so hard to do.

I was thinking of just painting mine charcoal grey or matte black. Just as a deep strike variant or something. I don't have the skills to even begin to paint the camo 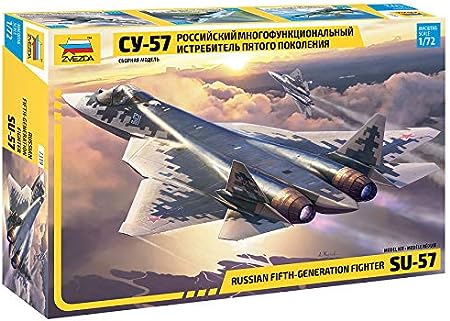