The Mexican navy ministry, which along with defense ministry is charged with efforts against drug trafficking and organized crime, signed a contract with Russian state arms exporter Rosoboronexport on December 22.

Under the contract the Mexican side will receive three Russian helicopters made at the Kazan Helicopter Factory (KVZ) next year. The contract value is not disclosed.

"Our partners demonstrated interest [in Russian equipment]," Patrushev told journalists after a working visit to Mexico this November.

The Mi-17V-5 is an export modification of the Mi-8MTV-5 military utility transport helicopter and one of Russia's most popular export choppers. It can carry up to 36 passengers or four tons of cargo and features advanced multifunction cockpit displays and upgraded TV3-117VM engines.

This is a good start.

I remember a while back there was talk about building a helicopter maintainence centre in Mexico to service Russian helos in the region. The cost of sending helos from central and south america to Russia for overhauls and serious maintainence/upgrades make them expensive to operate.

Being able to send them to Mexico for the work will greatly reduce lifetime costs and might make Mexico a little money too.

Buying three helos sounds like a test batch, so if they like them I guess there is potential for more later.

I hope they bend over backwards to make this work....
F-15E

Mexico requested the foreign military sale to modernize its armed forces to combat drug trafficking. The $110 million deal would include communications, radar and weaponry for the Black Hawks, as well as training and logistical services.

WASHINGTON (Sputnik) — The US State Department has approved the possible sale of three Black Hawk Helicopters to Mexico to strengthen the country’s capability to fight organized crime and conduct counter-narcotics operations, the US Defense Security Cooperation Agency (DSCA) said in a statement on Tuesday

“Mexico has been a strong partner in combating organized crime and drug trafficking organizations,” the statement said. “The sale of these UH-60M helicopters to Mexico will significantly increase and strengthen its capability to provide in-country airlift support for its forces engaged in counter-drug operations.”

The $110 million deal would include communications, radar and weaponry for the Black Hawks, as well as training and logistical services.

Mexico is a major hub for organized crime and the drug trade to the United States. Fighting between dozens of Mexican drug cartels over control of lucrative drug trade as well as counter-narcotics operations have left tens of thousands dead.

The UN Office on Drugs and Crime reported that about 112,000 homicides took place in Mexico between 2008 and 2012. Mexico’s National Institute of Statistics and Geography reported 23,000 murders in the country in 2013.

The Mexican Navy is planning to build frigates
George1

"Arcturus UAV reports the Mexican Navy has deployed their T-20 JUMP Fixed Wing VTOL UAV for unspecified operations in Mexico. The customer took delivery of the VTOL system in March.

An EO/IR and EW capable version offers 11 hours of endurance. Mexico has operated a fleet of catapult launch T-20s since 2014. 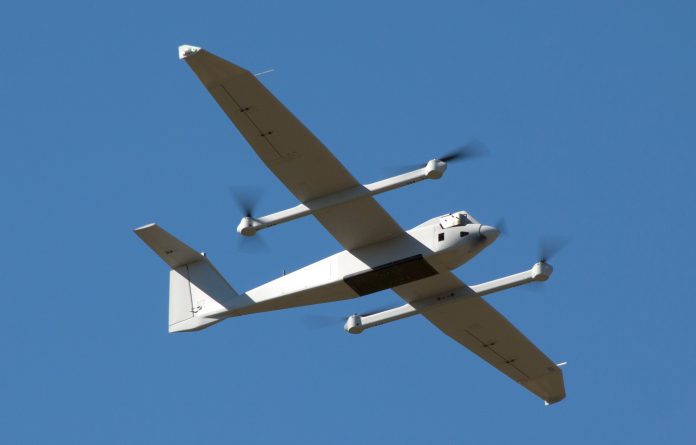 
The Mexican Secretariat of Defense (SEDENA) has officially acknowledged the loss of an AgustaWestland AW109SP (serial number 1908) that crashed on 1 July, killing its three crewmen.

The aircraft, which belonged to the Mexican Air Force's Special Air Transport of the High Command (UETAAM) crashed near the town of Ozumba de Alzate in the state of Mexico, close to the border with the state of Morelos, on its way back to Mexico City from Air Force Base No. 15 at San Juan Bautista La Raya, Oaxaca.
George1

Participation in the military parade September 16, 2016 was the last flight of fighters F-5E/F from the 401 Squadron of the Mexican Air Force after 34 years of service. Now this type of aircraft decommissioned and Mexico (a country with a population of 120 million people and a GDP volume in dollar terms, close to the Russian) was left without a jet fighter. 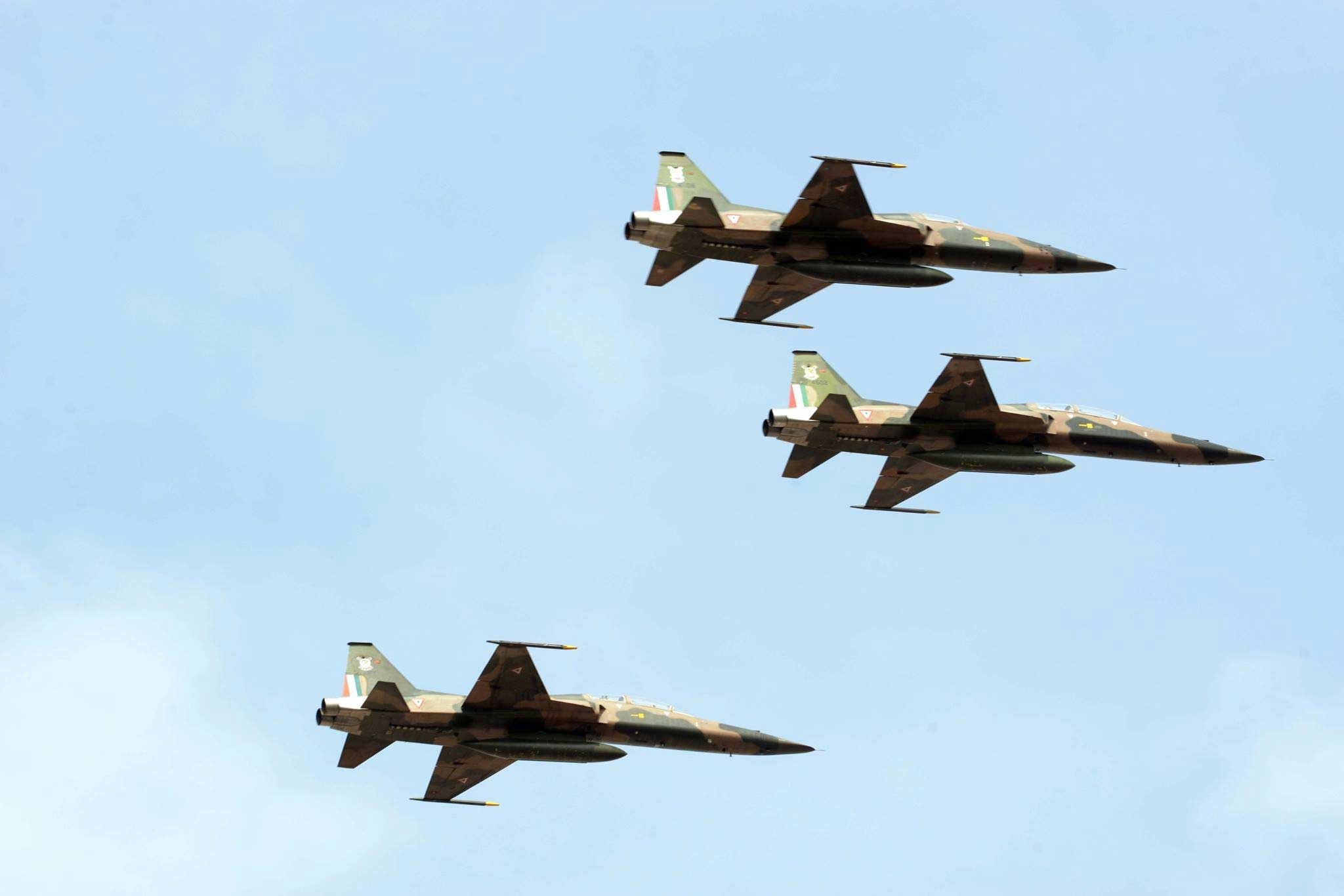 The frigate SIGMA 10514 for the Mexican Navy

On August 17, 2017, the ceremony of laying the head frigate of the SIGMA 10514 project, being built for the Navy of Mexico (the name of the ship has not yet been assigned) was held at the shipyard Damen Schelde Naval Shipbuilding (DSNS) in Vlyssingen, the Netherlands, of the Damen Shipyard Group. The ceremony was attended by the Mexican Navy Minister Admiral Vidal Francisco Sobron Sants. 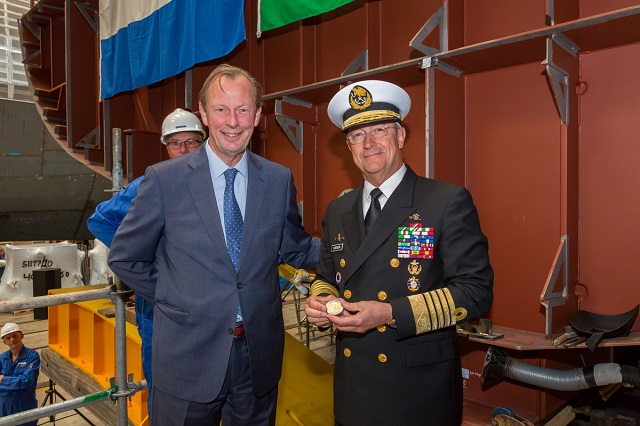 The Defense Security Cooperation Agency (DSCA), on January 5, 2018, sent a notice to the US Congress about the forthcoming sale of arms to the Mexican Army through the intergovernmental military sales of Foreign Military Sales (FMS) for the head frigate of the SIGMA project being built in the Netherlands for the Mexican fleet 10514, including six anti-ship missiles Boeing RGM-84L Harpoon Block II. The sale is authorized by the US Department of State.

I ain't surprised at them ditching the order. $170mn each for a helicopter lol. You can buy a really expensive but shitty F-35 for that and have some money leftover loooool.


Mexican President-elect Andres Mannuel Lopez Obrador plans to cancel a $1.36 billion order for 8 MH-60R Seahawk helicopters for the country's Navy. The gunships, intended for use to counter the drug trade, are just too expensive, Obrador says. But are there more affordable alternatives with similar capabilities out there?

That's what the article mentioned of course another option could be mi-14 as there was a mention a while ago that mil might start production again and the mi-17 platform can also be used as a gunship Mexico are use a fleet of mi-17 so parts etc wouldn't be a problem although I do believe that right now only ka-27 is on the market.
Guest

Probably too big for what they intend to use them for. I suspect they might turn to Bell UH-1Y Venom or AS565MB, or something of a sort. Unless Russians do something based on Ka-60 in relatively short time.
miketheterrible

Ah, so they want something lighter/faster?
Guest

Seems they want to use some gunship with secondary transport role to fight drug traffic. To deal with those hand-crafted subs and fast boats. Something that probably can both attack and land a party on suspected ship. At least that is how i see it, due to their current choice of this Seahawk.
PapaDragon

That comes out as 170 million per piece. How does that even work when declared price is 43 million?
Guest

That comes out as 170 million per piece. How does that even work when declared price is 43 million?

Seems they want to use some gunship with secondary transport role to fight drug traffic. To deal with those hand-crafted subs and fast boats. Something that probably can both attack and land a party on suspected ship. At least that is how i see it, due to their current choice of this Seahawk.

Mi-35 Could do both as could mi-17 gunship but a bit bigger. If kamov 60 was ready it wouldn't take much to arm it. I know that the Ansat 2RC is armed variant of the Ansat but no troop transport but I would imagine using the troop transport version with a couple of pylons added could work. I highly suspect that a western aircraft will be chosen
George1

Launched the Mexican frigate of the project SIGMA 10514 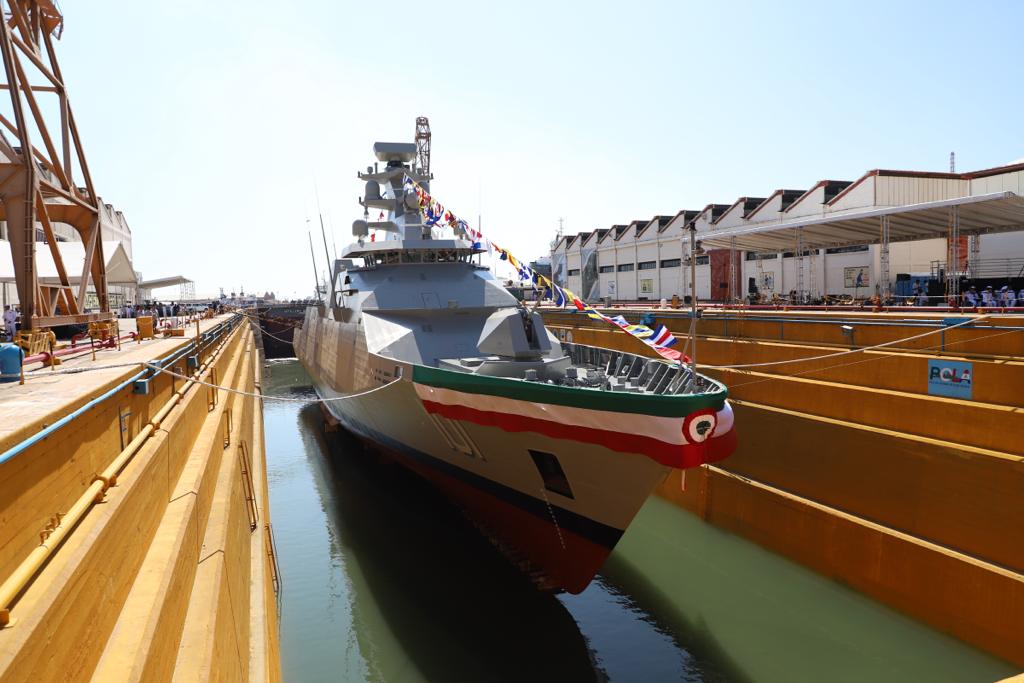 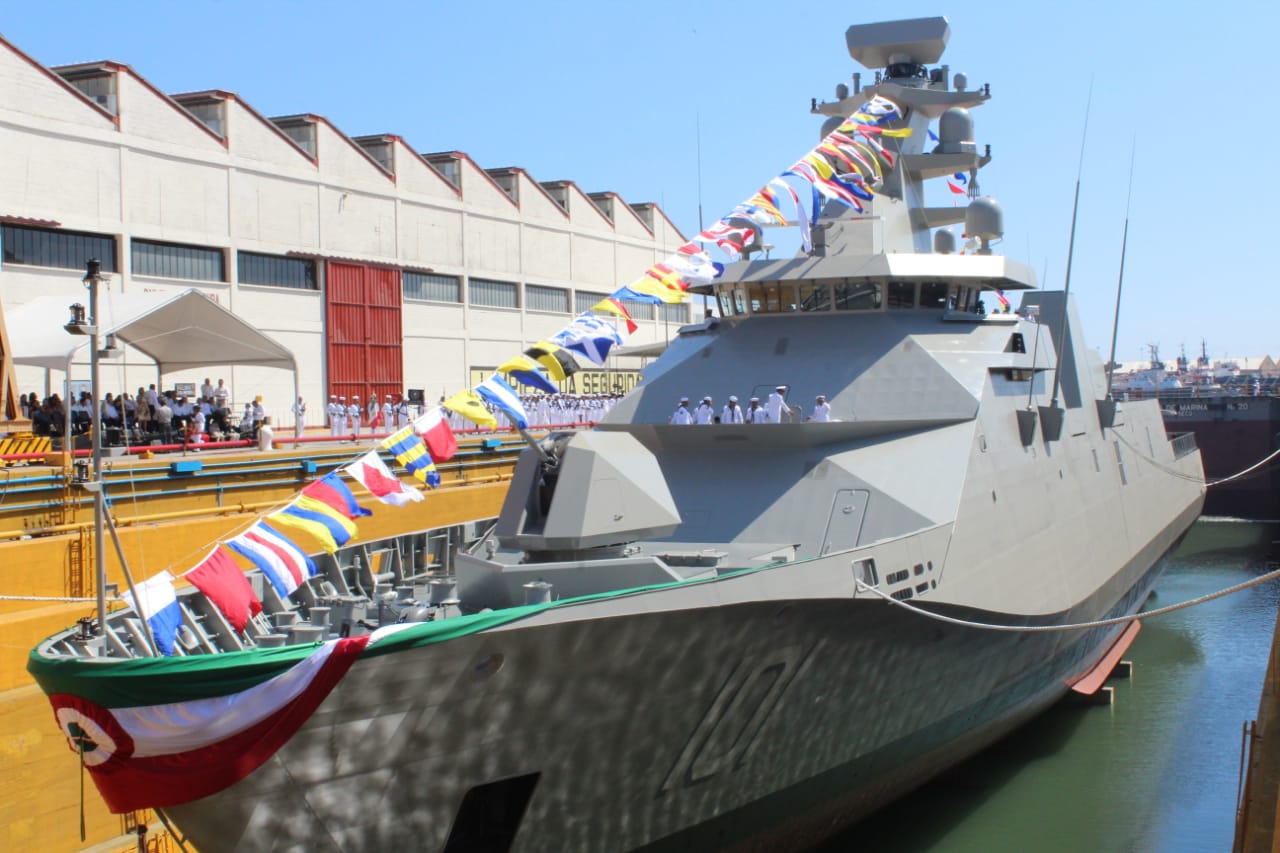 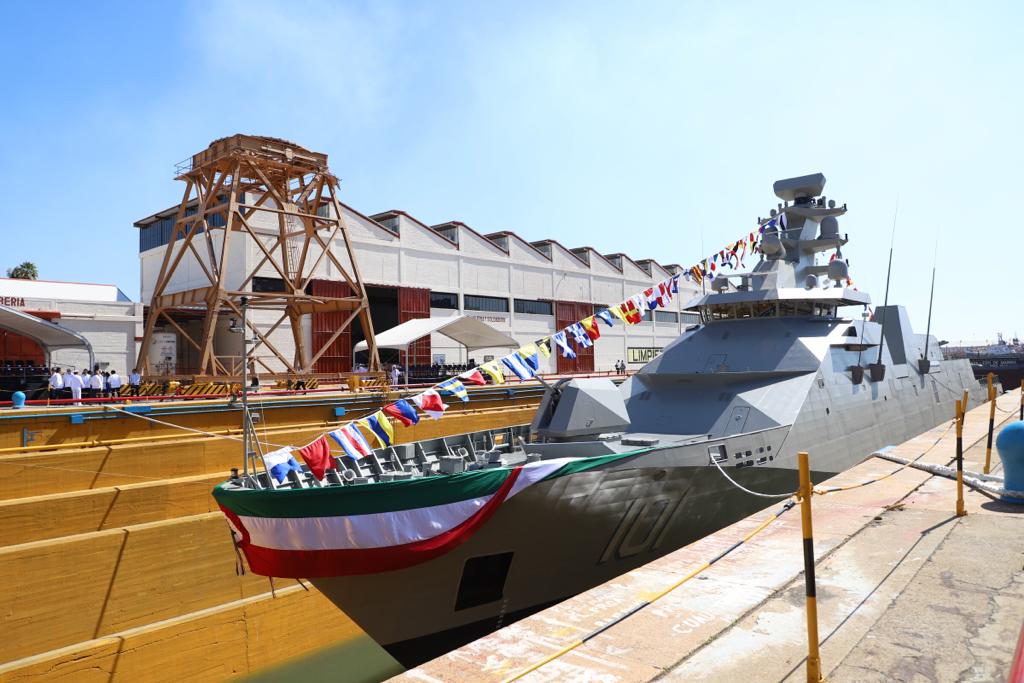 This helo could be used by Mexicans:
https://en.wikipedia.org/wiki/Kamov_Ka-226#Variants

That would be their version of former Soviet/Russian MVD, (Interior Ministry) troops. Right move!

Now they post fully armed soldiers at border crossings with the US, checking all vehicles heading North.
Sponsored content