Which part of Russia is going to be ideal for landing cosmonauts? I heard Kazakhstan is used as landing site during Soviet times and until now because of its vast steppes. But how about in Russia?

PhSt wrote:Which part of Russia is going to be ideal for landing cosmonauts? I heard Kazakhstan is used as landing site during Soviet times and until now because of its vast steppes. But how about in Russia?

Best place to land after months in space would be at the finest bordello in all of Russias. What? A man must satisfy some urges somehow

The landing area for the new space station on a different orbit will be different... it is probably rather useful that they are expanding rail networks to the north and far east of Russia as well as building airfields around the place too...

BTW, regarding what they want when they come back down I would think some peace and quiet and not having to do things all the time would be at the top of their list... while on the space station they would each have fairly full rosters of jobs that need to be done and the constant sound of fans blowing air around the place would probably become annoying very quickly...

I would probably be playing with my TB-82... launching flares and shooting the local wildlife...

... if they are still using it of course...
owais.usmani 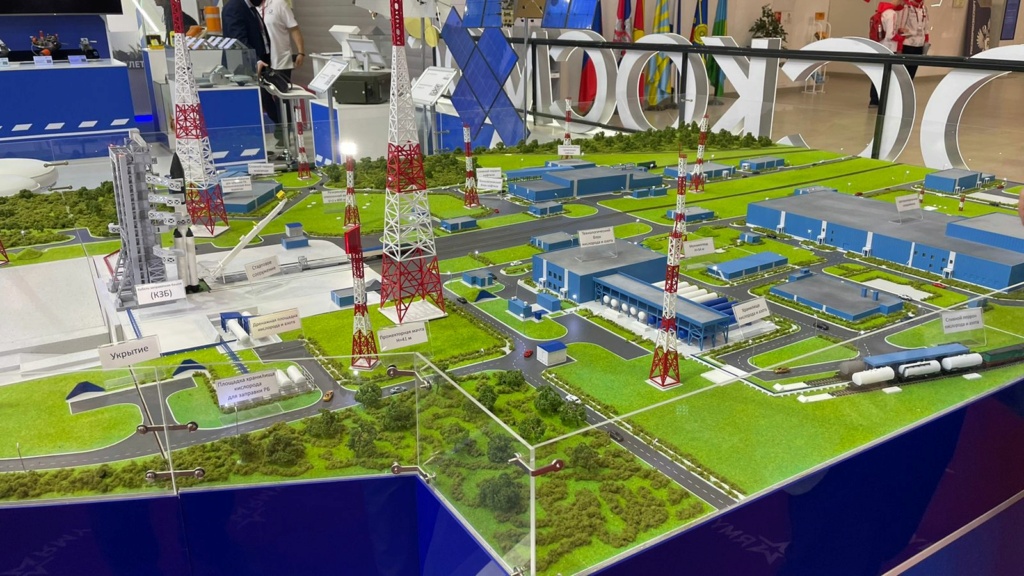 "Yes, President Putin is planning to make a stop at the Vostochny spaceport on his way from Vladivostok," the Russian presidential spokesman said.

The Kremlin spokesman earlier said that Putin would take part in the Eastern Economic Forum next week, which would run on Russky Island near Vladivostok on September 2-4. The program of the Russian leader’s working trip would also include other events in Vladivostok, he said.

Russia’s State Space Corporation Roscosmos Chief Dmitry Rogozin said on August 26 that he was planning to meet with the head of state in the coming days to discuss the prospects of developing manned cosmonautics.

The Vostochny spaceport in the Amur Region in the Russian Far East is the first national civilian space center. A decree on the spaceport’s construction was signed by the Russian president in 2007. A multi-purpose launch compound for Soyuz-2 carrier rockets was built in 2012-2016 during the first stage of the Cosmodrome’s construction.

The second stage envisages building a launch pad for Angara-A5 carrier rockets and the associated infrastructure. The construction of the spaceport’s second stage is expected to be completed in late 2022.

Russian President Vladimir Putin got acquainted with the construction of the second stage of the Vostochny cosmodrome.

Russian President Vladimir Putin got acquainted with the construction of the second stage of the Vostochny cosmodrome.

He arrived in the Amur Region on Friday evening after participating in the Eastern Economic Forum in Primorye.

The Head of State inspected the command post and the construction site of the launch complex for the Angara launch vehicles. 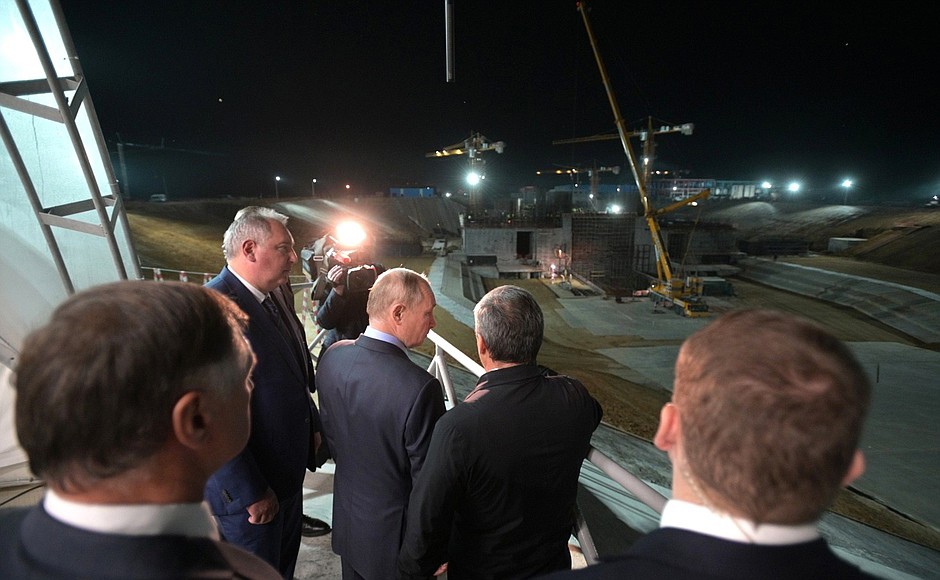 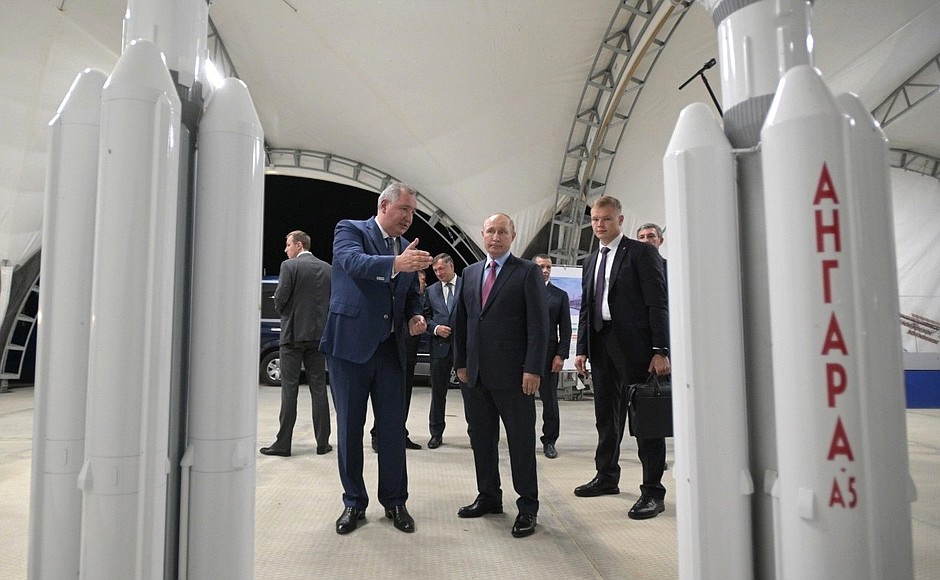 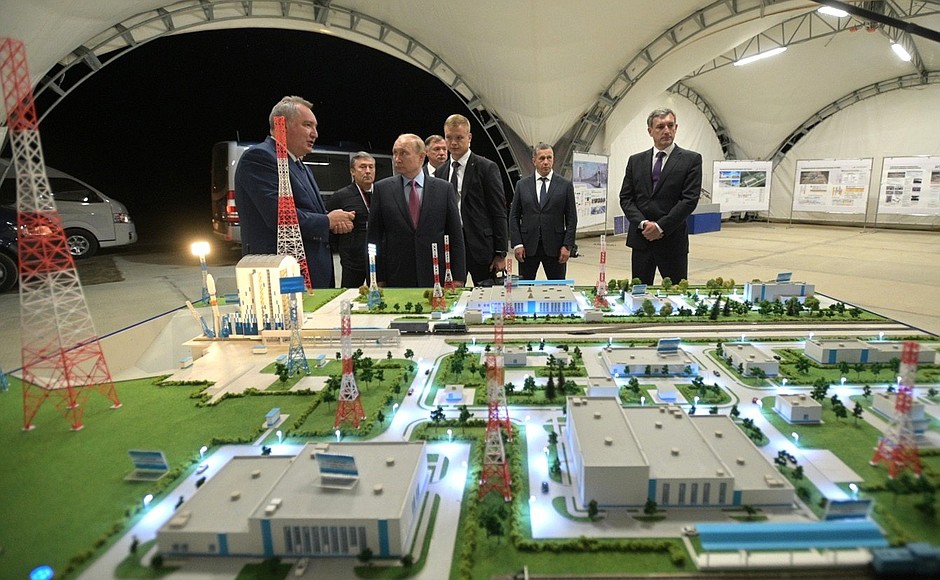 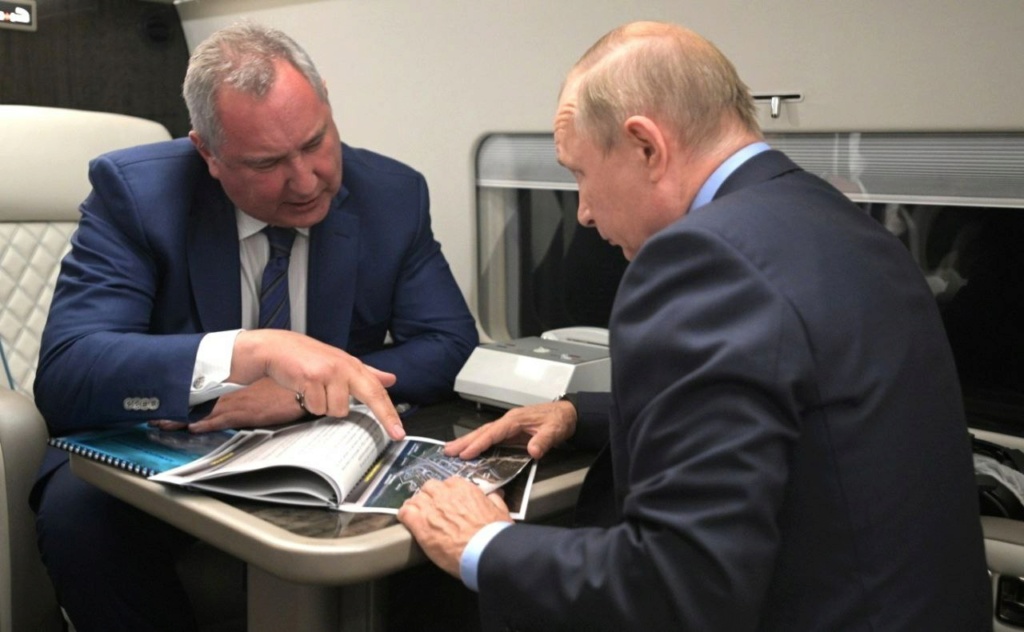 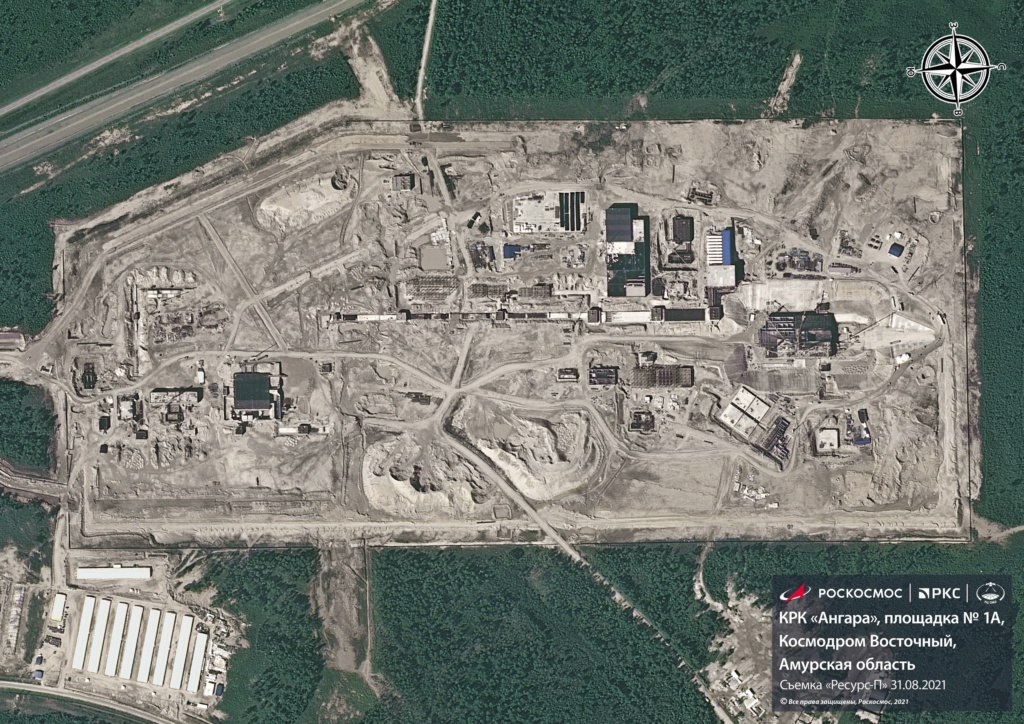