I was reading an article today about air defense weapons and it said there was a new MANPADS called Verba in service with the Russian Army, but I had not heard of it.  I googled it, but came up with very little.  Does anyone know anything about it?

From a Russian military magazine from 2007:


2008 is likely to see the service entry of the Bagulnik self-propelled and Verba man portable regiment-level SAMs. The Bagulnik SAM system will replace the Strela-10 SAM system. Its laser-guided missile is believed to be able to kill threats travelling at a speed of 700 m/s at a range of 1–10 km and at an altitude of 0.01-5 km.
The Verba MANPADS, whose missile carries a 3-waveband optical homer, is to oust all variants of the Strela-2 and Igla MANPADS.
Unlike its predecessors, the Verba's range, altitude and speed have increased by 20, 30 and 20 per cent respectively to 0.5–5.4km, 0.01–4.5 km and 500 m/s respectively. Its reaction time is within 8 s, and its warhead has gained 1.5 kg more weight – an increase of 20 per cent.
The existing Army air defence weapons as well as those operated by the Air Force are undergoing an upgrade to enhance their combat capabilities and extend their service
lives.

Bagulnik is the SOSNA-R SAM system which is very similar to the Pantsir-S1 missile but is a cheaper simpler laser beam riding missile.
Verba is the replacement for Igla and both are Army SAMs... ie the future range of SAMS for the Army will be S-500, S-300V4, BUKM3, TOR-M3, Pantsir-S1, Bagulnik, Verba.

In other words if it is a tracked chassis it is probably an army system... wheeled it is Air Force/Air Defence. Exceptions will be with air defence vehicles in the new wheeled medium and light brigades.

Note Bagulnik is lighter and simpler and cheaper than Pantsir-S1 and for 10-15 ton weight vehicles in the light armour brigades it will be much better as it will likely actually fit in one vehicle instead of 3-4.
Viktor

Little unexpected considering we havent seen much info about it but who cares .... the most important thing is that it is there

Willow is coming, after 2 years delay.
Igla-S won't be the most advanced manpad in Russian armed force ( and in the world) after so many years.
Great!
magnumcromagnon

What's the specifications for Verba, and how much more is it advanced or improved over the Igla-S manpad?
xeno

Check militaryrussia.ru/blog/
It has some speculations.
Morpheus Eberhardt

The missile furthest from the camera, in the first picture, and the one to the left, in the second picture, is claimed to be part of Verba (9K333).

9M336 is claimed to be the designation for one of the missiles used by Verba. 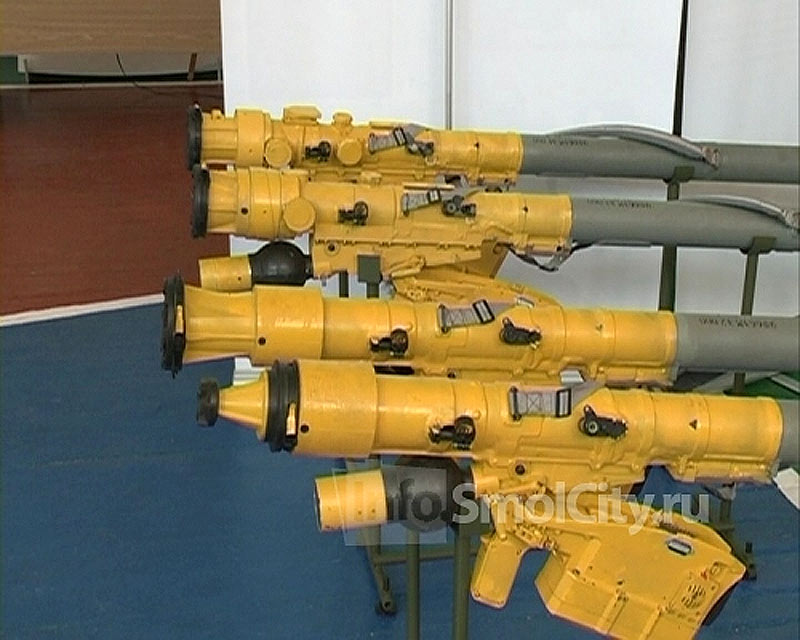 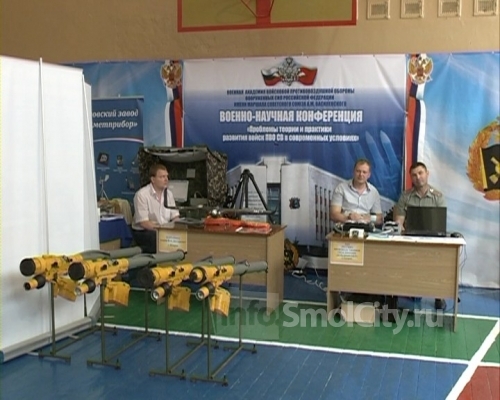 If you dig through some of the posts here there is information about Verba posted in one of the threads about the new SAMs.

There was an article in a Russian magazine from 2007 that had this to say about the new Verba MANPAD:


The Verba MANPADS, whose missile carries a 3-waveband optical homer, is to oust all variants of the Strela-2 and Igla MANPADS.
Unlike its predecessors, the Verba's range, altitude and speed have increased by 20, 30 and 20 per cent respectively to 0.5–5.4km, 0.01–4.5 km and 500 m/s respectively. Its reaction time is within 8 s, and its warhead has gained 1.5 kg more weight – an increase of 20 per cent.

So the main improvement is the 3 wave band optical homer... which sounds to me like it uses a sensor that can see IR light, visible light, and UV light to home in on a target.

This would make it rather capable against even stealthy aircraft because most jammers wont operate across the entire spectrum. For instance a Flare will give off UV light as well as visible light and light in the IR spectrum, whereas real aircraft don't give off UV light so such decoys can be detected for what they are immediately and ignored.

Operating in three wave bands suggests a visibly clear optical port, unless it uses two IR bands and UV band instead of visible light... The long and medium IR wavebands are used for different purposes in thermal sights because of the different sensitivities offer different benefits and features.
mutantsushi

GarryB wrote:So the main improvement is the 3 wave band optical homer... which sounds to me like it uses a sensor that can see IR light, visible light, and UV light to home in on a target.

Could be true, although given dual-band IR seekers are already established (both for countermeasure resistance and different range/H20vapor behavior of high/low IR), this could just as well be an extension of that approach, i.e. 3 bands within IR spectrum...  But whether also operating in UV/visible or just within IR, 3 bands will help countermeasure resistance, regardless.
GarryB

Another issue however is that one needs to be heavily cooled before use so it take about 30 seconds or more to cool down to operating temperature before it can be used, while the other is usable much faster. Modern IWS use the latter sensors which makes them smaller and lighter and quieter.

I tend to think this new missile will be using a new QWIP sensor chip like the new model Catherine XP third generation thermal imager now produced in Russia.

Very simply a modern CCD chip as used in a digital camera on a phone or video recorder or still camera uses light sensitive elements in a square grid array on the surface of a chip. When light falls on the elements it can record the intensity and hue and colour so combining the signal of all the elements you get a picture and displaying that picture refreshed 25 times every second gives a video recording.

The thing is that standard CCD chips are sensitive to IR frequencies... but generally only very short IR frequencies like those used in IR remote controls. If you point your TV remote at your digital camera and press a button on the remote you will see a flashing light coming from the remote. Of course that is active IR as used in WWII. Modern thermal imagers use a different area of the IR spectrum where objects above absolute zero emit ir light naturally... previously needing serious cooling using liquid hydrogen, but in modern cameras (3rd gen thermal) only minor cooling if any. Modern 3rd gen thermal imagers use CCD chip arrays... so combining a chip with elements sensitive to IR and visible light and UV would be fairly straight forward and offer very good performance for a missile.

The IR and visible light frequencies can be used to detect and track the target while the UV channel can help distinguish flares and the sun from the target (helicopters don't emit UV light normally).

A similar seeker could be used on a fire and forget anti tank missile.

Mass production could lead to such chips being produced for a few dollars each so you could use them for seeker/guidance packages for unguided missiles and bombs.

Not as all weather as MMW radar guidance... but much better than unguided.
Morpheus Eberhardt

Guys, see what you have done with a perfectly good thread on Verba by starting to respond to a forum user like RTN that obviously has no idea about anything that he tries to talk about.

Is RTN the same as the forum user named Deep Throat, by the way? Their posts are awfully similar.

I think this thread needs to be cleaned up.
Austin

bout 30 of the newest portable air defense systems" Verba "motorized rifle entered service connection Eastern Military District stationed in Khabarovsk Krai", - said A. Gordeev.
He added that before the end of the year on MANPADS "Willow" will be rearmed zenith division motorized infantry formations deployed in the Primorye Territory.


MANPADS "Verba" its characteristics of its predecessor "Needle". The missile is equipped with the latest tri-band optical homing. Range from 500 to 6.4 thousand meters, the height of destruction - from 10 to 4.5 thousand meters, speed destroys targets up to 500 m / s.

It says verba can intercept target flying at speed of 500 m/s thats ~ Mach 1.5

Isnt that too low just intercept target flying at M 1.5 what if the target flies slightly above that speed ?
Werewolf

Isnt that too low just intercept target flying at M 1.5 what if the target flies slightly above that speed ?

Military hit probability is measured by 80% or above is counted as Effective evering beneath as uneffective, in other words if a target flies 550m/s or 600 m/s it would have beneath 80% hit probability, but still could hit its target.
Viktor

Excellent, I hope they integrate them with Barnaul-T complex into IADS.
Austin

I was expecting Verba would intercept a Mach 2-2.5 speed target.

Russian armed forces took delivery of a new man-portable air defense system “Verba” developed by Kolomna-based Design Bureau of Machine Building (KBM, part of Vysokotochnye Kompleksy (stands for High Precision Systems) Holding Company). This system is unmatched, press-service of Rostec State Corporation reports.
«State testing of the system was completed in 2011. Today Verba man-portable air defense system is operated by a division of Airborne Forces and an infantry brigade of the Eastern Military District. The personnel, who have already tried the system, say that it is the best one in the world. Verba features unmatched acquisition range and damage area. 9K333 Verba man-portable air defense system outmatches currently operated 9K310 Igla-1, 9K38 Igla and 9K38 Igla-S systems as well as their foreign analogues –Stinger-Block-I (USA) and QW-2 (China) in terms of performance», - said in the press-service’s statement.

Verba is the next-generation man-portable air defense system. Its performance has been improved thanks to using a brand-new three-spectral seeker (Igla-S is fitted with two-spectral seeker) and a new instrument compartment. Sensitivity of the optical seeker has been increased multiple times and jamming protection was improved. As a result the damage area was expanded and the system’s efficiency was increased. One of the Verba’s main advantages is high probability of hitting a low-signature target: cruise missile, UAV, etc. These air targets are hard to detect and even harder to destroy.

Moreover, the system’s quality and reliability have been improved and its maintenance has been eased. «Now there is no need to carry out periodic checks including cooling of the seeker with nitrogen. This fact allows the armed forces to stop using additional equipment, nitrogen storages and use less human resources. At the same time the high degree of commonality between Verba and older models has been kept in terms of combat performance, operation, maintenance and personnel training. KBM signed a long-term agreement with Russian Ministry of Defense for delivery of Verba systems and launched its mass production», - Rostec added.
Mike E

Sweet! I can't wait to see just how good it really is...

Nice video, but at 1 minute 33 seconds the launcher depicted is the RPO-A grenade launcher.

Also I am not so sure all those MANPADS depicted were anything other than Igla or Igla-S.
Morpheus Eberhardt

GarryB wrote:Nice video, but at 1 minute 33 seconds the launcher depicted is the RPO-A grenade launcher.

Also I am not so sure all those MANPADS depicted were anything other than Igla or Igla-S.

That's true; there was no system in the video that could be identified as Verba.
Akula971

After an excruciating discussion about AH 64D's capabilities and Russians strategic ADS capabilities, we get one video of the Verba which aint even of the verba.

I'll keep an eye out for this ADS.
Sponsored content