“We will receive a battery of Nona self-propelled artillery vehicles in late August. This includes ten vehicles plus two command vehicles,” Shamanov said.

The Airborne Troops are currently testing two new radio communications sets, which will help control the troops’ operations at a distance of up to ten kilometers, the general said.

“This is just what we lacked during the first and second [Chechen] campaigns and the five-day war [during last August's conflict between Georgia and South Ossetia],” he said.

The Airborne Troops are also taking steps to modernize their servicemen’s ammunition, a set of which should weigh no more than 25-30 kilograms, Shamanov said.

That is rather strange.

The NONA is hardly a new vehicle.

Or is it a new version based on the BTR-80 chassis called NONA-SVK?

When I first read the title of this thread I assumed they meant the VENA with the 120mm automatic gun/mortar mounted on the BMP-3 chassis.

Note I am assuming also that it was the new modern communications equipment they were lacking in South Ossetia and the first and second chechen campaigns rather than self propelled artillery.
kjasdu

Hello, I've been looking at the 2S9 and I have to say it's phenomenal. From the following video you can see how it can be used as a direct and indirect fire support vehicle:

Some of its advantages:

I'm in the opinion of not to fight tank-vs-tank battles, as this kind of thinking easily leads to an armor and ammunition arms race which results in very heavy, very immobile vehicles we see today. This vehicle is perfect for urban, jungle and hilly combat. Think of the battles in Syrian towns and cities or South East Asian jungles, or South American hilly terrain. I could be wrong, so I'd like to hear your opinion on this.

The only thing that prevents it from getting a 10/10 in my book is it has no HESH ammunition, which is crucial for destroying structures in urban combat. Since the 2S9 can direct fire, it can surely lob some HESH round, so why the oversight? Or am I missing something here?

Note that the British had the FV433 Abbot SPG that can fire 105mm HESH rounds.
Cyberspec

Nona uses HEAT rounds for anti armour use in the direct fire role, so there is really no urgent need for HESH.

HESH is totally ineffective against targets with spaced or layered armour that has a cavity in it.

Even Warrior IFVs have survived direct hits from Challengers firing 120mm HESH rounds... not because the Warrior is some super IFV, but because HESH is ineffective against targets with spaced armour.

How about NONAs big brother:

Similar range with 130kg projectiles including laser guided rounds Santimetre. With the new electronic guidance fuses for 152mm rounds and up you could fit these standard 110kg 240mm mortar shells with a GLONASS guidance and fusing package that will allow it to hit point targets at 13km range or more.

Already in Syria AFAIK. Though not with the new guidance kits.
Werewolf

Pugnax wrote:The Bundeswehr maintains large stocks of HESH,and nobody thought a 76mm gun could kill a t-55 on the front glacis at any decent combat range.As for the hesh effect,throw a ball off silly putty at a contoured surface and watch the spread...imagine this over a large surface of ERA tiles.Im not saying it will kill a modern MBT but it allows older,less capable systems a chance to play a role on the battlefield.

Try it with a T-55AG or AGM with spall liners, you won't have any result regardless of 76mm or 120mm, it won't have any influence on an ERA covered tank!
What do you expect to happen, that all the ERA will explode and kill the tank? ERA gone or not gone a rifled cannon can not penetrate the armor!
Even smoothbores today can't penetrate any MBT without ERA.
kjasdu

Great discussion! I have a couple more questions:

1.I think not, mortar rounds are really slow and with slow speeds you wont get the kind of spread when the Hesh hits the target
2.I think no, you need to put up a shell around the explosive putty to enable pentration of hard stuff, and you end up with HE-frag
kjasdu

collegeboy16 wrote:2.I think no, you need to put up a shell around the explosive putty to enable pentration of hard stuff, and you end up with HE-frag

I think you misread my second question. I was asking about delayed and air-burst fuses for 120mm HE-FRAG mortar rounds, not HESH.
GarryB

1. Is it feasible to develop HESH mortar rounds for the 2S9 with the appropriate fuse?

The 120mm gun mortar of the 2S9 already has a direct fire anti armour round... it is a HEAT round.

A 120mm HESH round would be a direct fire round too but would be totally ineffective against any vehicle with spaced armour.

Yes, there are both proximity, impact, and delay action fuses for 120mm mortar bombs and shells.

The 125mm main gun ammo of most modern Russian tanks also has similar features in that it has a fuse with a safety cap and a detonator setting... with the safety cap on and the detonator set to open the explosion reaction time is 0.01 seconds, which means the nose of the shell will penetrate a brick wall or soft structure and then the shell will explode.

With the detonator set to closed and the safety cap in place the reaction time is 0.1 sec. This is a special setting for bunkers and earthworks or buildings so the shell fully enters the structure or light vehicle before exploding with devastating effect.

When the shell is travelling very fast there is a chance for the fuse to be sheared off before it detonates the main charge, or in the case of deep snow or mud that the round might bury itself before exploding so with the detonator set to open and the protective cap removed completely the reaction time is something like 0.001 of a second and the slightest contact will set off the round including rain or the muzzle cover of the main gun. The ammo can only be handled and loaded and fired in this setting when the vehicle is still.

I rather suspect the 120mm mortar and shell rounds have similar setting options, though they will also have proximity fuses for air bursts.
George1

does anyone have any info how many 2s9 nona are in service in russian army?
GarryB

It is a VDV system AFAIK, the Russian Army does not use it.
George1

It is a VDV system AFAIK, the Russian Army does not use it.

so this thread should be transferred to VDV section
GarryB

I just watched this video

This system is simply amazing and unique, no equivalent worldwide...

Both high pressure howitzer and mortar, you can see differences in fire mode in the video, extremely powerful recoil for the former, and light noise and recoil for the latter.

Howitzer rounds have a built-in "driving band" fitting to the rifling of the barrel, HEAT having this "teeth" band on a ball bearing (to garantee maximum HEAT effect without spin), mortar rounds are used as a smoothbore tube

I want one! I wouldn't want to be facing a VDV division... NONA, BMD, heavy firepower inside the infantry platoon, and what not...

The 2S9 Nona-S self-propelled mortar system is undergoing final trials in Perm before being sent to one of Russia’s paratroop divisions, Zvezda TV reported.

This light vehicle boasts a panoramic sight, satellite navigation and an automatic system of fire control.

The 2S9 Nona (Newest Ordnance of Ground Artillery) is an amphibious vehicle that can be propelled through the water by two rear water-jets. It utilizes a 120 mm mortar with a 1.8-meter-long barrel and is operated by a four-man crew.

The 2S9 Nona is compatible with rifled rounds, specially developed for this artillery system, and any 120-mm mortar mines used by many foreign armies.

This mortar system can be used as mortar or howitzer, delivering direct or indirect fire.

The 2S9 Nona features a suspension that "squats" to fit into the terrain and ensures an optimal firing angle for its gunner.

The vehicle is powered by a 5D20 diesel engine packing 240 hp and provides a maximum speed of 60 km/h.

During the early 1980s, the Nona-S artillery system proved to be effective in mountainous terrain during the Soviet war in Afghanistan.

With its high maneuverability and impressive firepower, it was a real boon to paratroopers. It could also engage targets not accessible to ordinary guns and howitzers, because of its range.

“I talked with officers who served in Afghanistan and they heaped praise on this self-propelled gun, which they said was extremely accurate in direct and plunging fire situations alike,” Viktor Ignatyev, a test driver, told Zvezda TV.

With two wars behind its back, the 2S9 Nona is still going strong as a powerful weapon and will live on as a weapon Russian paratroopers can rightfully be proud of. 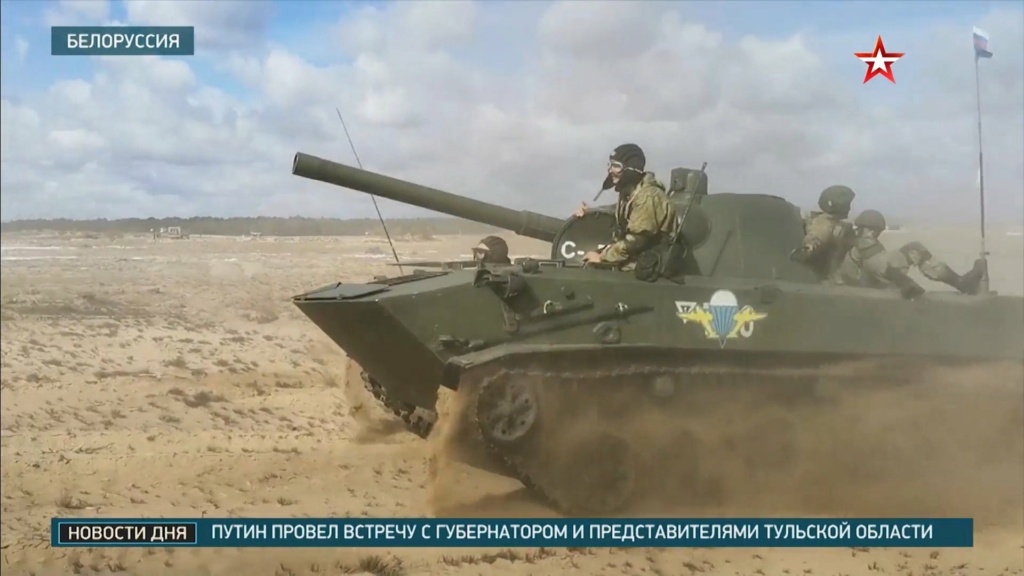