"We have decided to open negotiations with the Norwegian government on possible purchase of the NASAMS systems," Defence Minister Juozas Olekas was quoted as telling BNS.

Poland is also seeking to acquire the NASAMS system, Norwegian media has reported.


The Baltic states and Poland are in discussions with defence contractors to create a regional anti-aircraft missile shield to protect against Russian aircraft.
Fearful of the build-up of Russian troops on their borders and in the Baltic Sea enclave of Kaliningrad, the four countries believe they must develop capabilities to restrict the Kremlin’s military manoeuvrability and tip the military balance of power in the region back in their favour.

“We are in discussions now with the Estonians, the Latvians and the Poles over how we can create some kind of regional air defence system,” Lithuanian defence minister Juozas Olekas told the Financial Times on Friday. It is hoped the system will be operational within two or three years. The quartet of countries is “evaluating procurement options”, Mr Olekas said.

The speed with which Russian forces could overrun regional military powers, aided by its overwhelming air superiority, will be one of the most pressing issues discussed by Nato at its biennial summit in Warsaw in July.

Nato will announce plans for four new battalions of troops to be permanently deployed to the region at the summit, but hawks in the alliance believe the measures may not be enough to deter Russian action.

“The [battalions] are a strong step forward,” said Mr Olekas “But we need to discuss how we can refine and continue this process.”

Estonia’s defence chief Lieutenant-General Riho Terras told the Financial Times last month that US patriot missiles — or a similar system — were urgently needed to give regional forces a “credible” chance against Russia, and to deter any provocative action by the Kremlin.

The move to acquire anti-aircraft missile systems is part of a broader push by regional powers to increase their air defences.

The Baltic states are also lobbying for Nato to recalibrate its Baltic air policing mission. They want a fully-fledged aerial defence mission, which would require the deployment of dozens of Nato jets.

“We are discussing very actively with SACEUR [Nato’s supreme allied commander] how to create an air defence system over the Baltic states — not only anti aircraft rockets but an air defence mission here, too,” said Lieutenant-General Vytautas Zukas, Lithuanian chief of defence. “This is a big problem right now.”

Those changes are unlikely to be agreed by Nato allies swiftly. Lt Gen Zukas believes it is part of a process that will unfold over the coming years and would need political sanction from the North Atlantic Council, Nato’s principal political decision-making body.

That may prove difficult. Many within Nato are wavering at the prospect of triggering an escalation in hostilities with Russia, and fear eastern European alliance members are paranoid.

France and Germany, in particular, have pushed in recent alliance meetings for a more conciliatory tone towards the Kremlin. Nato defence ministers are due to meet in Brussels this week to finalise the agenda for the July summit. 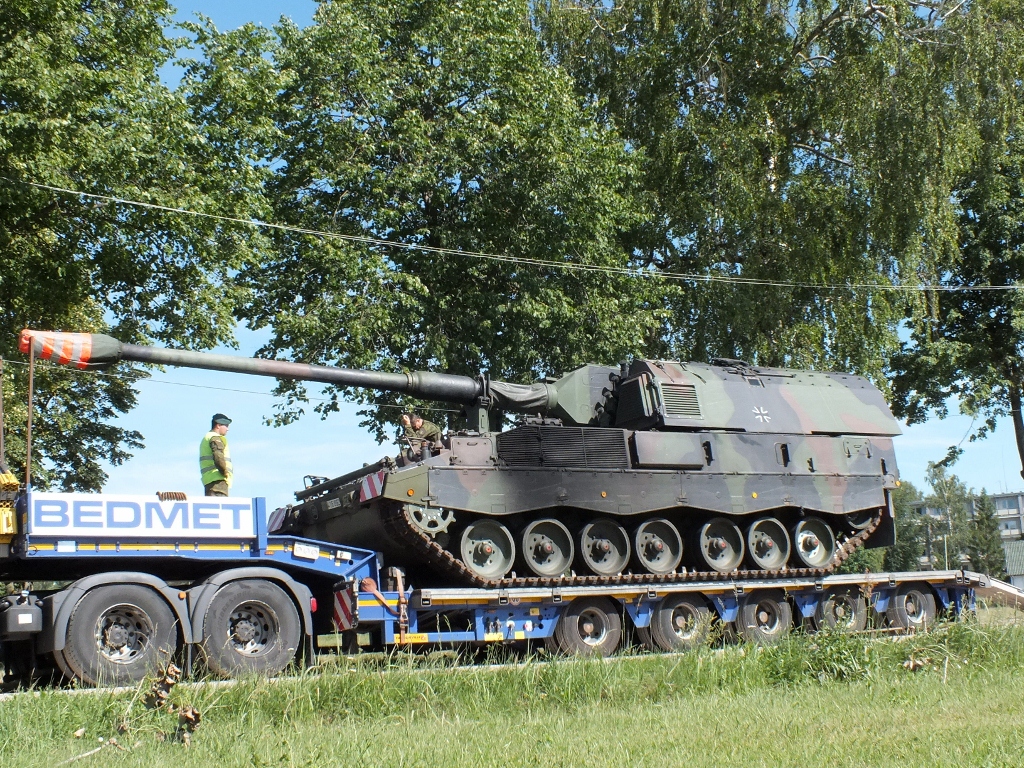 According to Estonian media, morning October 7, 2016 in the Estonian port of Paldiski in Finnish ro-ro Finnsun were delivered the first 12 armored infantry fighting vehicles of the Swedish production CV9035NL Mk III from among the 44 units acquired for the armed forces of Estonia, the Netherlands, the presence of the army. Armoured Recovery Vehicle Standard and machine learning - together with their two cars on the chassis tank Leopard-1 have also been delivered. All delivered equipment after unloading October 7 was transported on trailers at the base of the elite Scout Battalion (Scoutspataljon) 1st Jaeger Infantry Brigade of the Estonian Army Thapa.

But Why? It doesn't make any sense. It's two medium batteries for a country that would be within firing envelope of Russian rocket and tube artillery from outside the Estonian territorial border.

IMO the only good idea is ATGM stocking and light portable artillery assets.

Question is , better to fight defensive war close to own borders or offensive war near enemy borders ? Many complained about Iran geographic " encirclement " during Afghan and Iraq wars by yanks . But Iran could not take the war to yank borders even if it wanted to . In case of Georgia , the yanks would be trapped in a pond far far away from home . Logistics across the Atlantic ! Also offensive forces cost three times more than defensive ones in human losses alone . As long as they are not actually fighting on your territory . An upside for us . I guess . Who would win the American civil war ? Marx commented that the side with greater ability to move resources across the continent . Shorter distances , less resources . Less vulnerable . Pulling back across vast distances in soviet Russia against Germany advance . Streached their supply lines .

As the Ministry of Defense of Latvia reported, on the evening of October 1, 2017, the first batch of 155-mm / 39 M109A5Ö self-propelled howitzer M109A5Ö howitzer manufactured by the Austrian armed forces was delivered to Liepāja by ferry. On October 2 delivered howitzers should be transported from Liepaja to the base of the infantry brigade of the Latvian army in Adazi. It is expected that on November 18 these systems will be demonstrated at the military parade in Riga. 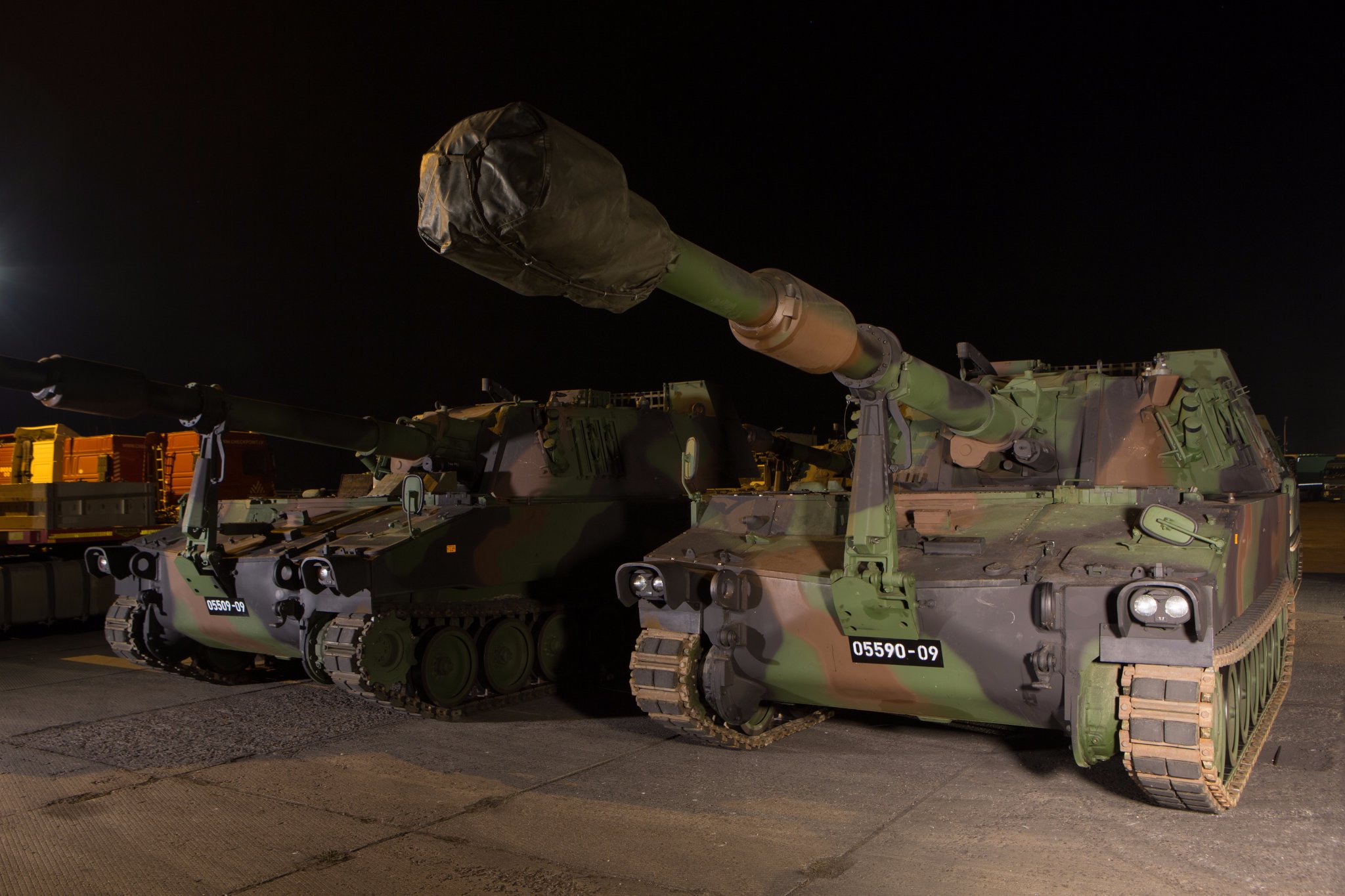 On October 26, 2017, the Ministry of National Defense of Lithuania signed in Vilnius the final contract worth 110 million euros with the Norwegian group Kongsberg for the purchase of two batteries of the medium-range antiaircraft missile system NASAMS 2 for the Lithuanian armed forces. The delivery will be made by 2021, which will seriously strengthen Lithuania's antiaircraft defense, which now has only portable air defense missile systems RBS-70 and Grom 2 and one battery of eight combat vehicles of the short-range anti-aircraft missile system Boeing Avenger, The missile of the Stinger complex.... 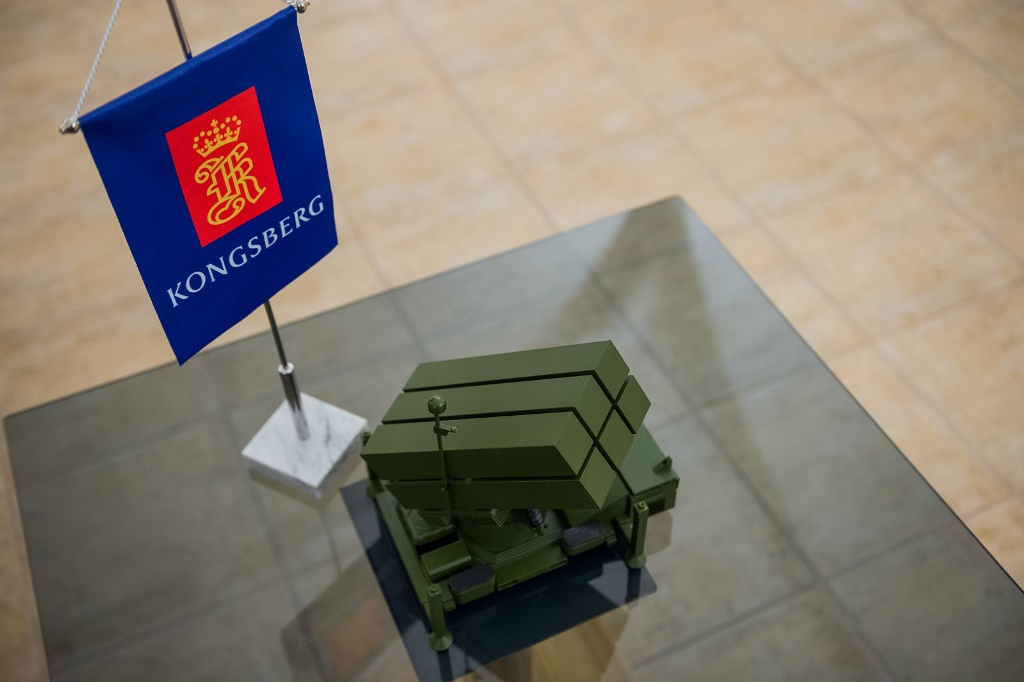 The decision to purchase in Norway SAM NASAMS 2 was adopted by the Government of Lithuania, in May 2016, followed by more than a year were negotiated with the Norwegian and American sides, a preliminary agreement on the purchase of the complex Lithuania was signed in October 2016.

Medium-range air defense missile system NASAMS (originally Norwegian Advanced Surface to Air Missile System, today stands for National Advanced Surface to Air Missile System), co-developed and manufactured the Norwegian group Kongsberg (serving its integrator) and US Raytheon Corporation. The complex is based on a combination of radar AN / MPQ-64F1 Sentinel and use SAM as a missile "air-to-air" active radar homing family AIM-120 AMRAAM. The shooting range of the complex in the modern configuration of NASAMS 2 is 20-25 km, and reach in height - up to 14-15 km.

Initially NASAMS complex was created in the interests of the Norwegian armed forces, and so far he is in service in Norway and in small quantities in the United States (where it is used for the defense of Washington since 2004). The complex is also purchased by the Netherlands, Spain, Chile, Finland, and recently also ordered by Oman. In April 2017, the decision to purchase the NASAMS 2 air defense system was taken by the Australian government.

Coglasno some reports in the Lithuanian media, Lithuania ordered complete SAM NASAMS 2 transportable launchers complex will be transported by two-tier tracked transporter BAE Systems Hägglunds Bv 206. The battery will include four shooting platoon (a total of 12 launchers) Ammunition capacity and six radar AN / MPQ-64F1 Sentinel. According to the press release of the Ministry of National Defense of Lithuania, the mobile launchers themselves will come from the presence of the armed forces of Norway, with repair and modernization. 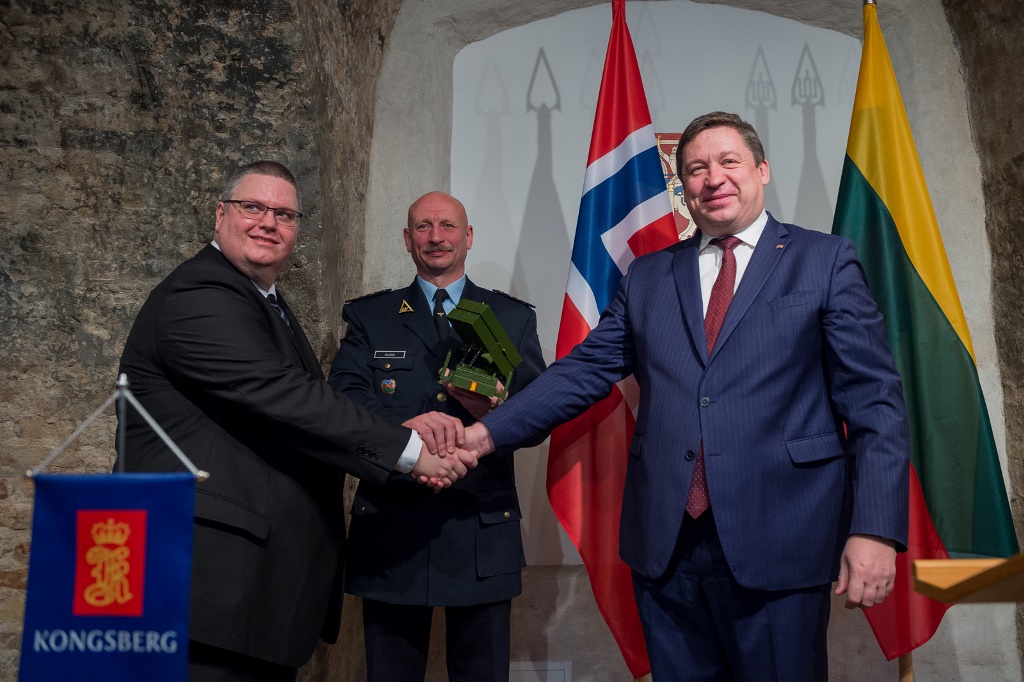 As reported by the Estonian Defense Forces, on December 11, 2017, they received the first batch of modified portable anti-tank missile systems Javelin Block 1 from the United States. Javelin Block 1 missiles were produced directly from the Javelin joint venture of Raytheon and Lockheed Martin. 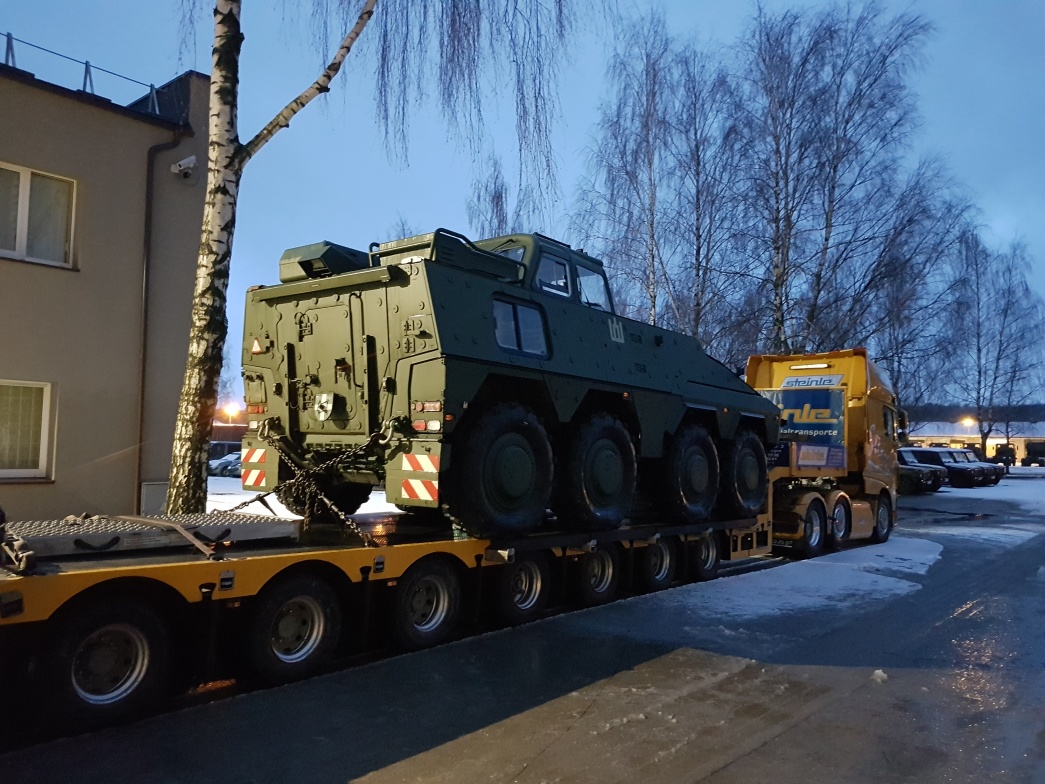 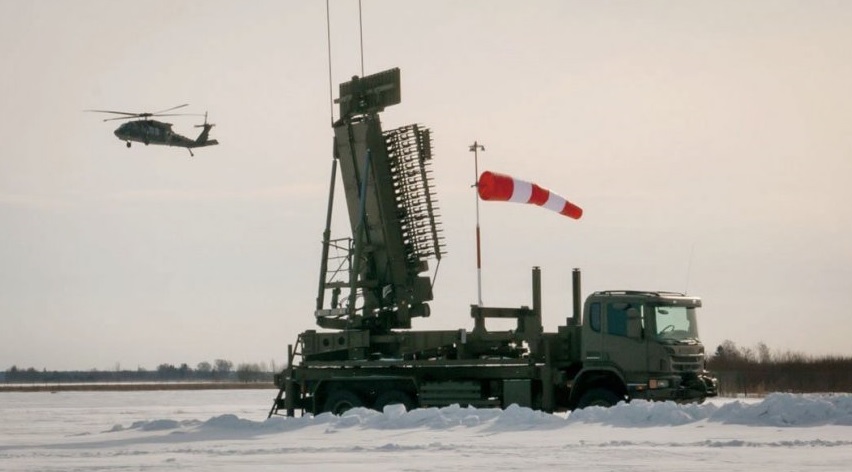 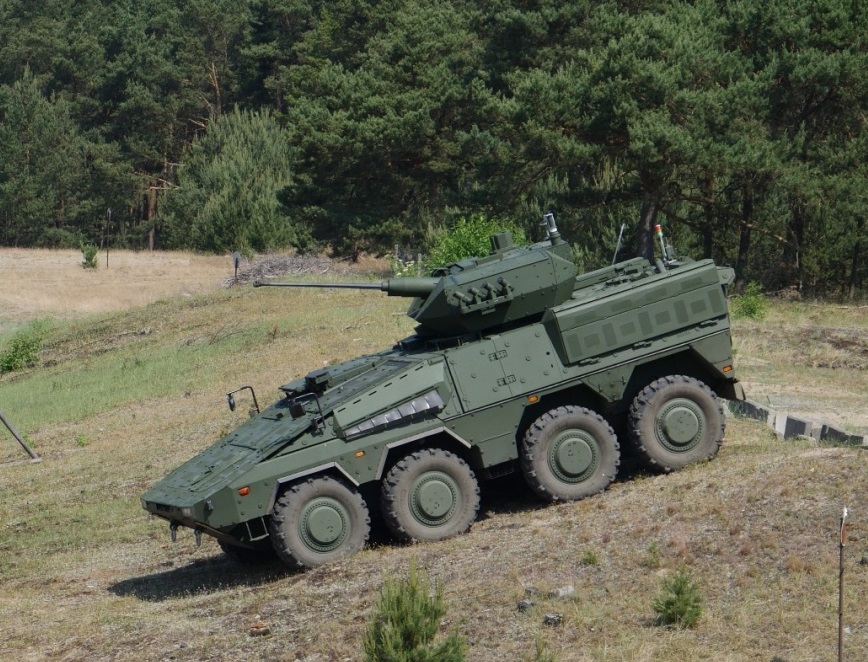 On November 24, 2018, a military parade was held in Vilnius, the capital of Lithuania, in honor of the 100th anniversary of the Lithuanian army.

The solemn event began at noon on the avenue of the Constitution. It was attended by 1,8 thousand Lithuanian soldiers, as well as soldiers from 14 NATO countries and allies. The parade was watched by the top leaders of Lithuania, including President of the Republic Dalia Grybauskaite, Speaker of the Seimas Viktoras Prantszketis and Prime Minister Saulius Skvernyalis, as well as delegations from foreign countries.

As reported on December 4, 2018 by the Estonian Defense Ministry’s National Defense Investments Center (Riigi Kaitseinvesteeringute Keskus - RKIK), the American company Lewis Machine & Tool Company (LMT) was declared the winner in the tender for the supply of automatic rifles of 5.56 mm and 7.62 mm for of the armed forces of Estonia. In the near future, the LMT should conclude a contract worth 22 million euros for the supply of 16,000 rifles in 2019-2021. The contract will also include an option to supply an additional number of rifles by 2026. 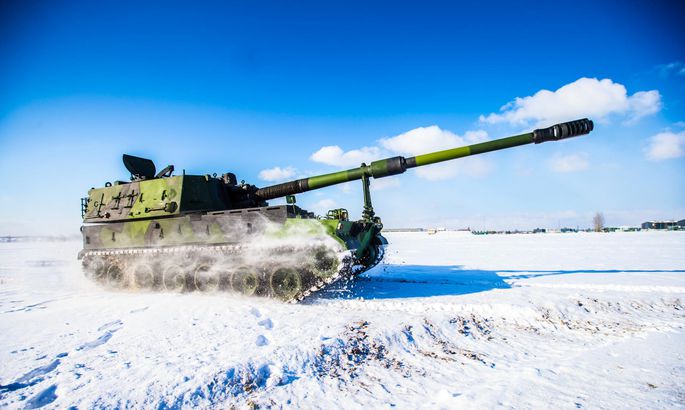 All that expensive kit on a shoe-string budget. From the most expensive manufacturers - South Korea, US, Norway, Germany.. Wunderbar!

Russia gets equivalent SP artillery, APCs, SAM complexes, etc... at a fraction of those prices.
George1

As the Lithuanian Ministry of National Defense reported on October 3, 2019, at the end of September, Lithuanian Air Force specialists began accepting and testing the NASAMS 2 medium-range anti-aircraft missile system manufactured for the Lithuanian Air Force at the Norwegian company Kongsberg. Elements of air defense systems manufactured specifically for the Lithuanian air force will first undergo factory tests, and then from February 2020 - field tests, after which by the end of 2020 both ordered NASAMS 2 air defense batteries will be delivered to Lithuania. 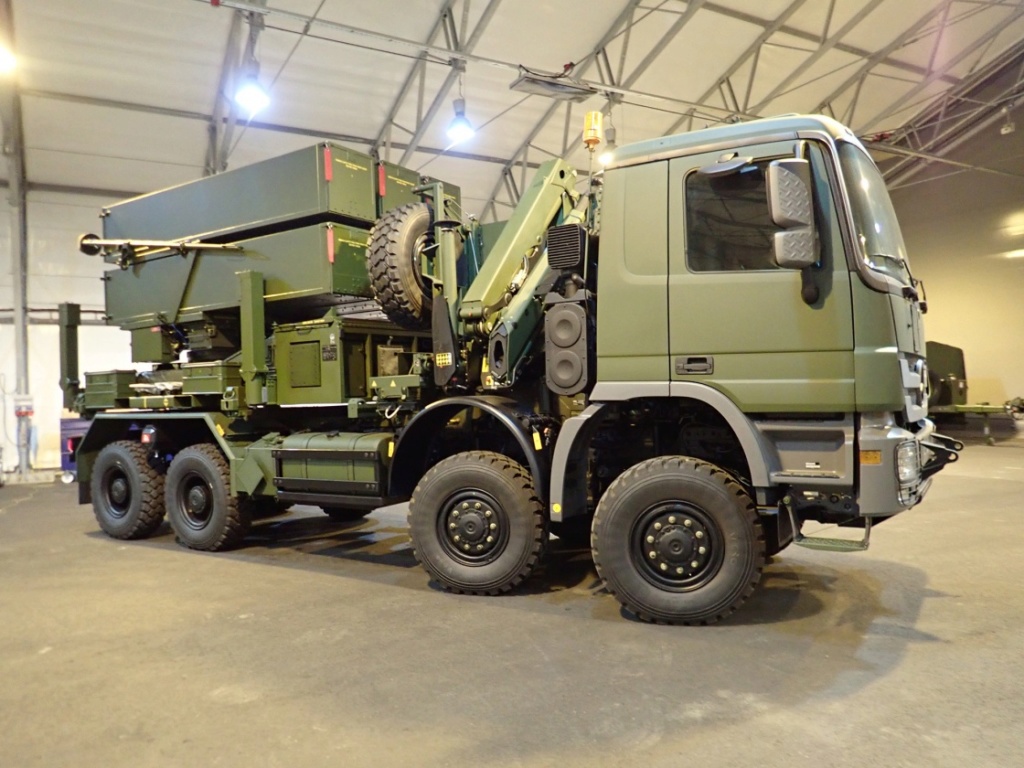 All that expensive kit on a shoe-string budget.

They have a quota to meet when it comes to spending on their military... the stuff they are buying will likely only ever end up being used to support NATO operations in Iraq or Afghanistan or perhaps Libya or Yemen, so artillery would be useful for supporting Georgian troops deal with problems created by Washington... where the solutions create more wealth for the billionaires in the US... selling the weapons to countries that don't need it and then creating situations where they can use it that end up creating more income for those same billionaires when the conquested countries need to use construction companies also owned by the billionaires to restore life and damaged property the billionaires weapons destroyed... paid initially by US taxpayers through loans to the countries in question but paid back with interest to those billionaires banks...
Sponsored content