NOVO-OGARYOVO, October 9 (RIA Novosti) – The Russian government is set to radically centralize its space industry in a bid to combat major inefficiencies and cut down on the misuse of funds under plans unveiled Wednesday by Deputy Prime Minister Dmitry Rogozin.

Speaking to President Vladimir Putin about the plans, Rogozin said a new state corporation will be created to take over manufacturing facilities from the Federal Space Agency, whose prestige has been severely dented in recent years by a string of failed rocket launches.

The proposed United Rocket and Space Corporation will enable the trimming away of redundant departments replicated elsewhere in the space industry, Rogozin told Putin.

A variety of manufacturing facilities in the rocket and space industry are currently bundled in 10 integrated structures and there are also a large number of independent organizations operating outside those structures that operate to their own plans, said Rogozin, who oversees the country’s defense sector.

The new corporation will introduce a unified technical policy and save financial resources by consolidating developers and manufacturers, he said.

Rogozin said that the space industry needs to diminish its reliance on imported components, especially in the production of satellites, and should focus on domestic production.

The plan would improve on the current state of affairs by effectively combining the civilian and defense capabilities, Rogozin said.

The proposed corporation will comprise all rocket and space-manufacturing facilities and design bureaus, except for a number of defense-related firms, Vedomosti business daily reported Wednesday.

Federal Space Agency chief Vladimir Popovkin told Vedomosti it would take about a year to create such a corporation.

Under the plan, the Federal Space Agency, or Roscosmos, will act as a federal executive body and contracting authority for programs to be implemented by the industry, Rogozin said.

He said Roscosmos' future functions remain to be ascertained and that its management will be boosted.

Roscosmos has seen a number of failed launches in recent years, though none involved manned missions.

In July, a Proton rocket blew up shortly after launch because the angular velocity sensors were installed upside-down and apparently hammered in to make them fit, according to an official investigation.

An Audit Chamber report in July concluded that Roscosmos was ineffective and plagued by poor management and misuse of funds.

Its also said the agency had only launched 47 percent of Russia's required number of satellites between 2010 and 2012.

The proposed United Rocket and Space Corporation is roughly analogous to existing state-controlled joint stock companies such as United Aircraft Corporation, which integrates the aviation sector, and the United Shipbuilding Corporation, which unifies shipbuilding, repair and maintenance subsidiaries across Russia.
George1

Oleg Ostapenko, chief of the Roscosmos federal space agency, said that meetings had been arranged with the Russian Academy of Sciences to discuss the project and later confer with scientists. “It’s an interesting topic,” he said.

Detecting and combating threatening space rocks is a complex task, Ostapenko added, which may also require teamwork with Russia’s Aerospace Defense Forces. The issue “can be solved only within the framework of all our country’s possibilities,” he said.

The announcement follows last week’s discovery of a 410-meter-wide (1,350 foot) asteroid that could hit Earth in 2032, which Deputy Prime Minister Dmitry Rogozin called “a super-task for our space industry.”

Scientists’ initial estimates say the asteroid has a 1 in 63,000 chance of colliding with Earth on August 26, 2032, though they said astronomers will be able to better evaluate the impact risk in 2028.

The asteroid has been given a 1 out of 10 rating on the Torino Scale, which estimates asteroid impact hazards.

Another space intruder made headlines earlier this year when a meteor exploded over Russia’s Urals city of Chelyabinsk in February, shattering windows and shocking residents.
Viktor

I wonder with launch mass of 2.5 T why was Proton-M used when the last Proton-M launch put 6T sat in orbit ?

Also with a launch life of 5 years its very low for communication satellite which today works for 15 years.
xeno

I think that Proton-M launches a lighter military satellite in GSO orbit while commercial heavier satellite are launched in GTO orbit.

More likely an indication that they are expecting results of investment in the electronics industry so keeping the satellite up for a long time is not so useful.

Their communications requirements are going to expand enormously over the next few years with the introduction of a lot of net centric vehicles and equipment, with a lot of new manned and unmanned platforms using communications demand is going to radically increase.
sepheronx

Why would that be a sign of it? What brings you to that conclusion when other Russian sats with similar hardware has higher life expectancy. I think you are looking for a reason that isnt there.

I would see more like at the concept of "is this the sat of our needs?" "Will it work for us properly?" Do we have the equipment all set up properly to handle the communications?

Lots of other questions.
sepheronx

GarryB wrote:More likely an indication that they are expecting results of investment in the electronics industry so keeping the satellite up for a long time is not so useful.

Their communications requirements are going to expand enormously over the next few years with the introduction of a lot of net centric vehicles and equipment, with a lot of new manned and unmanned platforms using communications demand is going to radically increase.

The electronics industry is already paying off in Russia. Elvees and mikron are leading in semiconductor development for civil/military/space technologies. Majority of controllers for sats are designed by these two companies. Only recently has Russian mod has looked at other sources like mikroclet for space development.

Edit: not mikron but RTC module makes for satellites. Actually, majority of their products can be found in multiple of satellites in Russia, including glonass and alike, which all have different lifespans. With the introduction of mram next year in Russia and if roscosmos and mikroclet come up with a new cell processor for satellites, it will make things quite interesting, especially for private developers as there will be more options and competition.
Viktor

Cant read without paying it but the title said it all. 100 ton spacetruck is in development.
George1

today is the anniversary of Buran Space Shuttle
Viktor

nice... 3 rocket launches and they have another ISS.

Well the Americans are patting themselves on the back for ending the purchase of Russian Helicopters for the Afghans...

I wonder when they will demand NASA stop buying Russian RD-180 rocket motors to power all their heavy lift rockets taking all their spy equipment into space for the next 10 years.

GarryB wrote:Well the Americans are patting themselves on the back for ending the purchase of Russian Helicopters for the Afghans...

Its oftopic but I want to make a thing clear. Pentagon will buy 63 Mi-171 helicopters from Russia. That 63 helo deal is not in question no matter that it comes in phases.

If this can be done economically, I wonder what possibilities this could open up, in addition to the usual satellites/ISS additions?

Maybe something like this?
Plugged into the sun: Solar panel satellite could beam a THIRD of humanity's power to Earth by 2025, claims former Nasa engineer
Viktor 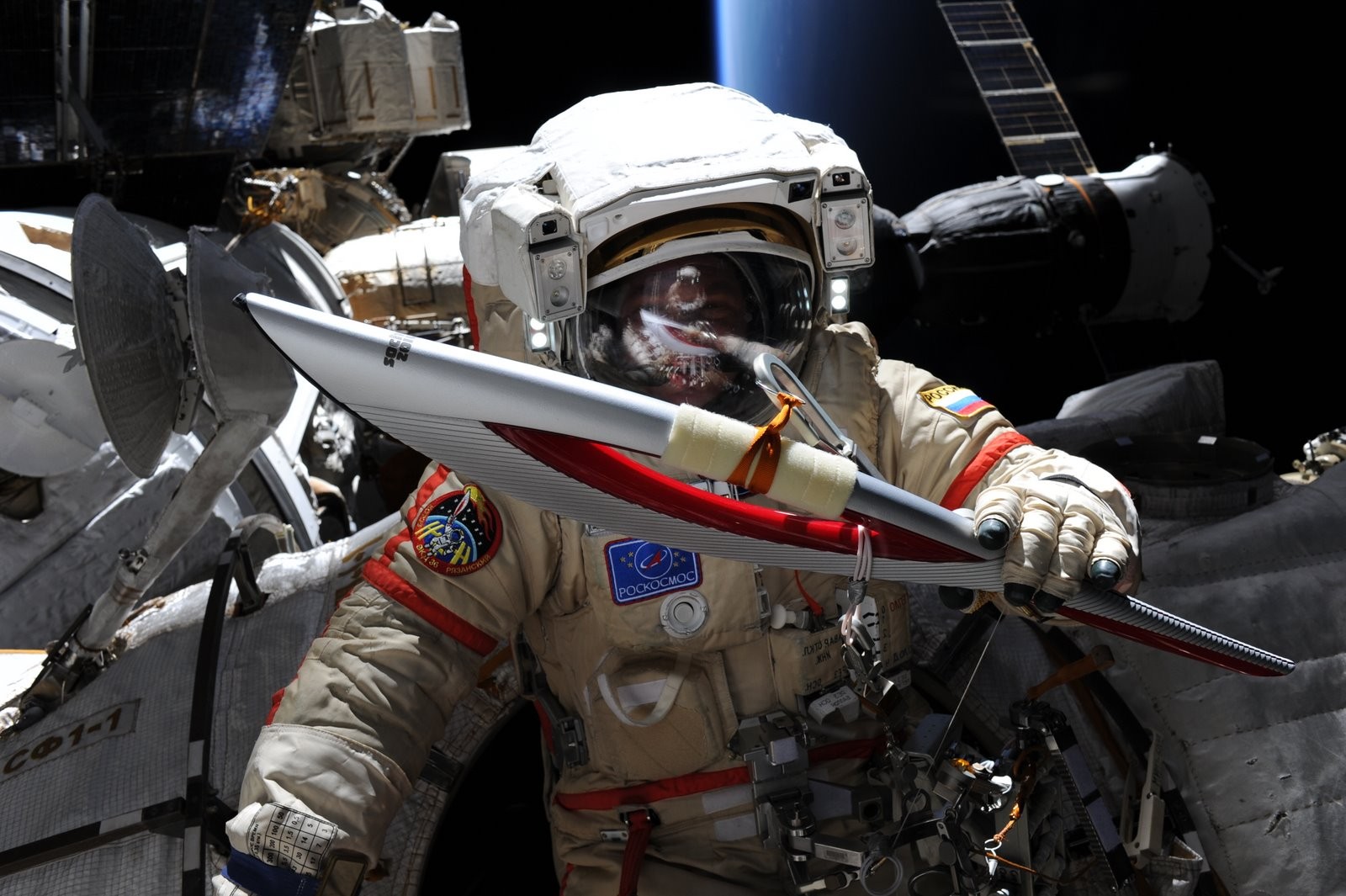 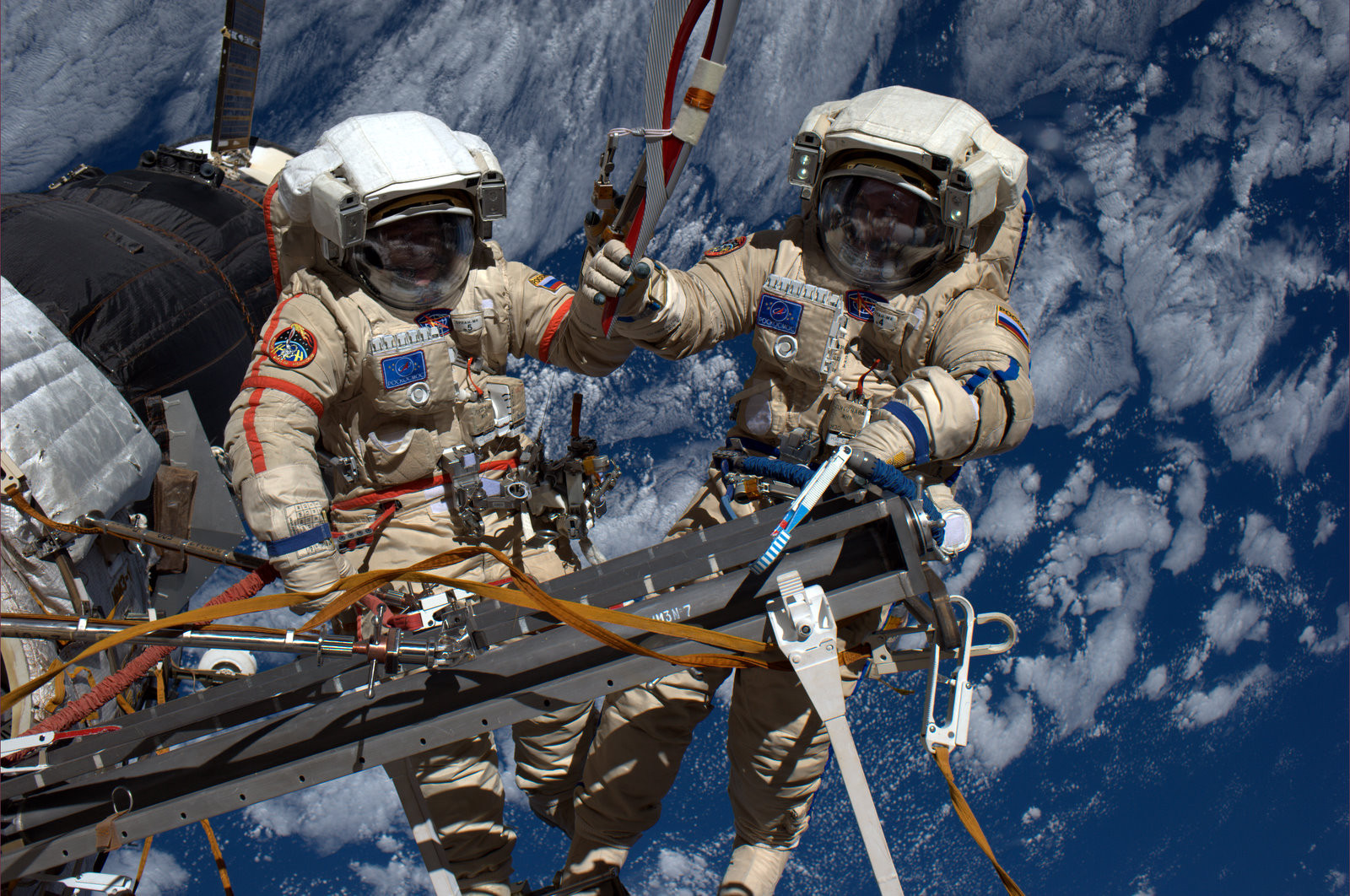 Not an autonomous robot, this is more a controlled robot extension of a human.

Would be ideal in situations like bomb disposal and dealing with dangerous substances (WMDs).

Also operating in dangerous environments like space or deep underwater.

The idea is to unite Energia concern and Roscosmos into one company to:


MOSCOW, December 2 (RIA Novosti) – Russian President Vladimir Putin on Monday signed into law a decree to establish a state corporation that will consolidate developers and manufacturers of spacecraft.


The new United Rocket and Space Corporation will take over manufacturing facilities from the Federal Space Agency (Roscosmos), whose prestige has been severely dented in recent years by a string of failed rocket launches.
The decree was posted on the Russian government’s legal information website on Monday afternoon.
The country is set to radically centralize its space industry in a bid to combat major inefficiencies and cut down on the misuse of funds under plans unveiled by Deputy Prime Minister Dmitry Rogozin, who oversees the defense and aerospace sectors.

Sorry George but the Soviet system was not all one big company like most in the west seems to think... sure it was all run by the government, but there were dozens of different design bureaus that only handled design, then there were factories and subcontracting companies to make parts and assemble them... If unification of the various industries was going back to the Soviet system then there would be no such thing as MiG, Sukhoi, Ilyusion, Tupolev, Beriev, Lavochkin... they would all be one design bureau that made planes.

In fact Lavochkin, who made planes during WWII was shifted to making super large cruise missiles and then space craft as one of many other design bureaus that did the same.

Unification of the different design bureaus into one might sound like a recipe for disaster, but eliminating internal competition and redundancy is a good way of reducing extra costs and unnecessary spending.

There is a claim that competition and market forces is the most efficient way to do things but that is not the case most of the time either.
Austin

When i try to copy some rockets from real life space programs in Windows Kermit's Space Program, it ends in a disaster.