PPTS is the Russian abbreviation of "Perspektivnaya Pilotiruemaya Transportnaya Sistema" or "Prospective Piloted Transport System." The goal of the project was to develop a new-generation spacecraft to replace the venerable Soyuz. By the beginning of 2009, upon abandoning plans for cooperation on the project with Europe, Russia's federal space agency, Roskosmos, ordered the industry to finalize proposals for the new manned spacecraft.

Roskosmos envisioned several modifications of the spacecraft: an Earth-orbiting version that could fly 30-day-long autonomous missions, or year-long missions while docked to the ISS in an orbit with an inclination 51.6 degrees or to the future Russian space station launched from Vostochny into a 51.8-degree orbit. A lunar version could fly 14-days missions to orbit around the Moon, or stay docked to the lunar orbital station, LOS, for up to 200 days. (This requirement hinted about the possible long-term plans of the Russian space agency for lunar exploration). The spacecraft could serve as a manned transport vehicle, or as an unmanned cargo ship.

Regarding Russias future plans for space:

Russia plans landing on the Moon by 2018

Russia has begun to develop manned spacecraft for flying to the Moon. The testing launches of these spacecrafts will start in 2015. Russian scientists also plan to develop the methods for landing and taking off from the lunar surface, inter-orbital tow trucks, and a spacecraft for technical maintenance of space vehicles.

The exploration of lunar surface is an integral part of the space exploration strategy till 2030, which is being developed by Russia’s state space agency Roskosmos. In the future, if sufficient funding is provided, Russia will be able to build a base on the surface of the Moon, Igor Marinin, chief editor of the News of Cosmonautics magazine says.

"Recently large water reserves have been discovered on the Moon which means that we don’t need to take water to the Moon from the Earth. It is possible to produce energy, oxygen and chemical substances which serve as fuel components right on the Moon. This makes the lunar exploration much cheaper than it was regarded in the 1970-s. Lunar exploration is a natural step for our country where cosmonautics has always been one of the driving forces of the national technical development, together with the nuclear industry."

The establishment of joint ventures can push forward Russia’s space industry. Earlier the representatives of Russian Space Agency said they were in talks with European and US colleagues on setting up joint-ventures but now joint projects with partners from India and China look more promising, Sergey Pukhov, chief editor of the Aviapanorama magazine, says.

"There are good prospects for Russia’s cooperation with India and China. Besides that we have a space program on the creation of a promising transportation space system on which our machine-building companies are working now."

The Moon is the closest celestial object to the Earth and also the best studied one. In 1967, an agreement was signed on the intergovernmental level which set the international principles of space explorations including the exploration of the Moon and other celestial bodies. Under this agreement, no country can appropriate any territories on other planets and satellites. The agreement also bans nuclear weapons tests and establishing military bases on the lunar surface. That is why in the near future the Moon has chances to become not only a space object for intensive international cooperation but also the only celestial body in the solar system which has life and is free from conflicts.

“We have completed the technical design project taking into account the fact that the new spaceship is to fly to the Moon, among other places,” he said.

Federal Space Agency Roscosmos head Vladimir Popovkin earlier said the new spaceship will be created by 2018 and will be able to fly not only to the International Space Station (ISS) but also to the Moon.

There will be several spacecraft modifications depending on whether the flight will use a terrestrial or lunar orbit, or carry out in-flight repair and maintenance of other spacecraft and the deorbiting of malfunctioning satellites and large fragments of space debris.

Earlier on Wednesday Lopota rejected as a “non-market” measure the idea of establishing an engine holding company in the domestic space industry.

Russian Prime Minister Dmitry Medvedev ordered the government in summer to work out a plan to improve Russia’s space industry organizations, after a string of mishaps that he said have compromised Russia’s image as a leading space power.

In the most recent failure on August 7 Russia’s Proton carrier rocket launched from the Baikonur space center in Kazakhstan failed to deliver two satellites onto their designated orbit because of a suspected mishap in the engines of its Briz-M booster.

The satellites - Russia’s Express MD2 and Indonesia’s Telkom-3 - were lost as a result.

I wonder on which one of those planets, the Russian space agency planners are living on

I wonder on which one of those planets, the Russian space agency planners are living on 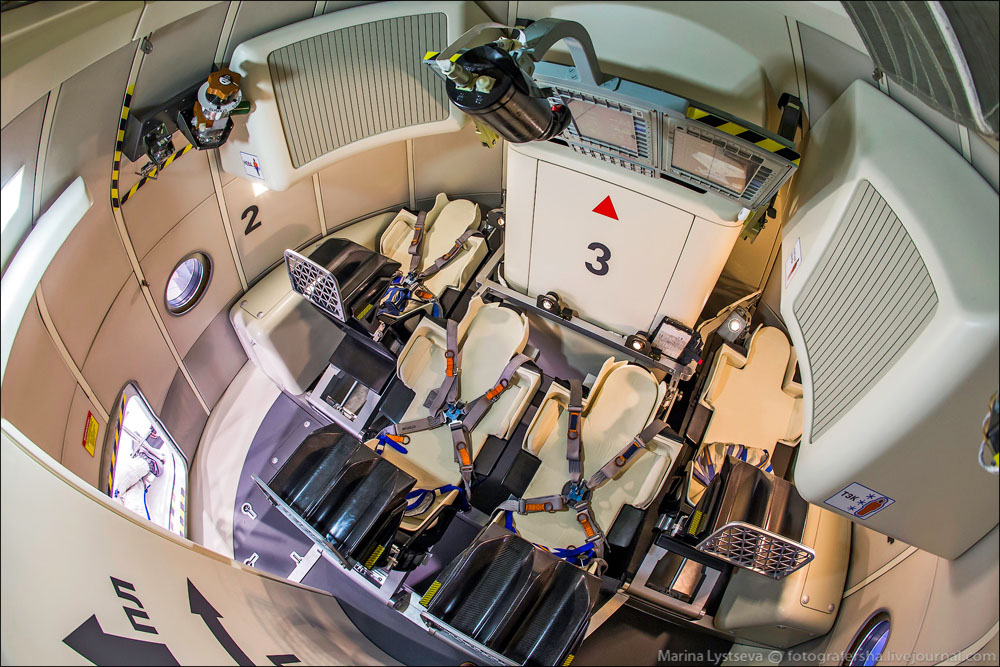 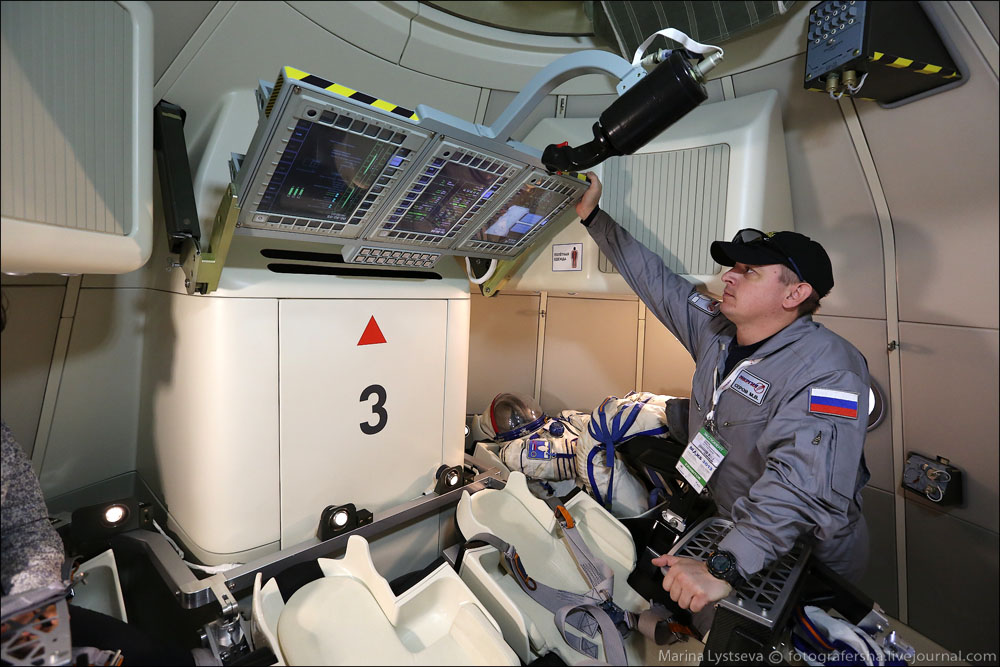 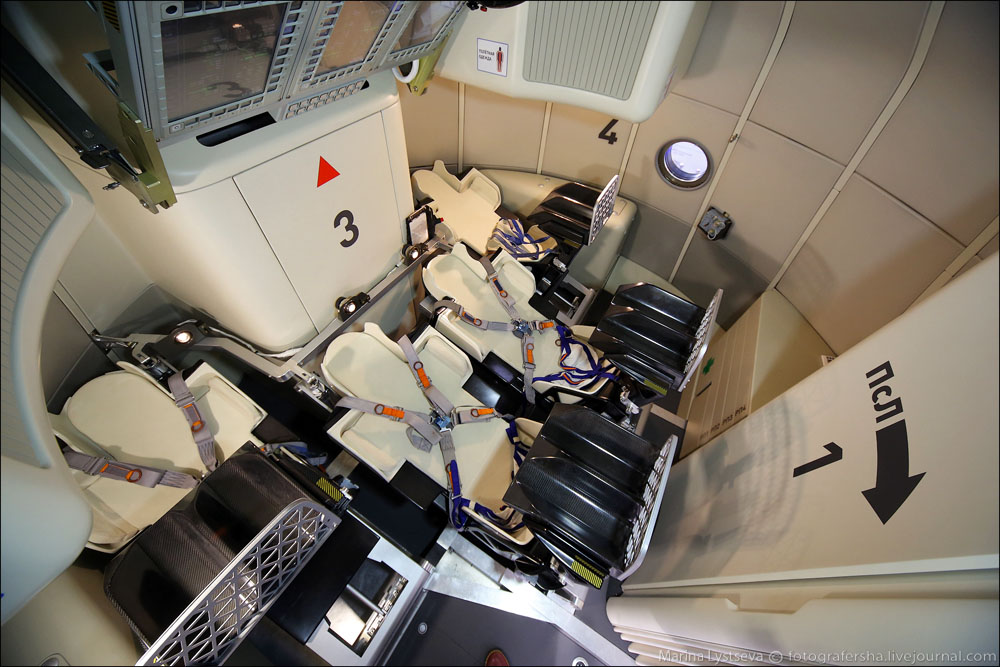 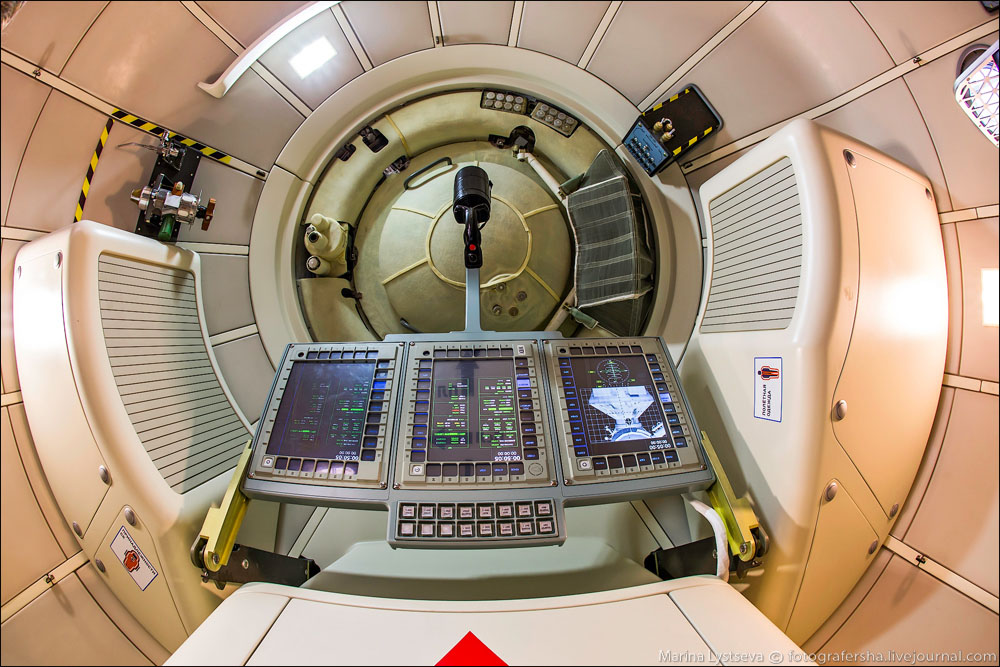 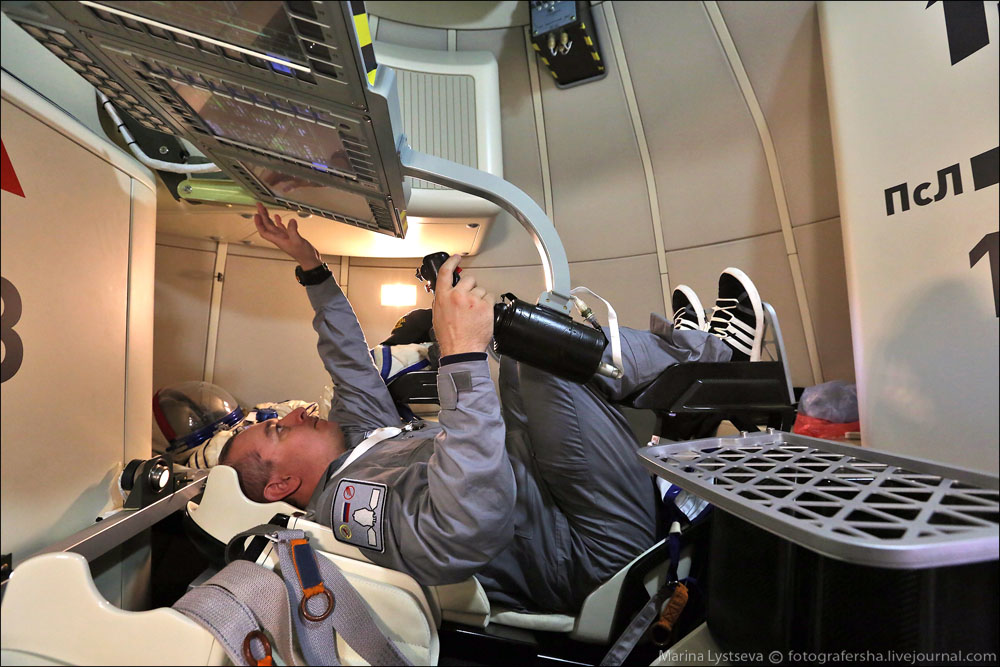 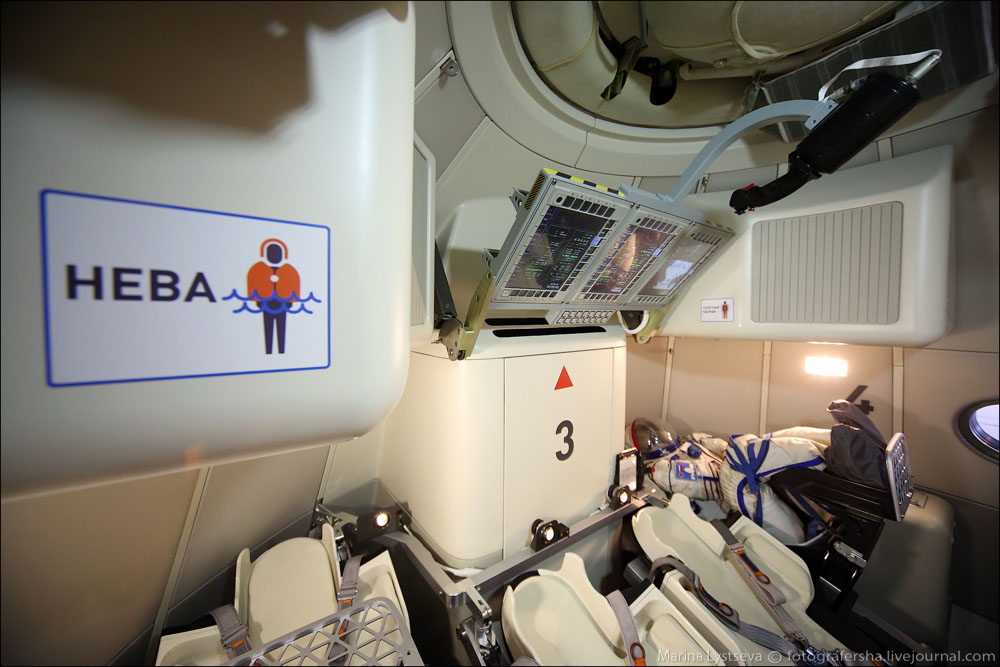 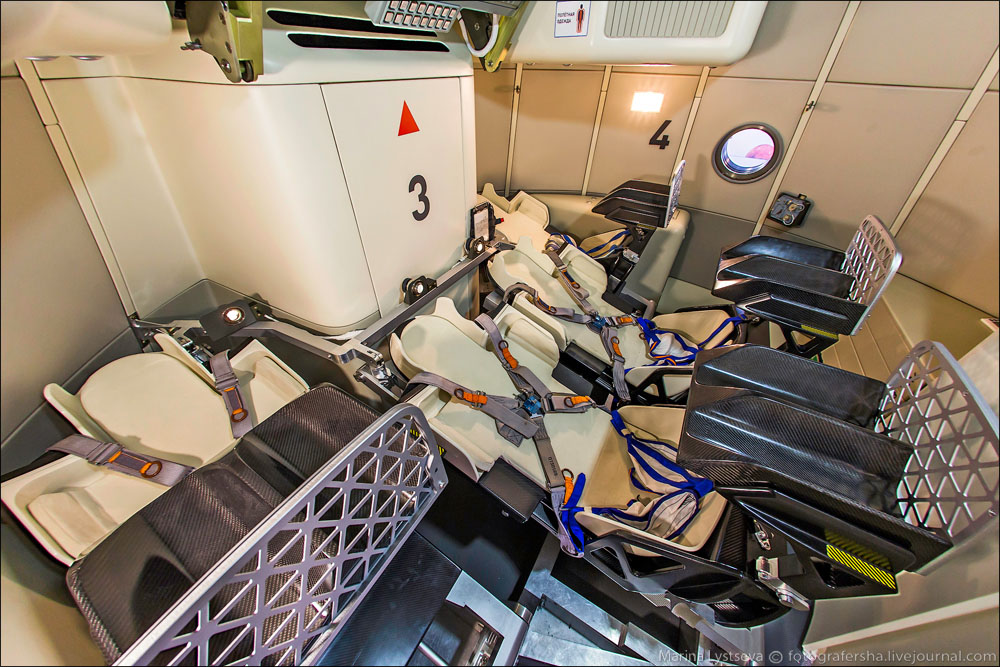 Moscow, December 22. /TASS/. Russia's new piloted spacecraft currently being developed by the Energia rocket-and--space corporation will feature a modernized docking system that has been used for over 50 years in the Russian space exploration, the press service of the corporation said Monday.

According to the press service, the chosen docking system is already used in the Russian International Space Station (ISS) modules, Soyuz and Progress spacecraft, while the American ISS modules, Cygnus and Dragon spacecraft, the Jpanese HTV space vehicles use a common docking mechanism incompatible with the Russian systems.

Specialists of RSC Energia completed detailed and final design of an advanced spacecraft, a contract for development of working design documentation is being implemented, TASS reports with reference to the corporation’s quarter report.

It is stated in the document, that the development of advanced manned transport system (AMTS) is underway; it should replace the transport system comprising Soyuz TMA and Progress M spacecraft.
Follow us on: Follow ruaviation on Twitter

“So far detailed and final design of AMTS (stage 1) have been completed, the contract for development of working design documentation is being implemented; AMTS is designed for performing flights beyond low-Earth orbit, including flights to the Moon,” said in the report. Moreover, RSC Energia is developing orbital modules, which will be launched to ISS over the next few years. This refers to multi-role laboratory, node and science power modules.

It is planned to continue operation of the station until 2024. The new manned spacecraft should replace Soyuz Family spacecraft. It is expected to carry up to six persons to the low-Earth orbit or four persons to the Moon. Development of the spacecraft was started in 2009. Initially the first unmanned launch was scheduled for 2015 and the manned one – for 2018. Now the launches were rescheduled to 2021 and 2024 respectively.

This should be final design of PTK-NP. Pics are from Paris Air Show.

A new system will ensure landing within a 5-km zone

MOSCOW, July 22. /TASS/. Russia’s new generation manned spacecraft, returning from space flight will land on Russian territory, and not in Kazakhstan, as the Soyuz spaceship, a rocket and space industry source told TASS on Wednesday.

"Two landing areas - the Saratov and Orenburg regions, have been determined for the newest spacecraft that is developed by the Energia Rocket and Space Corporation," he said.

The spaceship will land in these areas if it is launched from the Vostochny cosmodrome currently under construction in Russia’s Far Eastern Amur region. There are no other launch sites for the spacecraft so far, he added.

The source said that the landing site will not require a large area, because a new system will ensure landing within a 5-km zone.

The new manned spacecraft is intended to replace the Soyuz series of spaceships, which are currently used. The spacecraft will be able to transport up to six crew members to a low Earth orbit or four - to the Moon. The spacecraft design work has been carried out since 2009.

"Spacecraft consisting of nearly 80 percent carbon fiber are not being developed anywhere in the world. At MAKS-2015, we present, for the first time, a command module, and in 2016, RSC Energia plans to begin its durability testing."

"All the carbon fiber being used is domestically produced. We are preparing this spacecraft for testing and subsequent launches on the new Angara carrier rocket," Solntsev told RIA Novosti. In Russia, announced a contest for a name for the new spaceship

PapaDragon wrote:
In Russia, announced a contest for a name for the new spaceship

I suggest "Independence" or "Sovereignty"...

''New Russian Spaceship to Be Ready Ahead of Schedule''


......Vladimir Solntsev also said that Russia is planning to test a fundamentally new and unique rocket engine of the new generation designed for carriers of any class in 2016.

"I initiated on behalf of RSC Energia, as the management company for NPO Energomash [Russian rocket engines producer] to create a modern pulse detonation rocket engine…. Fire tests of the engine, which has not been named yet, with operating temperature of about 6000 degrees [Celsius] in combustion chambers are planed for early 2016," Solntsev told reporters at the MAKS.

After successfully undergoing all the necessary tests, the engine will be used in the launchers of light, medium and heavy class, Energia chief added......

^^This could be quite significant...

CAUTION!: The voting has started by the name of the new Russian manned vehicle of the ship. All are invited to attend can vote for one of the ten names in our group vkontakte ( www.vk.com/roscosmos ). you can also vote on the official website of RSC Energia ( http://gagarin.energia.ru/konkurs-ptk-np.html ).

The competition was launched on 27 August 2015, and has caused a tremendous interest among the citizens of Russia. The most active participants were Muscovites, St. Petersburg and the inhabitants of the east of Russia from 25 to 40 years. In Total, it was suggested that the names of 5817 options.
The vote will last until 23 December 2015. On the outcome of the vote is determined by the three options, of which the jury will choose the best. The winner is waiting for the main prize - trip at the baikonur and the opportunity to be present at startup transport manned spacecraft "Union" to the international space station in the spring of 2016.
The results of the contest will be announced on 15 January 2016.
Additional information on the contest is available on the official website of RSC Energia (www.energia.ru).


Manned transport ship of a new generation of (PTK) development of RSC Energia is intended for the delivery of people and goods to the moon and the orbital station located in earth orbit.
The ship is from, for its creation is subject to the latest technology, sometimes with no parallel in world space. In particular, return the apparatus of the tap will be met from the composite materials, provides for separate periods a connecting the machine. Modern vehicle electronic equipment will enable more effectively with the challenges of rapprochement and docking of the ship, to improve the security of the crew at the stages of breeding and down to earth.
The size of the crew of the tap to be up to 4 people. In the treatment of autonomous flight ship can be up to 30 days, with the flight in the composition of the orbital station - to 1 years. The total mass of the ship in flight to the space station will be equal to 14,4 tons (19 tons in the flight to the moon), The Mass Return Apparatus-9 TONS. The Length of the ship-6,1 meters. The nominal overload while there-3 G. For the removal of the ship in orbit, it is planned to use the launcher heavy class "Hangar-a5v".
Flanky

Voted for Gagarin, no contest really...

whats the russian name of Aurora?

whats the russian name of Aurora?

So it turns out Aurora was used before in a way, interesting, I did not know that...
Morpheus Eberhardt

Sorry, I thought I could suggest my own.