Does anyone has details for nuclear bombs analogous to B-61 us bomb? And from which aircraft are carried?

Info on Russian tactical nuclear bombs is pretty sparse, and would be associated with the Su-24, Su-34, and Tu-22M3 aircraft.

Tu-95MS and Tu-160 are pretty much cruise missile carriers, though they are getting conventional guided weapon capability, I rather doubt they would carry nuclear free fall bombs on any missions.
coolieno99

The largest nuclear gravity bomb tested (Oct. 30, 1961) by RuAF was the Tsar Bomba (yield = 50 MT). It was air-dropped by a specially modified Tu-95 bomber.  The shock wave from the blast traveled around the world 3 times. Because of its huge size (27 ton), it was more of a "political" weapon than a practical military weapon.

Found a few pics of Russian nuclear bombs... no detail though... 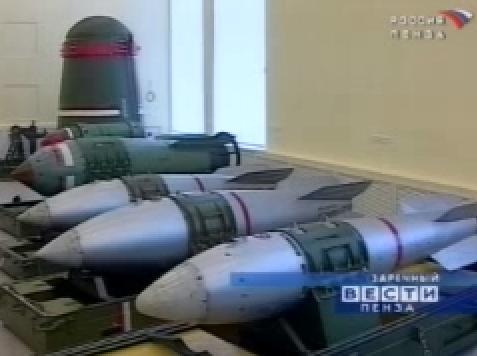 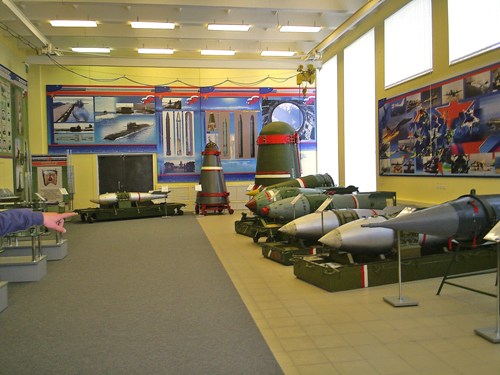 i think they are in a museum

Museums and line drawings are your most likely result when asking about secret stuff like nuclear weapons.

Just looking that them the large M54 shaped bombs in the background will be for internal carriage, while the more aerodynamic silver weapons look like they are based on the later M62 design for external carriage and have been aerodynamics.
George1

If i understand correctly FAB series bombs will be used with nuclear charge?

Not as far as I know.

FABs are explosive (F) aerial (A) bombs (B), and come in a range of sizes and uses.

Tactical nuclear bombs might look similar externally but would not be based on existing types.

The main types of FAB are the M54 and M62 and come in a range of weights and payloads, but basically the M54s are stubby compact designs designed for internal carriage in bomber aircraft and high drag, so when dropped they decelerate rapidly and are less likely to explode directly below a low flying plane.

The M62 designs are much more aerodynamic and are designed for external carriage on fighter bombers.

Tactical nukes also come in a range of sizes for bomb bay use and for tactical use.

To carry tactical nukes extra electronics and systems are required and it is known that Su-24, and Mig-29 aircraft were wired to carry such weapons as export models of those aircraft are fitted for but not with the extra equipment needed. It is therefore rather likely that the Su-27 was also similarly equipped, and the Su-34 will definitely be equipped to use TNs.

Ironically the Tu-16 was designed to use very old very large nukes and because of this was used in Afghanistan because it could carry the FAB-9000.
The-thing-next-door

The INF treaty prohibits building tactical missiles with more range than 500km but says nothing about warhead size so wyh not make a heavy tactical missile with somehing like the FOAB to destroy tows,airfields,factories and other things in 1 hit without people whining about "the Russians used a nuke on these people who only wanted freedom (freedom to succumb to western)"

The-thing-next-door wrote:The INF treaty prohibits building tactical missiles with more range than 500km but says nothing about warhead size so wyh not make a heavy tactical missile with somehing like the FOAB to destroy tows,airfields,factories and other things in 1 hit without people whining about "the Russians used a nuke on these people who only wanted freedom (freedom to succumb to western)"

It's not a bad idea, but even FOABs cannot compete with nukes for damage induced. Sometimes by listening to the "conventional warhead"
drivel from Washington (e.g. prompt global strike) one would get the impression that all that matters is precision. BS. The blast energy
matters more. Conventional warheads require many more missiles to do the same level of damage. During a modern rocket war, every advantage
counts.
Big_Gazza

..or a HGV that acts as a carrier for a FOAB. Its a ~7T weapon however, so you'd need an ICBM with a 10T throw-weight. Global Strike on steroids...

Now, what new Russian liquid-fuelled ICBM is being developed that could potentially lift such a beast?...

Actually if you are going to put it on an ICBM it would be just as effective to use 7 tons of small steel balls about 10mm across with an ablative nose cone to protect them from the hypersonic slipstream until just short of impact...
George1

For the US, the remaining TNWs are more of a political tool that cements the Trans-Atlantic Alliance. The stockpile comprises 300 B61 gravity bombs (their number has been reduced by 95% over 27 years). About half are deployed at European bases.

Initially, 20,000 warheads were a challenge for Russia. Today, estimates of the size of the Russian arsenal vary significantly, from 860-1,040 warheads, as assessed by Igor Sutyagin, to nearly 2,000 according to Hans Kristensen and Robert Norris. Estimates by Alexey Arbatov and Vladimir Dvorkin are closer to the upper end.

But given that TNWs can be used only if infrastructure, combat-ready equipment and staff are available, the number of operational tactical warheads in Russia does not exceed the figure given by Sutyagin.

The repair and maintenance bases where nuclear warheads are made combat-ready after their delivery from the arsenal are halfway between the storage site and the troops. Each such base is formally part of a consolidated nuclear storage site, even if it is located hundreds of kilometres away. Therefore, whenever the authorities state that all Russian TNWs are stored at consolidated storage sites, it is unclear what exactly this means. A base is assigned to each military formation authorised to use nuclear weapons. In the case of TNWs, this means that the troops bear no responsibility for the weapons until a special order is issued.

For example, the Vologda-20 arsenal stores nuclear warheads for the Baltic Fleet. The repair-and-maintenance base in the Kaliningrad Oblast is linked to this arsenal. Vessels capable of carrying TNWs include the 956-type destroyer Nastoychyvy (Persistent), the 11540-type frigate Yaroslav Mudry (named after the great ruler of the Kievan Rus, Yaroslav the Wise) and several corvettes. Hypothetically, the 152nd Guards Missile Brigade, upgraded last year with 12 Iskander-M missiles, can also carry TNWs.

The technical capabilities of a repair and maintenance base are limited: It cannot provide services to more than one unit simultaneously. This means that in the distribution of TNWs among military formations, prioritisation is most probably applied, according to the following criteria:

- vulnerability of TNW delivery systems to the enemy;
- extent of control exercised by nuclear maintenance officers and the Russian military and political command at all stages of the TNW use;
- time needed to rescind the order to use TNWs.

The 152nd Guards Missile Brigade excels at fulfilling these criteria. Although there are 10 brigades of this kind in Russia, not all of them can operate TNWs. There are no repair-and-maintenance bases for at least three of them: the 1st Guards Missile Brigade (Molkino, in Krasnodar Krai), the 92nd (Yelansky District, Sverdlovsk Oblast) and the 119th (Totsky District, Orenburg Oblast).

Presumably, only military formations in the vicinity of Russia’s western and eastern borders are entrusted with TNWs. Repair and maintenance bases can only work with ‘their own’ formations, due to limited human and technical resources. In other words, a military formation moved closer to the border does not automatically receive the repair-and-maintenance facility to provide it with TNWs. Therefore, the Russian nuclear maintenance system limits the number of operational TNWs.

The numbers are limited? Yeah, because you can´t transport nuclear weapons in, let´s say trucks or trains or even planes.
George1

Hole wrote:The numbers are limited? Yeah, because you can´t transport nuclear weapons in, let´s say trucks or trains or even planes.


Each weapon worth around 100 million in any chosen currency. Or more.
Hole

Yeah, but in wartime they would be transported to the units which can launch them. I guess the warheads can be transported around safely a few days (weeks?). Use the same safety measures as with mobile ICBM´s.

The KGB used to control nuke warheads for tactical nukes and they used to deliver them under armed escort to prevent interference.

During WWII the accuracy of bombers was pathetic... you would have 1,000 bomber raids intending to hit a single factory in a city and then have to attack it again the following night to try to get it because you missed it the first night.

If the modern target is a SAM system or radar, a modern guided missile like Iskander, with a 600kg HE warhead could do the job... 30 years ago you would need a SCUD or a SCALEBOARD... but to actually ensure you got the radar or SAM you would need to use a nuclear warhead.

Accuracy in terms of terminal guidance means conventional warheads can now do jobs that previously would have required nuclear weapons to achieve.

A single Kalibr missile can now take out the important buildings in a ball bearing factory... though with the Gefest & T system a single aircraft with a half a dozen bombs could probably get the same job done too.
George1 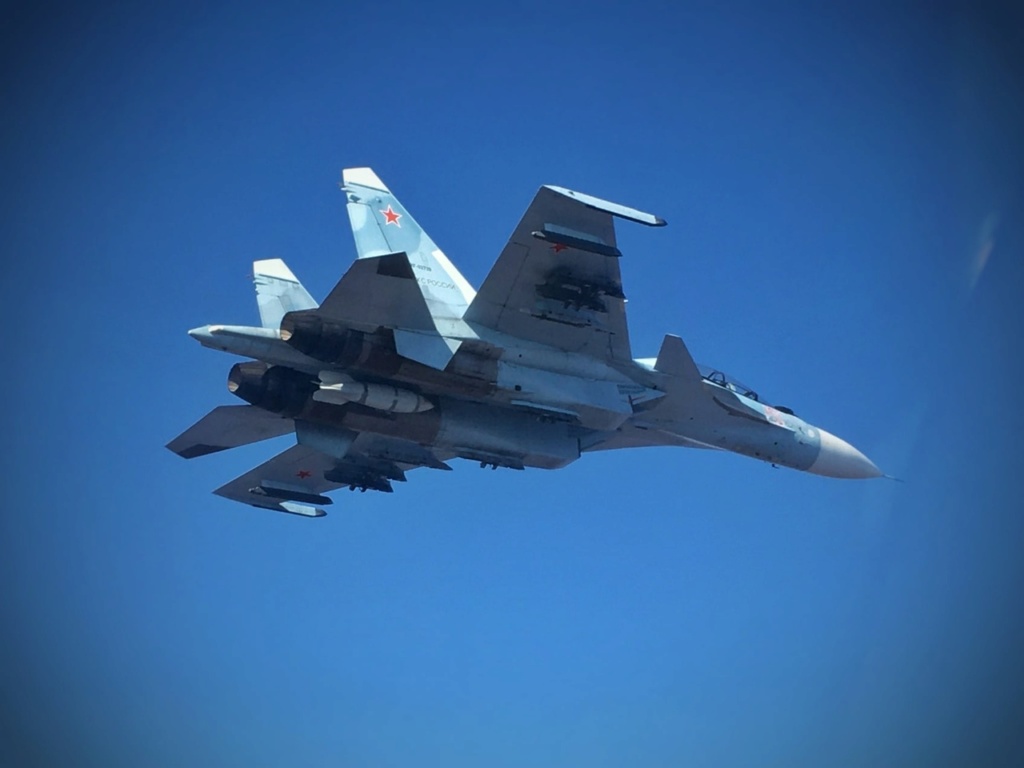 What is striking is that the IAB-500 continues to be used taking into account that the 244N is no longer in service (it is from the 1960s) and that the current pumps have very different shapes, as can be seen by taking a look to the RN-32 which is a design from the 80s 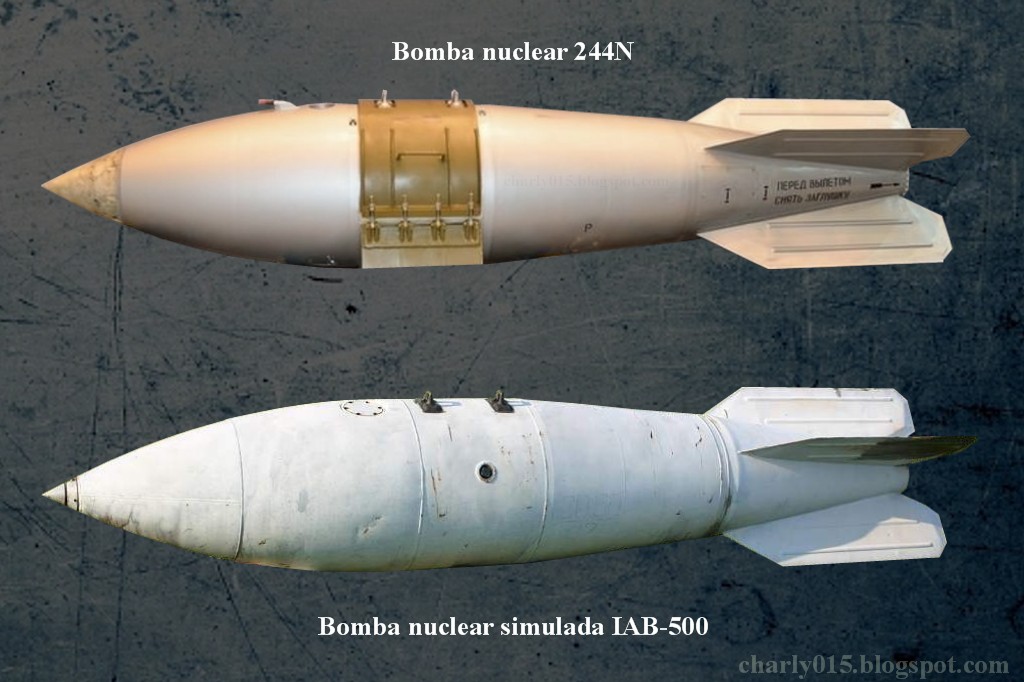 photo of a front-line Su-34 bomber with ten simulated aviation bombs suspended at once (IAB, a simulator of nuclear bombs) 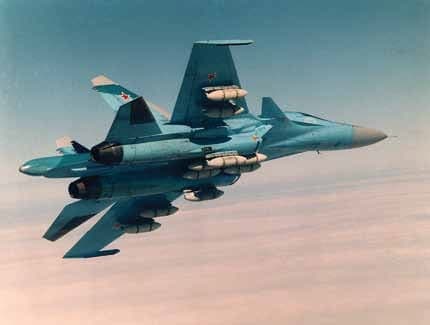 George1 wrote:photo of a front-line Su-34 bomber with ten simulated aviation bombs suspended at once (IAB, a simulator of nuclear bombs)

Now combine the capabilities of the Hephaestus sighting complex and 10 * 30kilotons of nuclear energy... You can bring fire to humanity.
Hole 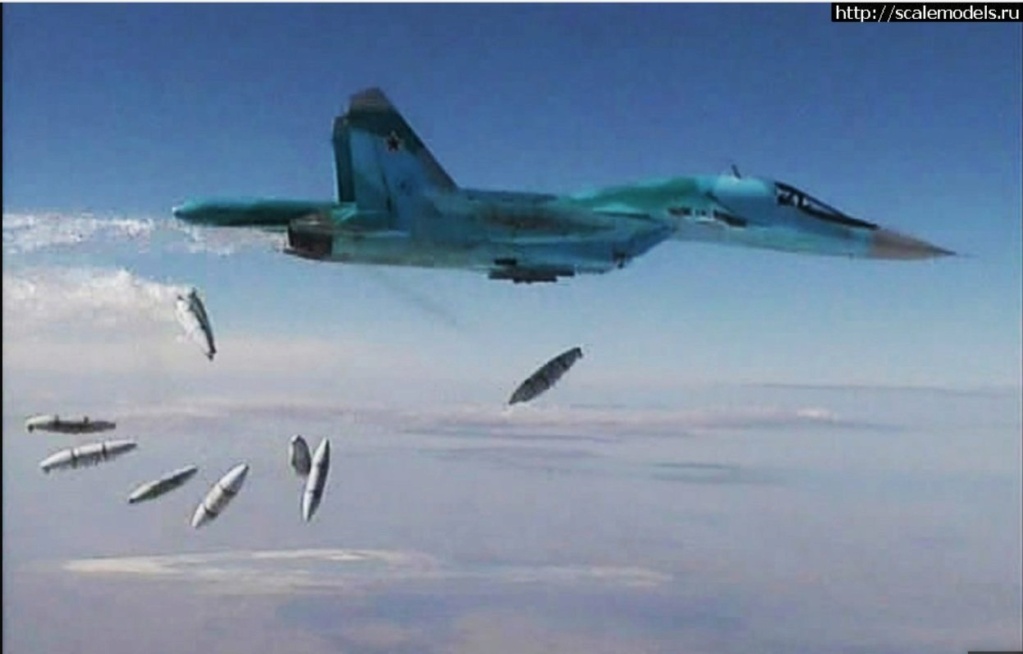 You liked to blow things up as a kid didn't you