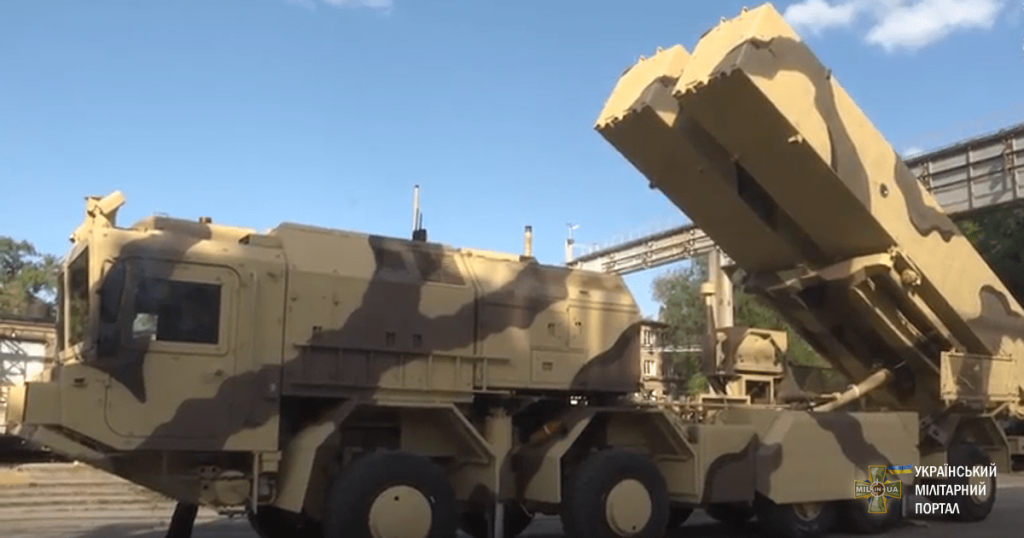 No real info on it. And I doubt it's anywhere as good as Iskander. To me with lack of info it's just a longer range tochka in til more info and it is tested
The-thing-next-door

The T-72AMT has been adapted to fire the 125 mm Kombat (Combat) gun-fired laser-guided missile, which is capable of penetrating 550 mm of armour

Wow they are ready for the early 80s already.

It's a tochka in a prettier system.

An Iskander cannot be created for $28M and in a couple of months. That's about as simple as it gets.

Iskander cost a shit ton and took years to develop by a competent team and industry with lots of history.
JohninMK

Ukraine and India have signed new contracts worth $20 million to expand bilateral military and technical cooperation as part of the 10th international defense exhibition Def Expo 2018, which is taking place in Chennai (India) on April 11-14, the press service of the Ukroboronprom State Concern reported on Thursday.

According to the report, following its participation in the first two days of the exhibition, Spetstechnoexport, part of Ukroboronprom, signed contracts worth about UAH 500 million.

"Representatives of the state-owned enterprise Spetstechnoexport, as part of Def Expo 2018, signed an agreement on cooperation with Indian state-owned company Bharat Electronics Limited. The agreement outlines cooperation between the parties as part of programs for the modernization and localization of the production of components for armored vehicles. Representatives of the Ukrainian and Indian defense industries are to be involved in the creation of a new a tank for the needs of the Indian Defense Ministry, the modernization of radar and air defense systems produced by the former Soviet Union, and joint research and engineering development, including in the sonar and radar directions," reads the statement.

Bharat Electronics Limited is one of the largest Indian suppliers of defense products for the Indian Defense Ministry.

Spetstechnoexport is one of the leading special exporters of Ukraine. It has been part of the Ukroboronprom State Concern since December 2010. 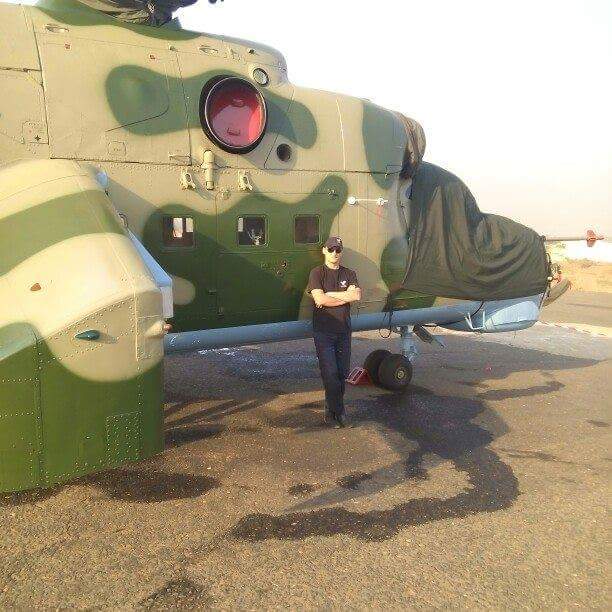 It's a tochka in a prettier system.

An Iskander cannot be created for $28M and in a couple of months. That's about as simple as it gets.

Iskander cost a shit ton and took years to develop by a competent team and industry with lots of history.

Iskander cost more to develop because they had to create it from OKA... this will just be... hey... look at these blueprints I have found... lets sell them to SA for a lot of money and pretend we did it...
kvs

Banderastan conned Peru with the sale of a non-existent AN-178 transport plane. The price was $65 million US and in the
end Banderastanis say they can't deliver. The pukes in Kiev have pulled this con on other countries as well. What a
shining beacon of western values!
GarryB

Banderastan conned Peru with the sale of a non-existent AN-178 transport plane.

This will do more to kill Antonov than anything Russia could possibly do... so it is a good thing... a good lesson for Peru to learn and to memorise and a good lesson for Russia to bring up to potential customers who can't decide whether to get cheaper Ukrainian support for their Soviet equipment or more expensive Russian support with the potential to upgrade to new stuff later on.

The Ukrainians can promise new stuff of course but as we can see that it is likely vapour ware.

A colleague, diana_mihailova, reported with reference to the new head of the Kiev state-owned enterprise State Art Holding Company Artyom (part of the Ukroboronprom state concern) Vladimir Zimin that in July 2019 the state-owned Spetstekhnoexport state owned enterprise also signed contracts for the supply of India of medium-range air-to-air missiles of the R-27 family in the amount of $ 221 million and test equipment for the R-27 missiles (RPM "Gurt-M") in the amount of $ 26 million - and then and other production State Art Museum.

It is worth noting that at the same time India also contracted 300 R-27R1 / ER1 and R-27T1 / ET1 missiles in the amount of $ 217.5 million in Russia - produced directly by the developer of these missiles - Vympel State Machine-Building Design Bureau JSC. I.I. Toropova ”(Moscow), which is part of Tactical Missile Weapons Corporation JSC (KTRV).

According to open sources, from 2010 to 2018, the Ukrainian side also delivered R-27 family rockets manufactured by the Artyom State Aerospace Complex to Algeria (78 missiles), Poland (40), Kazakhstan (30), Bangladesh (12) and Indonesia (five) .

That will be hilarious.  Seeing as how even Ukraine doesnt buy them and Thailand returned theirs due to shoddy work.

Must also mean that Al Kalhid tank is garbage too.

Of course it is Kyiev post, which is just garbage news.

That is highly unlikely since Pakistan is buying the Chinese VT-4 tank.

This a thread for news and discussion regarding Ukrainian turkish military purchases and cooperation. The current cooperation includes ivchenko progress and zorya mashproekt cooperation with turkey to power drones. Allegedly turkeys new akinci drone is powered by a ukrainian turboprop.
Russian_Patriot_

As reported by Ukrainian media, during your performances, held in Kiev, the International defense investment forum 12 Aug 2021 Chairman of the Board of Directors Kiev JSC "Scientific-production Association "Practice" and concurrently Chairman of the Board of the League of defense enterprises of Ukraine Oleg Vysotsky said,telling about the company's plans to participate at the defense exhibition in Saudi Arabia that: "the Practice" this year, two sold an export contract with them (Saudi Arabia) including".

According to other sources, the NGO Praktika delivered 60 wheeled armored vehicles of its own production "Kozak-5" with a 4x4 wheel formula to Saudi Arabia in 2021. The Ukrainian media reported on the production of this batch in the spring of 2021. It is possible that these vehicles were purchased by the Saudis for transfer to the pro-Saudi Hadist forces in Yemen.

The second and foreign contract, announced as implemented by the NGO Praktika in 2021, may be the delivery of several Kozak-2M armored vehicles to Indonesia (the first two vehicles of this type were delivered to Indonesia in 2020).

The Kozak-5 armored vehicle was first presented by Praktika NGO at the Zbroya ta Bezpeka-2016 exhibition in Kiev in the fall of 2016. The vehicle is made on the commercial chassis of a Ford F550 pickup truck and has a full combat weight of 10 tons. Declared level of armor protection CCD-5 (STANAG 4569 level 2). So far, it was reported that only eight Kozak-5 vehicles were delivered for the Kozak-5PML mine clearance services for the State Emergency Service of Ukraine in 2018.

It should be noted that, according to the NGO Praktika itself, the level of imported products and components in the machines it makes is about 80 percent in value. 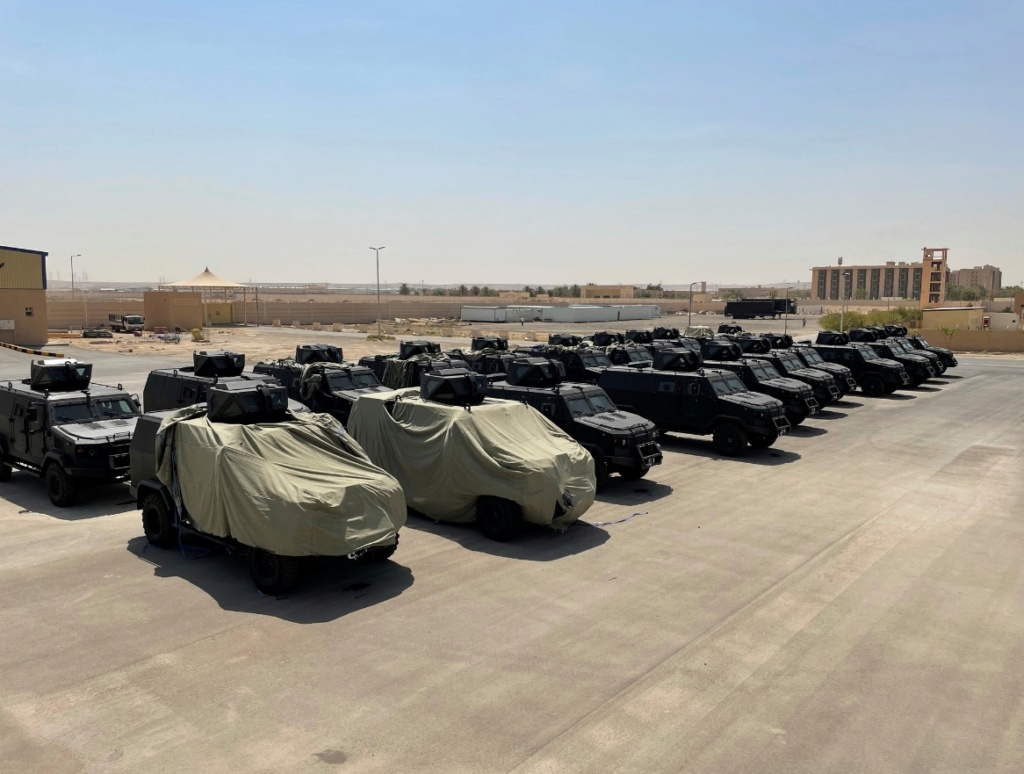