Hole wrote:The Il-22M11 SURT passed state acceptance trials back in 1998. There are pictures of 3 or 4 different planes.

Maybe they are officially accepted into service just now.

Not accepted but upgraded with new systems and avionics


Next year, the Russian military will receive a star wars aircraft. The Defense Ministry will begin upgrading the five IL-22M11.
Initially, these machines, commissioned in the early 1980s, were designed to control troops during a nuclear war.
Now the IL-22M11 will become a multifunctional flying command post. With it, in real time, it will be possible to control ground,
air and space groups of troops. To this end, the newest communications and control systems will be installed, because of the
abundance of the most modern equipment, military pilots have already called the updated IL-22M11 “star wars aircraft”.


As they told Izvestia in the Ministry of Defense, it is planned to modernize five air command posts based on the Il-22M11.
These aircraft will be equipped with a relay node that will be integrated with ground and aerial automated control systems (ACS).
Works are planned to be held until 2021. The total cost will exceed 1.6 billion rubles.

The first will be upgraded IL-22M11 with a tail number RF-9441. This aircraft made its first flight in 1982.
It will almost completely replace the electronic filling. The aircraft is equipped with a radio relay station transmitting
and receiving information via secure communication channels in a digital format. A new communications equipment and high-tech control points will appear on board.

Thanks to the changes, the aircraft will be compatible with all automated troop control systems, ground and air.
This will make it possible to direct exercises directly from the aircraft, to manage disparate and interspecific
groups during special operations. And in the event of war, to coordinate the troops of a military district or front.

They should change the f...ing designation!
GunshipDemocracy

meh it has to remain top secret

Question to Shoigu: How is the designation of the new AWACS?
Shoigu: Plane.
GarryB

Personally I would prefer to see them use a newer aircraft platform for this aircraft...
magnumcromagnon 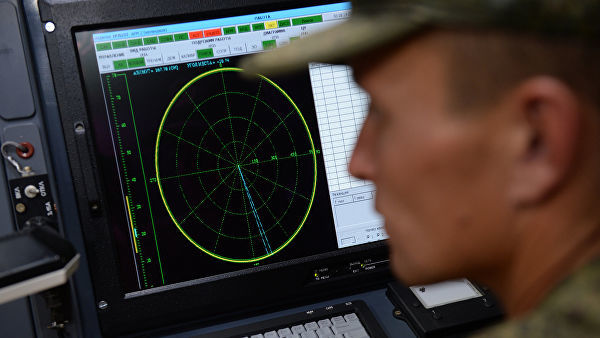 "Re-equipment of military units and electronic warfare units will significantly increase the combat capabilities of the EW group of military districts and allow them to perform more ambitious and complex tasks," the report said.

The Tirada-2C radio-electronic suppression system is capable of suppressing satellite communications with electronic disabling. In this case, the removal of satellites from the working state can be carried out directly from the surface of the Earth, added to the military department.

The newest highly mobile complex of electronic warfare at the operational and tactical level "Palantin" is intended to suppress the existing and future radio communication systems of the enemy, as well as to conduct electronic intelligence.

According to the Central Military District, the capabilities of the equipment make it possible to blind the enemy in the shortwave, ultrashortwave ranges, and also to deprive him of cellular and trunking communications. In addition, the complex is endowed with a system-forming function, that is, it is capable of combining various EW and DER systems into a single working network, which significantly increases the efficiency of their use, clarified in the department.

Krasyuka-4 is effectively a MASER (turn on the english captions):

"The Russian Armed Forces’ newest highly mobile radio-electronic warfare system Palantin of the tactical level has been provided for the combined forces army of the Western Military District. It is meant for jamming the enemy’s radio communication means and for conducting radio-electronic surveillance," the news release runs.

The system is capable of upsetting the potential enemy’s mobile and trunk communication lines and integrate different radio-electronic warfare systems into one network.

"The system has been through field tests at one of the radio-electronic warfare units of the Western Military District and entered duty in one of the regions of the Central Black Earth (Chernozemie) Region… The personnel of radio-electronic warfare units has completed a course of retraining at a center in the Tambov Region and begun to use the system," the district’ press-service said.

Murmansk-BN is an automated radio interference complex for communication lines on the shortwave (HF) range, capable of suppressing radio communication at a distance of 3 to 5 thousand kilometers, and with good signal transmission - up to 8 thousand km.
George1

Reached hands to update information on the complex "Triad-2C", which in the media is called the complex of destruction of communications satellites. In fact, the complex is (I think) rather a satellite communication suppression system in some local region with a radius of up to 100 km. This is purely my assumptions made on the basis of poking a finger into the sky. It’s just that photos of radio engineering systems that, in terms of foreign media (Ukrainian), are issued as systems of the Triad-2C complex, it seems to me that they cannot disable communication equipment of a communication satellite. Well, it does not fit in my head with such opportunities.

Analysis of the topic with the electronic warfare complex "Triad-2C" received a new impetus after the publication of images from the OSCE drone on March 16, 2019, which were made over the territory of the Lugansk People's Republic. Further, it is better to see the photos and the scheme.

From all this you can make several assumptions:

1. The Triad-2C complex is probably undergoing military trials or has already entered the Russian Armed Forces;
2. It is likely that the complex is intended, among other things, to expose the work of satellite transmission channels — the only thing that somehow turns out compactly — I expected to see a separate reconnaissance vehicle and a separate suppression machine, but then these machines were either combined in one external systems can be used.

The intended principle of operation is that interference to the radio satellite channels is hampered by the reception and transmission of information. I think that strategic reconnaissance drones will not frighten them - most likely they keep all the information taken on board or at least buffer information in case of communication failure and interference. But in some situations, the formulation of such interference will be fully justified.

The complex is terribly secret and there is no other information on it so that I may well be mistaken.

There is a huuuuuuuge difference if a drone is giving you real-time Information or has to travel 6 - 8 hours back to base and then download the data.
kvs

magnumcromagnon wrote:Krasyuka-4 is effectively a MASER (turn on the english captions):

But this video raises an interesting question: is it possible to use a MASER complex as an ABM system. Water attenuates
microwave radiation very efficiently since it is an efficient absorber. So a beam aimed at 20 km will be very
ineffective at 20 km and even at 10 km. I think MASERs are not viable for ABM functions. Closer range engagements
are totally different story.

BTW, EMP blasts are something else.

It also opens up other options... like a gamma wave ray that destroys all living organisms... you wont be able to shoot down the B-2 but there will be no one to push the release button when the time comes and it will just fly past...

The nuclear power generation system for the new laser is 1,000 megawatts isn't it?

Using half for the beam and the other half to power the electronics for target detection and other things would make sense...
kvs

It also opens up other options... like a gamma wave ray that destroys all living organisms... you wont be able to shoot down the B-2 but there will be no one to push the release button when the time comes and it will just fly past...

The nuclear power generation system for the new laser is 1,000 megawatts isn't it?

Using half for the beam and the other half to power the electronics for target detection and other things would make sense...

Since we have cirrus clouds in the upper troposphere and even above the tropopause, water is ubiquitous in vapour form in the
troposphere. It is in the sratosphere that it is under 6 ppmv. Since we have a huge number density of air, even
a tiny amount of a trace gas or vapour results in trillions of its molecules per cubic centimeter. The number density of air
at the surface is about 2.5e18 and the fraction of water vapour molecules is 1e15. Even if air density is reduced by a factor of
10, we still have 1e14 water molecules if they are well mixed. In reality the H2O concentration does fall off faster with increasing
altitude. But at the tropopause the number density of water is still over 1e13.

I can safely conclude that even airborne MASER systems have a very limited range.

he nuclear power generation system for the new laser is 1,000 megawatts isn't it? wrote:

Shield and path: the Russian Arctic will cover the electronic dome

Didn't knew it would be helpful against submarines!

dino00 wrote:Shield and path: the Russian Arctic will cover the electronic dome

Didn't knew it would be helpful against submarines!

Well submarine comms are in the Extremely low frequency wavelengths. They must periodically raise an antenna to get GPS signals to fix their position. Can't do it by stars & the Sun in an overcast sky or if they absolutely want to avoid detection.
GarryB

Its seems the KRETs website is finally back up

"KRET JSC (as part of the Rostec State Corporation) will present for the first time more than 15 advanced developments at the MAKS-2019 International Aviation and Space Salon. Among the key innovations of the concern are the control system for general helicopter equipment, which will be presented as part of the Ka-62 helicopter, the sanitary version of the ANSAT-RT helicopter, the upgraded transport and combat helicopter Mi-24P-1M with new airborne equipment and the latest air purification system for aircraft and spaceships."
George1

"Based on the experience of operating existing systems, we are now developing a principally new electronic warfare system. It is at the stage of state trials. As soon as they are over, the system will go into production," he said.

The Krasukha mobile EW system is designated to protect command posts, groupings of forces, air defense capabilities and vital industrial and administrative facilities. The system analyzes the signal type and impairs enemy radar stations by powerful jamming emissions. As a result, enemy aircraft lose their capability to detect targets and aim their precision weapons against them.

The Rtut-BM tracked EW system is designated to protect manpower and military hardware, as well as the areas of troop’s amassment, mobile and stationary command centers against missiles, shells, mortar projectiles and guided high-explosive munitions equipped with radio fuses on an area of 50 hectares.

"Based on the experience of operating existing systems, we are now developing a principally new electronic warfare system. It is at the stage of state trials. As soon as they are over, the system will go into production," he said."

Ehhh I hate teasing like that. In their 2018 pdf book they have talked a lot about photonic EW systems than at the end of their book hinted the maks 2019 airshow. I guess I will be on the lookout for their 2019 book.
Cyberspec

The first 'Palantin' complex has been used during a recent exercise for the first time. It consists of 22 vehicles and is able to cover an entire Army grouping