Best part is they claim it has a range of 2.600km and that it harms US security. I didn´t know that the Atlantic is so narrow.

Well actually a 2,600km range and base it in the north in the arctic or in the far east it would cover most of the areas they intend to put AEGIS class cruisers during WWIII to shoot down Russian ICBM warheads on their way to the US... if they could destroy ships then the US would be in trouble... the MK-41 launcher is interesting but not magical... if the ship is to be used to shoot down satellites and ICBM warheads in low earth orbit then they want SM-3 missiles which would be useless against cruise missiles and hypersonic missiles... but then the flight speed of these cruise missiles would require the Russians to know the US was about to mount an attack... though the positioning of AEGIS cruisers in various places at a time of heightened tension would be a clue...
George1 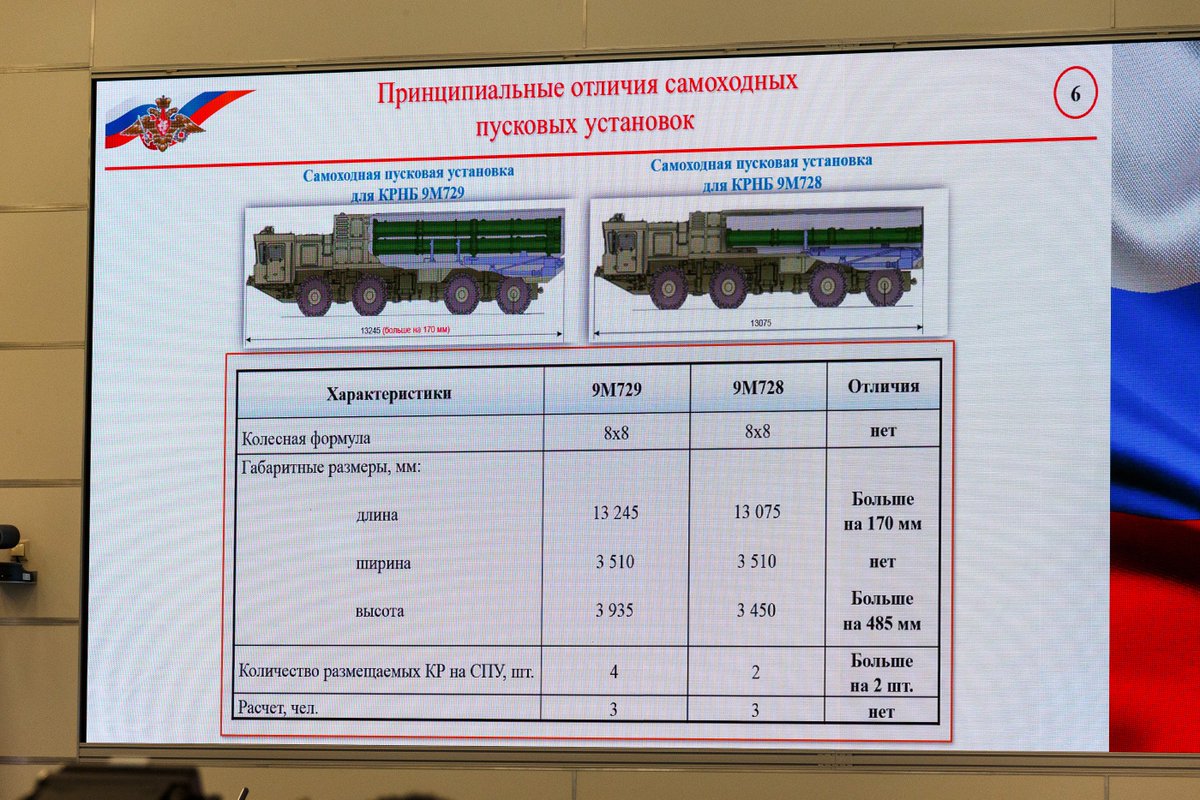 I think we can be certain that 9M729 is just a somewhat "modernised" 9M728.  The idea that it was a full-range land-launched variant of Kalibre LACM is just Murkan propaganda.

The Murkan trash-regime simply wanted to dump the INF treaty (as it didn't include China), and they figured that a propaganda campaign to blame the Russians for "cheating" was the best way to make the poison pill more (publically) palatable for their Eurofaggot slaves whose security the Murkan decision would greatly undermine (an entire class of nuclear weapons eliminated from the European theater and the Murkans scrapped this pivotal landmark agreement just so they could start developing new MRBM/IRBMs for basing in places like Guam? Can one be any more criminally selfish?

As usual, the Eurotrash begrudingly obeyed their Master like the pathetic bunch of spineless cuckolds they are.... How can anyone respect a bunch of nations that are so weak-willed that they will allow their leash-holder to deliberately dial-down their nuclear security in such a fashion without a official (and public) outcry????