According to the Thai web resource AAG , at a reporting event held in June 2020 in the 1st Air Defense Regiment of the Thai Navy, materials were presented indicating the imminent entry into service of the regiment of the new Chinese land-based mobile medium-range anti-aircraft missile system FK- 3. In particular, a stand was demonstrated with instructions for operating the FK-3 and various materials and photographs on this complex. Launcher of the Chinese HQ-22 medium-range mobile surface-to-air missile system, the export version of which is the FK-3 complex acquired by the Thai Navy. Chkhuhai (China), November 2016 (c) Mikhail Zherdev

The conclusion of a contract for the purchase of the FK-3 air defense system for the Thai Navy was not publicly reported, but it is known that in June 2019, the Thai Navy's procurement department issued tender documents for the acquisition of a medium-range ground-based air defense system, with a maximum price of 1.97 billion baht (63.983 million USD).

It is unclear how many FK-3 complexes have been ordered (or are planning to be ordered) by the Thai Navy, but, according to the AAG resource, it is planned to purchase at least four batteries (divisions) in total, although the original contract could have been concluded for a smaller number.

In 2018, the 1st Air Defense Regiment of the Thai Navy, responsible for covering naval bases and airfields of the Thai Navy, was divided into two air defense regiments (1st and 2nd), each of which has two air defense divisions (respectively, 11th and 12th, and 21st and 22nd). Now in the armament of these air defense divisions there are only Chinese HQ-18 portable air defense systems and outdated towed anti-aircraft artillery mounts - 40-mm Bofors L / 70 and Chinese 37-mm twinned type 65 (copies of the Soviet B-47). Earlier, in the 1st Air Defense Regiment of the Thai Navy, the battery of the Chinese DK-9 short-range air defense system with towed launchers of Chinese PL-9 short-range air-to-air missiles was operated, but this system has now been removed from service in Thailand.

The Chinese FK-3 medium-range anti-aircraft missile system isan export version of the HQ-22 air defense system, which has been massively entered into service with the PLA since 2016. The HQ-22 complex itself is a further development of the well-known Chinese air defense system HQ-12 (KS-1 series) and is developed and manufactured by Jiangnan Space Industry Corporation (also known as the "061st base"), which is part of the Chinese state rocket and space China Aerospace Science & Industry Corporation Limited (CASIC). SAM HQ-22 uses, in particular, new anti-aircraft guided missiles in transport and launch containers.

According to the characteristics previously announced by the manufacturer, the export FK-3 air defense system has a target destruction range of up to 100 km. and the height of the defeat up to 27 km.

Earlier, in 2020, another (but, apparently, already second after the actual Thai Navy) Chinese customer SAM FK-3 made Serbia.

Also, it is worth noting that the Thai Air Force in 2016 acquired at least one division of the Chinese export medium-range air defense system KS-1CM - an export version of the HQ-12 complex, the predecessor of the HQ-22 complex. Materials on the Chinese FK-3 medium-range ground mobile anti-aircraft missile system at the reporting event of the 1st Air Defense Regiment of the Thai Navy, June 2020 (c) aagth1.blogspot.com 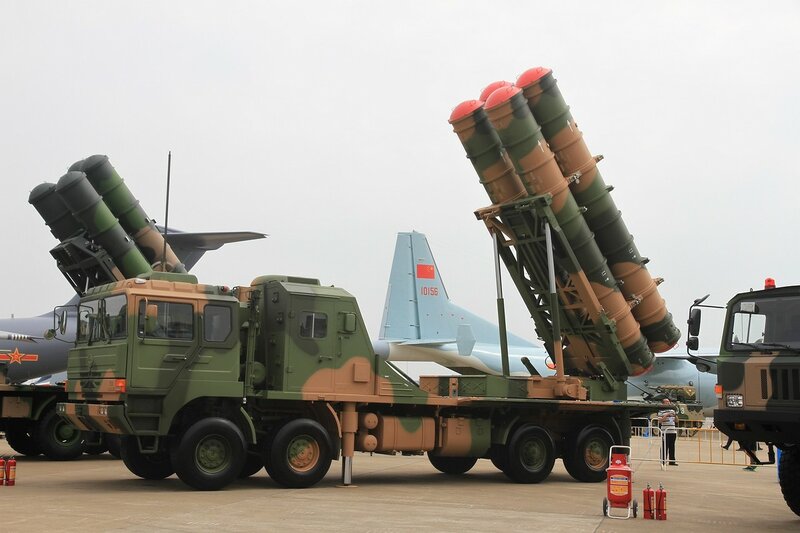