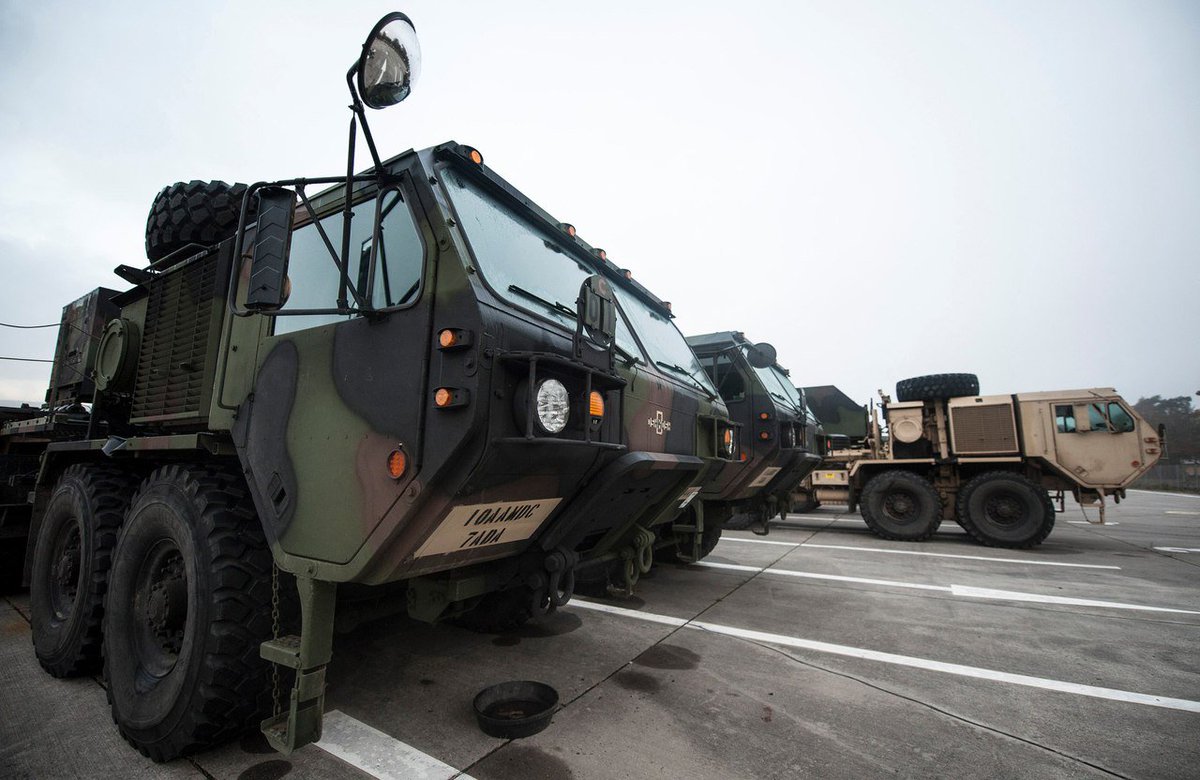 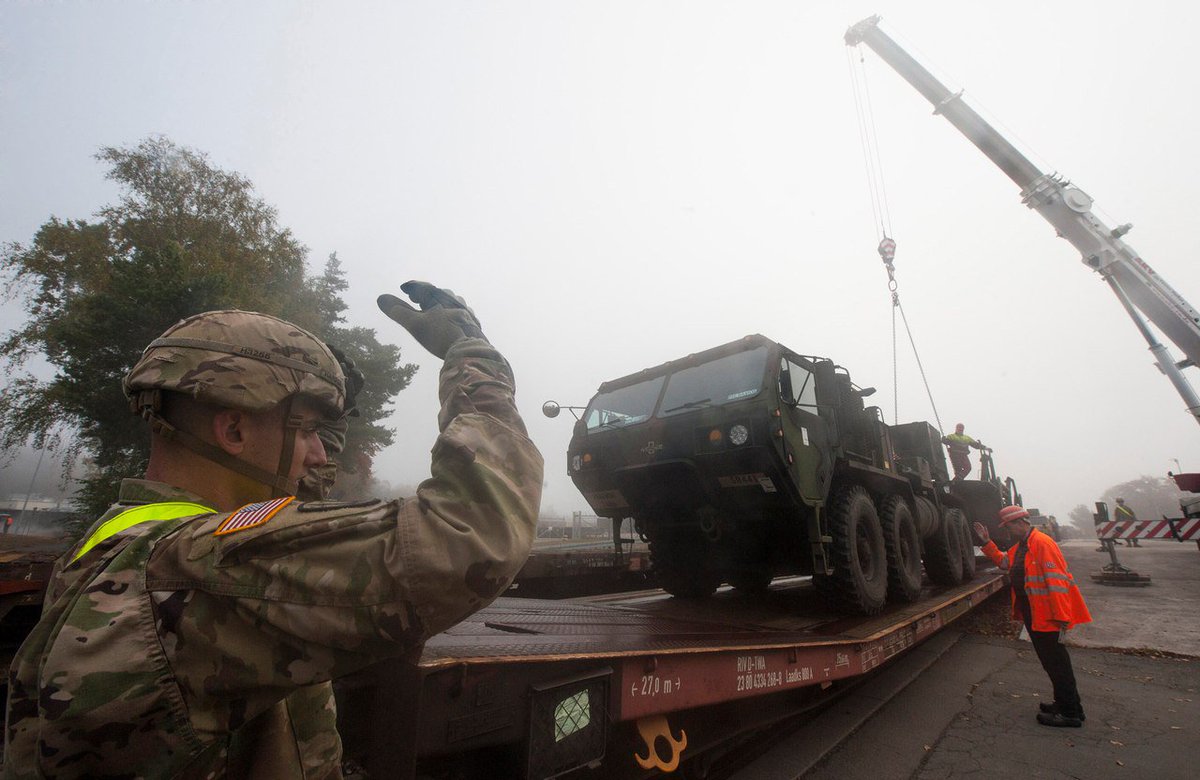 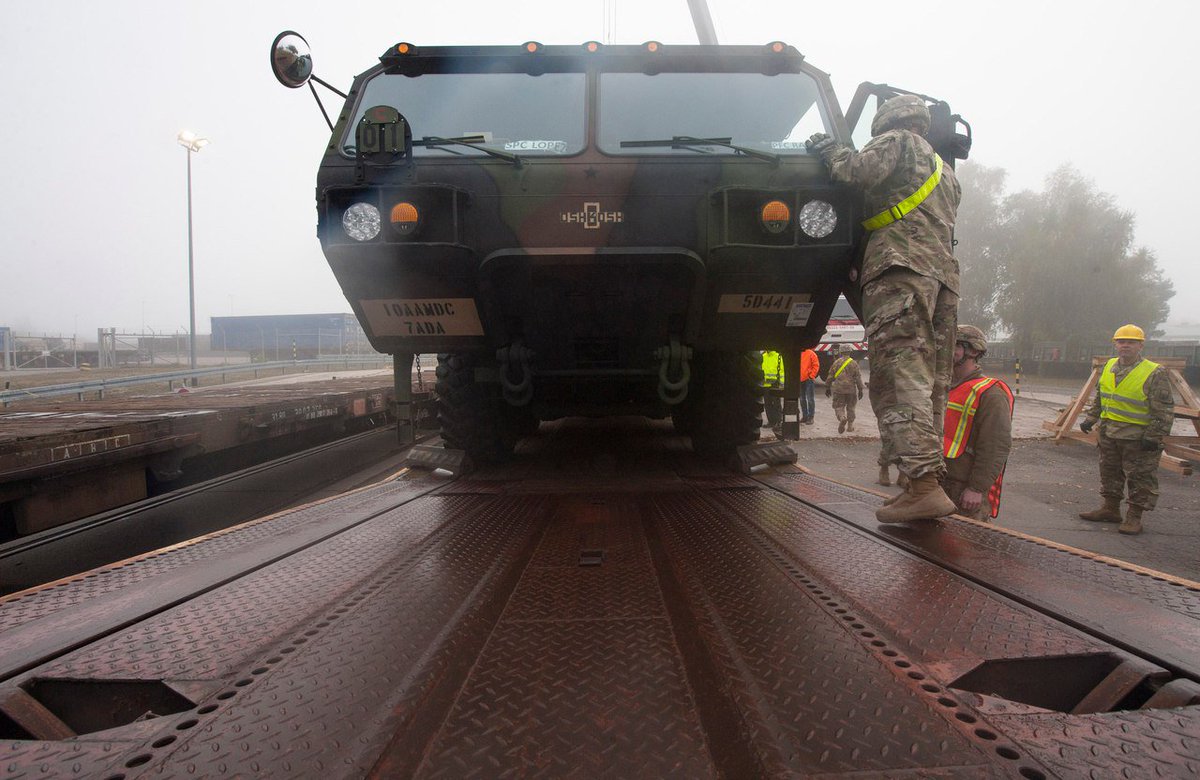 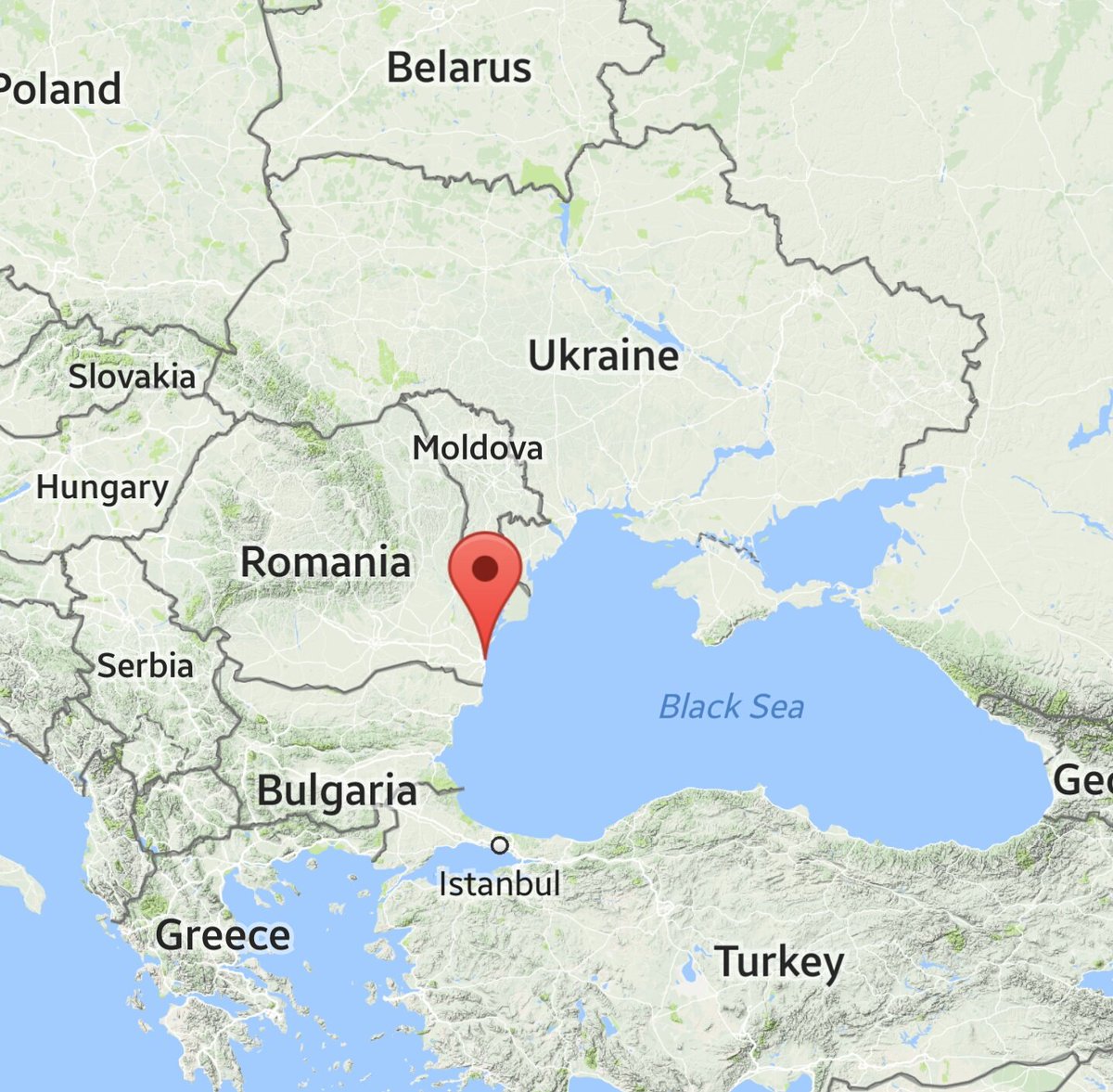 The upcoming sale of the Patriot antiaircraft missile system in Romania

The Defense Security Cooperation Agency (DSCA) on July 10, 2017, sent a notice to the US Congress about the forthcoming sale of seven foreign military sales (FMS) of intergovernmental foreign military sales to the seven Patriot anti-aircraft missile systems. The sale is authorized by the US Department of State. The estimated cost of delivery will be $ 3.9 billion.

Recall that for the first time about the planned agreement on the delivery of Romanian Patriot Romanian missile corporation Raytheon reported in April.

Building readiness: Romanian base gets an overhaul to strengthen NATO forces

CINCU, Romania — Some major improvements are underway at the Joint National Training Center in Romania that are designed to ultimately strengthen capability across NATO forces, and it’s being made possible largely by U.S. funding through the European Reassurance Initiative.

Roughly $23 million in funding — provided through the account designed to bolster initiatives to reassure European allies and deter an aggressive and unpredictable Russia — is going toward the construction of a massive nonstandard live-fire range for tanks, a sniper range, a light demolition range and ammunition storage among a few other infrastructure efforts.

WASHINGTON, Aug. 18, 2017 - The State Department has made a determination approving a possible Foreign Military Sale to Romania for High Mobility Artillery Rocket Systems (HIMARS) and related support and equipment.  The estimated cost is $1.25 billion.  The Defense Security Cooperation Agency delivered the required certification notifying Congress of this possible sale on August 17, 2017.

According to the aviation resource Scramble.nl , on August 14, 2020, the first two of the five additionally purchased for the Romanian Air Force from the presence of the modernized Lockheed Martin F-16AM Fighting Falcon fighter in Portugal arrived at the Borcea-Fetesti airfield in Romania. Aircraft with Romanian side numbers " 1614" (formerly Portuguese number "15132") and "1616" (formerly Portuguese number "15135") made an independent flight from the Portuguese airbase Monte Real. The Lockheed Martin F-16AM Fighting Falcon of the Romanian Air Force (Romanian side number " 1614", former Portuguese number "15132", former US Air Force number 83-1080), which arrived in Romania, purchased from Portugal from stock .

A contract worth 130 million euros for the purchase by Romania of five F-16AM fighters (previously upgraded under the MLU program) from the Portuguese Air Force under the US-supported Peace Carpathian II program was signed on January 27, 2020, the price of the contract includes the repair and refinement of aircraft by the Portuguese Air Force during participation of the Portuguese aircraft repair company OGMA-Indústria Aeronáutica de Portugal. After receiving the first two on August 14, two more aircraft are expected to be handed over to Romania in October 2020, and one in early 2021. Their Romanian side numbers are "1613", "1615" and "1617" (formerly Portuguese FAP 15122, 15134 and 15141).

The aircraft will join the 53rd Fighter Squadron of the 86th Locotenent Aviator Gheorghe Mociorniţă Air Force Base of the Romanian Air Force at the Borcea Fetesti airfield. This squadron already includes 12 F-16AM / VM fighters, purchased in a similar manner in Portugal under an agreement in 2013 and received in 2016-2017 (Romanian side numbers from "1601" to "1612"). Thus, by the beginning of 2021, Romania will have 17 F-16AM / VM fighters in service - 14 single-seat F-16AM and three double-seat F-16ВМ. 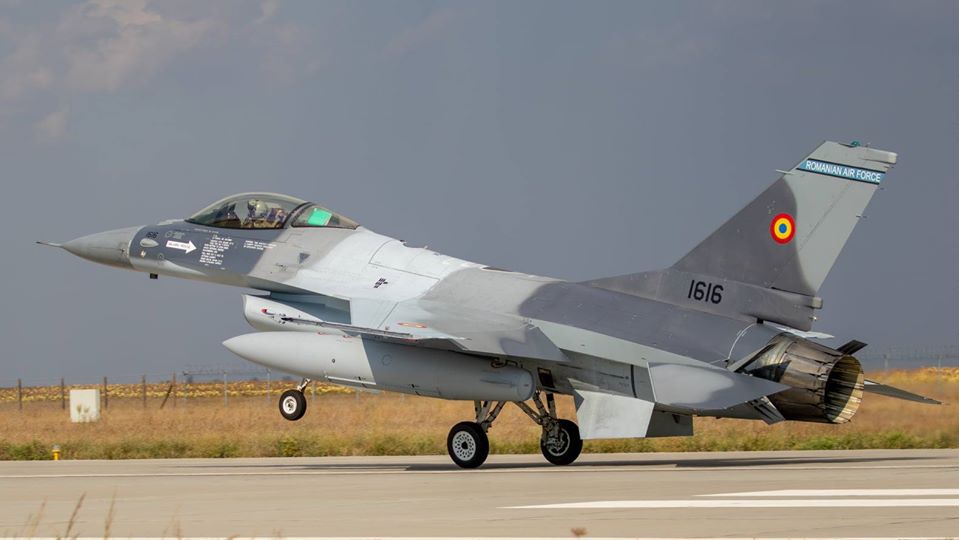 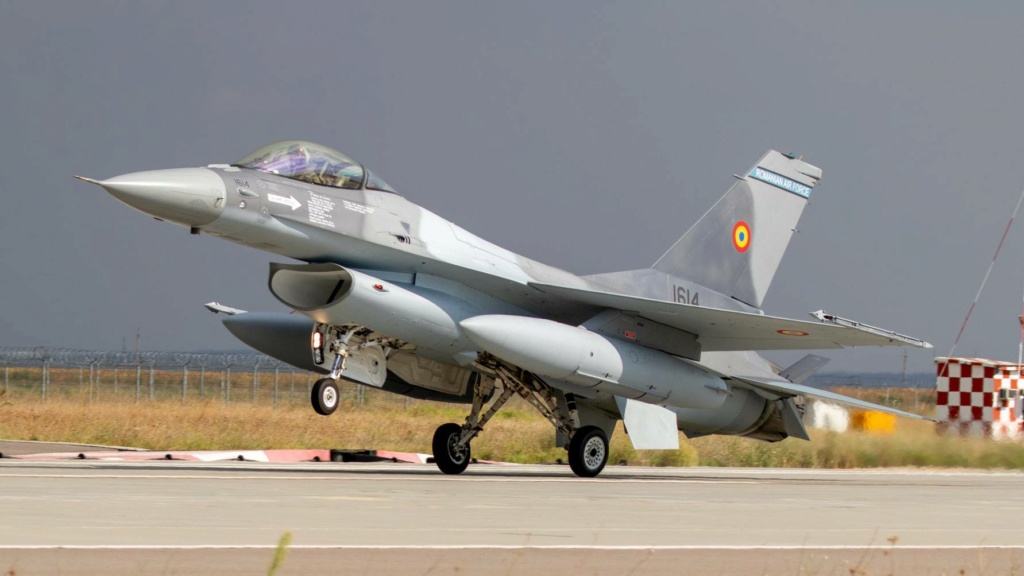 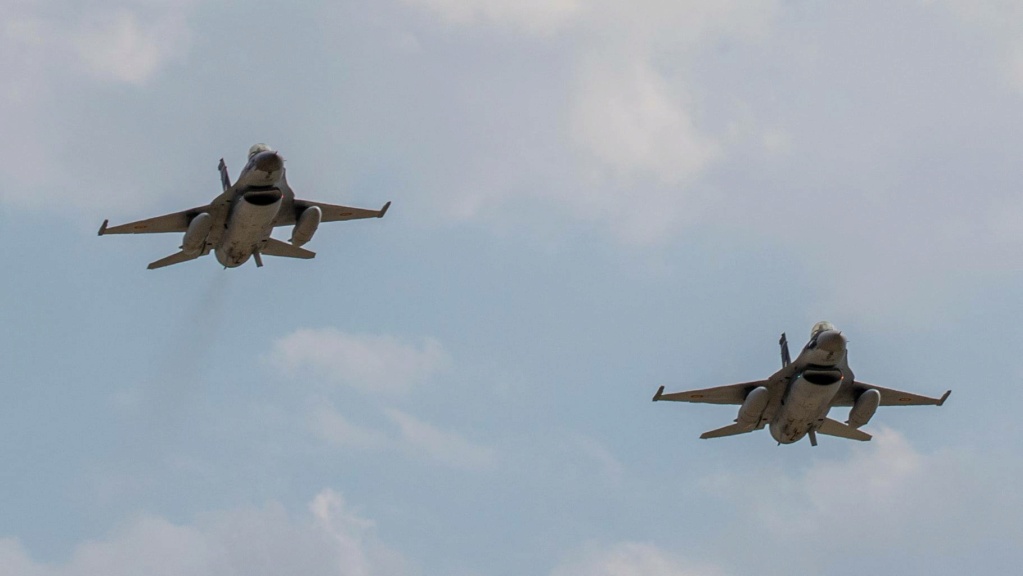 Recall that at the end of 2017, Romania entered into an intergovernmental agreement with the United States on the acquisition, through the American intergovernmental program of foreign military sales (FMS), seven batteries of the Patriot PAC-3 + anti-aircraft missile system of a new production for an amount (according to Romanian sources) of about 4 billion dollars, including anti-aircraft missiles PAC-2 GEM-T and PAC-3 MSE. Of the seven Patriot PAC-3 + air defense systems, four batteries are intended for the Romanian Air Force and three for the Romanian ground forces.

Earlier in July 2017, the US Department of Defense's Defense Security Cooperation Agency (DSCA) sent a notice to the US Congress of the upcoming sale of seven Patriot anti-aircraft missile systems to Romania through the FMS with a total estimated cost of $ 3.9 billion.

The first elements of the first Patriot air defense missile system battery were delivered to Romania in early August 2020, and now the first battery has been transferred to the Romanian Armed Forces as part of the National Air Defense Training Center of the Romanian Air Force, where it will be used for training purposes, primarily for training specially formed personnel in 2019, the 74th anti-aircraft missile regiment (Regimentului 74 PATRIOT) as part of the 1st anti-aircraft missile brigade (Brigada 1 Rachete Sol-Aer “General Nicolae Dăscălescu”) of the Romanian Air Force. The next three batteries of the Patriot air defense system will arrive by the end of 2022 and will form the armament of the 74th regiment. Subsequently, in 2024-2026, three Patriot air defense missile systems will also be delivered for the Romanian ground forces.

Saber Guardian 19 is an exercise co-led by the Romanian Joint Force Command and U.S. Army Europe, taking place from June 3 - 24 at various locations in Bulgaria, Hungary and Romania.