Ph.I The first kilometer of the new high-speed railway has been laid, making 200 km/h a new reality *

Ph.III RZD International has finished construction of tracks on Jejelev bridge over the Danube river contracted by the Spanish construction group AZVI ***

The first kilometer of the new high speed railway in Serbia has been laid on the Stara Pazova-Indjija section, where train speeds will reach 200 km/h.

The company RDZ (Russian Railways) International announced that it had started permanent way construction for the speed of 200 km/h on the 7-kilometer long section.

This section is the part of the Stara Pazova-Novi Sad route, where RZD International is carrying out works under the Additional Agreement 3.2. on reconstruction of the existing and construction of the new double-track railway. The overall length of the section exceeds 40 kilometers, the company said.

This agreement provides for construction of a double-track railway line, two viaducts, two galleries, 19 bridges and overpasses and 36 small bridges. Moreover, the Russian company will build the new station Beska with the pedestrian underpasses, reconstruct Indjija, Sremski Karlovci and Petrovoradin stations with pedestrian underpasses as well and the Karlovacki Vinogradi roadside station.

"Clearing of the site has already been finished and access roads for the construction machinery were built. Old tracks, parts of the catenary network and wayside telecommunication and interlocking system devices were dismantled. The works on the roadbed, discharge ditches, culverts, drainages and passenger platforms are under way. At present, there are more than 170 people, 111 units of construction and track machinery involved in the project."

This project will result in increasing the traffic speed on the Stara Pazova-Novi Sad section up to 200 km/h, as well as the throughput capacity of the line and the railway operation safety level. The contractual price of the Agreement, signed in November 2017, is about USD 248 million, while the works are scheduled to be completed in 2021, the company announced.

Under the Additional Agreement 3.1. to the main Contract, RZD International is actively constructing the two gross structures that have no analogues in Serbia — the Cortanovci tunnel and 3 km-long viaduct in the floodbasin of the Danube River.

And it's coming with its bodyguards, Pantsirs

Which could suggests they will stay there as a permanent deployment closing Ukraine on both sides.

I doubt the S-400 will stay at this stage (it's more of a political message) but the Pantsir's which Serbia has ordered might. Apparently they don't have registration plates, which are normally present on vehicles in Russian service

Pantsir at Batajnica (near Belgrade) 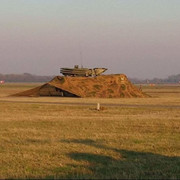 Cyberspec wrote:I doubt the S-400 will stay at this stage (it's more of a political message) but the Pantsir's which Serbia has ordered might. Apparently they don't have registration plates, which are normally present on vehicles in Russian service

Pantsir at Batajnica (near Belgrade)

The thing is that even S-400 don't have any Russian marks, including registration plates.

littlerabbit wrote:The thing is that even S-400 don't have any Russian marks, including registration plates. 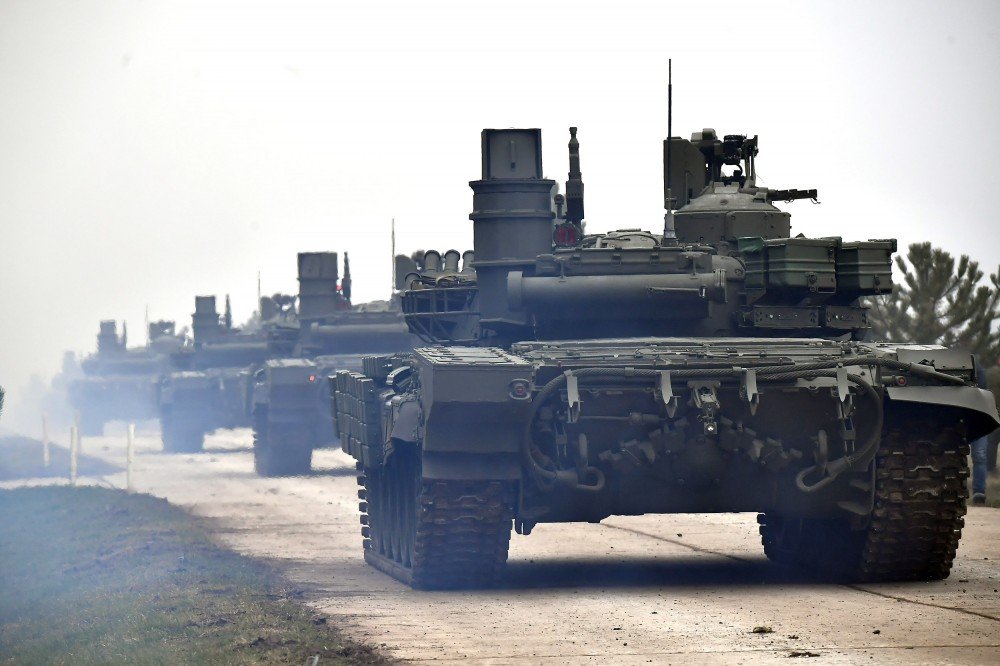 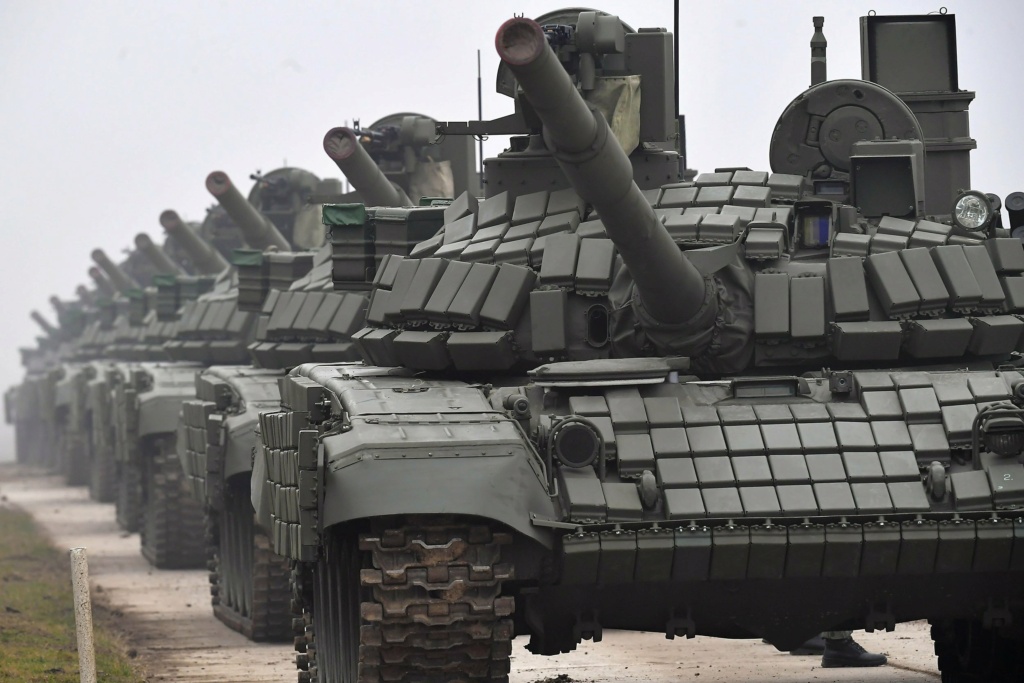 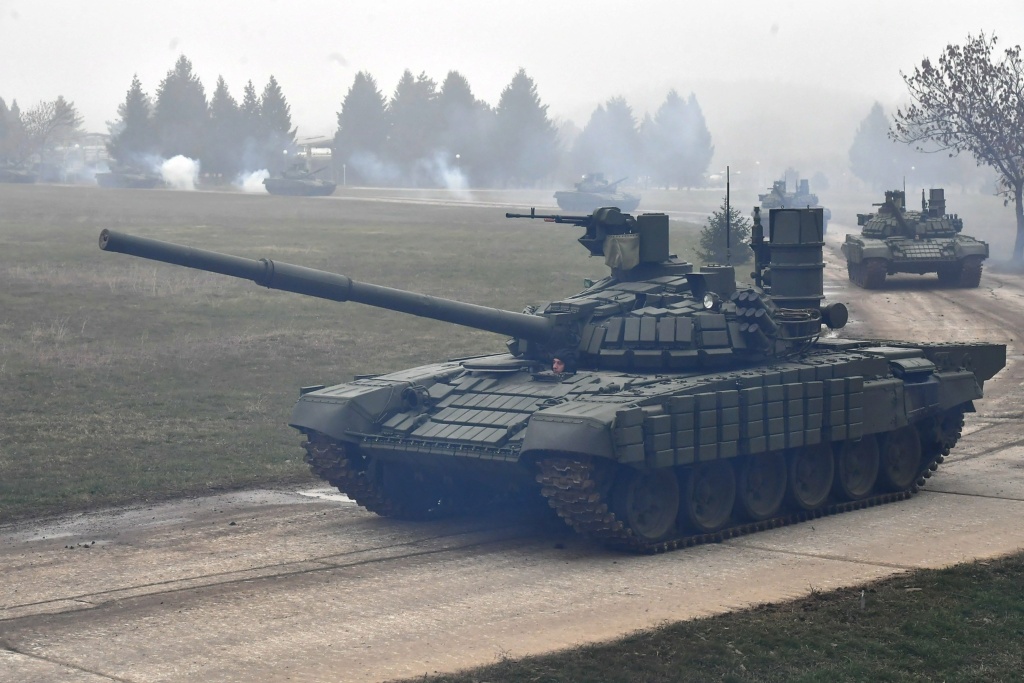 "It is a historic moment for Serbia,"Serbian Innovation and Technological Development Minister Nenad Popovic, head of the intergovernmental committee for cooperation with Russia, said

BELGRADE, July 10. /TASS/. It is a historic moment for Belgrade that the Free Trade Agreement between Serbia and the Eurasian Economic Union (EAEU) came into effect on July 10, Serbian Innovation and Technological Development Minister Nenad Popovic, head of the intergovernmental committee for cooperation with Russia, told TASS on Saturday.

"It is a historic moment for Serbia. As a result of our excellent political relations, new prospects for the development of our economic ties have opened, which is of crucial importance for our state, economy and citizens. With this agreement coming into effect, Serbia’s economy will be able to export almost all the goods produced in the markets of the Eurasian Economic Union, which has about 200 million people, without trade duties," Popovic said adding that "it is an exclusive advantage compared to all the other countries in Europe and the world."

"As a minister in the Serbian government, I will do my utmost to use this advantage to the full, so that with the state’s systematic strategic support, the Serbian economy can take as best position in this market as possible and can export as much as possible in the future. At the same time, I would like to invite investors from Russia and the EAEU to invest in Serbia. The Serbian government provides high subventions for the new jobs. We are developing an excellent transport infrastructure, and we have perfectly educated engineering staff. Thanks to this, Serbia has been a global leader in attracting direct foreign investments in the past few years," the Serbian minister said.

On July 10, the Free Trade Agreement between Serbia and the EAEU, which was signed on October 25, 2019, entered into force. Serbia mainly exports metals (steel, copper), high technology, machinery and equipment, agricultural products, foodstuffs, petrochemicals, electricity and medicines to other countries.

Russian Railways International has completed laying the railway track on the viaduct on the Stara Pazova-Novi Sad section.

Russian Railways International has completed the installation of the last link of the railway on the Chortanovci viaduct of the Stara Pazova-Novi Sad section in Serbia. This was reported on Tuesday by a TASS correspondent from the scene.

The ceremony was attended by Serbian President Aleksandar Vucic, Russian Ambassador to Belgrade Alexander Botan-Kharchenko,as well as the management of Russian Railways.

"And now is a symbolic moment: we are connecting the tracks of the Stara Pazova-Novi Sad road" – Mansurbek Sultanov, head of the Russian Railways International branch in Serbia, said.

"It looks incredible, and the view of the Danube and the tunnel, as if we are in Switzerland. We are completing an important project, and I would like to point out to the audience not only its significance, but also the beauty of this object. Many thanks to our friends from Russian Railways, Russian and Serbian builders. Soon people will be able to drive here at a speed of 120-200 km/h" – Vucic said, watched the last link being laid from the train cabin.

Addressing the audience, Vucic stressed the importance of building such facilities for Serbia's progress. He announced numerous new infrastructure projects in the country. "I congratulate the citizens of Serbia! In 6 months, together with the Russian Ambassador, we will be the first to pass along this route from Belgrade to Novi Sad" – the Serbian leader said.

The most complex object in the region

In turn, Russian Railways CEO and Chairman of the Management Board Oleg Belozerov, who was present at the ceremony, congratulated the audience on the completion of the next stage of railway construction in Serbia. He called the completed tunnel and viaduct across the Danube the most technologically complex project in the region. "In the near future, the national railway system of Serbia will reach a completely new level" – Belozerov said.

Russian Ambassador to Serbia Alexander Botan-Kharchenko called the installation of the last link a historic moment for Serbia and Russian-Serbian cooperation.

Russian Railways International has been carrying out modernization and construction of Serbian railways since 2014 under a contract signed in 2013. The total amount of the agreement is $941 million, of which $800 million is financed from the state export credit granted by the Government of the Russian Federation to the Government of the Republic of Serbia. Currently, the reconstruction of the Belgrade - Pancevo, Resnik - Valevo lines and infrastructure facilities has been completed as part of the development of the Pan-European Transport Corridor X, and 27 Russian-made diesel trains have been delivered to Serbia.

Currently, Russian Railways International is carrying out large-scale construction works on the 40.4 km long Stara Pazova-Novi Sad section of the Belgrade - Budapest line for train speeds of up to 200 km/h. The project is expected to be completed in 2021. 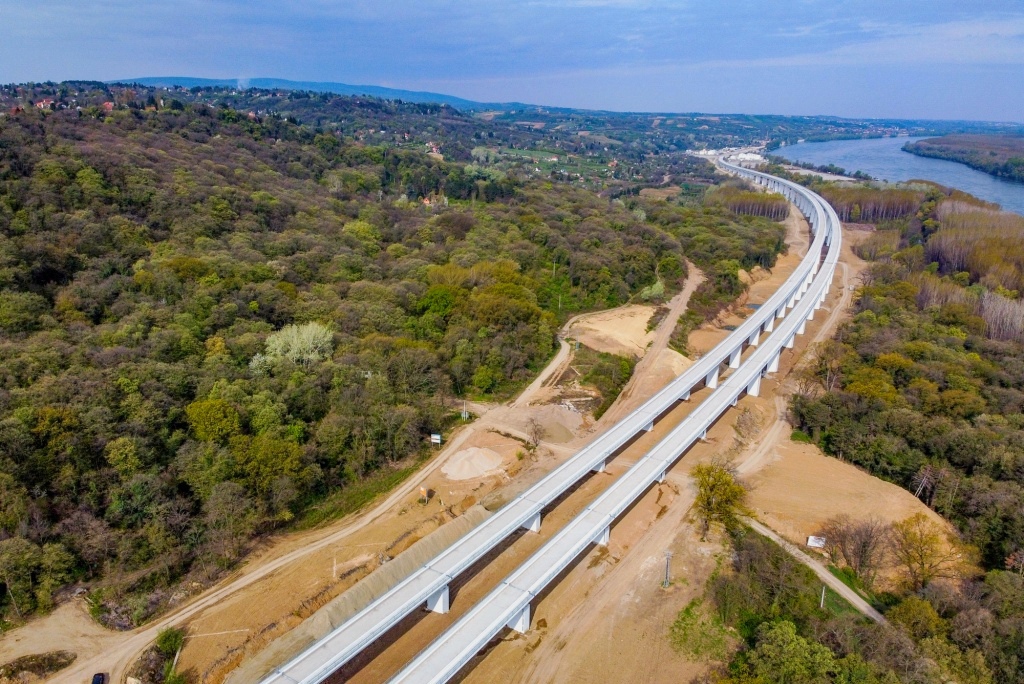 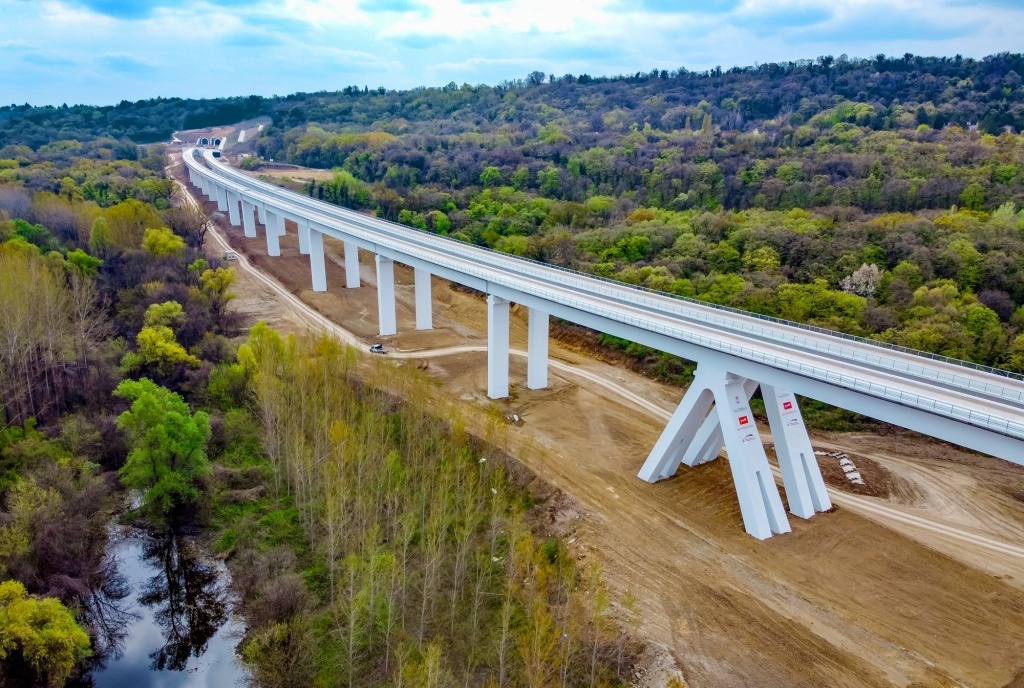 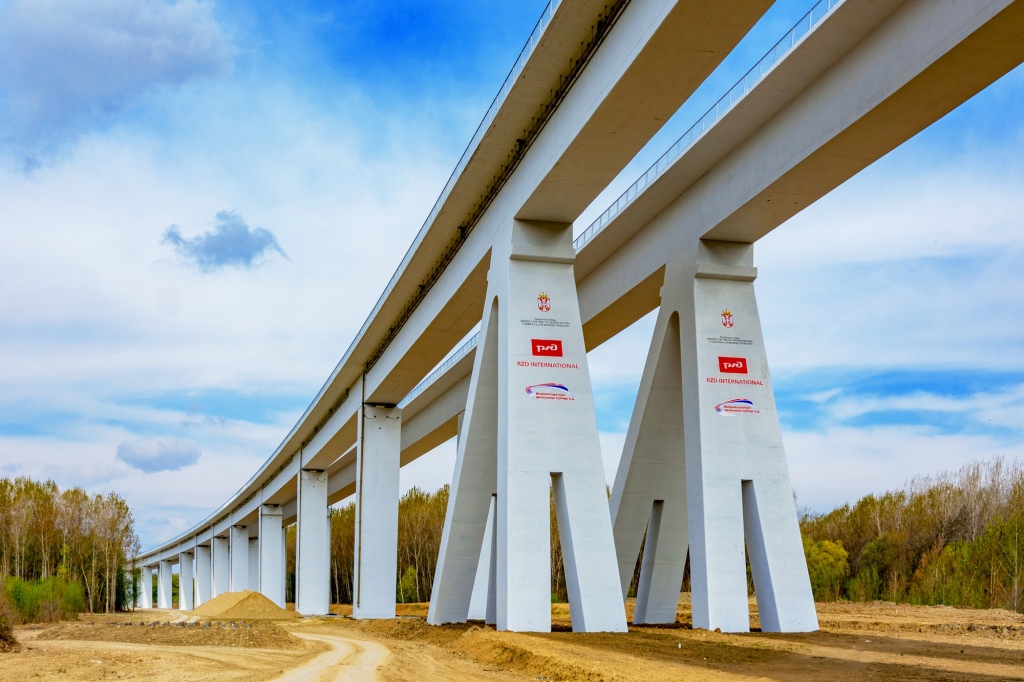 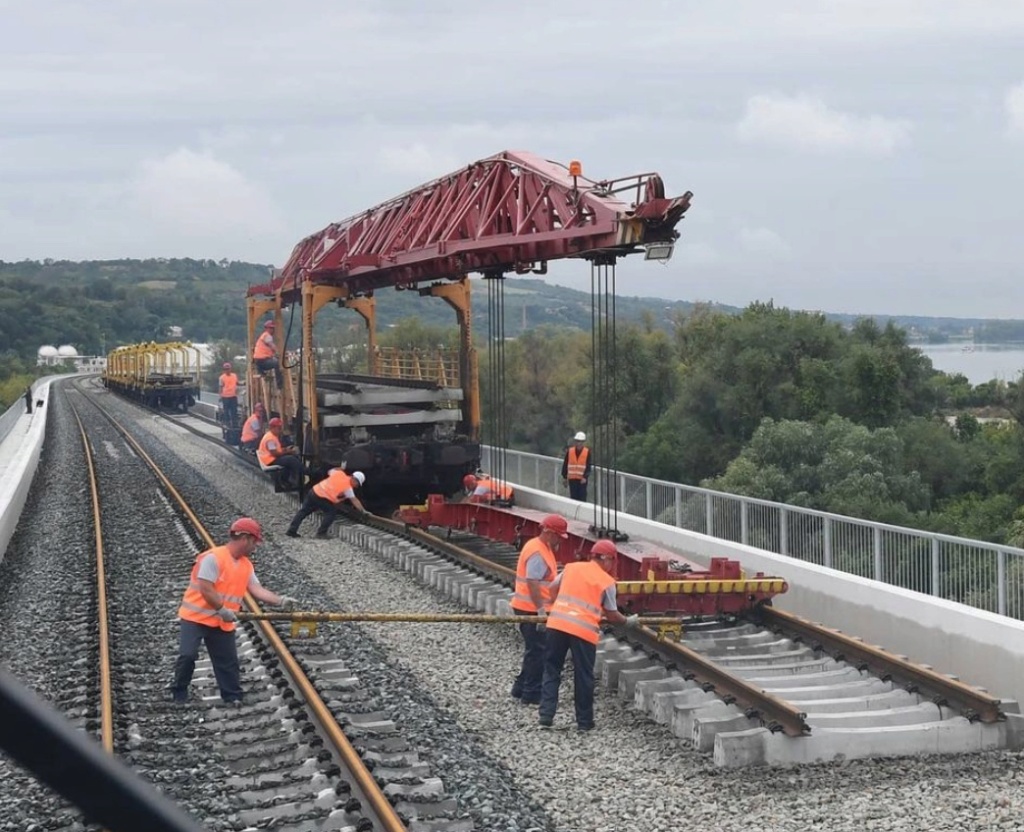 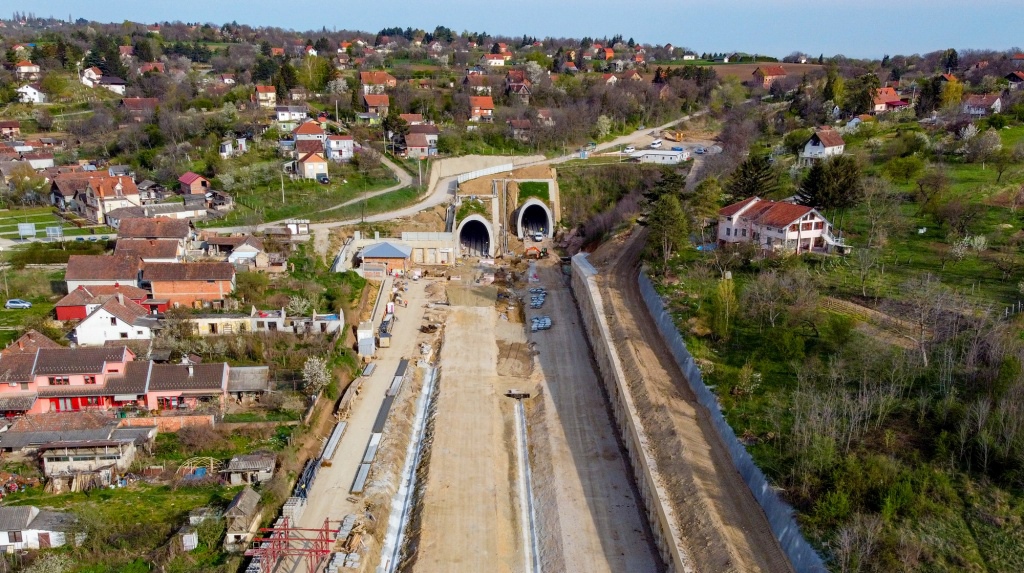 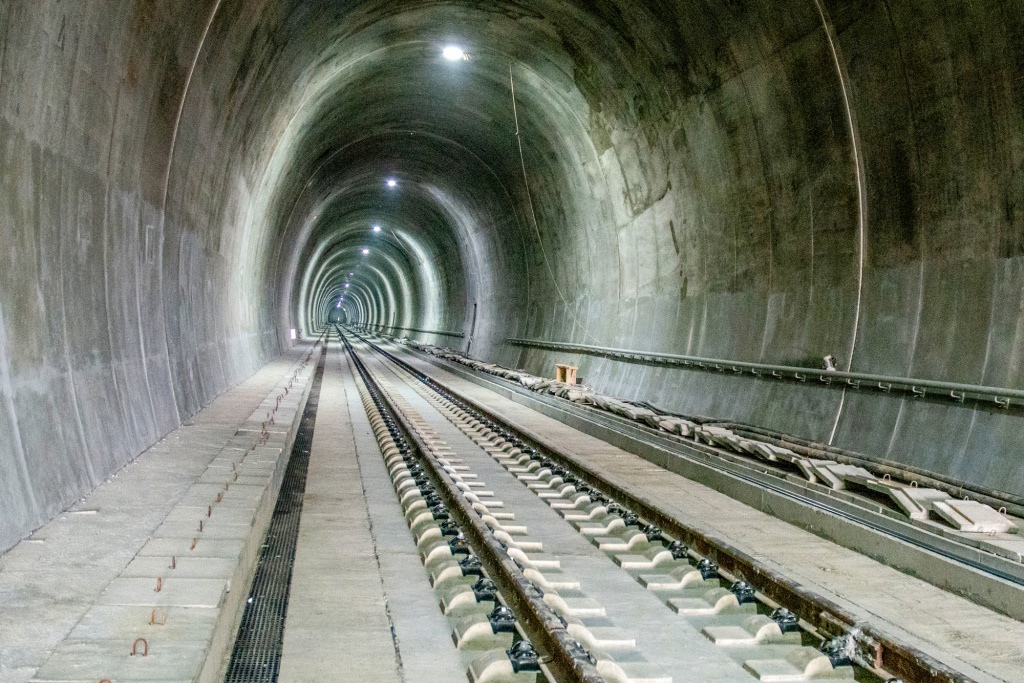